To all the keyboard warriors here, who say we csn strike this that, this within our reach and so... If you think their base is in our reach so is ours in their reach... and they have more weapons, do no underestimate the chinese like we did in 62.... at this time what we can do is to stop rely on china and grow our local industry... support with weapons and diplomacy to anyone who has problem with China

May Allah forgive the deceased and grant patience to the bereaved. Makhdoom Shah Mehmood Qureshi

May Allah forgive the deceased and grant patience to the bereaved. Makhdoom Shah Mehmood Qureshi
Click to expand...

I think the hutiya translator is at fault again.
PTV tweeting some other leader died and all condolences are pouring in.
SMQ is still in hospital though.

I'm with Oli on this one

mokoman said:
major city of India and an important military base

Then you will definitely get nuked .

aghamarshana said:
I think the hutiya translator is at fault again.
PTV tweeting some other leader died and all condolences are pouring in.
SMQ is still in hospital though.
Click to expand...

There has been no tactical advance made in recent past. Few points earlier cleared of Pakistani forces remain clear, mainly certain troublesome spurs and saddles which provided the enemy an excellent enfilade.
Click to expand...

Flying Dagger said:
I was going through articles on new Russian rifles. And I came across this sniper rifle with 5 km+ range. It uses a heavy round for sure.

The sound created might be really high too and will need to suppress it using silencer. But in the mountain region such sniper will come handy since it is pretty easy to locate enemy if you have height advantage.

Army should really look into the training and purchase of such for Himalayan region.

Next they can arm the civilians of the border region so that they can provide some deterrence once they see enemy patrolling inside our area.

If Chinki takes hit from civilian or man dressed as civilian it would give army an excuse while chinks can cry as much.
Click to expand...

Will this be enough firepower? - vidhwansak rifle 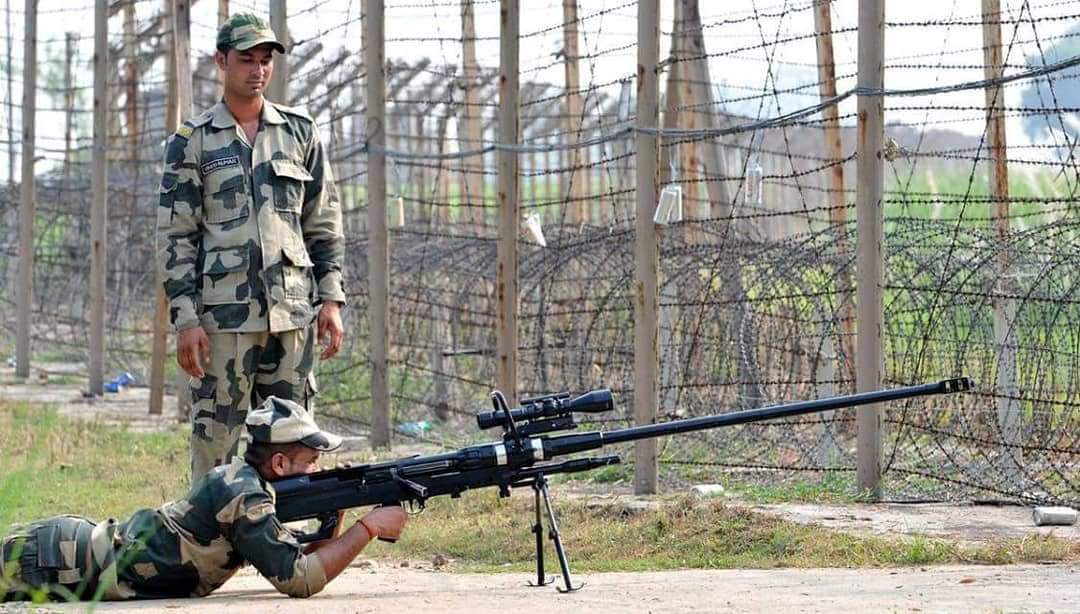 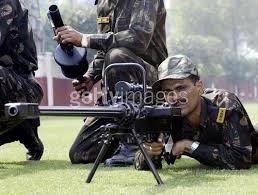 Hellfire said:
Its a game of maneuvering to 'dominate' the area now. That is ongoing.
Click to expand...

Heyy... Missed your posts in PDF.. those bastards banned me for life Haha

So are you saying IA still carrying out aggressive patrols ??

Sridhar_TN said:
If I’m not wrong, Shaurya is hypersonic. It’s faster than brahmos. I don’t hunk that would be used for targetting supply lines. Ideally, you would want to use that for targetting S400s

Also, is the shaurya under production? I thought it was an experimental/test platform.
Click to expand...

Shaurya follows ballistic path and if bmd is their it can be intercepted. So little chance first attack against S400 site will come through Shaurya. After neutralising s400 With Brahmos (even though missile is not anti radiation but with more than 400 km range no anti radiation missile is available to destroy S400) we will use 700 km range missile with 1 ton payload instead of brahmos with 300 kg warhead and 450 km range, to destroy different bases. As previously shared by few senior members here shaurya is in production.

cereal killer said:
I'm with Oli on this one

Hate to break this to you that she is 50 years old.
But, even with that "mera dil nahi maanta yeh chamgadad khaati hogi".

cereal killer said:
Those 6.7k people who liked his post are 0.5 front

. These kind of f****s should be tried under PSA act & thrown in prison

my point is they have a 2000km buffer between their capital and us .we don't . Not that they will hit us MBRLs.
Click to expand...

There for it is necessary to push China further away. The only way to do it is by recapturing laddakh.

Ohhh now I know why oli has lost all his sense and have gone full crazy.

Defence employees across India to protest

Published July 5, 2020 | By admin SOURCE: TNN Defence civilian employees all over the country will observe a nationwide protest day by holding demonstration on July 3 — while also maintaining social distancing — on the call of the central trade unions and independent federations like the All India Defence Employees’ Federation which represents 4 Lakh defence employees. The demonstration will be against the government’s decision to corporatise Ordnance Factory Board, allow private players to operate army workshops, abolition of posts in military engineer service and army units, outsourcing and FDI in defence, reduction of manpower in DGQA (directorate general of quality assurance), general dilution of labour laws among others. “The demonstration will be a united and combined one in which Unions affiliated to AIDEF, INDWF (INTUC), BPMS (BMS), LPF and other Unions and Association will also participate in the demonstration,” a statement issued on Thursday read. The federations of the defence civilian employees will take a decision after the second week of July to fix the date of commencement of the indefinite strike by the 41 Ordnance factory employees against the proposed move of the Government to corporatize the ordnance Factories and then to privatize it.

VIPUL021969 (@vipul021969) Tweeted:
@globaltimesnews Very funny. Sho me a single reference of DF21 tested against any naval target. Your paper propaganda missile will not work against US a/c. As per one study, China will loose its 40 % navy to sink one US aircraft carrier. Continue your propaganda to impress chinese people.