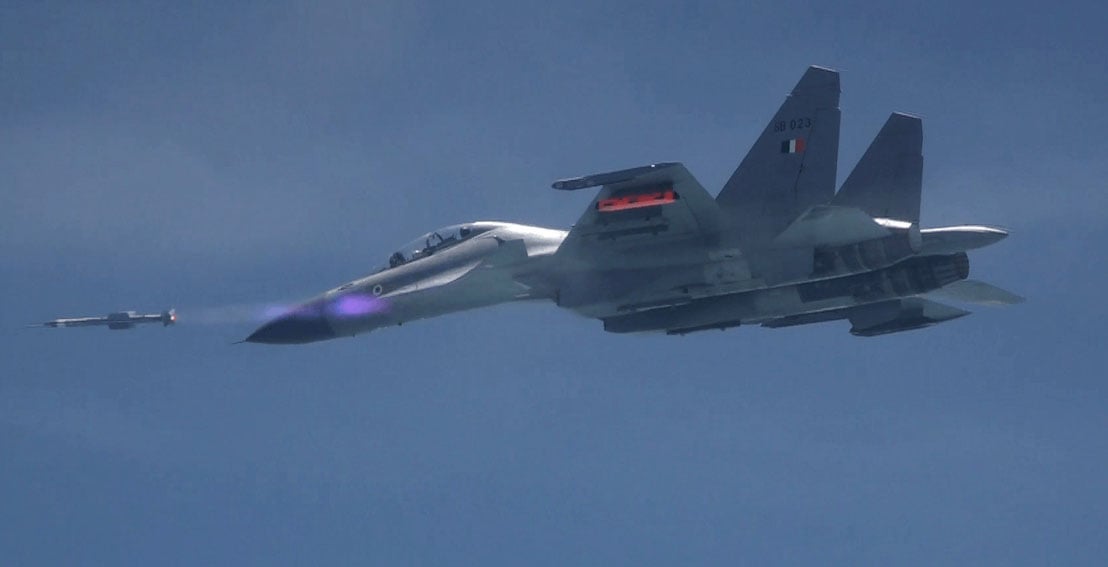 Modern BVR air combat has evolved from just trying to engage your enemy from a far-away distance to a more sophisticated doctrine involving not only disabling your enemy but also as area-denial, posturing, and active defense.

Although BVR Combat tactics and doctrine is a topic of immense content, we will try to keep it short by focusing only upon basics and a few important scenarios. Let’s start small, let’s look at basic BVR combat tactics and their reasons.

Assumption:- Both attacking and defending parties know how to optimally attack and defend in BVR combat scenario

When attacking the enemy, keep these things in mind -
BVR Defence Tactics -

If a BVR missile has been launched at you, or you suspect a missile is being headed towards you, follow these tactics -
Split - S is a very common, yet equally effective maneuver in air combat.
Now that we know basic tactics, let’s dive more into some particular tactics employed using BVR missiles, these, if executed correctly, can change the outcome of the air battle.