The Modern Beyond Visual Range air combat has evolved from just engaging your enemy from a far-away distance to a more evolved and sophisticated doctrine involving not only disabling your enemy but also as area-denial, posturing, and active defense.

The BVR Combat tactics and doctrine is a topic of immense content, 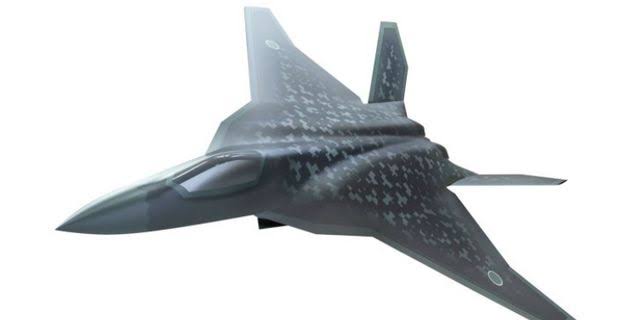 The main goal of air combat is still to achieve a victory, then either get or remain outside of the effective reach of a counterattack. The increased importance of sensor, weapon, and network capabilities to success in aerial combat relative to speed and maneuverability, For early of the twentieth century, the primary air-to-air sensor was the human eye. In Many cases, large combat aircraft such as bombers could be seen by enemy interceptors long before the bomber crews could see the fighters. During the gun and early missile era, large combat aircraft could not employ forward-firing weapons effectively against smaller and more agile aircraft, and instead they were forced to rely on rotating gun turrets that lacked the accuracy and hitting power of rigidly mounted forward-firing weapons carried by fighters. Defending
fighters also enjoyed the advantage of using early-warning networks of ground observers and radars linked to control centers that could direct them to the vicinity of the bombers, whereas bombers operating deep in enemy territory lacked any comparable capability.

The ability to carry a large magazine of long-range air-to-air weapons with multiple seeker options will be vital to success in future air combat. Many of these attributes are already integrated into large aircraft that have large space and payload capacity for the sensors, cooling, electrical power, and large, long-range weapons compared to small air-craft the size of traditional fighters.The prospect that supersonic speed and high maneuver-ability will play an important role with a large weapon bay payload carrying capacity critical utility suggests it could be possible to build effective combat aircraft with no large vertical tails to facilitate B2/A2 radar low observability. The increasing importance of electronic sensors, signature reduction, RF and IR countermeasures and robust LOS networks in building dominant future air combat, and that also includes the tactical utility of high speed and maneuverability at the long distances could mean that, the future aircrafts will be larger for the aerial combat lethality and the large combat aircraft may be competitive or even superior with higher speed and maneuverability with enough powerful engines providing ample amount of thrust.

The next section presents a series of illustrations depicting how an appropriately equipped large aircraft could form the centerpiece of a survivable, highly effective aerial combat network.

The Future of the Air Battles.

The next air combat presents a series of illustrations depicting how an appropriately equipped large aircraft could form the centerpiece of a survivable, highly effective aerial combat network. In this future of the air battle we will discuss various air battle patterns and its importance. 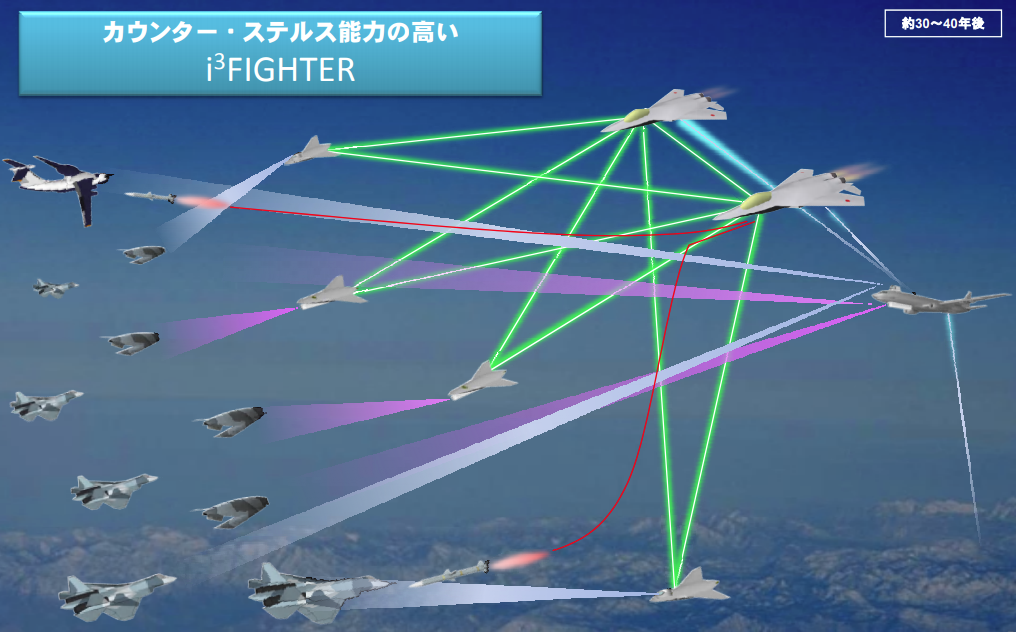 This section consists of several stealth aircrafts with a unmanned stealth aircraft attached to each fighter aircrafts belly of an imagined future aerial encounter between a network of Stealth aircraft and a group of stealthy enemy fighters that have stealth capability. The network consists of several long-range manned Combat Air Systems optimized to perform as sensor platforms with modest aerial weapon payloads that are coordinated by a Command human crew on board a stealthy large size fighter aircraft with a robust sensor suite. They are linked by robust LoS datalinks and have the ability to fuse information from offboard sources and their own sensor outputs. Tactically this concept is a marked departure from past and current practice in aerial combat, but seems worthy of further investigation as it extends the trends identified earlier in this report into the future. As the radar will remain important, but in this instance, we assume the adversaries are equipped with fighters such as the J 20, J 35, Russian PAK-FA with greatly reduced radar signature and supercruise capability. Forward hemisphere radar signatures of future fighter threats need not be as small as those attributed to stealth aircraft in unclassified sources (-30 to -40 dB square meter range) to greatly reduce the range and therefore the utility of radar in future air combat.63 For example, adversary fighters with radar cross sections of -20 dB (sm) would reduce the effective range of radars by about 70 percent relative to a modern “fourth-generation” fighter such as the French Rafale jets.

In this act 2, all aircraft are assumed to be equipped with an IRSTS that has capabilities similar to the PIRATE sensor currently installed on the Eurofighter Typhoon. This pattern show the relative IR detectability of the three types of aircraft involved in an air-to-air engagement. The shaded circles represent the region where each aircraft can be detected by its opponents. The supersonic manned aircraft is armed with twenty-four 1,500-pound class AAMs with a range of approximately 500 KM plus. The manned aircraft will launch the Unmanned aircrafts attached to its belly and the UAV increase the screening area and range of the manned aircraft directly connected with the fighters.

The act 3 the manned networked Supersonic Stealth aircraft and the unmanned aircrafts launched from the belly of the fighters work together to achieve weapon-quality tracks on opposing fighters and assign weapons to targets. Fusing sensor data from multiple widely spaced sources allows onboard systems to rapidly appraise the location, heading, altitude, and speed of supercruising target aircraft or conduct short, highly focused searches with low-probability of intercept/detection radars to generate sufficiently accurate targeting data. The Fighter aircraft would turn to reduce the closure rate and allow time for the very long-range BVR missiles fired by the manned aircraft to reach opposing fighters with time and space left for follow-up BVR engagements if necessary. Positive identification of opposing airccraft will require a combination of measures, but the reduced utility of radar in this regard will likely require a different mix of ID sources. Blue Force Tracker combined with advanced IFF systems, including a completely new encrypted Mode 5, will positively identify most friendly aircraft.

Contextual information will also be important. As the aircraft will be facing significant enemy fighter opposition will often be deep inside enemy-controlled territory and well beyond the effective combat radius of friendly fighters. In some cases they may be able to detect opposing fighters taking off from their bases. In other cases they may need to rely on other measures. For example, any aircraft cruising supersonically and beyond friendly fighter range can safely be assumed to be an enemy fighter. Modern information networks should also allow each friendly aircraft’s assigned mission be kept “up to date.” This will enable further automatic contextual sorting by assessing whether any friendly aircraft has an assigned mission that would require it to be where an unknown contact is.

Act 4 will achieve the average result of engaging eight enemy aircraft with two missiles each, where the missiles each have a probability of kill (Pk) of 0.5.68 For this engagement, a Pk of 0.5 would result in six of eight enemy aircraft killed before the opposing fighter formation is able to detect any friendly aircraft. That the conclusion of the engagement. If the opposing fighters continue to close on the friendly formation after taking 75 percent losses, they could be engaged by additional very long-range missiles launched by the we assume the Formations selects to engage the remaining fighters with two Long Range Class weapons each.

Again assuming a missile Pk of 0.5, both remaining fighters would likely be shot down. At the conclusion of this example engagement, eight enemy aircraft have been shot down, while friendly aircraft are undetected and have twenty Long Range class weapons and eight very long range BVR weapons.

The unmanned aircraft can act as a faux targets which were launched from the belly of the manned fighters for screeing which again shows the expandability of the UAV. The battle networks and can be thought of as something of a substitute for the sensor but not the C2 capability currently resident in AWACS aircraft, as they extend the “eyes” of the human crew beyond the range of their organic sensors. This will be an important factor in future conflicts that will require ISR and strike aircraft to operate effectively against enemy fighter aircraft in threat environments that will preclude the presence of non-stealthy assets such as Awacs and other high-value asset "HVA" sensors, C2, and air refueling tanker platforms based on modified commercial transport aircraft.