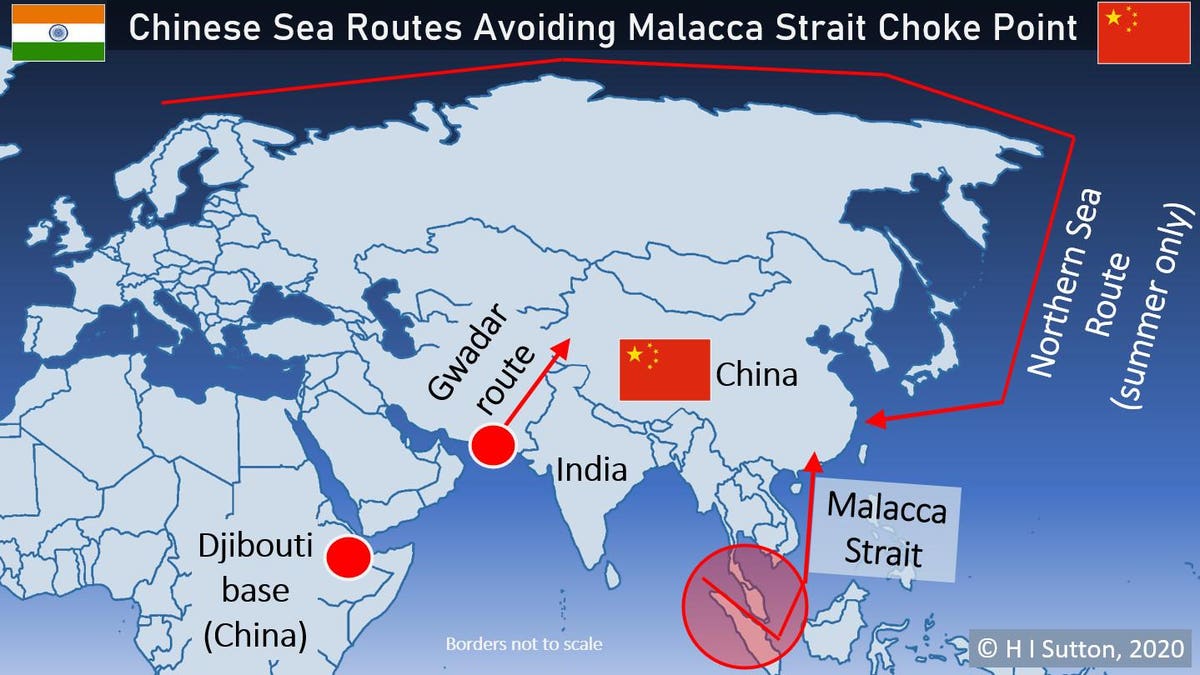 Could The Indian Navy Strangle China’s Lifeline In The Malacca Strait?

India has enjoyed one area of strategic advantage over China for many years: its ability to interdict Chinese shipping at the Malacca Strait. But with a new port in Pakistan, and the opening of an Arctic route, China may be able to get around this.
www.forbes.com
L

China bought it self access to Iran-India's Chahbar port ..Looks like Iran gonna get a few nukes in return

This process will begin with purpose-built dual-use facilities next to the existing airports at Hamedan, Bandar Abbas, Chabhar, and Abadan,” he said.

One secret element of the deal is that China will invest US$280 billion in developing Iran’s oil, gas & petrochemicals sectors. This amount will be front-loaded into the first 5-year period of the 25-year deal & further amounts will be available in each subsequent 5 year period.

There will be another US$120 billion of investment, which again can be front-loaded into the first five-year period, for upgrading Iran’s transport and manufacturing infrastructure, and again subject to increase in each subsequent period should both parties agree.

In exchange for this, Chinese companies will be given the first option to bid on any new or stalled or uncompleted oil, gas & petrochemicals projects in Iran. China will also be able to buy any & all oil, gas, and petchems products at a minimum guaranteed discount of 12%.

Additionally, China will be granted the right to delay payment for up to two years and, significantly, it will be able to pay in soft currencies that it has accrued from doing business in Africa and the Former Soviet Union states.

Sino-Russian bombers, fighters, and transport planes will have unrestricted access to Iranian air bases.” “This process will begin with purpose-built dual-use facilities next to the existing airports at Hamedan, Bandar Abbas, Chabhar, and Abadan.”

Iranian sources say that the bombers to be deployed will be China-modified versions of long-range Russian Tupolev Tu-22M3s, with a range of 6,800 kilometres (2,410 km with a typical weapons load), and the fighters will be Sukhoi Su-34 & Sukhoi-57.

At the same time, Chinese and Russian military vessels will be able to use newly-created dual-use facilities at Iran’s key ports at Chabahar, Bandar-e-Bushehr, and Bandar Abbas, constructed by Chinese companies.


These deployments will be accompanied by the roll-out of Chinese and Russian electronic warfare (EW) capabilities, according to the Iran sources.

Last week, at a meeting in Gilan province, former Iran President Mahmoud Ahmadinejad alluded to some of the secret parts of this deal in public for the first time...

Interesting;l Iran-China deal. This means CPEC is a failure and no longer needed.
It has implications for India in Afghanistan and for Israel.
Last edited: Jul 9, 2020 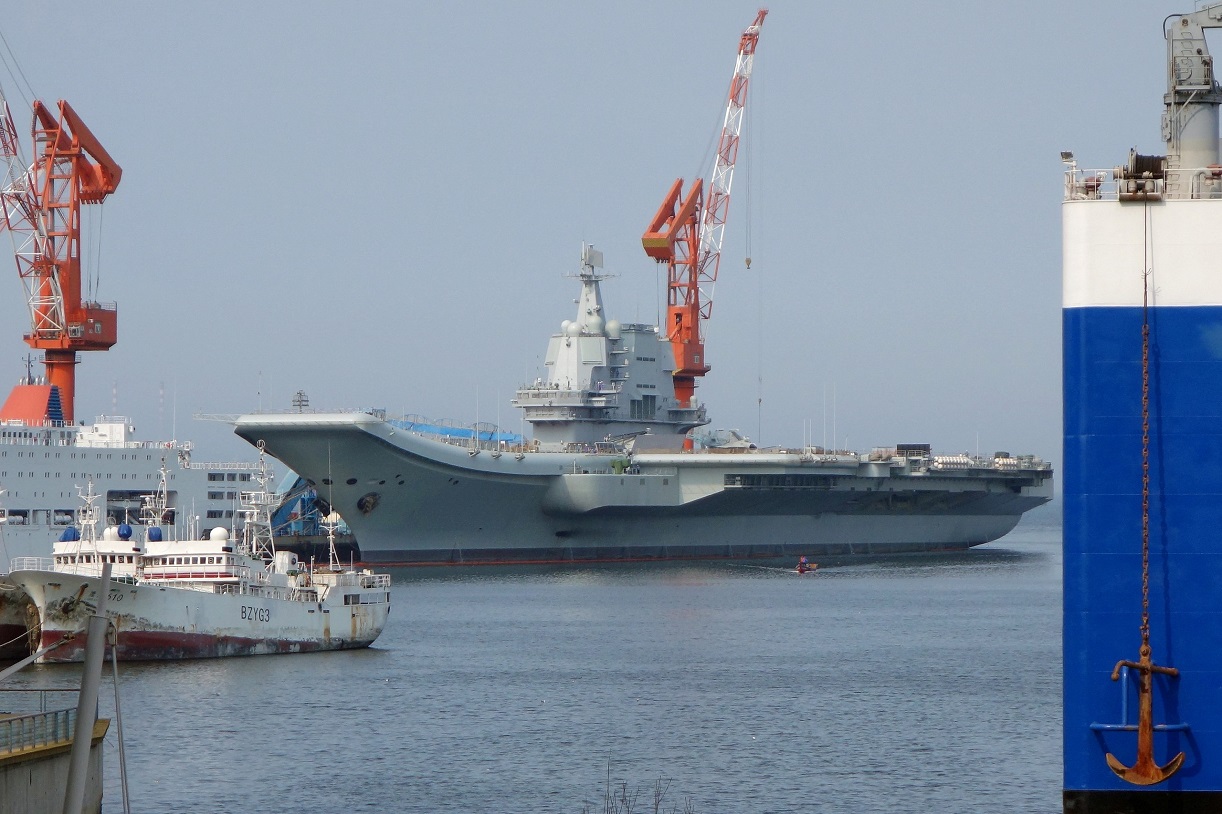 China's Next Military Move: A Base in the Persian Gulf?

For the past half-century, the United States has essentially dominated international waters in the Persian Gulf uncontested by any Great Power. As in the South China Sea and in the Bab el-Mandeb, however, Xi may have ambitions to challenge the United States and assert its military influence over...

China's Next Military Move: A Base in the Persian Gulf?

So after the 30 day aerial surveillance of buffer zone,will indian patrolling party be able to patrol till f7 ?

LETHALFORCE said:
Interesting;l Iran-China deal. This means CPEC is a failure and no longer needed.
It has implications for India in Afghanistan and for Israel.
Click to expand...

Doesn't China still have to meet up with shipments from Iran through land?

Agraj said:
So after the 30 day aerial surveillance of buffer zone,will indian patrolling party be able to patrol till f7 ?
Click to expand...

We never patrolled till f7, since 62 war. Why would we start now.

Akshay Fenix said:
We never patrolled till f7, since 62 war. Why would we start now.
Click to expand...

My bad,I was under that impression

Sanglamorre said:
Doesn't China still have to meet up with shipments from Iran through land?
Click to expand...

LETHALFORCE said:
yes but would they need 2 bases next to each other
Pak base enough for India and Iran base for Middle East and europe
Click to expand...

Non of it's for India. US can block Malacca Strait, pak port is to bypass that. India is just an added bonus. They consider Indians as inferior to chinese. I hope that haven't changed with the galwan clash.

Charbar is a huge loss for India. With military base in Iran, china can control gulf of oman and strait of hormuz. Now they can choke Indian oil supplies and ofcourse US operations in middle east and in arabian sea and in extend IOR.

i know we have 200-250kt yield bomb. do we have any MT yield bomb or how hard is it to make a MT bomb by India during crisis. 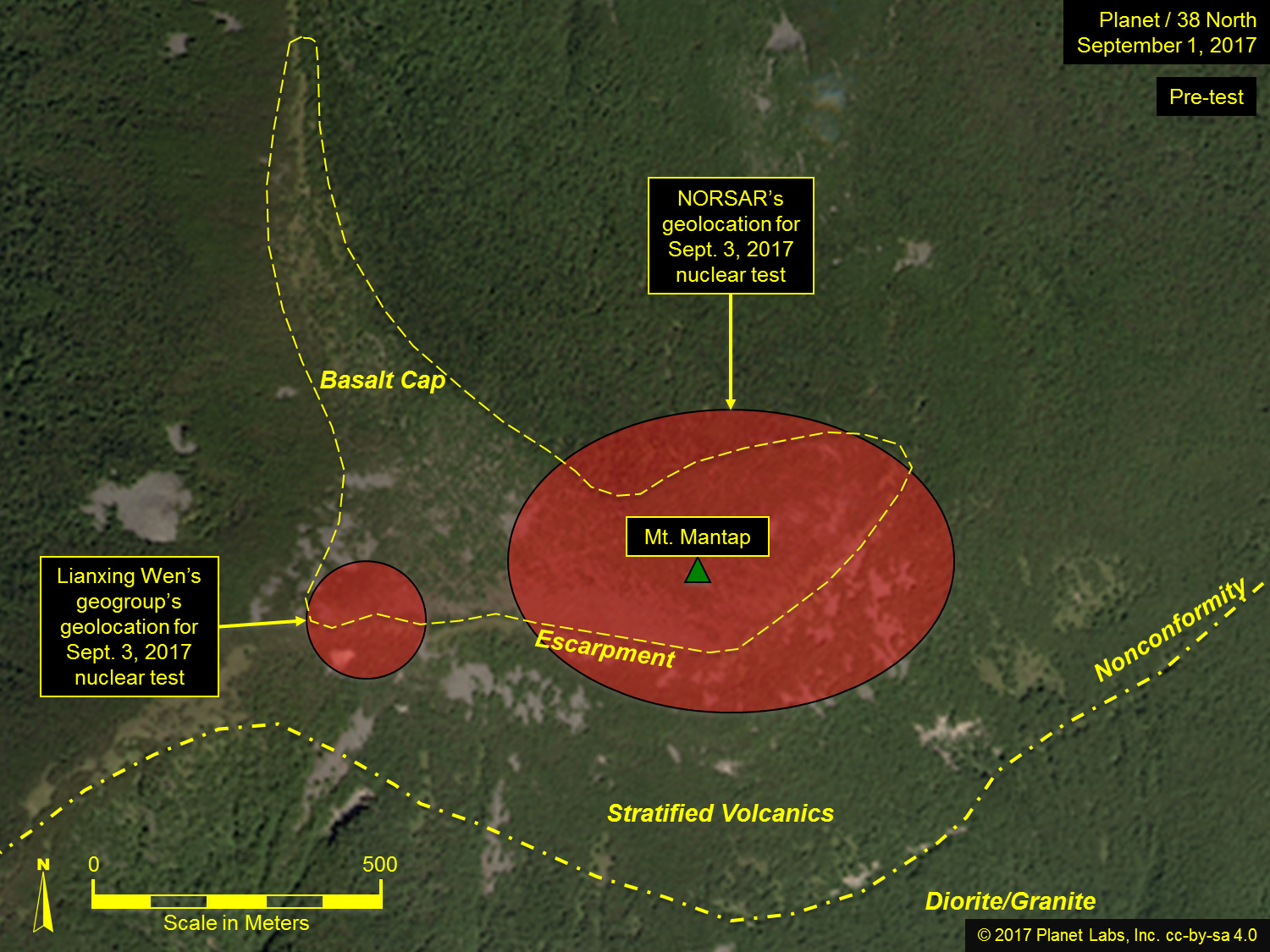 I stand corrected. Further proof that we are in SHTF times.
So fat Kim can evaporate Seoul. I bet South must be training special forces to seize these nukes.

Still thinking that North Korean nukes are direct threat to USA is a bit far fetched.
Delivery systems with accuracy are hard to build.

But for South Korea and Japan, this represents a real and present danger.

Sehwag213 said:
More like Americans really want India to go to war with China without them doing anything.
If they are so serious about fighting China, why aren't they banning imports from China or doing trade sanctions.
Click to expand...

However Americans will never stop imports, even from their enemies. This is how America works.

Stopping trade may not be the best route for India also. Though people are emotionally charged and want to ban.
I

This is by no means over, at best this is an Interlude. The Chinese may not have got what they want this time but you can be certain they will be back and in force. We have had the Americans completely supporting us this time, maybe the Chinese will wait to see the result of the American election before trying again. They may want to test and see if Joe Biden (assuming he wins) will take on the Chinese early on in his term. We need to prepare hard for the next scene in this play, you can bet it will be staged soon enough.

utubekhiladi said:
i know we have 200-250kt yield bomb. do we have any MT yield bomb or how hard is it to make a MT bomb by India during crisis.
Click to expand...

India's arsenal is shrouded in secrecy. Probably enemies know more than citizens.
Hard to say what India has.

I would guess not more than 150 warheads - a mix of boosted fission and thermo-nuclear.

garg_bharat said:
India's arsenal is shrouded in secrecy. Probably enemies know more than citizens.
Hard to say what India has.

I would guess not more than 150 warheads - a mix of boosted fission and thermo-nuclear.
Click to expand...

True, you are right that our bambs are kept in secrecy. We also have boosted fission and thermo-nuclear..

I was thinking of this scenario today, because of our love to Nehrus and Gandhis, we have adopted no first use policy and no use against non nuclear enemy.

Having, said that let me devils advocate for the moment and pretend that i am china or pakistan and one fine morning after doing sandaas and all.. i decided that death to all baniyas and death to hindustan.

I pretty much take out india in one strike.

That being said, india will now try to avenge and retaliate. Since we are retaliating second, we want to make sure that our enemy is equally destroyed too. (Mutually assured and equal destruction). We need to have weapon that can produce yield in MEGATON. Kiloton weapons will not help to retaliate if we are already stuck by nuclear weapon first.

If we have only kiloton weapon to retalite then it is equivalent to someone dropping 1000lb jdam ordinance in my bedroom and in revenge i drop shivakasi made mirchi bomb on my enemy front yard.

Our enemies have already tested megaton bombs multiple times.. i won't be surprised if china give porkis such bombs to use it against india.

We had opportunity to test only 2 times, and the results are equally controversial.

That's why i want to know, if we have megaton bombs or if we have materials and technology to assemble such bombs quickly within a day if such needs arise.