Found a detailed 3d virtual model of the R-73 on sale and even that has a "I" in the virtual serial number ! 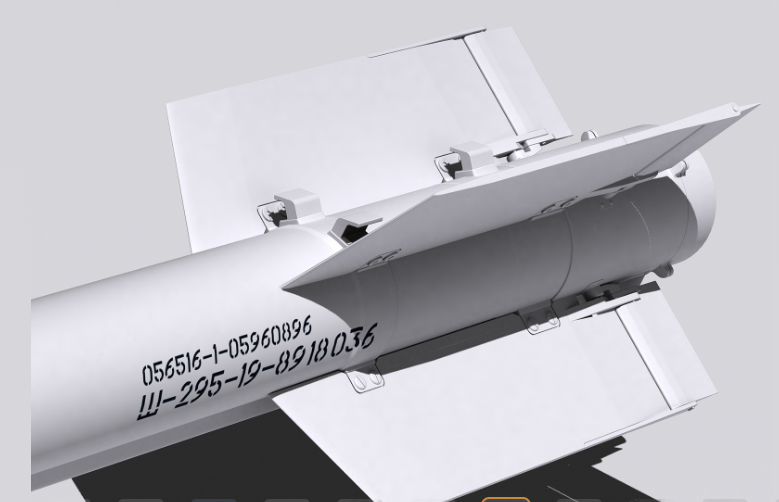 Is there a way to ascertain the serial number of R-73 missile presented by Pakistan with the observed discrepancy in the serial # convention?

Guys be ready to expose fakes, very soon, they will be laughing stock. How so harder they try, go to extreme lengths to hide it, we will get it.

Hey guys, any ideas whether PAF made any official claims about the region in J&K where the Su30 allegedly came down or their version of chronology of events which tells the time difference b/w downing of mig21 and su30. Or any statements made by their officials/swift-retard in media which answers above ques. Do tell if you know as I'm planning to kick swifty's rear today and have seen that while there have been many reports by Indians giving locations of that day's actions but Pakis have just said that two of ours came down without speaking much else.

OK, this one will be a litlle jumbled but worth it.
I guess everyone is aware of that ISPR troll swift retard by now. We went into a 2 day long argument after he jumped in comments without invitation. Usual thing of their claims of 4 intact missiles recovery followed while he changed topic to claim Su30's downing by giving thanamandi video of F16 tadpole. 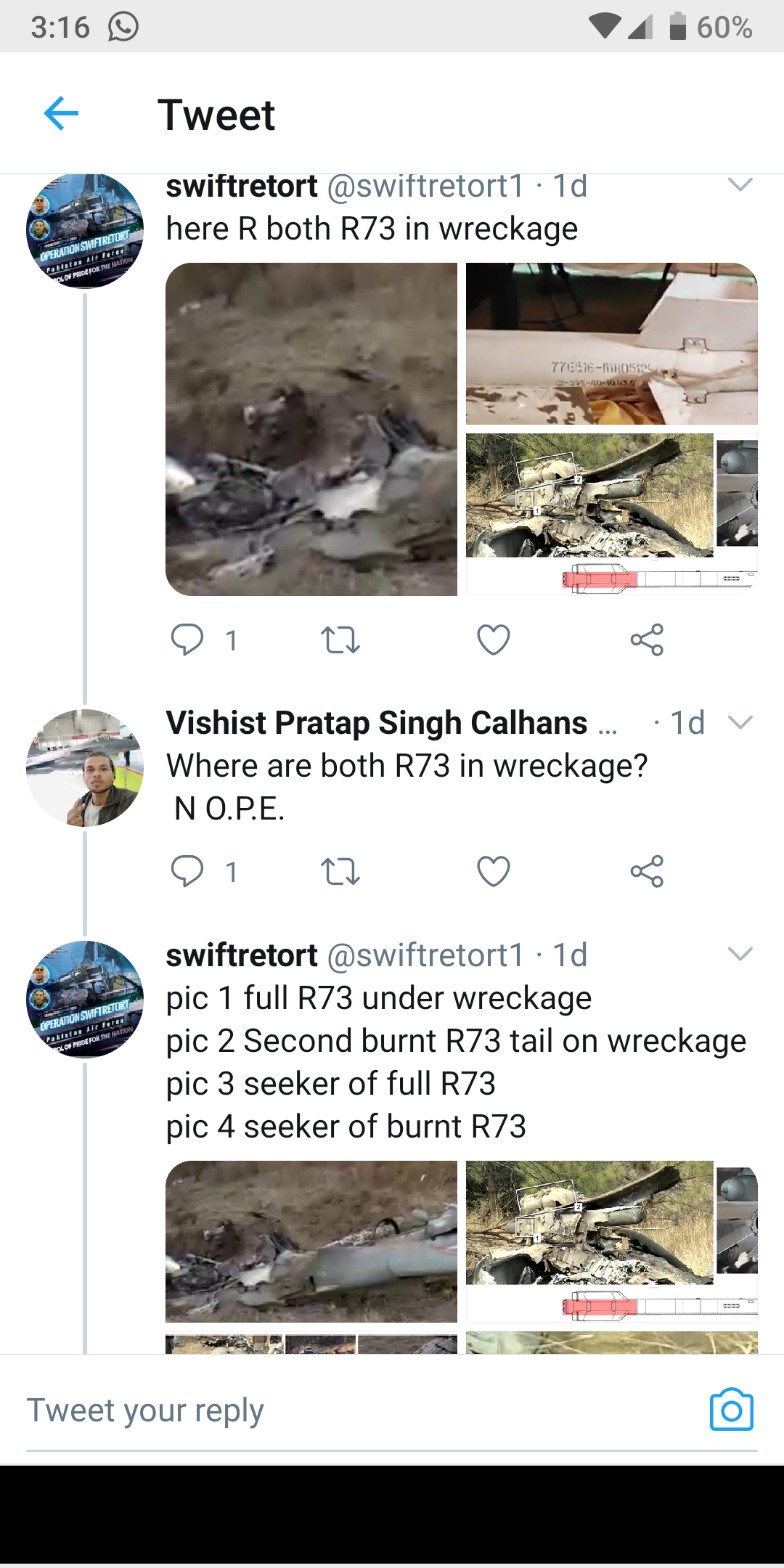 In reply I provided the Charhoi, and thanamandi screenshots of tadpole which obviously he claimed wasnt shot from Charhoi.
NOW, i've added this comment to make people aware of this habit through which we fall in Porkis' traps. We keep arguing that its Charhoi, whereas there is no conclusive evidence that tadpole in the video is from Charhoi.
BUT we have got something much better, which surprisingly hasn't been much noticed, even by joe_sameer!

Its the 1:30 minute video from PoK which shows the initial seconds before even tadpole is formed and at 45th second Mig is hit. This my friends is the only video which shows both planes. We keep only replying to the trolls instead of going on a counter attack using this video.
We can see the result of this video when swifty started giving bitchy excuses: 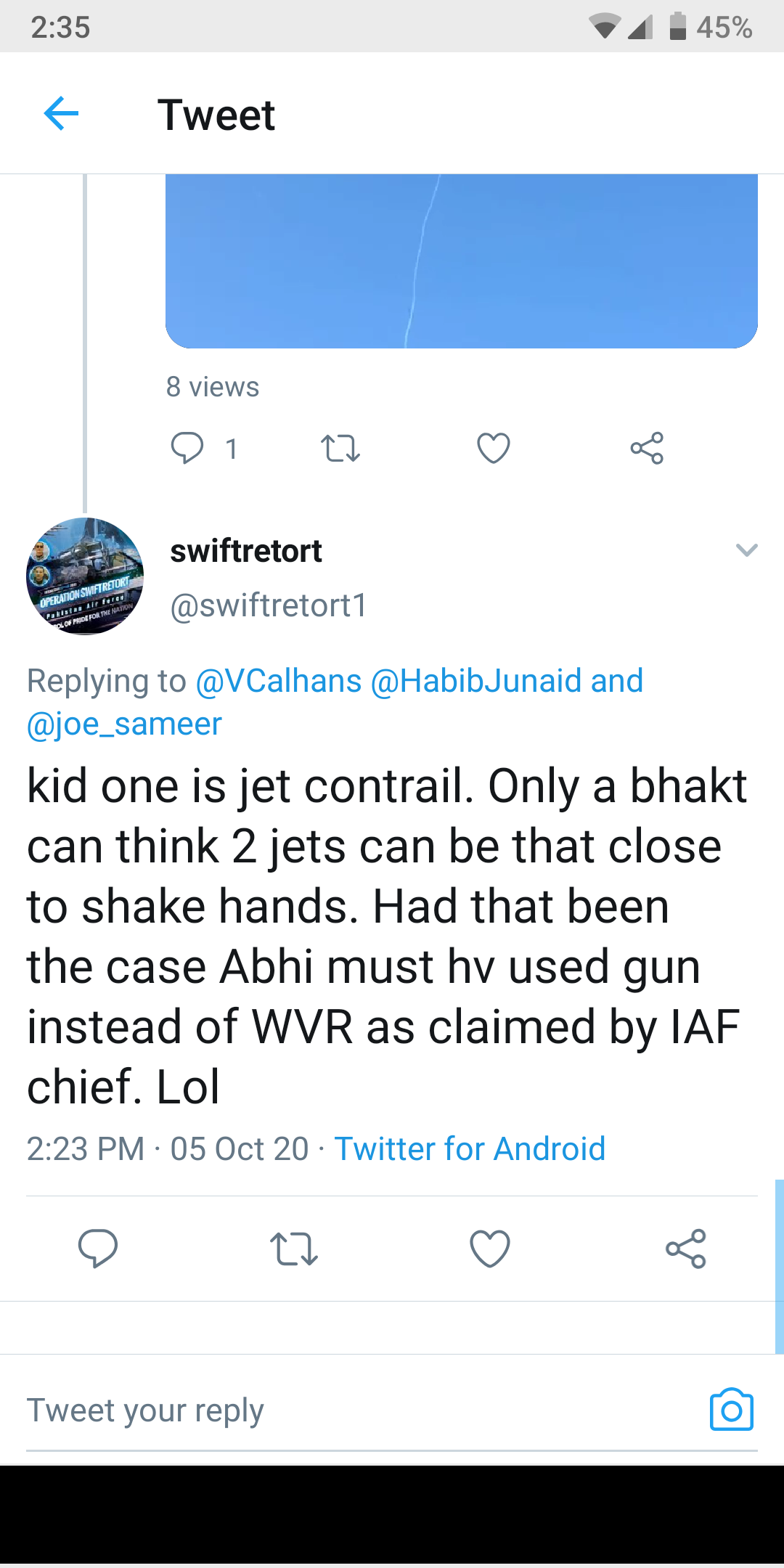 DFIlite said:
Guys be ready to expose fakes, very soon, they will be laughing stock. How so harder they try, go to extreme lengths to hide it, we will get it.

Be ready to share and spread, what we are going to post in later half of the day.

Happy Vijaydashmi to you all.

Be ready to share and spread, what we are going to post in later half of the day.

I hope Anup posts it soon! The suspense is killing me!!

Mikesingh said:
I hope Anup posts it soon! The suspense is killing me!!

Lol i have been refreshing tooter from last 15 min. It would be EPIC if they got hold of sat pictures with debris. 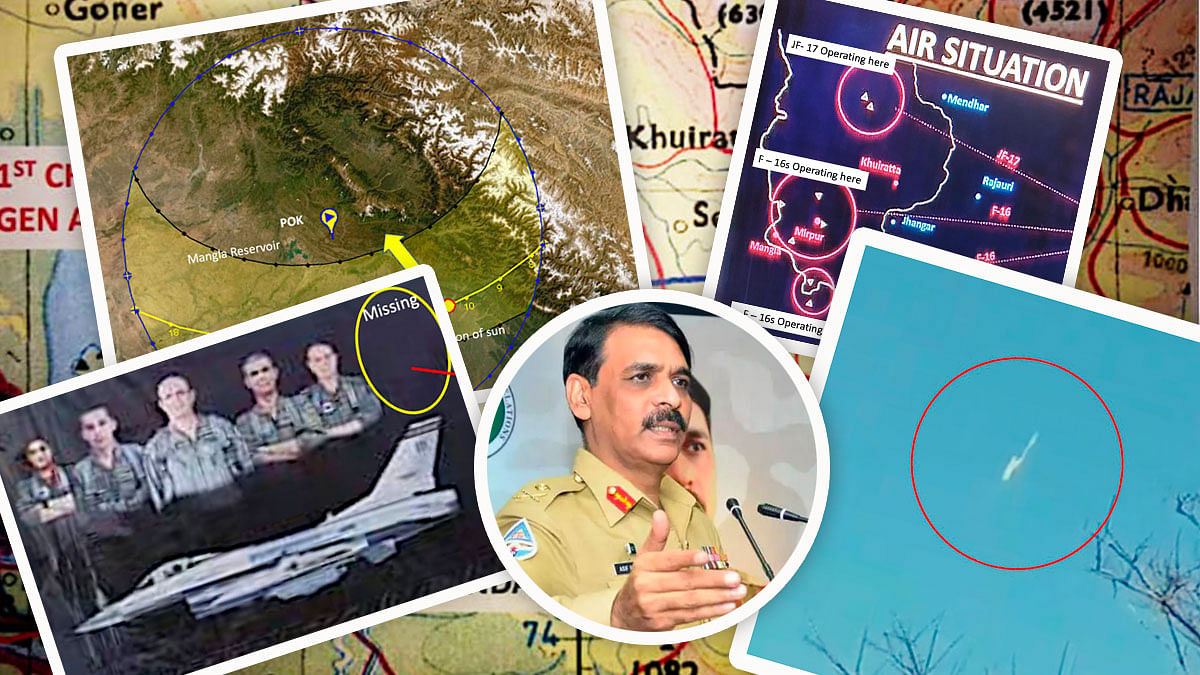 sagar said:
I think This.

Someone geolocate this please

mist_consecutive said:
Someone geolocate this please
Click to expand...

I guess its an Artillery shell, 15 second video? If it shows something falling from the sky, then porkis will say this is the video of Sukhoi crash.

sagar said:
Lol i have been refreshing tooter from last 15 min. It would be EPIC if they got hold of sat pictures with debris.
Click to expand...

Mikesingh said:
I hope Anup posts it soon! The suspense is killing me!!

Sir, There is no, I repeat ’no’ need to be looking for more proofs.

Pakistanis rushed thousands of troops that day to do the cover-up. I understand all Punjabi dialects which are Majha, Malwa, Doaba, Saraiki, Pothohar(Pahadi) etc. Multiple videos available showing people reacting spontaneously confirming two fallen Jets. The second site was sealed, swept clean, phones confiscated and the internet shut down for months. Within minutes their forces (not police) were at the site and rescued Abhinandan from locals. It shows how fast they were to arrive at both the sites.

The best thing happened that day was one mistake their ISPR clown did. Who in a rush of winning big and showing bravado used first respondent’s information to mention that the other injured Pilot is admitted to a Hospital. Why he might have done it also has it’s connection with India’s slow response which he thought is good chance to make us look hiding the faces or lying. Fortunately, India always react slow but he probably never knew it.

Last but not least the breed we are dealing with has ’Purdedari’ covering up their failures and women in their DNA. In there 70 years of existence they have only mastered face-saving by speaking lies.

Is he joking?
We expected solid evidence, it isn’t seeming to be convincing to me as an Indian, how can it be used to prove F-16 shotdown?

This is a disappointment, I don’t see any proof. I black dot on a satellite image showing nothing is not proof. A random video of what is probably an artillery strike is also not proof.

If y'all nibbiars are such doubting Thomases , better accept that only 4 trees were uprooted and one crow died, and Abhinandan enjoyed his Rawalpindi special Chai.
Jihad Fighter 17 flying ghazis are invincible and their adamantium coated Madarsas are bombproof.
You must log in or register to reply here.
Similar threads
Russia to the rescue of IAF, offers 21 MiG-29s to boost strength
How US denial of F-104 made the MiG-21 IAF's mainstay
IAF Mig 27 Crashes near Jodhpur
I need pictures of single seater Mig 29K in dark blue IAF/ IN scheme
Share:
Facebook Twitter Reddit WhatsApp Link