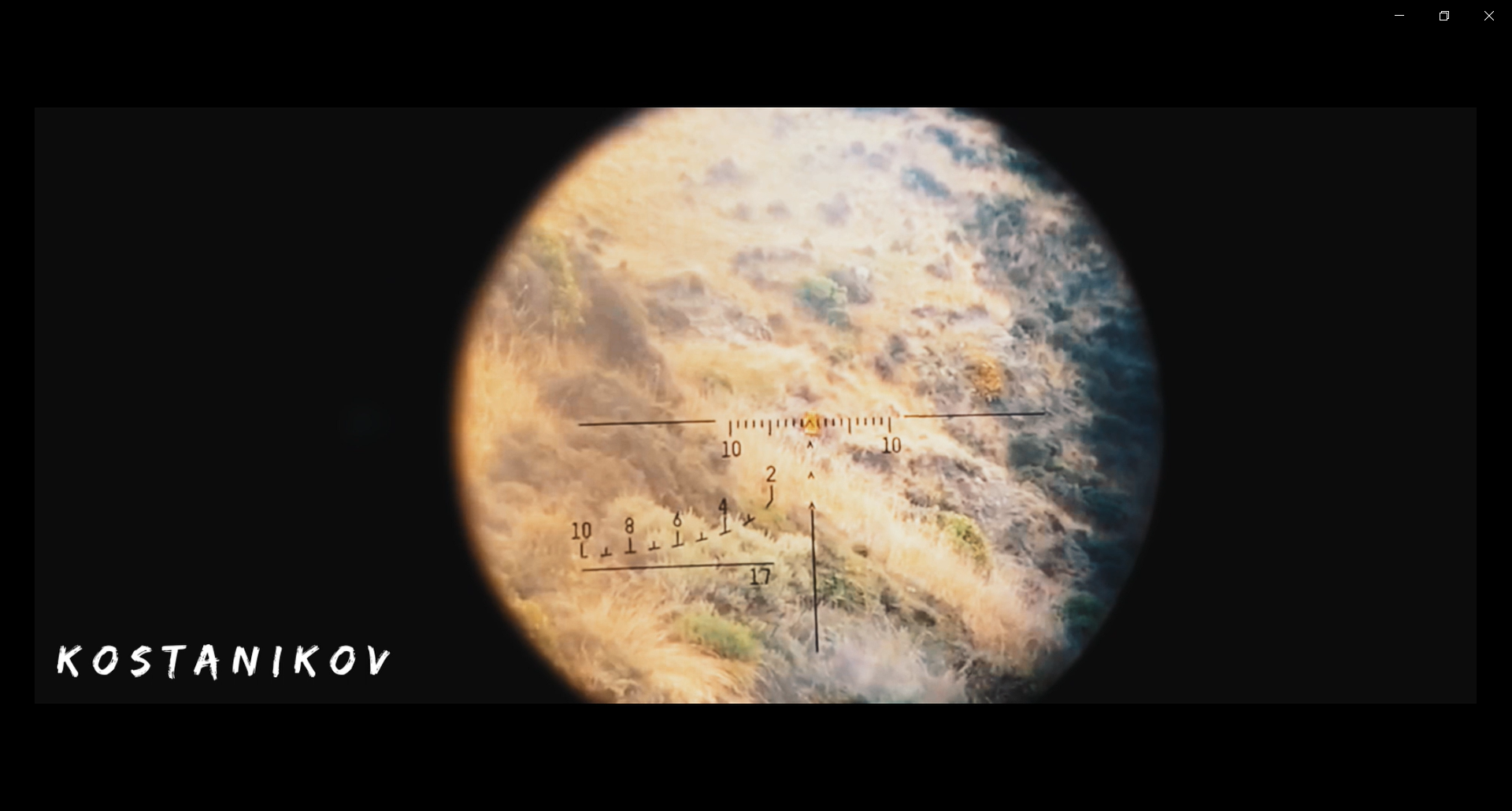 ALBY said:
Commando units of State polices are far better than regular units of CAPFs. I have a friend who was there with Kerala police's Thunderbolt's for 10 years. He got training from Marcos, Garuds and Grey Hounds.(ps:they were all one month or maximum 45 days capsule courses in specified things like diving, waterborne assault, heliborne ops and jungle warfare.
Click to expand...

NSG has demonstrated some amphibious capabilities, beyond that no police swat team can do, its an exaggeration.
N

these are Garuds not para SF

Yeah, you're right. Front sight post and gas block are shorter on the Pika series. Thanks for correcting. Good eye too..

These are retrofits specifically for movie, we had multiple models of T-55s, some were provided with loaders cupolas and some just had the hatch with no MG at all. From all the photos I've seen of Indian T-55s, the ones with the loaders cupola mount for the DShK had their DShKs replaced by the M1919s or MAGs.

As for the Border PK variant, that's an original PK either Soviet or Bulgarian made, you can tell from the buttstock. Here are some photos of IA troops firing original PKs. 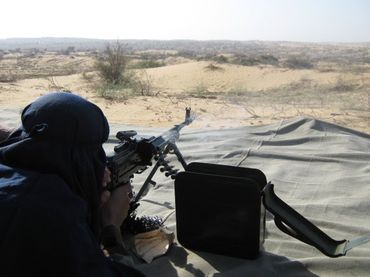 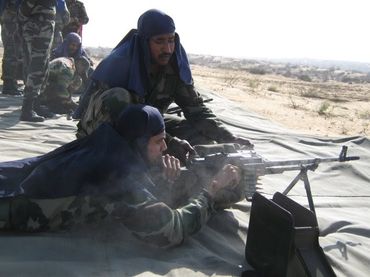 where do they keep spare mags?

Yes... Like i said they were taught just basics not at the level these SFs are taught.

None of them are dual tube, they are single tube.
Like this 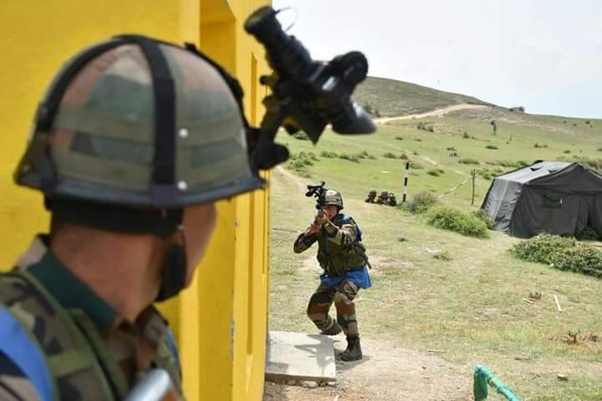 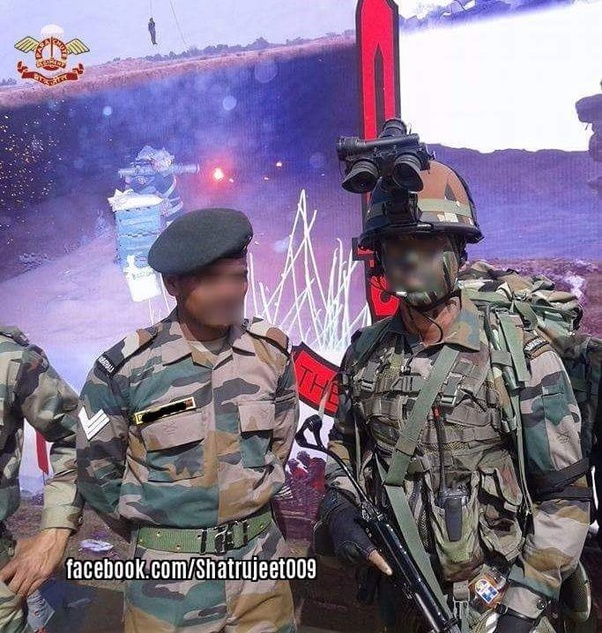 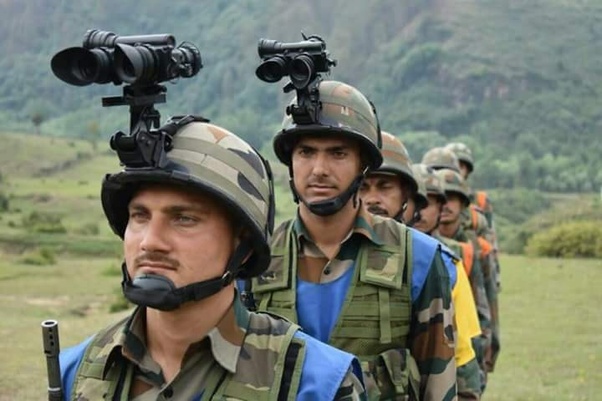 Nope, you can see only one tube on other end.

Single tube, its a screenshot from a series on LOC by NDTV.

Aditya Ballal said:
This also may not be true as the PKT might not be able to function outside a tank.
View attachment 85948
Click to expand...

Unknowncommando 2 said:
It does work outside with StAtE oF tHe ArT mount which includes welded stool by Abdul Chacha & STONES

Jay (@Unknowncommando 2) is correct, those PKT//PKTM can be used outside vehicles just like regular PK/PKMs , albeit it'll be awkward to operate on it but practically possible,
to explain it further,
PK/PKM is an open bolt machine gun, and it's trigger mechanism is just a spring-loaded-sear that's operated using a trigger (in terms of parts numbers and actual operating it is even simpler than British Sten Gun's trigger mechanism) housed inside a small stamped sheet metal housing below the receiver, and of course has a rotatable safety that allows or blocks movement of Sear-Trigger combo in certain positions.

Unfortunately soviets didn't make its trigger group (and in general whole trigger assembly) removable during disassembly etc like other machine guns of past so you gotta have tools to take it out for various purposes.

Coming back on point, you see, if you attach a Solenoid (i.e. a small electromagnet that you could find in a door-bell) to its sear, it can act just like a trigger and by pressing a button you can fire the weapon and so.

Now, reverse should also happen, no ? i mean if it's taken off from vehicle and if someone could provide power to solenoid or manually operate the linkage between solenoid and sear , just like a trigger, it should fire, no?

That's exactly how they use it outside vehicles etc. as PKT/PKTM does have a dual purpose trigger mechanism on it, When linked to an electric firing system, the machine gun can be fired either by depressing the trigger button on the gunner's control handles or by pressing the manual trigger button located on the trigger unit installed at the back the receiver of the machine gun. The latter method may be necessary if the tank or vehicle loses electrical power or if some other issue makes it impossible to fire the machine gun normally.

There also are some interesting differences between PK/PKM and PKT/PKTM which i shall explain later.
Last edited: Apr 20, 2021

Ind.Operator said:
Single tube, its a screenshot from a series on LOC by NDTV.
Click to expand...