etantra said:
You are right. The probkem is how much air time his views get without being challenged. His past failures should serve as a credibility bock but doesn't seem to happen

His comments are being repeated unquestioningly on this forum from senior posters as well?

So clearly it is a well rehearsed push to spread such views.
Click to expand...

His subversive propaganda has the desired effect, nobody cares about credibility, his yarn sounds 'credible' enough when you read it as a part of the random articles you read on the internet.
People call him out for his propaganda but they don't have the "broadcast" power what Shuklas master's have, a rebuttal to Chukla's lies and spin won't be carried by WaPoo, NYT, BBC, The Hindoo, TheLiar, TOI, rNDTV etc.

Blue Water Navy said:
The problem is not that Chukla spreads wrong information.

The problem is that all the major news outlets picks up these non-sense and spreads it more destructively.

BBC and CCN doesn't know any other reporter in India other than Chukla.

It's a long haul game of psy-ops what they are playing.

First, Chukla do some Chugli which is picked up by Khangress and then major news outlets quotes his first Chugli & spreads it more.

They will not change nor their followers. Just keep abusing them, exposing them and countering them. The strategy to ignore them doesn’t work. Never let them settle. 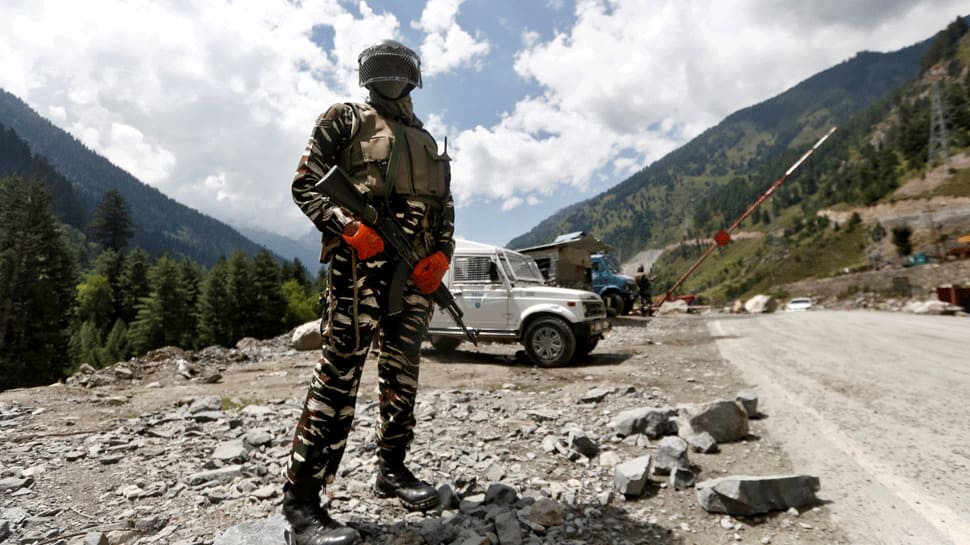 The report also talked about the Survey Department of Nepal flagging China`s attempts to grab land before Nepal Prime Minister KP Sharma Oli which was ignored. It stated that Nepali districts which are victims of China`s land-grabbing plan include Dolakha, Gorkha, Darchula, Humla, Sindhupalchowk, Sankhuwasabha and Rasuwa.
Click to expand...

Cheran said:
Looks like grab in Nepal is more than what was reported earlier

haha these stupid Nepalis deserve this.

I would rather believe on gokhale.
After nearly six months of attempted military coercion, the People’s Liberation Army (PLA) has been unable to force the Indian military to succumb or retreat. Instead, China finds itself in a cul-de-sac. This was not how it was planned in the Central Military Commission (CMC).

As a result of the impasse, in the last two meetings at the level of Corps Commanders, there is distinct change in the Chinese attitude during discussions. The Chinese now desire to resolve the standoff as soon as possible, informed sources reveal

This is what soilders in the frontline feels abt people like Shukla.

Anger and amusement against Media

One common complaint we found among soldiers and officers alike during our swing through some of the forward areas in Eastern Ladakh was surprisingly against many army veterans appearing as experts and commentators on the standoff along the LAC and broadcast media personnel reporting on the situation.
Soldiers were distraught, even angry that the majority of their former comrade-in-arms are critical and in most cases off the mark about the situation along the LAC. One officer, who will, of course, remain anonymous, remarked: “If I meet some of these writers and commentators in person, the only thing, I am going to say to them, is that the SSBs (Service Selection Boards that conduct psychological and personality tests on aspiring candidates) made big mistakes in selecting them as officers”.
Young and senior officers deployed on the frontlines point to unsubstantiated reports and wild speculation and the general tone of negativity that many veterans have adopted. “Many of them may not even have crossed Rohtang or Zozilla but talk with such authority about locations and events that we some time wonder if we are talking about the same place and same event,” a couple of officers confided us.
“Some others are basing opinions on their experience of the area gained years if not decades ago without realising the complete change in the ground situation. None of them knows what we are doing or how we have stood our ground.”
Another soldier was more amused than angry with television reporters and their hired experts. “Sahab, yeh media wale Leh ke kisi pahad ke samne khade ho jaate hein aur kehte hein samne dekhiye wahan hamare bunker hain aur pahadi ke us par se Chini hamla hone wala hein. Doosre log, Khardungla tak jaate hein or kisi nale ke saath khade hokar kehte hein, yehi wo Galwan nala hain jahan hamare jaanbaz sipahi shahid hue the (Sir, some TV reporters stand in front of a hill feature in Leh and start reporting as if they are on the frontline; some others go to Khardungla—the 18500 feet plus pass that gives access to the Nubra valley—and then start pretending as if they are in Galwan where the violent clash took place on 15 June). Another soldier said: “Yeh phenk ne wale media ne hame tung kar rakha hai (these fraud reporters have really troubled us).” Overall, soldiers wanted to be treated fairly and not be subjected to a ball-by-ball commentary.

Has there been any official acknowledgement from Nepal ?

nick_indian said:
Has there been any official acknowledgement from Nepal ?
Click to expand...

Nepal admitting it will be akin to a husband accepting that he got AIDS from a 10$ prostitute in front of his family while cheating on his wife.

But they will have to accept it someday, and that's what makes it fun for India. Or if Oli keeps playing for China, we will just release the satellite images and run media stories. Let Oli's govt. face the heat from his local public

nick_indian said:
Has there been any official acknowledgement from Nepal ?
Click to expand...

shade said:
Oli on Chineez encroachment
"Koi nahi ghussa "
"This is an Indian conspiracy, Bhagwan Ram is Nepali btw, along with Gautam Buddh"
Click to expand...

Oil is just a puppet of the dear great female comrade ambassador.

ARVION MK 1A said:
Oil is just a puppet of the dear great female comrade ambassador.
Click to expand...

You could be sure everyone in the Nepali commie party is a puppet-in-waiting for the red randi ambassador.

shade said:
You could be sure everyone in the Nepali commie party is a puppet-in-waiting for the red randi ambassador.
Click to expand...

What you say is absolutely true the ccp has inturned into the way of wall of the nepali society.

I thinks its important for the RAW to destroy the nexus of CCP stooges in Nepal to create a balanced systems.

We should have annexed them in the 50's itself, now they are a hub of Anti India activities, pre-Modi all jihadis also used that place as their base

mist_consecutive said:
This time it is different. We are habituated to so much peace is that we can now hardly imagine hostility.

How it is different? China this time came prepared, with tools as well as intent. Doklam was different, both parties were unprepared. China most probably has been preparing since then, building barracks, and heated shelters in Ladakh.
The timing is also optimal. Our air force currently is at the weakest, and Chinese bio-warfare has crippled the world economy except theirs. US elections are coming so the US will be indecisive to commit to the fullest.

Coming winter when the snow settles (post-end-Nov to Dec in some areas), our supply chain to Ladakh will be weakest. In fact, if China does not attack us at this optimal time, that will be very foolish for them, because they might never get such an opportunity again, and India-China defence capability gap will now keep on decreasing every year.

Rest assured, the truth will come out who retreated and who didn't. Satellite images will pick up ground positions, so neither China nor India can live with selling fake news to their countrymen.
Click to expand...

Peace bores me .
Seriously call me a moron , if iam given power lots of people in india and the world will say goodbye to their lives .
If you can't contain them , kill them.
I know it never works in long run , but still fear to offend to bharat sarkar will stop people of many walks in life to stop doing shit they do

Maharaj samudragupt said:
Peace bores me .
Seriously call me a moron , if iam given power lots of people in india and the world will say goodbye to their lives .
If you can't contain them , kill them.
I know it never works in long run , but still fear to offend to bharat sarkar will stop people of many walks in life to stop doing shit they do
Click to expand...

I have to say this is a good article's. 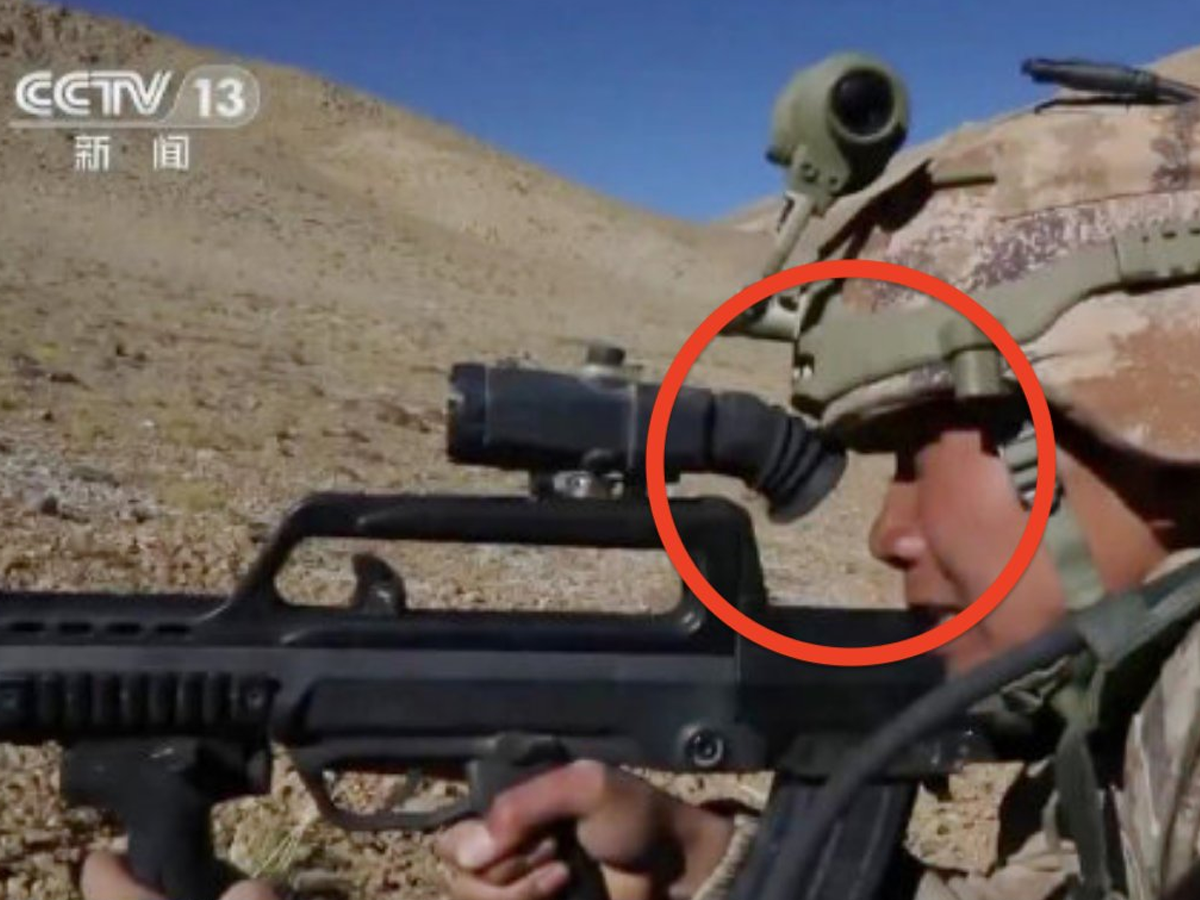