For years it has been a proven fact that a maritime state enjoys greater economic benefits as compared to a land-locked one. A coastline offers a window to trade with the world, create maritime industries, harvest fish and minerals from its Exclusive Economic Zone (EEZ), and exercise what is called ‘maritime power’.

India’s geography, economic engagement with the rest of the world, her development and security, are all intimately connected to the maritime domain as bulk of India's trade is through sea and amounts to 90 percent of trade by volume and 70 percent by value.

With seas on three sides and high mountains on the northern frontiers, it has been said that India lies in the very lap of the Indian Ocean. Few Indians realise that we possess the second largest peninsula in the world. While that translates into a coastline of 5422 Km, India’s outlying island territories add another 2094 Km, making up a total coastline length of 7516Km. This is just as well because our foreign trade is almost entirely dependent on the seas since land frontiers cannot permit viable trade due to the unending hostilities of India’s neighbours towards her.

These topographical properties along with India’s geo-strategic location at the head of the Indian Ocean have impressed geographers and geologists for ages as such a maritime configuration offers unlimited opportunity in terms of large number of ports, maritime industry, fisheries, offshore minerals and many other economic resources.

But with opportunities come challenges. And the maritime environment around India is full of challenges. A primary factor that contributes to these challenges is the access ‘gates’ (nautically known as choke points) to the Indian Ocean.
These include:

1. Cape of Good Hope (a half choke point) 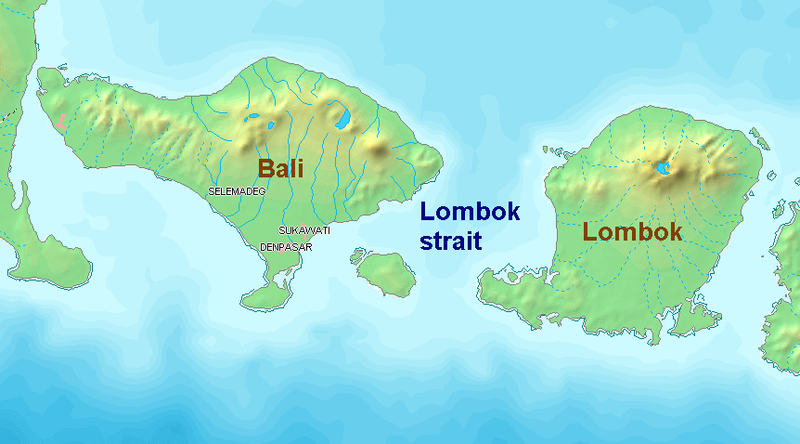 Choke points are seen as being obstructive—not just to open navigation but also to what is called as ‘good order at sea’. They are capable of being used as staging posts and safe havens for all forms of trans-national crime, including piracy, maritime terrorism, gun-running, drug peddling, human trafficking/smuggling, and many more.

It is this set of challenges that requires Indian Naval presence at choke points and some important nodes—as a deterrent against malafide intent so that maritime security can be guaranteed—not just for Indian trade but also for global trade passing close to our shores.

While these non-conventional threats are a challenge of recent vintage, traditional threats from India’s adversaries constitute an even more critical factor impinging on India’s security. Chinese naval platforms—including their submarines have been making regular forays into the Indian Ocean posing a clear and present danger. They visit to eavesdrop, collect intelligence and familiarise themselves with our waters and the traffic off our harbours. And one cannot forget the consequences of places and bases (including Djibouti) that China has built in the Indian Ocean. These forays and presence constitute the second challenge to India’s national security.

Given the two types of challenges mentioned above, the Indian Navy is constantly engaged in keeping choke points and critical areas of the region under surveillance. In fact, it is under these circumstances that the navy had embarked upon ‘mission-based deployments’ a couple of years ago. These deployments have meant at least one warship each, deployed in the Persian Gulf; the Gulf of Aden (anti-piracy patrol); Central Indian Ocean; Southwest Indian Ocean; Bay of Bengal; Malacca Strait; and the Lombok Strait. Each of these hot spots lies at an average of 1000 nautical miles from the nearest Indian naval base, and many more hundreds of miles from a ship’s home port! That entails frequent turnarounds for reasons of logistics and maintenance.

In addition to surface warships, a number of naval surveillance aircraft and submarines keep a constant vigil in critical areas to keep a check on the movement of inimical forces—particularly the Chinese.

On a different note, let us just take a look into the nation’s resources and invaluable assets across the maritime domain.

In times of crisis in any part of the maritime world, India’s Diaspora may have to be evacuated and the largest and safest means of evacuation has always been the IN. Examples are Somalia 1994; Beirut 2006; Libya 2011; Yemen 2015. In one of these examples (Beirut), fortuitously, a Task Group of the Indian Navy was at hand in the Suez Canal, otherwise a 3500 nautical mile passage would have meant ages for transit and people could not have been saved!

Had we attained blue water status, the Indian Navy’s footprint would have been visible in all parts of the ‘near East’ and the ‘near West’ with floating logistics (fuel, food provisions, fresh water, maintenance facilities) in the form of integral fleet support ships in every task group! That is why we need a Blue Water Navy.
Click to expand...

Let us look at some of the activities of the Indian Navy in 2020. In mid-2020, the Indian Navy turned saviours during the Chinese Wuhan Virus Bio-weapon pandemic with naval aircraft transporting samples and test equipment to various places with patients in need. Naval hospitals were made available to the civil administration to cater for increased healthcare requirements during the initial surge in infections till today.

The Indian Navy undertook its largest ever non-combatant evacuation under the aegis of Operation Samudra Setu, when nearly 4000 Indian nationals in Iran, Maldives and Sri Lanka were brought back home during the first wave of the Wuhan Virus pandemic.
Click to expand...

The Indian Navy has remained continuously deployed to curb maritime piracy in the Gulf of Aden. A total of 86 IN ships have been deployed in the region since Aug 2008, protecting/escorting thousands of Indian and foreign merchant ships into safe waters.

Owing to heightened tensions in the Strait of Hormuz mainly after the assassination of Lt. General Qasem Suleimani of Iran’s Islamic Revolutionary Guard Corps. Indian Naval warships have remained deployed in the Persian Gulf since June 2019, to reassure Indian merchant marine transiting the region. Naval ships have escorted close to 200 Indian Flagged Merchant vessels and 19 million tons of cargo under the aegis of Operation SANKALP.

Aligned with the vision of SAGAR – ‘Security And Growth for All in the Region’ – the Navy participated in 13 bilateral and multilateral exercises in 2020. The most recent exercise, Malabar, with the US, Japanese and Australian Navies, contributed towards much enhanced cooperation and trust. As part of the national vision of ‘Neighbourhood First’, the Indian Navy undertook Joint EEZ surveillance with the Maldives, Seychelles and Mauritius, as well as Coordinated Patrols (CORPATs) with Bangladesh, Thailand and Indonesia. Indian Navy ships were also deployed to undertake hydrographic surveys for friendly littoral countries, on their request, for about 130 days during 2020. 
While we improve operational capabilities and forge closer maritime ties with neighbours and partners, we also must remain ever ready to dispense Humanitarian Assistance and Disaster Relief (HADR) —particularly to those in need within the Indian Ocean Region (IOR) and even beyond. Whether it was cyclone Dianne in Madagascar, escort of food shipments under the World Food Program (UN WFP) to Kenya and Somalia; assistance to Government of Mauritius in salvage operations of grounded Merchant Ship Wakashio; coordination of firefighting, salvage and towing operations of fire-stricken oil tanker New Diamond off the east coast of Sri Lanka, in each case, Indian Naval ships reached on site as ‘first responders’. This is as expected by littoral states of the IOR. None other than India or Australia (to a much lesser extent) can provide such assistance.

Navies have, historically, been known to be effective instrument of state policy. This actually means that one of the best tools of diplomacy is a state’s navy. All activities involving flag-showing; presence; naval training assistance; intervention (on request of a state); hydrographic assistance; EEZ surveillance; capacity building and capability enhancement of others’ maritime forces, etc. fall under the rubric of maritime diplomacy.
Click to expand...

For a nation geographically as large as India and with maritime power responsibilities as demonstrated, all the above activities require a blue water navy. Today, with a deficit of numbers as well as certain types of elements, the Indian Navy performs these activities at a cost. The cost is in terms of over-stretched platform usage, frequent turnarounds and frequent maintenance cycles. And with many a platform having crossed their designed life, it also means risking effectiveness/reliability of performance and depleting force levels.

So, what after all is a Blue Water Navy? A Blue Water Navy is a maritime force that has the capability to project force over a much larger maritime area than that defined by its maritime boundaries, and one that can exercise sea control over its primary areas of interest. The last attribute is extremely important with two potential adversaries in our neighbourhood.
Click to expand...

A navy may be able to deploy ships in distant waters, but to sustain such a force (or its task groups) in various areas a blue water navy does not need to frequently return/replace ships at home ports. In other words, logistic support is intrinsic in the form of tankers and fleet-support vessels. Another requirement of a Blue Water Navy is to possess a ‘balanced fleet’. This phrase means a force that has all the essential components for its roles including aircraft carriers, tankers, fleet support ships, destroyers, frigates, submarines, corvettes, offshore patrol vessels, missile boats, interceptor boats, seaward defence boats and harbour patrol craft. It also includes aircraft—both carrier borne and shore-based, different types of helicopters, and finally, shore infrastructure to support and maintain all types of platforms indigenously.

Does India have a blue water navy? In the strictest meaning of the phrase, we do not yet have a Blue Water Navy. What do we need to get there? Well, at least two operational aircraft carriers—one for each seaboard (East and West); at least a dozen-and-a-half conventional and half a dozen nuclear powered attack submarines—both of contemporary design; double the current strength of destroyers, frigates, and smaller platforms; sufficient number of logistic/fleet support ships; and integral anti-submarine as well as anti-surface helicopters onboard ships.
Click to expand...

Lest the above be misunderstood, we do not have the need (nor can we afford) to match the Chinese in terms of numbers, but it is a blue water force which will prove a deterrent to both China, Pakistan as well as trans-national criminals like the Somali Pirates near the Gulf of Aden.

Sufficiency of numbers is required as all choke points need to be regularly patrolled. In the mid-1960s, the Government had approved a fleet strength of 138 ships. To date, we have not been able to breach that figure since the number of deletions (of legacy, out-stretched platforms) succeed the number of accretions.
Click to expand...

All the threats/challenges mentioned above, require constant monitoring and tracking by Indian Naval resources—be they eyes in the sky (manned aircraft or long range drones), surface ships or submarines.

India’s maritime force needs to wear a deterrent look against adversaries, protect Indian Sea Lines of Communications (SLOCS), exercise presence in all areas of the region, extend support and succour to our friends and partners during crises, and maintain interoperability with like-minded navies. Nothing but only a Blue Water Indian Navy can achieve that effectively. 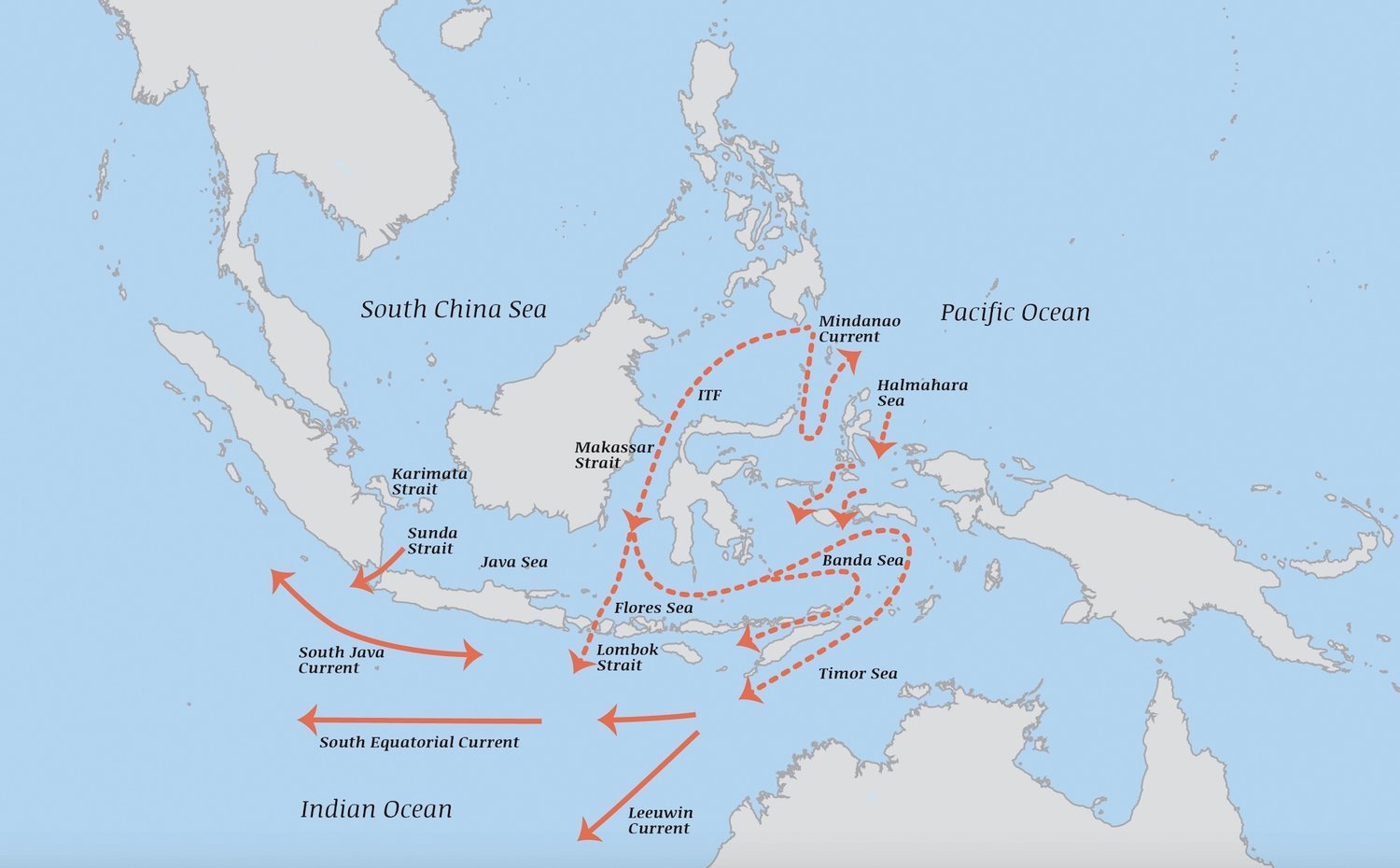 I feel personally 3rd aircraft carrier will be a reality as Nuke submarines are never constructed using Defence budget, they are made using funds released by governmnet for strategic purposes. So Blue water navy by 2030+ can be true.

Umm this article is mostly a copy paste of this one 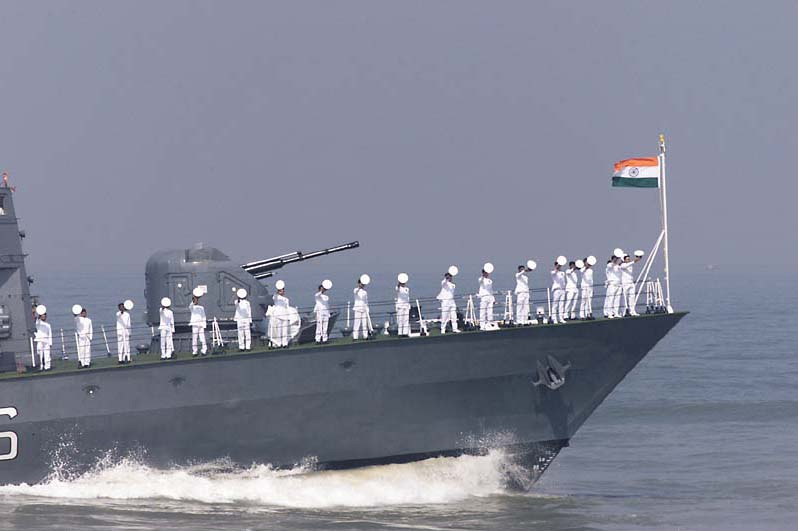