BangaliBabu said:
View attachment 49843
What was a >80 m long Kilo-like hull doing at HSL in 2004?? All the SSKs under IN during those times were more-or-less the 60 m class. The GoI, then, might've been actively testing an ATV!!!! I think this was the technology demonstrator before Arihant-class.........

Well, you might see two subs in the picture, I cannot confirm from the silhouette a second one of the 80m-kind.
Click to expand...

Those are Foxtrot class submarines of indian navy......Last submarine was decommissioned in 2003. 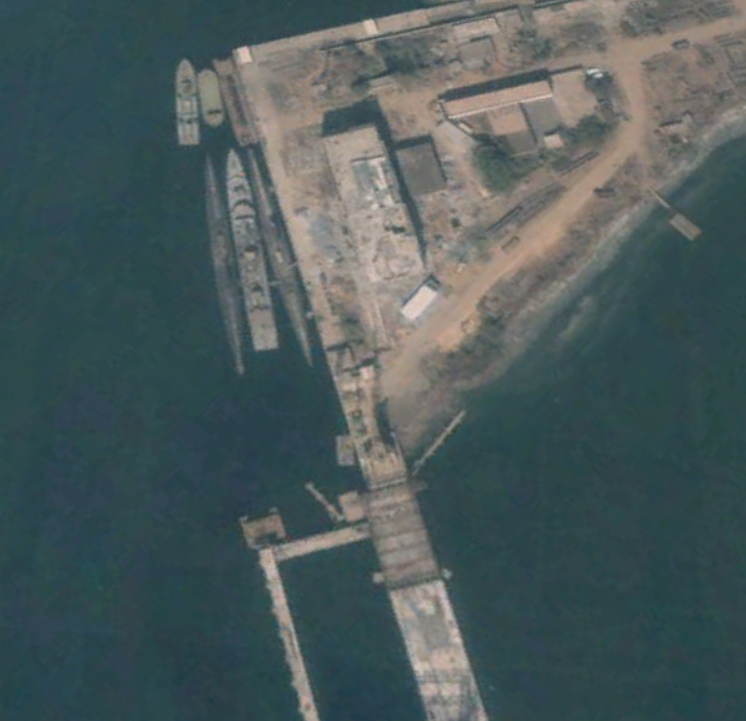 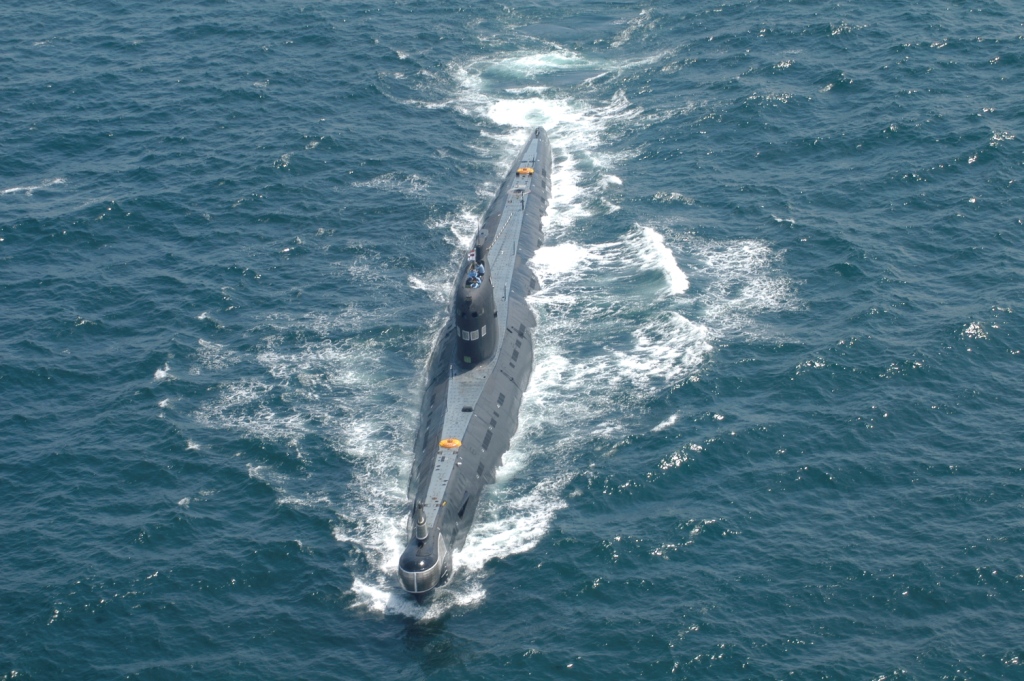 The one in permanent shed is probably our desi boomer.
Click to expand...

Thanks. I understand the middle one is big shed and have one under is but the 2 are multiple square boxes...how does one confirm .. do they fit in these

Kumata said:
Thanks. I understand the middle one is big shed and have one under is but the 2 are multiple square boxes...how does one confirm .. do they fit in these
Click to expand...

Use google maps and u will se underlying tube like structure. It's not visible here because it's balck and white.

Kumata said:
Thanks. I understand the middle one is big shed and have one under is but the 2 are multiple square boxes...how does one confirm .. do they fit in these
Click to expand...

See this picture u cam see the balck thing inside the shed. 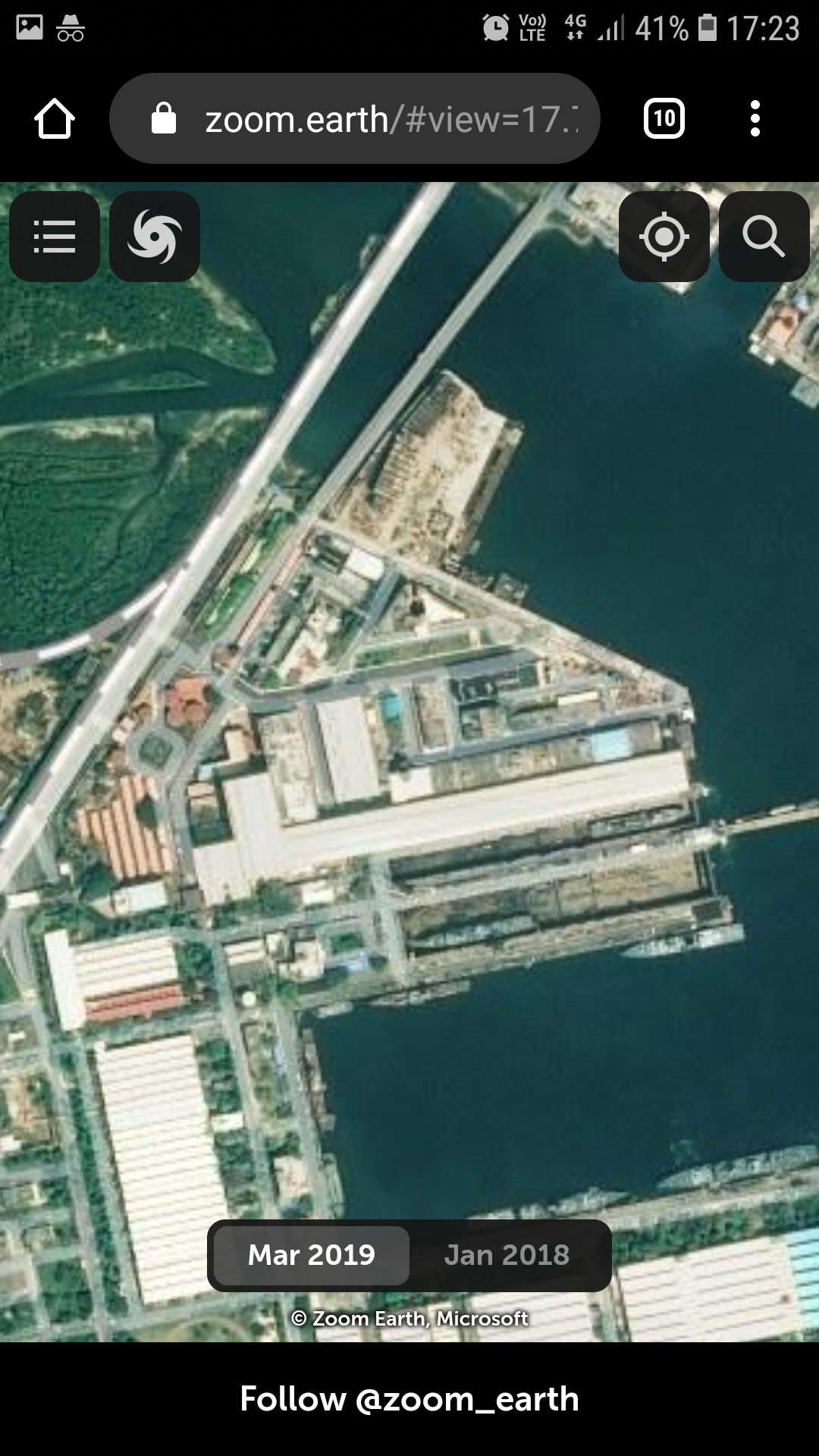 The banks of River Hugli are full of such places where a thriving shipbuilding Infrastructure can be built.

Bhumihar said:
See this picture u cam see the balck thing inside the shed.

The banks of River Hugli are full of such places where a thriving shipbuilding Infrastructure can be built.
Click to expand...

Both in one frame. Visible part of both the submarines is 100m in length.

that's pointy........the hull looks a little different, the Arihant-type. Look closely, that's what struck me. I was seeing the Foxtrot ones too.

Bhumihar said:
See this picture u cam see the balck thing inside the shed.

The banks of River Hugli are full of such places where a thriving shipbuilding Infrastructure can be built.
Click to expand...

they won't build. Doing such a thing is detrimental to political loyalty. No industrial power, more to complain, more material to give political rallies, more votes for the spicy candidates since they have expressed better than their competitors to address the problem, winning the seat and then back to square one. 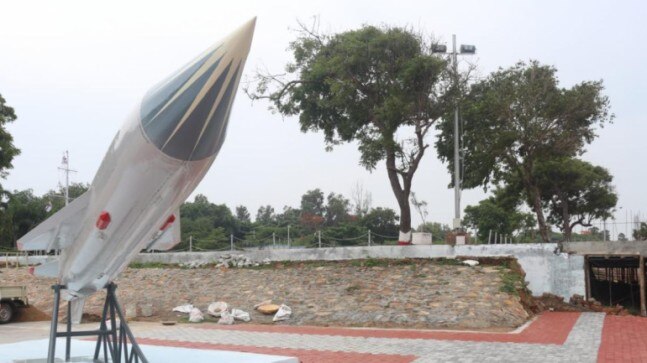 The Navy reveals a hidden gem -- a model of a Soviet-built Cold War missile never seen before in public. 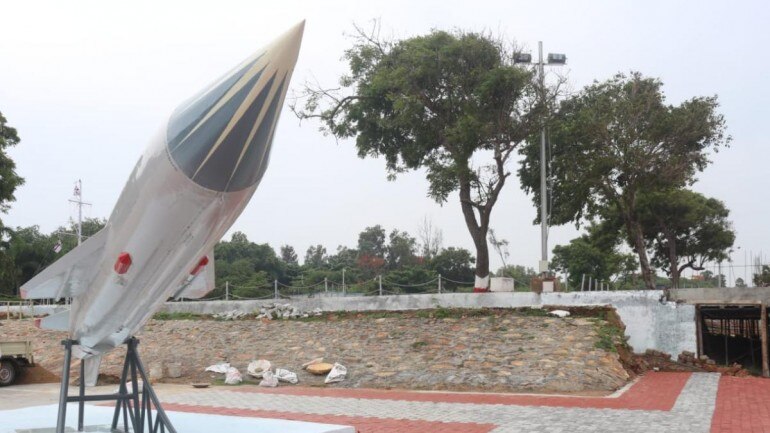 A model of the P-70 Amethyst at the INS Kalinga, Visakhapatnam.

From the bridge of the destroyer INS Rajput, the crew saw a breathtaking sight. A giant white plume rose from the mirror-calm Bay of Bengal and a grey missile the size of a small airplane broke the surface and spread its wings, powerful rocket boosters firing it into a parabolic trajectory over the horizon. "It was awe-inspiring," said an officer on board the destroyer that day. "We had never seen anything like it."

It was sometime in mid-1988. The crew had witnessed the first launch of a submarine-fired cruise missile in Indian waters-- a P-70 'Amethyst' cruise missile fired from a nuclear powered attack submarine INS Chakra, a submarine taken on a three-year lease from the Soviet Union. The target that day, a derelict Petya class corvette, broke in two as the missile's warhead of half a ton of high-explosive smashed into it.

The test was the closest most naval personnel would ever get to the enigmatic missile- part of a top secret national project to field nuclear powered attack submarines.

On May 28 this year, over three decades after that test, a freshly painted Amethyst was seen in public for the first time. It was part of an outdoor line up of several missiles, past and present at the shore based naval unit INS Kalinga. The missile park 'Agneeprastha' aims to capture the evolution of naval missiles handled by the unit. Naval officials say the park will be open to the public on limited occasions. The missile on display is most likely what the Russians call a 'Maket' or model-an identical sized version of the weapon sans the engine and warhead-- used for training crews.

Named for the blue precious stone, the missile has always been a head-turner. It electrified the world November 27, 1967 when the Soviet Union commissioned a first-of-its kind nuclear submarine, the K-43 on a shipyard on the Volga River, east of Moscow. The 'Charlie' class K-43 was the world's first submarine which could fire missiles from underwater. Its large blunt bow section carried eight Amethysts, angled upwards at 32.5 degrees.

The K-43 overcame a major handicap in all cruise missile-firing nuclear submarines (SSGNs) that had to surface, open their bulky missile launchers and fire, an action which rendered them extremely vulnerable to enemy counter-attack. It was exclusively meant to target US aircraft carriers and other high value naval targets.

"At 24 knots the Charlie it lacked the speed to pursue fast-moving carrier battle groups, but placed at choke points, it could spring a surprise," recalls Vice Admiral R N Ganesh, the Chakra's first Commanding Officer.

The Amethyst was an evolution of the P-15, a missile the navy had used to devastating effect in the 1971 Indo-Pakistan war. In less than half hour on December 4, three raiding Indian missile boats sank a Pakistani Naval destroyer, a minesweeper and a merchant ship, the largest use of ship-to-ship missiles in the history of naval warfare. 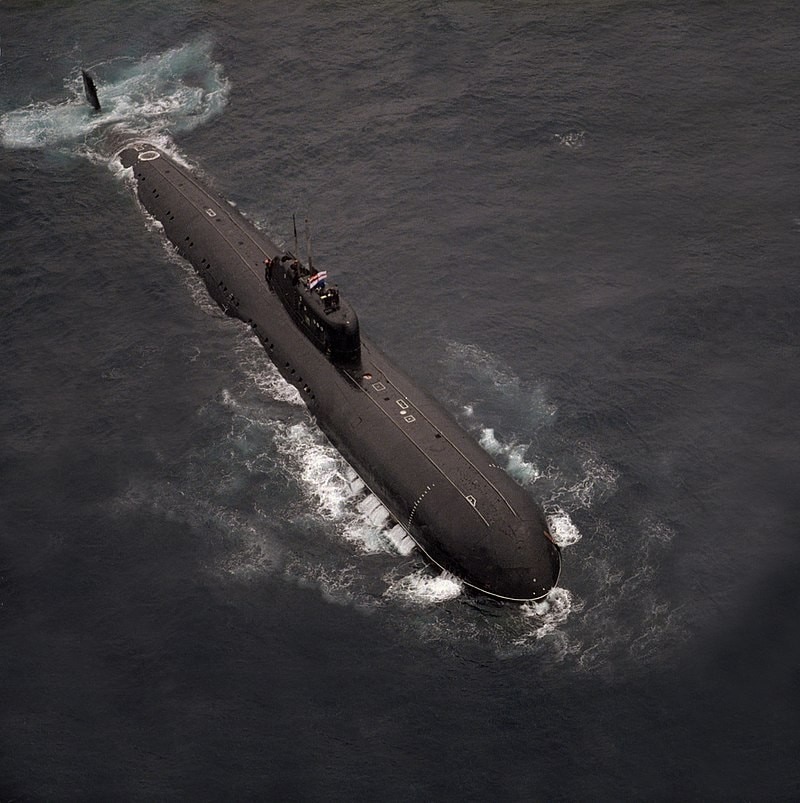 The Charlie class SSGN in transit to India.

The 3.5 ton missile was a metre longer than the P-15 and had a range of 60 kilometres. Naval expert Norman Polmar, however points out the number of shortcomings. In his encyclopaedic 2004 book-- "Cold War Submarines" -- he mentions the Amethyst's relatively short range, a limited ability to overcome defensive countermeasures and requirement for a complex submarine control system.' Still, it was a formidable capability accretion for a Navy which essentially found itself defenceless when the US Seventh Fleet's forayed into the Indian Ocean in 1971. The Soviets supplied the Navy with 16 Amethysts as part of the three year lease.

The Chakra was meant to train crews to man a series of indigenously built nuclear powered attack submarines that India had planned to build. Training of Indian crews to man the boat and the missile began in Russia in the early 1980s.

"It was like a fairy tale, a secret Russian fairy tale told to us one lesson at a time. Every day we got to know of the Amethyst's capabilities," says one of the Chakra's missile officers, who did not want to be named.

The Soviet obsession with hunting US aircraft carriers continued as they fielded bigger and faster SSGNs and missiles with increased ranges-- the Charlie-2, the 'Papa' and finally the monstrous 'underwater battlecruiser' the 19,500 ton 'Oscar' class armed with 24 supersonic carrier-killing cruise missiles.

India's Advance Technology Vessel Project to field Chakra-type SSN/ SSGNs meanwhile, underwent a major course correction in the 1990s. The project was converted into what we now know as the Arihant class submarines - nuclear submarines firing nuclear-tipped ballistic missiles-political instruments of deterrence and hence not used for sea denial operations like hunting warships.

With the commissioning of the INS Sindhushastra in 2000, the navy acquired its first missile firing conventional submarine two decades ago and since most of its 14 conventional submarines have been retrofitted to fire an array of Russian, French and US cruise missiles. All these platforms however are hobbled by the lack of a nuclear propulsion that would give it tremendous speed and literally unlimited endurance.

The Indian Navy meanwhile took on a second submarine, also called the INS Chakra from Russia on a ten-year lease in 2011. Russia has begun refurbishing another nuclear submarine to be delivered for another ten-year lease by around 2026.

A Rs 1 lakh crore project to build six indigenous SSNS is still in the design stage and won't be realised until the 2030s at least. The missile on the beach is hence, a reminder of both the past and hopefully, not too distant a future.

Has Arighat been commissioned? Any inside news?

@bhramos What's the story about INS Chakra leasing ? is it going back next year ? was there any internal hand in the fiasco ?

captscooby81 said:
@bhramos What's the story about INS Chakra leasing ? is it going back next year ? was there any internal hand in the fiasco ?
Click to expand...

YES, a retired Admiral's Son-in-Law was onboard INS Charkra. as per some rules, they wont get any promotions and transfers... as every sailor got 45 week training at cost of $4-5 M per sailor. so he didnt wanted to make a move on INS Chakra's lease....