On 4th April 2012 , The Indian Navy commissioned the INS Chakra , an Akula II class nuclear submarine into their submarine fleet. It's their only nuclear submarine in service. But that's not what makes it special, nor does the fact that it's the most advanced and powerful submarine in Asia, outside of Russia. What is special is, the way they obtained the submarine by cleverly finding a loophole in international laws. According to International Law, a country cannot sell or purchase a nuclear powered ship/submarine from another country. But the law never mentioned anything about a lease.
-
The Indian Navy, like any other growing regional power, aspired to operate a nuclear attack submarine(SSN) . Their wish was fulfilled when they leased an old Charlie class sub from the Soviet Union from 1988-1991. But that sub had to be returned after 3 years according to the lease agreement. India didn't actually have full access to the sub although it was under Indian command. The reactor and missile chambers were operated by the Russians and Indians weren't given access to it and it also couldn't be used in a war. This gave them a superficial nuclear submarine capability. There was no indigenous SSN being built in the near future. The breakup of the Soviet Union made leasing another submarine impossible as the Russian Navy was in disarray. But once things stabilized in Russia, and their shipbuilding yards started working in capacity, it came to India's notice about the hulls of 2 Akula class SSNs which were lying unfinished at the Amur shipyard in Russia due to lack of funds to finish it's construction. Seizing the opportunity , India paid an estimated 650 million $ for the completion of one of the hulls named Nerpa (K-152) after Russia offered the hulls to them. The final amount was said to be a total of 900 million$ for a 10 year contract. And the new Chakra could be used in a war. This is the news report.

-
Now I'll start with my analysis. Who on earth pays half the amount for the construction of a submarine and follows it up with lease payments totalling up to the entire cost of the submarine, if they are not planning to keep it. The actual cost of-
INS Chakra is said to be around 1.5 billion $. The Indians have already paid 900 million $ inclusive of the lease which is about 300 million $ for 10 years. The contract allows them to keep the sub from 2012 to 2022. And according to official reports, if it is returned back to Russia, India will never recover the cost of construction of the-
Chakra. Russia will greatly benefit from it. But since India is in no state to donate a nuclear submarine they paid for, they will be keeping it, under the pretext of "leasing"it as the sale is prohibited. India will pay 300 million $ per decade for the next 2 decades to make the full payment of the entire cost of the sub, weapons and training. So 900 million $ at present 300 300 million $ in the future will total 1.5 billion $, the original cost of the sub. This being said, I strongly feel that Chakra will never enter service with the Russian Navy again and will be kept in the Indian Navy till the end of its useful life, under the disguise of a lease.
The other interesting thing is that the submarine is probably built according to Indian specifications, with 8 X 533 mm torpedo tubes instead of 650 mm ones. It has digital displays and systems in place of the analog ones. It has a capacity for 40 torpedoes and missiles which can be launched from the torpedo tubes. The Russian versions have the 3000 km range Granat cruise missile. But according to MTCR, such missiles can't be exported and it is equipped with the 300 km range Klub-S Anti Ship Cruise missile and torpedoes. This gives it a formidable strike power, double that of existing Indian diesel subs. Chakra also has an escape pod mounted in the tail fin which will help the crew to escape in case of an emergency. 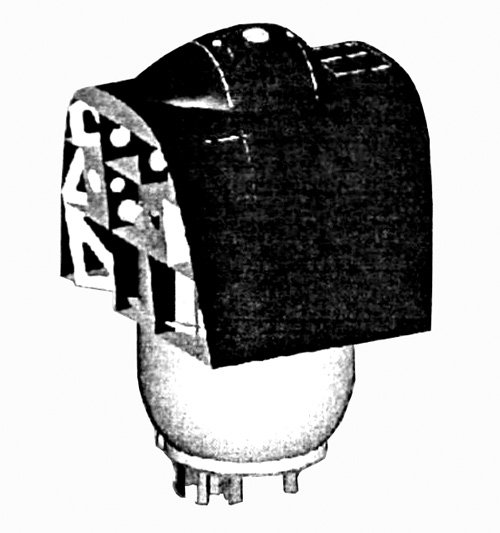