fire starter said:
humvee is participating in LSV tender whereas there is separate tender for 8×8 whap like platforms seems like ANI mixed both of them.
Click to expand...

ezsasa said:
Why are the good jernails getting fixated on light tanks?

Looks like more articles have been written about light tanks than any other IA equipment related subtopic during this escalation.
Click to expand...

2. Asymmetric : expand the envelope vertically while simultaneously using assets which are asymmetric horizontally.

Kalyani 105 mm mounted go anywhere light vehicles for use in both indirect as well as direct fire modes .

Current situation can be addressed if we judiciously select the appropriate assets as available in short time as a hedge to current requirements while acquiring others progressively.


indian army has a very defensive mindset . If one wants to win wars , it is necessary not only to address the threat on a peer to peer level but to hold overwhelming advantage with judicious use and selection of assets. Blindly copying the enemy in a tit for tat , will only restrict us - we end up falling in their trap.
T

ezsasa said:
After the russian lobby did their sales pitch, now the American lobby is getting into the act.

Next stage is American lobby & russian lobby , will make the rest of us fight with each other on SM & Op-eds.

I remember Humvee being displayed in a Defence Expo in India when I was in school (2009 -2010 period).
Even then the news was Humvees and Patriot Missile System being considered by India

I have those 2009 era newspaper cuttings of Super Sukhoi upgrades(since internet was scarce I used to cut all army pics and stick them to a book)!!

Now its 2020, when USA is dumping Humvee and moving to JLTV, we are asking for old Humvees!!

Probably the Humvee love was renewed after Chinese deployed their own vehicles at Pangang Tso.

RFI for local manufacturing, but some of the RFI is for single and double digit quantity.
why would anyone invest for manufacturing such low quantity!!! 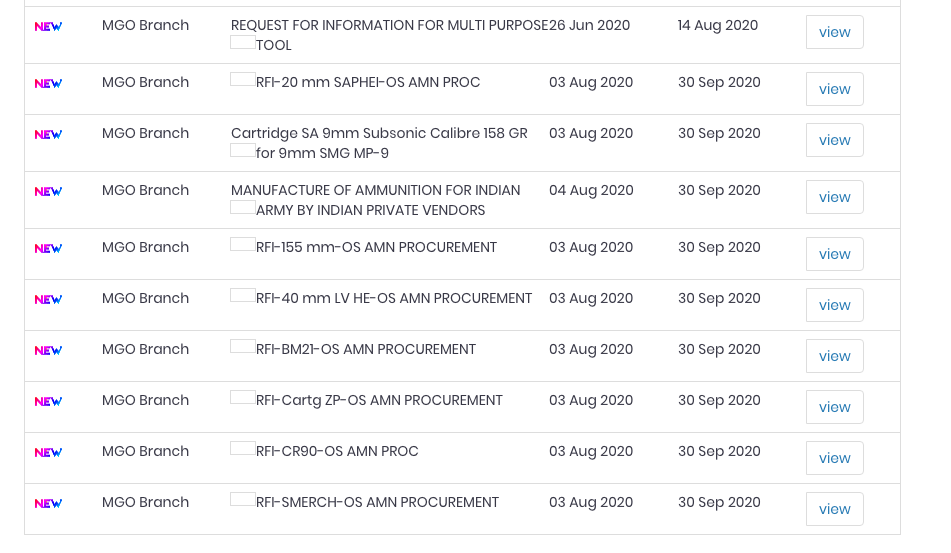 Everything you wanted to know about the
@adgpi
‘s light tank quest from one of its prime movers - Lt Gen AB Shivane fmr DG Mech Forces. 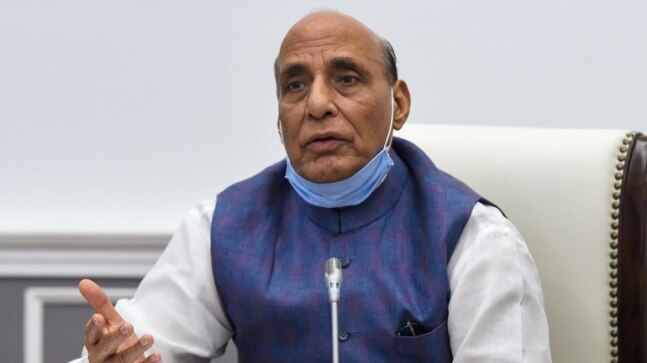 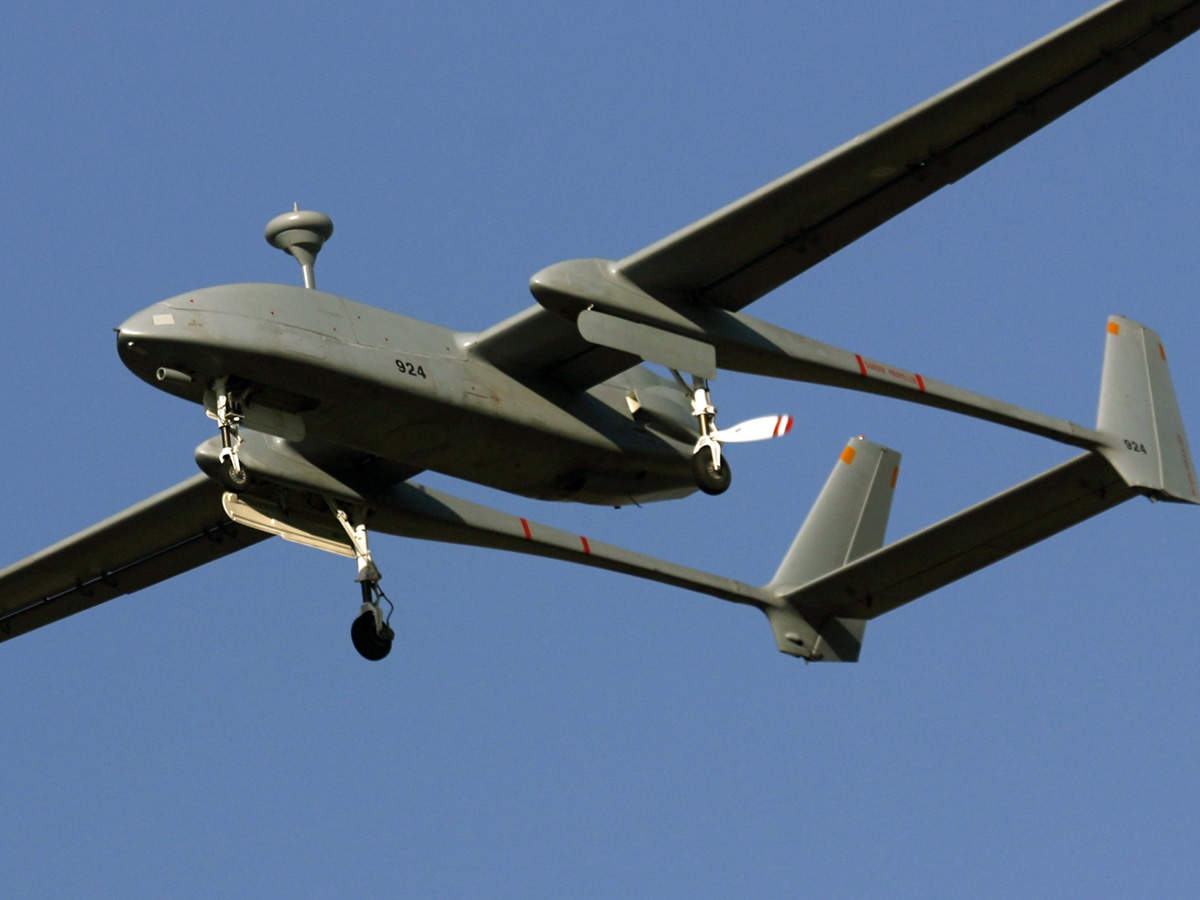 Amid border tension with China, the armed forces are pushing a case for arming their Heron UAVs with laser-guided bombs, precision-guided munitions and anti-tank missiles for taking out enemy positions and armoured regiments. The proposal, named 'Project Cheetah', has been revived by the armed...

Tanmay said:
I remember Humvee being displayed in a Defence Expo in India when I was in school (2009 -2010 period).
Even then the news was Humvees and Patriot Missile System being considered by India

I have those 2009 era newspaper cuttings of Super Sukhoi upgrades(since internet was scarce I used to cut all army pics and stick them to a book)!!

Now its 2020, when USA is dumping Humvee and moving to JLTV, we are asking for old Humvees!!

Probably the Humvee love was renewed after Chinese deployed their own vehicles at Pangang Tso. 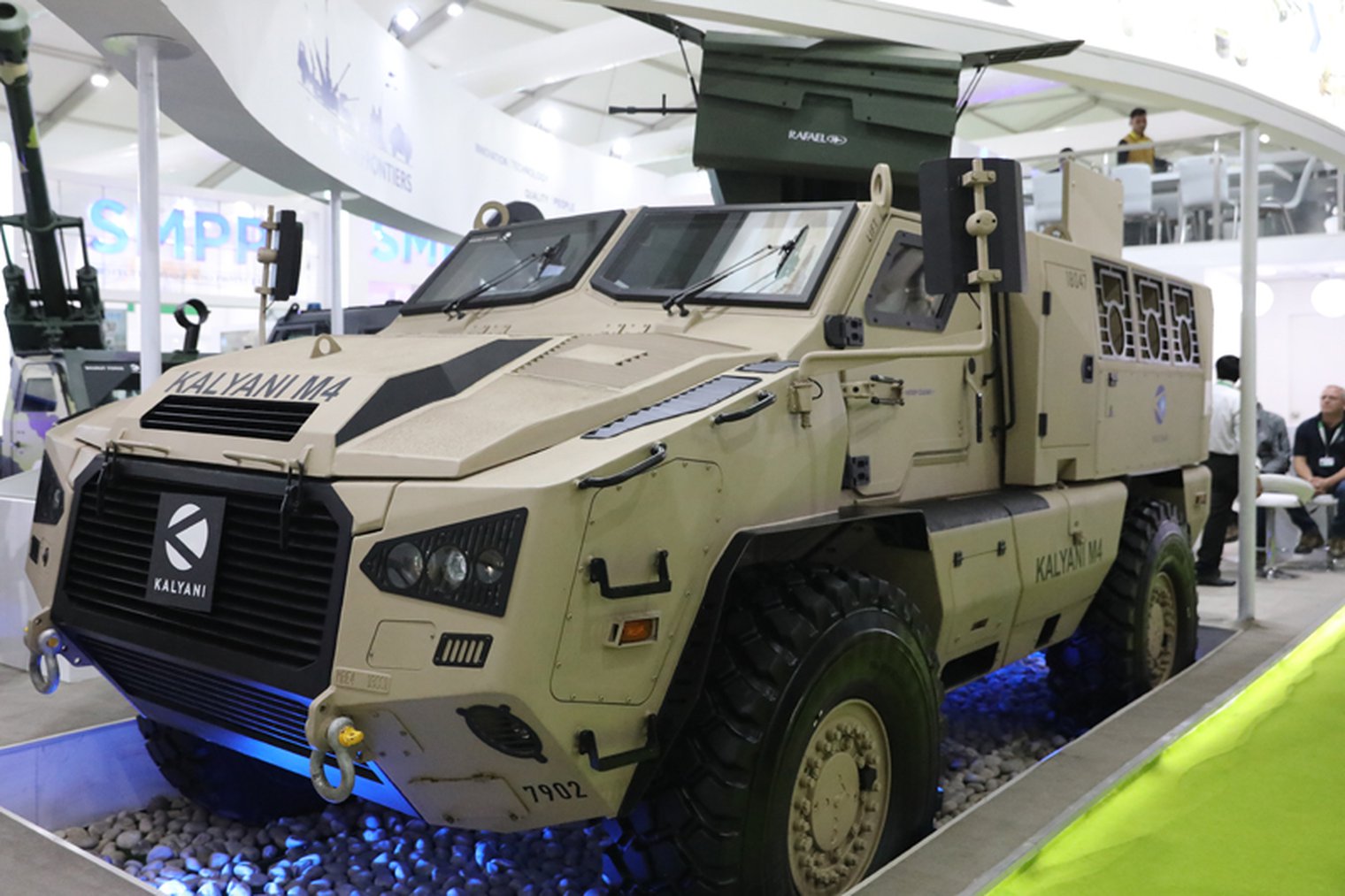 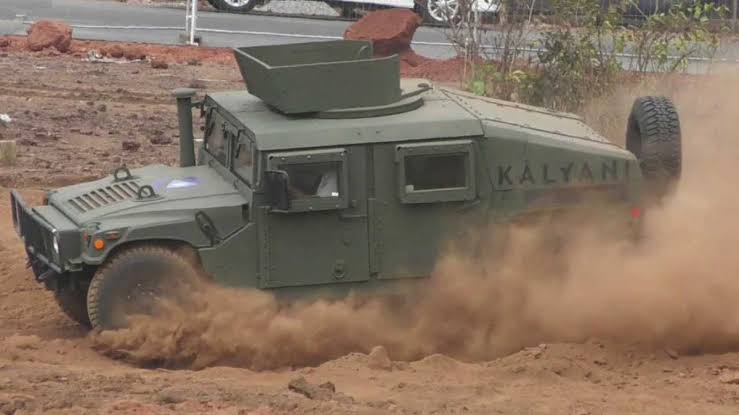 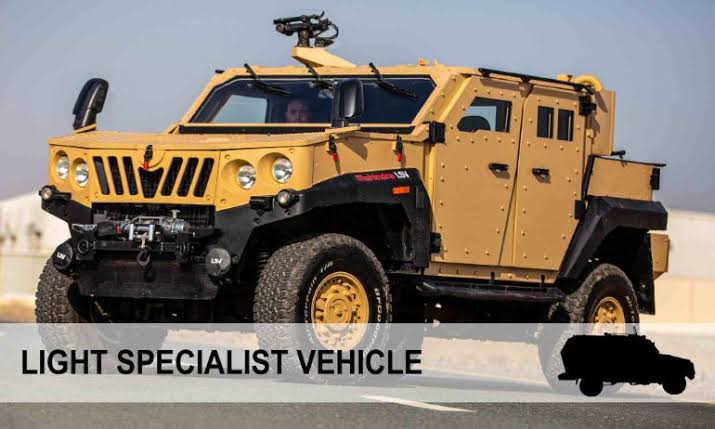 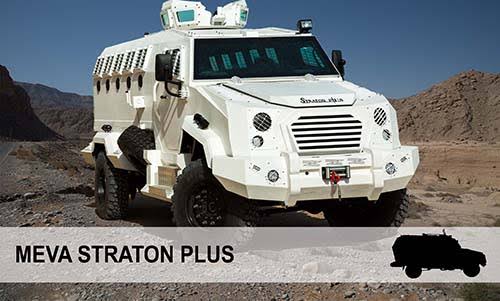 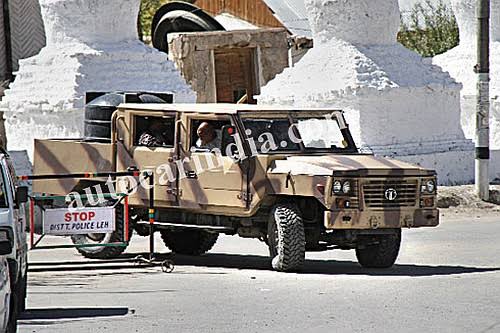 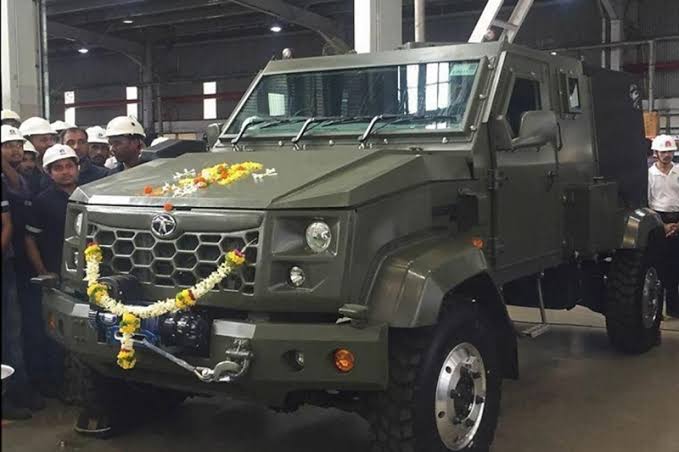 No radar to be imported . So we ll get elta aesa frm isreal or not ? 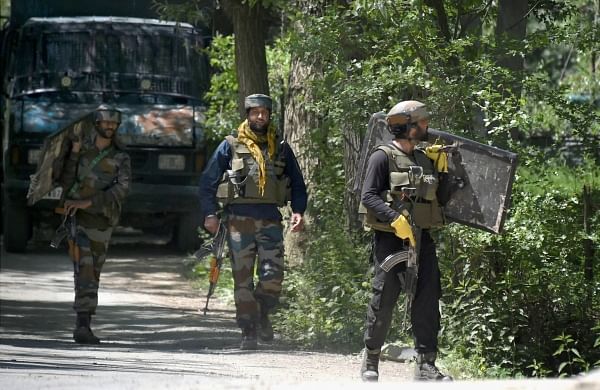 The ventilators are designed for a broad range of applications to include advanced invasive or non-invasive respiratory support.

Indian Army To Buy 6 Indigenous Weapon-Locating Swathi Radars For Over ₹400Cr
In a boost to Make in India in the defence sector, six more Swathi weapon-locating radars developed by Defence Research and Development Organisation are likely to be procured for Indian Army


The case for acquisition of six Swathi weapon-locating radars worth over ₹400 crore is scheduled to be taken up in a defence ministry meeting likely to be held tomorrow, defence sources told ANI.

The weapon-locating radars developed by the DRDO and built by Bharat Electronics Limited had achieved a major success as they were supplied to a foreign country also.

The Swathi weapon-locating radars will provide fast, automatic and accurate location of enemy weapons like mortars, shells and rockets in 50-kilometre range. The radar can simultaneously detect multiple projectiles fired from different weapons at different locations.

The Indian Army has been using the radars for its operations along the Line of Control in Jammu and Kashmir. The system was given for trial to Army in 2018.

Indian Army has been giving a major push to the indigenisation and has given orders for many equipment like self-propelled artillery guns to Indian vendors.

In a boost to Make in India in the defence sector, six more Swathi weapon-locating radars developed by Defence Research and Developmen...


It is likely to clear the purchase of major weapons systems for the navy including:

The Army has several projects under discussion:


Some changes to the plan to manufacture the AK-203 Russian designed assault rifle are expected to be considered.


The manufacture of ammunition for the T-72 and T-80 tank is being looked at. This could be entrusted to the Defence Research and Development Organisation or DRDO and the private sector. 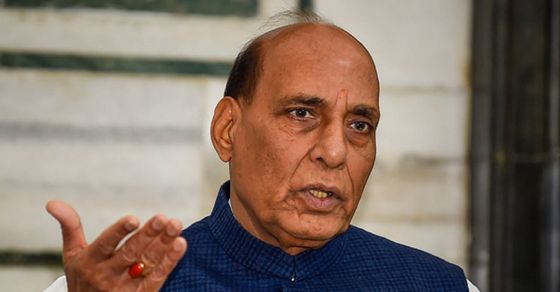 Big boost to armed forces: DAC approves acquisitions worth Rs 8,722 cr; 106 trainer aircraft cleared for IAF
New Delhi: In a boost to the Indian armed forces, the Defence Acquisition Council (DAC) on Tuesday approved acquisition proposals worth Rs 8,722.38 crores. The Defence Ministry said as part of the proposals, 106 Basic Trainer Aircraft will be acquired from the state-run Hindustan Aeronautics Limited (HAL) for the Indian Air Force.


The Ministry of Defence announced the following:


- To improve the fire power of Indian Navy, the DAC approved procurement of an upgraded version of Super Rapid Gun Mount (SRGM) which is fitted as the main gun onboard Navy and Indian Coast Guard (ICG) warships from Bharat Heavy Electricals Limited (BHEL)


- DAC approved procurement of 125 mm APFSDS (Armour Piercing Fin Stabilized Discarding Sabot) ammunition for Indian Army as a ‘Design and Development Case’. The ammunition being procured will have a 70% indigenous content 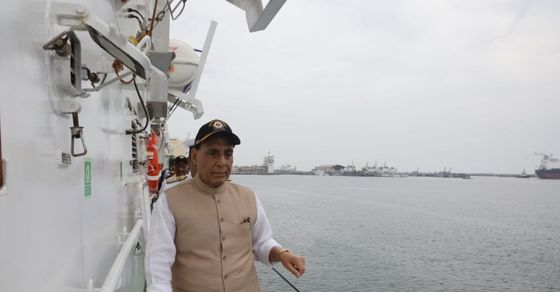 The Defence Ministry said as part of the proposals, 106 Basic Trainer Aircraft will be acquired from the state-run Hindustan Aeronautics Limited (HAL) for the Indian Air Force.

does anyone knows about it.

Can any one please explain me why have we deployed female soldiers in Kashmir?
What if they are kidnapped?

fire starter said:
does anyone knows about it.

Must be DRDO MkII APFSDS (or as DRDO likes to call them: FSAPDS). Cleared trials some time ago. 500+mm RHAe penetration @ 2000 meters. Better than Mangoes. Enough to pierce frontal armour of all Paki tanks from 2 km away. (except the new VT-4 and maybe the T-80U). But not good enough against frontal armour of Chinese Type-96 and definitely not good against frontal armour of Type-99. Project already underway for upgrading FSAPDS penetration to 600 mm and then slowly increase to 800 mm. Will be able to frontally take down all enemy tanks except Type-99 in some years.

*
DGMF claims to have already improved barrel strength to withstand chamber pressures of upto 650 MPa. But the Russians already use a new barrel with 650 MPa capability on their T-90 and T-72S. Another Indian Army EOI from 2016 mentions Chamber pressure of <600 MPa. One distinguishing feature of new Russian barrel is a chrome lining. We can observe chrome lining in barrels of T-90 tanks of Indian Army, but not in the T-72 CIA. But the EOI mentioned is for both T-90 and T-72 tanks. Meaning Indian Army plans to upgrade guns of T-72 to those in the T-90 standards, but then why the limit of 600 MPa and not 650 MPa as claimed by DGMF? To enhance barrel life? 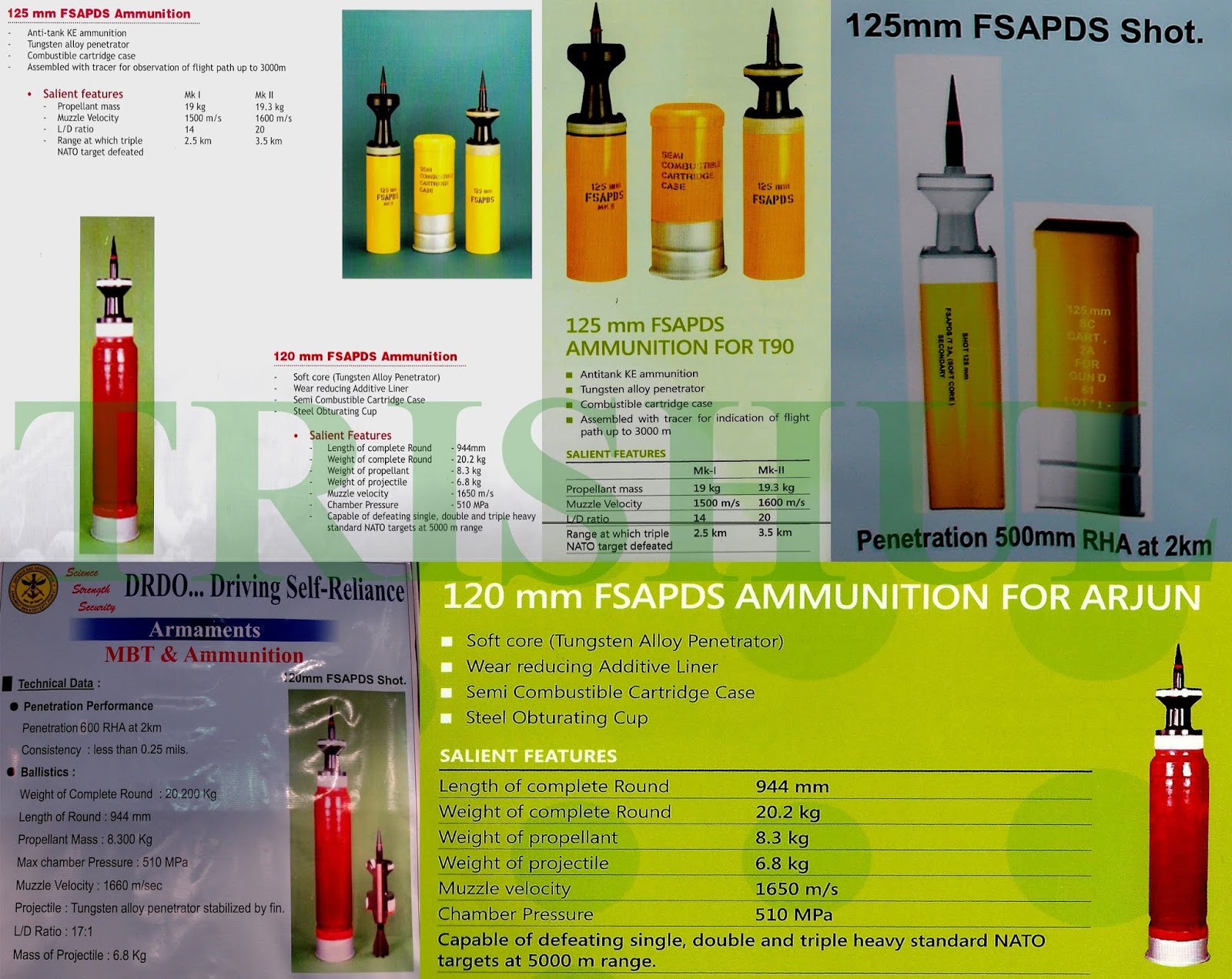 Manpower of MoD
​
Mnapower cost of MoD and Armed Forces has been under lot of focus and discussion. The following post are being extracted from a study by IDSA.

The posts are being put here since the Indian Army constitutes of the largest Chunk of the manpower.

* The Ministry of Defence (MoD) employs the biggest workforce among all the central government ministries.

* Though the bulk of the MoD’s workforce consists of uniformed personnel (employed in the army, navy and air force), a sizeable number of defence civilians are employed in the armed forces and various other establishments to perform a variety of functions ranging from the provision of clerical support to the design and manufacture of state-of-the-art weapon systems.

* Naturally, pay and pension constitutes the single largest element of the MoD’s expenditure

India needs to have a public version of defence manpower database as part of its annual budgetary document. This would facilitate greater understanding and analysis of any possible manpower-related reforms in the future.