Modiji must get the message that his supporter-base will be very disappointed with him if he doesn't act.

It should be enough to exorcise the demonic MEA babu whispers in his ear of "Hehe Modiji, what if you escalate and LOSE a war with the Chinese hehe, so don't do anything hasty, let us do chai biscoot and de-escalate ok? ".

Escalate doesn't mean you would have a war as Babu -e- MEA would tell you, it would just mean that the chinese would know we aren't to be fucked with using their loophole-in-agreement tricks like rods with barbed wire and guandaos etc, it would put the ball in their court, and we know from their actions that they too don't want a war, let their dhotis/kimonos shiver then.

Again this won't happen because most media are also lapdogs of Cong and by extension their MoU partners, the PRC.
Other media outlets like TN, Republic, HT etc are all pro-establishment papers, so nothing from there.

You can only pray that the Chinks start something big, and we are forced to respond in kind.
Click to expand...

u forgot TV9 Bharatvarsh . They have started war already. but yeah they are not pressurizing GOI.
J

Ah, so this is the endgame. Chinese agents in Nepal are looking to sell Nepal to China. This guy is the founder of big media in Nepal.

"How will India react if Nepal and China decide to form a Gurkha regiment in the People’s Liberation Army? The reaction will be reactive and perhaps India’s decision to not attack Nepal militarily will come to an end."

"Without power, Nepal has to remain neutral. When it feels powerful enough, the story might be different."

Sanglamorre said:
Ah, so this is the endgame. Chinese agents in Nepal are looking to sell Nepal to China. This guy is the founder of big media in Nepal.

"How will India react if Nepal and China decide to form a Gurkha regiment in the People’s Liberation Army? The reaction will be reactive and perhaps India’s decision to not attack Nepal militarily will come to an end."

"Without power, Nepal has to remain neutral. When it feels powerful enough, the story might be different."
Click to expand...

Both China and India are idiotic countries when it comes to dealing with smaller states. China only knows how to wield a stick (even in the appearance of a carrot) and India overwhelmingly only knows how to show a carrot (which is much smaller than other global powers' carrots).

Countries like Nepal, Bhutan, Bangladesh, SL and Burma SHOULD be treated generously and with respect, AS LONG AS they know their place. When such little nations forget their aukaats, and especially once they start whoring themselves to more distant inimical powers - it's time to grab them by their balls until their hearts and minds follow.

The result of bungling ties with these countries is now visible most prominently in Nepal - we have a Nepalese PM that's nothing more than a sock puppet with a Chinese hand coming out of his ass all the way from Beijing.

The need of the hour is to get creative and handle him for good; but in such a way that China isn't able to score a huge perception victory; and keep these lessons in mind when dealing with other neighboring countries - because China isn't done poking fingers in India's neighborhood yet.

Maybe dig up some serious dirt on him (or engineer some sort of massively embarrassing situation). But the slimy little parrot-faced bastard has to go.
M

One thing really frustrated me doesn't Indian politicians like own territory that they give to others normally/easily.
Last edited: Sep 25, 2020
I

The arrest of the Chini mole journalist seems to have worked as an excellent warning to these snakes.
Click to expand...

Brahma Chellaney has been warning about China for donkeys years when everyone else had their heads deeply inserted up their backsides and couldn’t see a damn thing. Chellaney is a hawk and as such anything the government does isn’t going to be enough for him. Pointless to think he’s an anti India “snake”.

Huawei's research lab in Dongguan city is on fire.

Was Kejriwal on the panel of negotiators by any chance?

I would rather we admit we lost it rather than being subjected to an insult like this.
N

I honestly don't think that the Chinese will even agree to this. Why would they allow alternate weekly patrolling by India in areas which they have and where they know India will not take any aggressive action to retrieve ?

Trying to contain my rage. 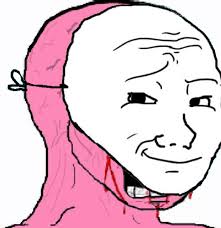 The article is from print so take it with a big pile of explosive diarrhea.
Last edited: Sep 25, 2020
I

I won’t believe it until govt mouthpiece ANI confirms it

Just reading this hurts my brain how stupid can these guys be.

Odd days for China , even days for India .

Only thing remaining is for another Modi and Xi Jinping summit where the deal is signed .

i know you guys will love it 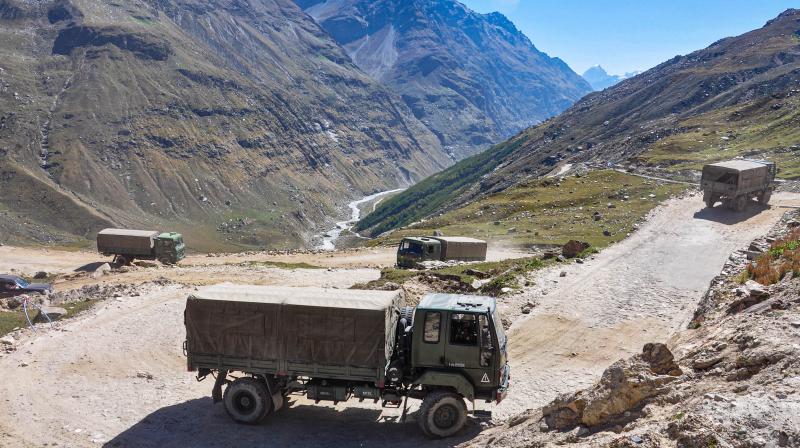 India tells China: We will discuss A to Z, not just south bank of Pangong Tso

well, have MEA babus grown hardtail off lately by any chance

India has clearly told China that it will talk about disengagement in the whole of Ladakh starting from Depsang plains to Pangong Tso, said sources. India has also warned China that Indian soldiers will fire if PLA troops will try to outnumber them like in Galwan on June 15.

Sources said that China is not ready to accept that it first transgressed across the line of actual control (LAC) and is insisting that talks should be held on disengagement from South banks of Pangong Tso where India has occupied strategic heights.


However, India stand is clear that “we will talk from A to Z” in Ladakh, said sources.

Sources said that China had started breaking protocol after Doklam which said that not more than 15-20 soldiers will patrol the LAC. But Chinese army started sending bigger patrol consisting of 50-100 soldiers and this number kept on increasing every year. These bigger Chinese patrol used to push Indian teams. PLA soldiers first started stone pelting and then brought improvised weapons like iron rods studded with nails to attack Indian patrols.


“Now Indian soldiers are directly warning Chinese soldiers that we will fire if you will come near us for attack. Chinese soldiers have also understood that if they will come in large numbers to attack Indian soldiers they will suffer bigger losses,” said sources. Sources confirmed that there have been many instances of firing at the line of actual control (LAC) in Eastern Ladakh since India occupied strategic heights on August 29-30. A senior official said that Indian soldiers used to carry guns previously too but now they have been given instructions that they are free to fire in self-defence and in extreme conditions.


“Now we will not allow Chinese to follow their old strategy of coming in large numbers with improvised weapons and attacking Indian soldiers,” said sources.

Sources said that China is also preparing to stay in the Ladakh sector during winters. “We cannot believe in everything China says. Joint statement is good but whatever China is saying should also be reflected on the ground,” said sources. India’s stand is that it was China which first transgressed and it will have to disengage first
Click to expand...

Odd days for China , even days for India .

Only thing remaining is for another Modi and Xi Jinping summit where the deal is signed .

i know you guys will love it

Not happening.. u r trusting a Print article...this Odd even scheme will be like giving a legitimacy to chinese chutiyapa... Govt is clever enough to see thru this... there is a reason why Babu of MEA china desk is directly involved behind army... So what ever army says will happen not MEA babu

This may work in Depsang briefly.. Both sides don't want anyone to have a settled camp there. But then again Chinese are likely going to backstab yet again.
Finger 4-8 is physically lost as of now. South side of Pangong is basically our leverage over any Chinese moves.
It's a stalemate of sorts. China did get Finger 4-8 but we also got advantage over Spanggur gap.
We have to set up some kind of surveillance equipment like the Chinese have got in Depsang.. We could monitor their movements better.

Sanglamorre said:
Tf is this Delhi with its alternate odd even day -_-
Click to expand...

As if that will work with the chinese.. They might agree now.. so as to keep their asses warm in the winter; but come summer they will again stop Indian patrols probably permanently.. They were taken by surprise w.r.t massive winter deployment.. But, given enough time they have the logistics to build a spa on top of Finger 4.. We must force the Chinks to freeze and die or vacate the peaks.. so that we occupy more peaks permanently..

Between as per the article, this alternate week patrolling might come into play, only once disengagement is complete
Last edited: Sep 25, 2020
You must log in or register to reply here.
Similar threads
India-China 2020 Border Dispute - Military and Strategic Discussion
Non-Military implications of India-China Standoff 2020
Memes & Jokes India China Standoff 2020
India to overtake China in 2020: Swaminathan Aiyar
Share:
Facebook Twitter Reddit WhatsApp Link