Discussion | India, Central Asia, Afghanistan, and the future of this region

This thread here is to discuss everything related to Central Asia and our renewed focus on how we can do more stuff with them than we did before. There are a few things to take note of that happened recently:

India and Central Asian nations share a “broad regional consensus” on Afghanistan, said a regional conference of Foreign Ministers in Delhi on Sunday that proposed the use of the India-run terminal at the Chabahar port in Iran as a route for trade.

A joint statement issued at the end of deliberations as part of the third India-Central Asia dialogue, hosted by External Affairs Minister S. Jaishankar with the Foreign Ministers of Kazakhstan, the Kyrgyz Republic, Tajikistan, Turkmenistan, and Uzbekistan, said it was important to provide “immediate” humanitarian aid for Afghans.
Sources told The Hindu that the Ministers had confirmed the participation of the leaders of their respective countries at India’s Republic Day celebration when they will hold a summit-level dialogue with Prime Minister Narendra Modi. The Central Asia dialogue comes a month after National Security Adviser Ajit Doval hosted five counterparts from the region for a security dialogue focusing on Afghanistan.

“Ministers noted that there is a broad ‘regional consensus’ on the issues related to Afghanistan, which includes the formation of a truly representative and inclusive government, combating terrorism and drug trafficking, the central role of the UN, providing immediate humanitarian assistance for the Afghan people and preserving the rights of women, children, and other national ethnic groups,” the joint statement said. In his opening remarks, Mr. Jaishankar said that the six nations all shared common “concerns and objectives” in Afghanistan.

“We must find ways of helping the people of Afghanistan,” he added. India sent a shipment of medical aid by air to Afghanistan earlier this month, but the bulk of its planned aid including 50,000 tonnes of wheat is still being discussed with Pakistan, the External Affairs Ministry said on Thursday. The five Foreign Ministers traveled to India, sending their deputies to Pakistan for an Organisation for Islamic Cooperation meeting. Turkmenistan Foreign Minister traveled to Islamabad on Saturday and held bilateral talks with Pakistan Foreign Minister Shah Mehmood Qureshi. While none of the countries recognize the Taliban, only Tajikistan has taken a strong stand against any bilateral contacts with the group after it took control of Afghanistan in August. Turkmenistan and Uzbekistan have re-opened their missions in Kabul. They have also exchanged ministerial-level visits with Kabul, as have Kazakhstan and the Kyrgyz Republic. India has thus far met Taliban leaders publicly only twice, in Doha and Moscow.

The dialogue also discussed how to increase links in what Mr. Jaishankar called the “4 C’s” of Commerce, Capacity enhancement, Connectivity, and Contacts. India-Central Asia trade is quite small at present, accounting for less than $2 billion, most of which comes from Kazakh oil exports to India. Given Pakistan’s block on land trade from India, the countries determined to make more use of the sea route via Chabahar, which is connected to Central Asian countries by road and rail through Iran, as well as the International North-South Transit Corridor (INSTC) that goes via the Iranian port of Bandar Abbas. “India welcomed the interest of Central Asian countries to utilize the services of Shahid Beheshti Terminal at Chabahar Port for facilitating their trade with India and beyond,” the joint statement said, adding that Mr. Meredov had stressed the importance of the Turkmenistan-Afghanistan-Pakistan-India (TAPI) gas pipeline project. The dialogue also decided to explore establishing joint working groups to address issues of free movements of goods and services between India and Central Asian countries, according to the statement.
Click to expand...

Foreign Ministry Spokesperson Wang Wenbin slammed the Biden admin for seizing $7 billion in Afghan assets after it froze them in August last year.

Taliban facing pressure from. ISIS and pajshir rebels ... they will not be able to push the pakis that much anymore.

SanjeevM said:
China calls the US “bandits” for seizing $7 billion worth of Afghan assets

Foreign Ministry Spokesperson Wang Wenbin slammed the Biden admin for seizing $7 billion in Afghan assets after it froze them in August last year.

This was a good thing that the Americans did by freezing their assets because this would go towards spreading jihadi lunacy. Yes, they did leave $80 billion of weapons there lying around (perhaps intentionally), but the Taliban will have to be judicious about using them as there is no support or maintenance for those.

They will use them for specific operations only. But this money would instead go into funding terror against us and other countries that don't agree with their medieval methods.

Taliban flashing off their new gear

Ayman-Al-Zawahiri killed in a drone strike by the Americans inside Afghanistan.

Indian embassy in Afghanistan resumes operations after a year of suspension 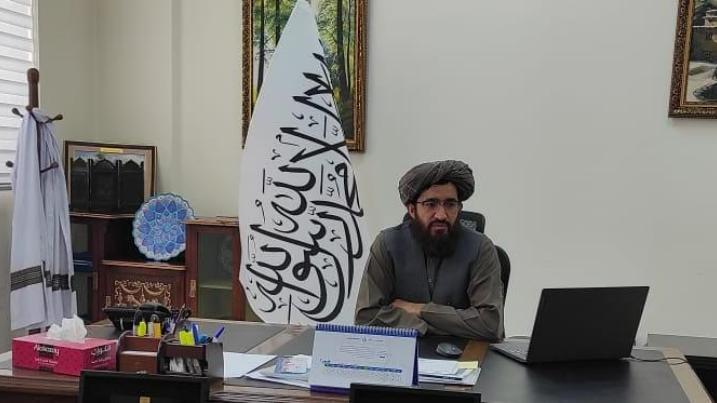 Indian embassy in Afghanistan resumes operations after a year of suspension

Indian Embassy in Kabul resumed operations after suspending the office since the Taliban's takeover of Afghanistan in August 2021. 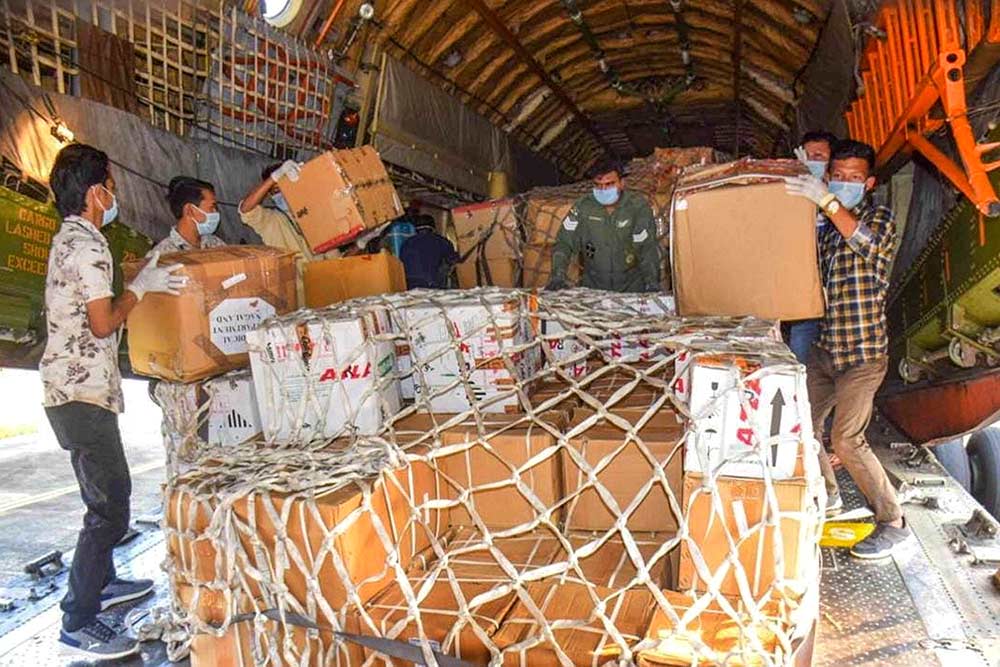 India has delivered a fresh batch of medical assistance to Afghanistan as a part of its humanitarian assistance.