nWo 4 Life said:
It's not that the left in America is a friend to us either. We have a low opinion of both the far-right and the Left in America.
Click to expand...

You will rarely or even never run into a far-right Indian in the US.. They are all lefties and you yourself would have been a lefties have you been here on the ground

Del horno said:
You will rarely or even never run into a far-right Indian in the US.. They are all lefties and you yourself would have been a lefties have you been here on the ground
Click to expand...

See, this is your problem. Equating Indian-Americans with Indians. Most Indian-Americans are globalist Lefties and they have no cultural connection with India or us. Most of them abandon their values and adopt Western ones. Which is fine by me, I really don't care what they do. But if you are basing your perspective about Indians and India and what issues plague us here in our country by observing Indian-Americans, then you are making a huge mistake. The Left in America has been a thorn in INDIA'S side, not Indian-American, India's side for a very long time. The "far-right" has never been in power, so we really don't give a shit about them. The right, which I guess you will say are the Republicans, were similarly not anything special for us, but at least they were transactional and didn't have this holier than thou attitude regarding us, so they were a little easier to deal with than Democrats and Lefties.

Again, do not confuse Indian-Americans with Indians.

Del horno said:
You will rarely or even never run into a far-right Indian in the US.. They are all lefties and you yourself would have been a lefties have you been here on the ground
Click to expand...

And begin to india itself ?
No , they are 2 or 3 generation people whole parents left india in 80s and 90s .
We don't care about them and why should we ?

Del horno said:
All coloured demographics are lumped together including Hispancis and I am Hispanic-American.

What problems and how do you solve them?? Because nobody differentiate Indians from example BLM and other entities in the larger concensus of the far-right
Click to expand... 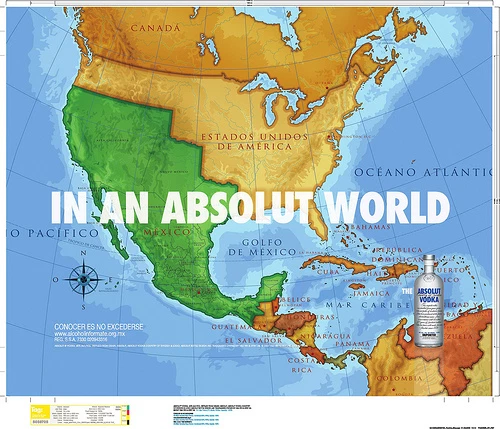 ( shared without permission of author though, could not resist !!)
Donno already posted or not, if already, sorry for reposting it!! 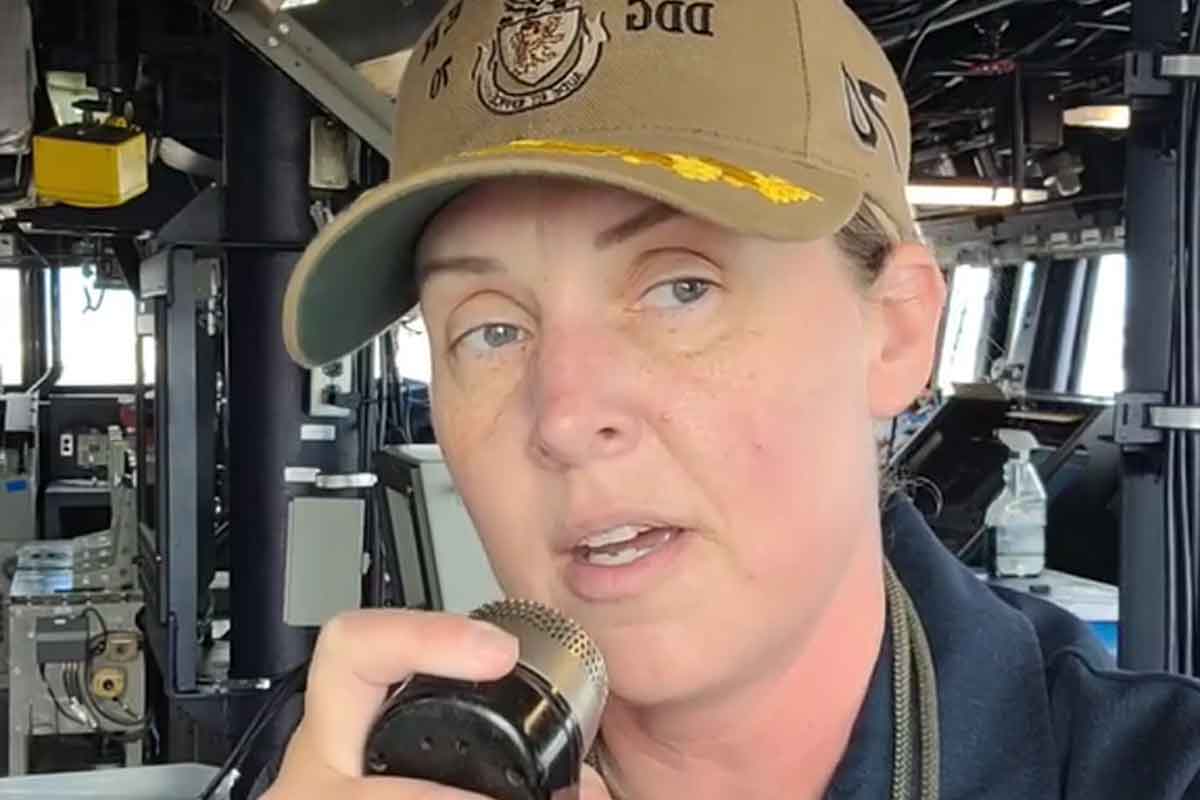 Cmdr. Kathryn Dawley was relieved by Capt. Kenneth Athans, Destroyer Squadron 31's commodore, over a "loss of confidence in her leadership."

The recent CIA/US military woke ads are laughable, but its just the facade.

CIA/US military will do what is its supposed to do.

I am not that kind of Hispanic but these who came much later during 1900s migration flow to the US during the same time as trumps gran-parents. I am European hispanic

Hariharan_kalarikkal said:
I admire the US armed forces
It is a lethal war machine that also has the Bonus power of tapping into it's practically infinite industrial complex during emergencies
For all practical purposes, it is less of a country and more of an empire
Click to expand...

One can say US military/CIA is bad/ruthless killing machine. When I look from US POV, may that it being how it is actually very useful for nation and one of reason for its being economically surplus. As in continuous innovation Military --> Commercial Tech transitions like Internet, AI, hegemony in world affairs . To keep this process continuous, it keeps inventing adversary every 4-5 years. When It stops may be the innovation also stop. Profound thought on Rogan show- "What if this is what is keeping us where we are".

cannonfodder said:
The recent CIA/US military woke ads are laughable, but its just the facade.

CIA/US military will do what is its supposed to do.
Click to expand...

Exactly the point of this thread
CIA AFAIK is not foolish enough to recruit woke leftards into sensitive areas, at least I think

As the Chinese put it: America is a declining power, but a superpower nonetheless
L

Del horno said:
I don't understand the Indian mindset it is somehow self-contradicting in some aspects.

The US is a multi-racial and multi-cultural country and it is intially not one race country. Hence why it is called ''The new world'' people of all backgrounds and walks of life gathered there to create a country.

You may be living in India but there are around 5-mil Indian-Americans and their opinion differs vastly from yours? They supported BLM protests and helped their voices heard because they call America together home and all these diverse demograpics want equal basic rights to co-exist and not some extremist far-right terrorizing them or their future progeny.

I just don't think how you as an Indian and having large Indian diaspora there can neglect their basic human rights and right to exist because if you support the killing of George floyd you support them facing the same consequences. It is a matter of human compassion and the right to exist peacefully together in harmonize way which they are doing just fine
Click to expand...

Does the "Indian diaspora" know that their kids will be savagely discriminated against and passed over for everything from college admissions to job promotions, in favour of far inferior black "victims"...all thanks to movements like BLM

"right to exist peacefully together in harmonize way"
Which ethnic group accounts for the vast majority of violent attacks and crimes against Asians in the US do you think? Trump supporters?

US millitary now a gossip tabloid 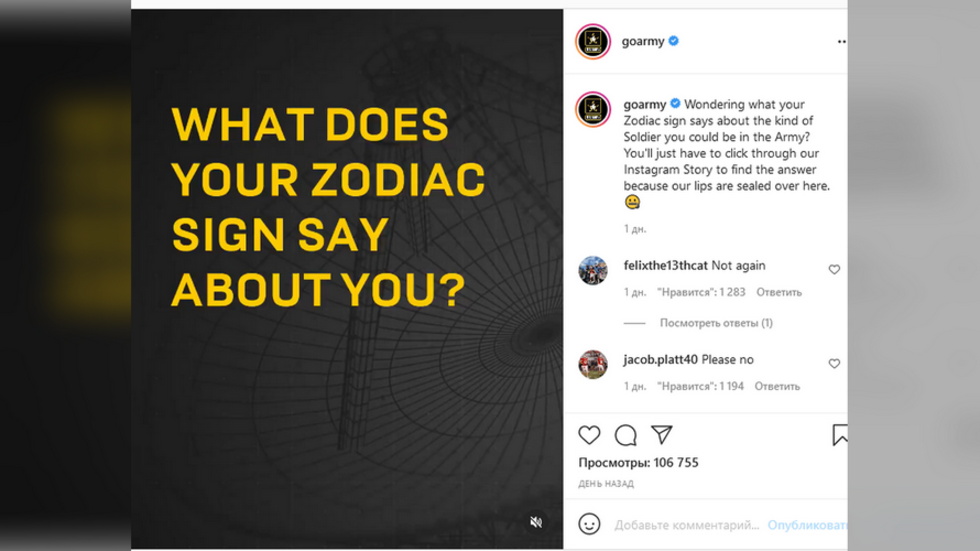 The Pentagon may not be sure if UFOs are aliens, but it certainly seems to believe in astrology. After shrugging off criticism of its new 'woke' ads, the US Army is doubling down with an Instagram story touting the zodiac. 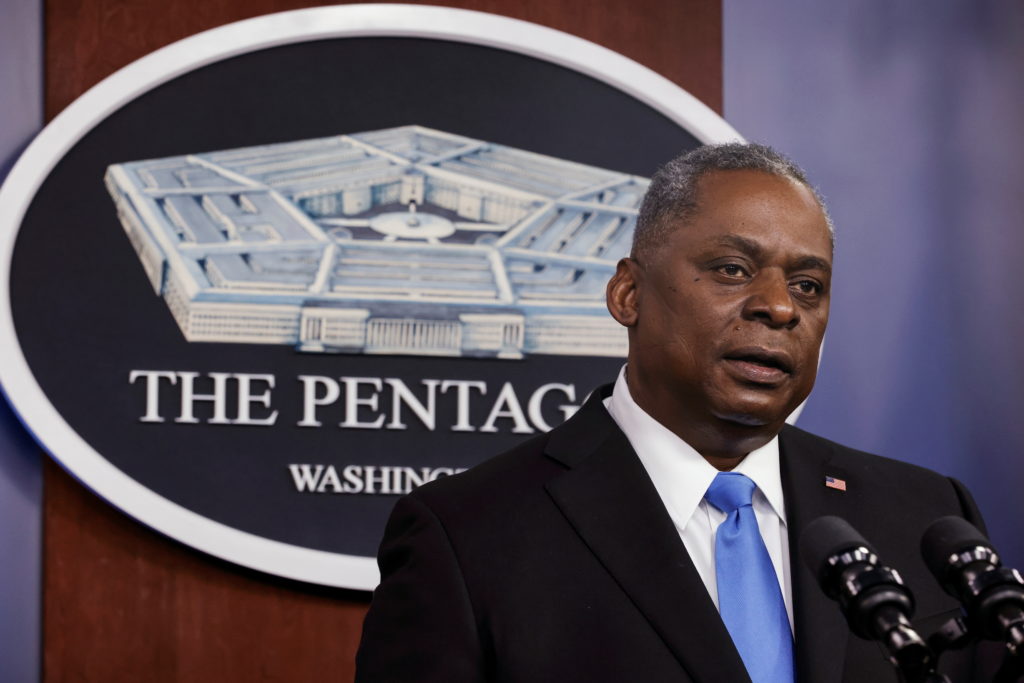 Defense Secretary Lloyd Austin says he is proud to call the LGBTQ members of the Armed forces his "teammates" every month. Austin's comments came during a speech to mark the 10th Annual LGBT Pride Month Celebration at the Pentagon