S400: General Discussion and India's deployment of the AD system

The S400 will arguably be one of the most important military systems acquired by India. Surprising that it is not discussed frequently, so creating this thread.

Posting a few articles which highlight the S400's strategic importance:

The purchase of the S400 system also has several geopolitical repercussions, including American sanctions on India, China also possessing the same system, Pakistani responses, and how it would affect the declining Indo-Russian relationship.

Another discussion would be about the impact of the XRSAM on the S400 system. 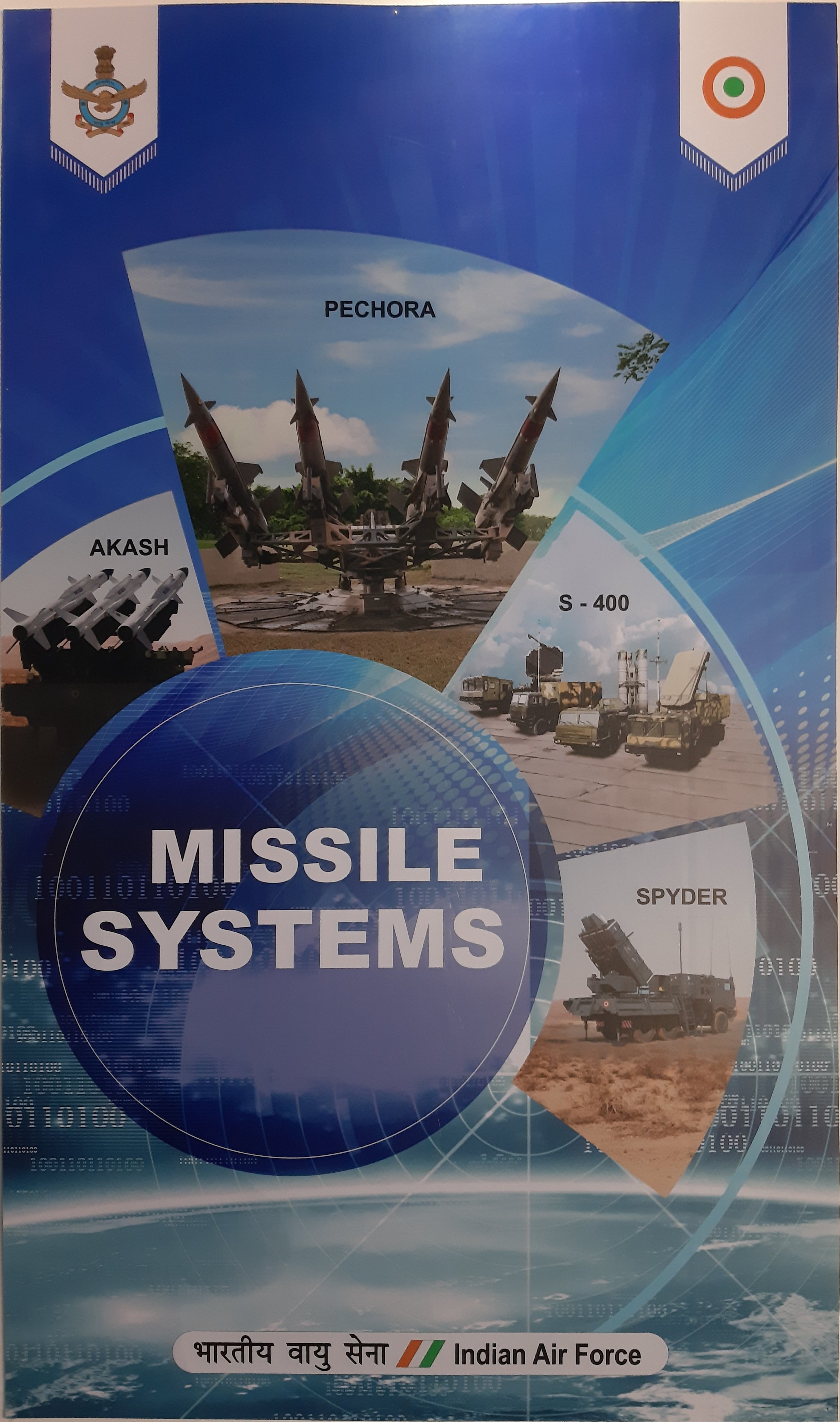 S-400 Deliveries to India and the Looming CAATSA Sanctions

CAATSA sanctions might be narrowly targeted, but the symbolic consequences would undermine all of these priorities. Indian defense forces are expected to receive the first delivery of the Russian S-400 Triumf surface-to-air missiles (SAM) later this year. With the delivery fast approaching, the Biden Administration will soon need to decide whether to sanction India under the U.S. Countering America’s Adversaries Through Sanctions Act (CAATSA), which came into effect following allegations of Russian interference in the 2016 U.S. presidential elections. The law includes provisions that require the U.S. President to impose sanctions on any nation with ‘significant transactions’ with Russian defence industry.

While US lawmakers and Administration officials have reportedly discussed a waiver for India, when asked about CAATSA on his recent visit to New Delhi, Secretary of State Anthony Blinken said: “Well, we have – we have our laws. We’ll – we apply our laws, but we shared our concerns with India about this. But I’m not going to get ahead of myself. We’ll see how things evolve in the coming months.”

In other words, there is room for a waiver, but sanctions are also possible, and the US has yet to make a final judgment. Before India takes delivery of the S400 system, the US Administration should stand firm with a decision to grant India a CAATSA waiver and prepare to formally inform Congress that it is in the vital national security interest of the United States to shield India from sanctions over their S400 purchase.

This decision is not without controversy. Adversaries (China) and allies (Turkey) have already been sanctioned under CAATSA. The law bolsters a significant national security priority for the United States and has support from both major political parties. So, what justifies an exemption for India?

First is context. India imported most of its weapons from Russia for over half a century. Until the early 1990s, around 80 percent of Indian military inventory was from the former USSR, and India still depends on Russia for everything from training to spare parts. But this dependence has reduced considerably. From 2015-2019, Moscow’s share in the Indian weapons market declined from 72 percent to 56 percent. In contrast, U.S. defense sales to India have drastically increased from almost nothing 15 years ago to approximately $21 billion today. India is on the right path from the U.S. standpoint.

Second, the US and India are aligned in several crucial areas: a free and open Indo-Pacific, anti-terrorism, ending the pandemic, resilient global supply-chains, trade, cyber security, space, education, climate change, and a commitment to democracy, to name a few. The US is well-aware of India’s critical position as a regional force in the Indo-Pacific, as indicated in Secretary Blinken’s recent agreement with Foreign Minister Jaishankar to expand the multilateral security partnership and counter China’s growing influence in the region. On the geo-political level, India’s crucial role as part of the “Quad” grouping and its pivotal role in the Indo-Pacific region cannot be ignored.

CAATSA sanctions might be narrowly targeted, but the symbolic consequences would undermine all of these priorities. Following the 1998 nuclear tests conducted by India, the US led a group of western countries to impose sanctions on India creating deep mistrust. Washington soon regretted that choice and worked to rebuild ties. But the current maturity of the relationship took over two decades to rebuild. Sanctions would endanger progress made over two decades under five American presidents. While Indians would view sanctions as an avoidable and unwarranted ‘punishment,’ the Russians (and Chinese) would view US sanctions on India as a geo-political and commercial victory.

Sanctions would put on hold the Major Defense Partnership the two countries share, derail Quad cooperation, and have a negative ripple effect on more than 40 ongoing dialogues between the two democracies, including those related to: defense trade, military exercises, and vaccine diplomacy. The public backlash would place a political chill on relations, and it is unlikely that the damage would be limited to the defense sector.

Right now, the US-India partnership is stronger than ever. When the US requested countries around the world to stop crude oil imports from Iran, India worked to comply given US flexibility and negotiations behind the scenes. This helped the U.S. achieve an important geopolitical milestone in pressuring the Iranian regime over its nuclear program. But CAATSA is a harder ask. With active military threats from its neighbors, India will not defer maintenance, overhaul and upgrade of Russia materiel procured over 50 years. India cannot rapidly wean off Russian arms.

Sanctions would push India back to Russia as a preferred and reliable source of weapons, increasing rather than decreasing the strength of Russia’s defense sector. Sanctions would weaken a common front deterring China’s most destabilizing activity in the region. And sanctions could cut off India’s critical long-term market for the U.S. defense industry. In the case of India, CAATSA’s core purpose will be undermined by its implementation. Congress and the Administration should take note.

S-400 Deliveries to India and the Looming CAATSA Sanctions

CAATSA sanctions might be narrowly targeted, but the symbolic consequences would undermine all of these priorities.

Assuming CAATSA sanction are imposed, how will it impact us?
Also I understand payments for the system was not made in US dollars?

JBH22 said:
Assuming CAATSA sanction are imposed, how will it impact us?
Also I understand payments for the system was not made in US dollars?
Click to expand...

I don't know the terms of purchase for S-400.
Even if we are not paying S-400 in US dollars it will come to bite us everywhere else.
It will cause problems while we export or import goods and services US, UK and EU; out 3 main source of revenue, technology and things we don't have.
S

Dark Sorrow said:
I don't know the terms of purchase for S-400.
Even if we are not paying S-400 in US dollars it will come to bite us everywhere else.
It will cause problems while we export or import goods and services US, UK and EU; out 3 main source of revenue, technology and things we don't have.
Click to expand...

Under the new treaty, the allegations of the US government will be enough to secure the extradition of people from the UK. However, if the UK wants to extradite someone from the US, evidence to the standard of a "reasonable" demonstration of guilt will still be required.

Dark Sorrow said:
I don't know the terms of purchase for S-400.
Even if we are not paying S-400 in US dollars it will come to bite us everywhere else.
It will cause problems while we export or import goods and services US, UK and EU; out 3 main source of revenue, technology and things we don't have.
Click to expand...

Let US impose sanctions, they will only help China in doing so.

FalconSlayers said:
Let US impose sanctions, they will only help China in doing so.
Click to expand...

US is not in position to sanctions India. They will be thrown out of Asia. This will be crystal win for China in SCS. No Quad then. They knows it.

Get ready for CAATSA season2....

Get ready for CAATSA season2....

Ruskies just cant shut up.. and do things quietly

"Beyond a doubt, once we deliver this system to our troops, India will be the first on the list, if it expresses its desire to buy these advanced armaments," the deputy PM said, replying to a question about whether India would be the first country to purchase the Russian-made S-500.

Angel of War said:
Come on man, our state ain't like that. You didn't see what that man was doing. He literally climbed over the bars to keep his feet on Guru Granth sahib. We are very welcoming and friendly people
Click to expand...