Number of Kashmiri youths joining terror groups has gone down by 40% since the abrogation of Article 370: Report

Number of Kashmiri youths joining terror groups has gone down by 40% since the Since abrogation of Article 370: Report

According to the reports, there has been a reduction of more than 40 percent in Kashmiri youths joining terrorist groups in the last year mainly after the abolition of Article 370 by the Modi government. The number of youths who joining terrorist groups fell to 67 between January 1 and July 15 this year, compared to 105 a year ago, while terror incidents also reduced from 188 to 120 during this period.

The Home Minister had informed that 22 civilians were killed after the removal of special status from January to mid-July. He had also informed Parliament last year that more than 41,000 people including locals and security personnel were killed due to terrorism in Jammu and Kashmir.

Out of 136 militants killed this year, 110 were locals and the rest had crossed the LoC from Pakistan. There have been fewer improvised explosive devices (IEDs) and grenade attacks this year. The number of IED attacks this year was 21, less than 51 in 2019, while one IED attack has been reported this year, as compared to six in the year-ago period.

As there has been a massive reduction in the home-grown terror, Pakistan-based terror groups are now pushing terrorists to Kashmir as infiltrations attempts along the Line of Control (LoC) have increased. It is also being reported that the peace in the valley is also partially due to the coronavirus lockdown.

As many as 136 terrorists have been killed by the security forces in the past seven months, higher than 126 in 2019.

Meanwhile, 35 security forces personnel have been martyred in the line of duty since January 1 compared to 75 in the year-ago period. Hizbul Mujahideen (HM), which is believed to have the largest presence in the region, has suffered highest casualties of more than 50 terrorists including its commander Riyaz Naikoo. The Hizbul commander was killed in an encounter with security forces in May this year.

Most of the other terrorists killed in the Valley belonged to Pakistan-based terror groups – Lashkar-e-Taiba and Jaish-e-Mohammad, Islamic State of J&K and Ansar Ghazwat-ul Hind.


On August 5, the Narendra Modi-led BJP government at the centre took a historic decision of abrogating Article 370, stripping away the separate status of Jammu and Kashmir state, and subsequently got the Jammu and Kashmir Reorganisation Bill passed to bifurcate the state into two union territories- Jammu and Kashmir and Ladakh. 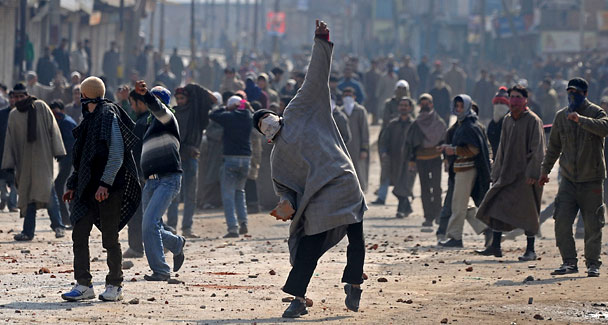