Is the tank becoming obsolete?

The life has come full circle.

Akim said:
If there is talk about politics, go to the appropriate thread.
Click to expand...

Perhaps you should take your own advice?


Akim said:
We know that there is a war with the regular Russian army.
Click to expand...

We know that the Kiev regime has started a genocidal war against the civilians of Donbass and is justifiably getting defeated by far more motivated residents of Donbass. We also know that there are some volunteers from Russia, and we have seen no evidence of Russian Army.


Akim said:
Are you talking about the war of the future.
Click to expand...

I am pretty certain @Khagesh is talking about the war today.

I repeat, I am pretty certain @Khagesh is talking about the war today.

Bottom line, @Khagesh is perfectly justified in making a political statement after you have made a political statement. If you would like, as you suggest in your "advisory" to @Khagesh, I would be happy to move all posts with a political intonation to the Ukraine thread. Let me know what works for you.
Last edited by a moderator: May 10, 2015

May be, But traditional Armour is always better than ERA, ERA is good against first few rounds specially HEAT ..

Lesson learned from both Syrian and Ukraine is that, Tank need to be all around protected just like LEO A4 evolution upgrades ..

Slat Armour and ERA brick won`t provide protection against multiple hits all around ..

Weight in Urban complex is least concerned only when there are bridges ..


Akim said:
Modern Russian ATGM "Kornet"is able to break through 1200 mm of armor. His massively used in the Donbass. 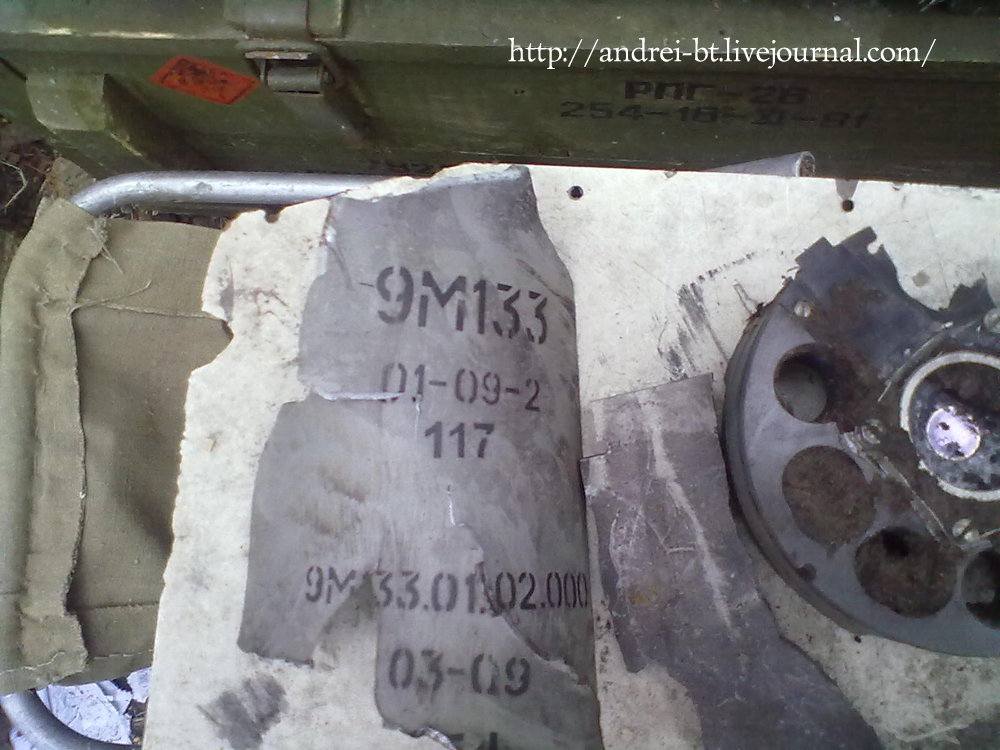 If you do not use ERA's new generation tanks then have to weigh 70-80 tons. ERA addresses this issue.
Click to expand...

I love this NLAW, it is a great weapon in our forested terrain. Individual fighter can take on any tank.

Good that it is shaping up as the discussion that we probably all loved during our younger days.

Hope Akim is not in the real Tihar Jail and can still participate.
@Akim, the start of this discussion that a tank in a trench is a great way of conducting your battle, is a completely useless idea. Your initial position moved on to almost an admission when you yourself pointed out the penetration capacity of Kornets. What you failed to realize even at the start of your discussion, was that by putting a tank in a defiladed position that too inside a trench you are robbing the tank of the primary purpose of its existence.

You have to learn how to respect a lot of force delivered at a very very small point. And in this fight to the physics a big stationary thing with several weak spots will always lose"¦. except when it fights as a part of an overall invasion or an overall defence, moving, fighting, coordinating with the CAS, enabling encirclements and ambushes. These cannot be done with a tank squat in a trench trying to be invulnerable.

And its not just physics that militates against this idea it is also the economics of a good fight that does. A weapon costing 5 million USD per unit hauling a billion dollar mission, will always be threatened by a large number of inexpensive weapons that can be launched against it from a multitude of platforms. Americans are throwing LGBs at emaciated Talibans in impossible to reach hills. A tank is a far more lucrative target, comparatively.

Even when tank defilading is put to use, they do it in a calibrated manner for the limited purpose to be served then and there and not to have 3 guys become invulnerable.
Last edited by a moderator: May 10, 2015

Freedom! Although I have no regrets. pmaitra If that will provoke, I will re-offend.
Now about the tanks. We're talking about modern warfare that takes place in Europe. Today, against Russian attack - tanks in the trenches, still quite effective.
Both parties are applied in large quantities ATGM old generation, so dig in a tank in front of the projection has a good protection for the front projection and its sector for defense.
The number of ATGM old generation is huge and they have been successfully applied as the Ukrainian army and the Russian-terrorist forces. Old generation ATGM can apply even new modules, so the light infantry battalion can stop the attack of the infantry battalion with a company of tanks.. Modern warfare less technological than you describe here.
Application corrected munitions does not mean a complete defeat armored vehicles. And coalition forces in Iraq, and the war in the East of Ukraine does not only applies correct artillery. One artillery shell can replace the usual 50. However, the percentage of their use is small. Largely spent shells. that had accumulated during the Cold war.
Russian army has ATGM, which are easily overcome by ERA of the old generation, but Ukrainian tanks now retooled ERA "Nozh -L"(Knife),which was put into service only in 2013.

The tank cannot be invulnerable, but significantly increases its protection.
@Khagesh On the basis of your logic, you must first abandon helicopters and aircraft. Because it costs 20-30 million. And its missile can shot down over 50-100 thousand. @jouni Smart missiles are good and the Russian army and the militants can't do anything now oppose, therefore, Russia is actively trying to block the delivery of such weapons to Ukraine. There demonstrative video where Swedish grenade launcher tears off turret T-72. However, the tank is not protected by ERA. Russian tanks can protect the upper projection using the EPA's new generation of "Relict" or "Cactus".
Last edited by a moderator: May 10, 2015
You must log in or register to reply here.
Similar threads
T-80UD Main Battle Tank - A Pakistani Perspective
Indian army next generation tank.
Ukraine to buy more Javelin anti-tank missile systems from US
Milan Anti Tank Guided Missile.
Share:
Facebook Twitter Reddit WhatsApp Link