Indian rocket to land on moon in 2017; to launch solar mission

NEW DELHI: India's second lunar probe Chandrayaan II will land on moon in 2017 and the country's first solar mission Aditya L1 is likely to be launched in 2019, Lok Sabha was informed today.
Chandrayaan II will land on the surface of moon in 2017 and this second lunar mission will help explore the possibilities of signs of extra-terrestrial life, Minister of State in Prime Minister's Office Jitendra Singh said during Question Hour responding to supplementaries.
The Aditya L1 mission "is aimed at studying the sun from an orbit around the sun-earth lagrangian point (L-1) which is about 1.5 million km from earth. It will carry seven payloads including a coronagraph to observe the outermost layers of the sun, the corona. Aditya L1 will be launched during 2019-20 timeframe," he said in his written response.
The "approved cost" of the solar mission is 378.53 crore.
Responding to another question, Singh said India has entered the era of "space marketing" and the launch of six Singapore satellites today will earn India 26 million euros.
So far, India has earned 15 million USD and 80 million euros by launching satellites of other countries, he said, adding that $5 million and 65 million euros are in the "pipeline", while apparently referring to the launches proposed in the future.
The minister said a budget of Rs 1420 crore has been approved by the government for realisation of Indian Regional Navigation Satellite (IRNSS) programme, including satellites and associated ground segment. 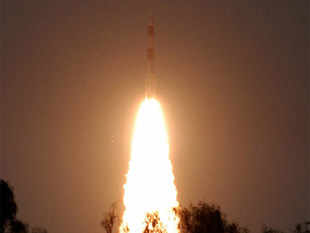 Chandrayaan II will land on moon in 2017 and the country's first solar mission Aditya L1 is likely to be launched in 2019, Lok Sabha was informed today.
Click to expand...

http://economictimes.indiatimes.com...ofinterest&utm_medium=text&utm_campaign=cppst
@Bornubus , @abingdonboy ,@pmaitra sir, @Sakal Gharelu Ustad sir
It seems that the day isn't far away when India too will lay a claim on the moon along with USA,Russia and China(all these countries have previously made soft landing on the moon's surface)

Ahh sir,don't expect anything scientific from Mr.Jitendra Singh.He is only there because of his organisational strength in the Udhampur region of Jammu and Kashmir!!Technicality is simply not his strong point

.
Btw,sir is @Singh sir busy or something these days??I mean i haven't seen him posting anything for the past 1 month.Is everything all right with him??

It will add to the prestige of ISRO and ultimately making developing countries as clients of ISRO.

Besides,the successful launch of Jade Rabbit,it was long overdue,we can't lag behind Chinese in every field.

There is no point landing on the moon independently. In my humble opinion it proves nothing.
Many other nations have already been there and done that. Following their footsteps is something we can easily do without.
No, India needs to do something that has not been done by anyone before, and only then can we claim to be pioneers in space technology.
There has been a lot of unnecessary hype around the Mangalyaan. Agreed it is a unique feat for India. Compared to the achievements of other space agencies, however, it is nothing.

Much can be gained from collaboration rather than competition in the arena of space. One must understand that in the vast void of space, things like nationality mean zero. We should rather focus on collaborating with RUSCOSMOS, NASA, ESA, JAXA, and the Chinese Space Agency.
Either do this collaboration or do something that the world has not imagined yet, like actually putting a man on Mars or an Asteroid for that matter. Or going beyond the Asteroid belt and back by a human.
You must log in or register to reply here.
Similar threads
Rocket lands at Indian embassy in Kabul, no casualties reported
Indian Military Strategic Rocket Force Updates and Discussions
The Future of Indian Orbital Rockets
A Brief History of Indian Orbital Rockets
Share:
Facebook Twitter Reddit WhatsApp Link