NOTE: In this compilation I'm only going to mention orbital-rated launch vehicles, as such any sub-orbital launchers/sounding rockets will not be mentioned. I'm going to divide this into two parts. The first part will cover the history up till this point, the second part will talk about where things are going. 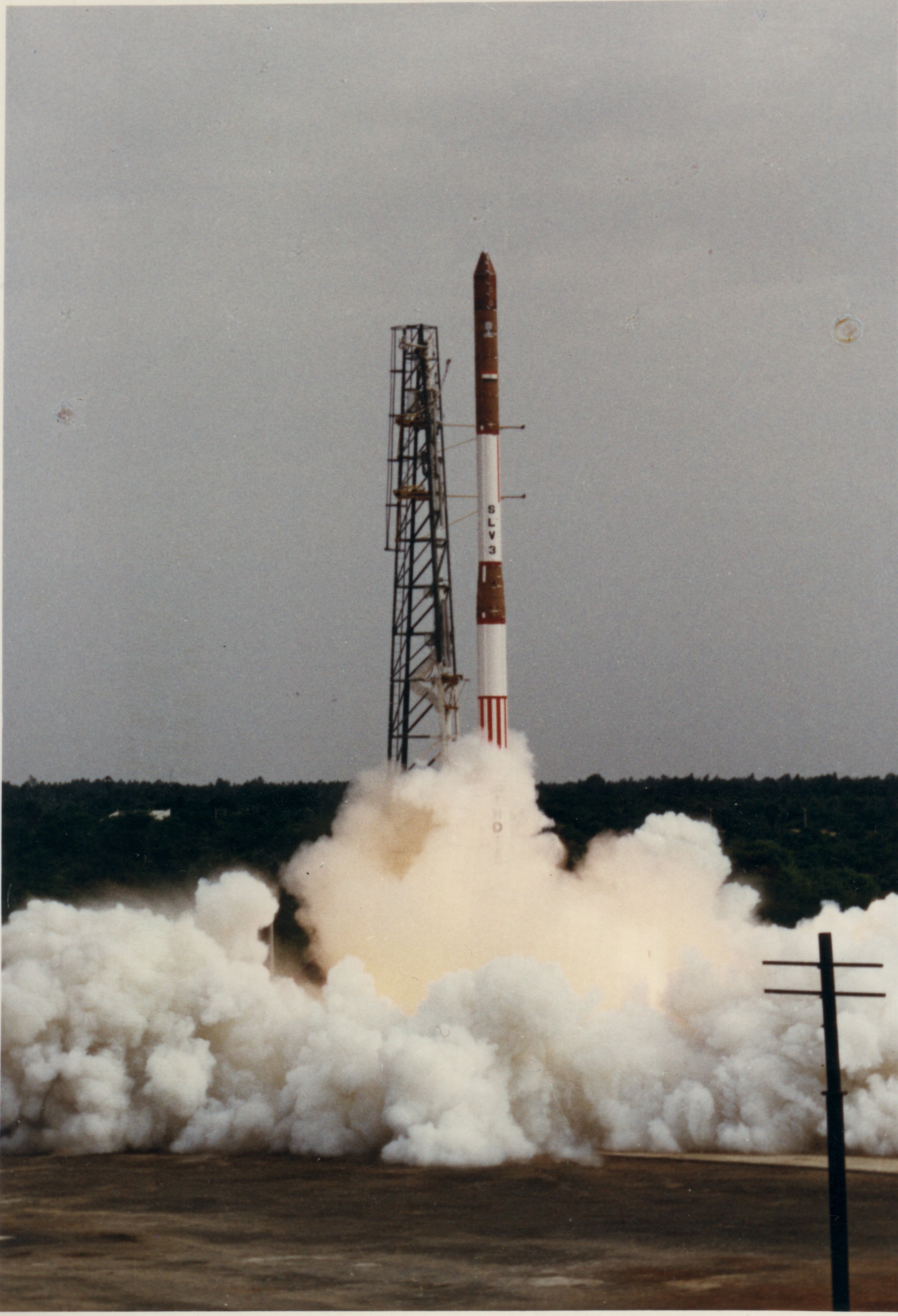 After launching its first RH-series sounding rocket in 1967, ISRO (then known as INCOSPAR until 1969) set out to develop its first orbital rocket, and achieved this goal in 1979. The SLV, otherwise known by its unit designation SLV-3, was a four-stage rocket with all-solid propulsion, and was the first orbital flight-rated Indian rocket. The SLV only had 4 launches and could never develop into a successful launch system, but it had far-reaching implications for both the civilian space sector as well as the development of the Integrated Guided Missile Development Program (IGMDP) in the 80s and 90s that gave rise to Prithvi & Agni ballistic missiles. 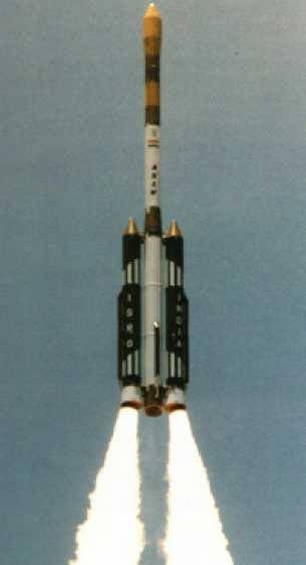 The ASLV was an improvement of the SLV-3 core stage accompanied by 2 additional strap-on solid boosters acting as a first-stage (taking total stages to 5), improving the payload capacity and serving as a platform for flight testing new technologies. Like the SLV that preceded it, the ASLV did not achieve commercial success but laid the technological foundation for the PSLV. 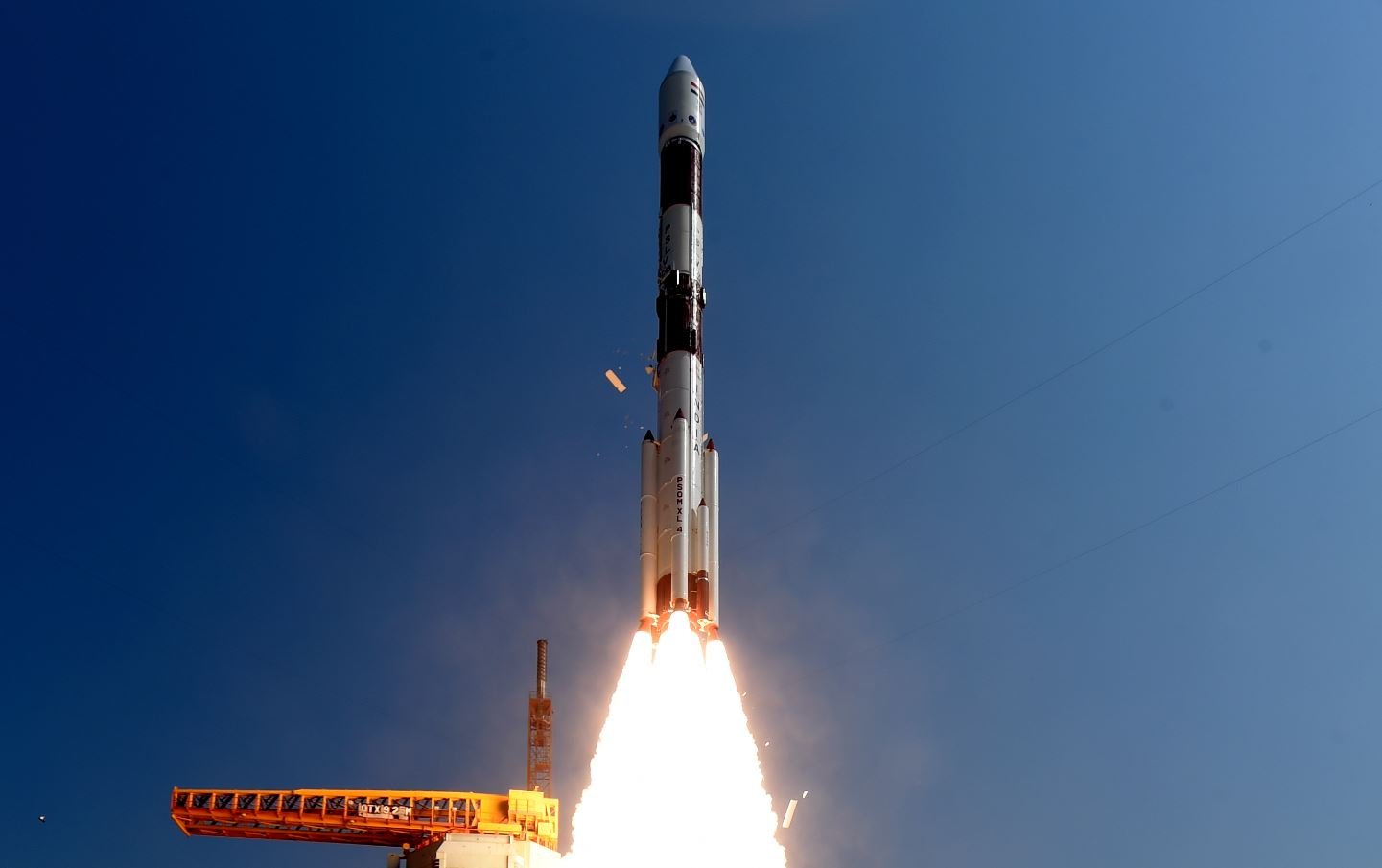 Following liberalization of the economy in 1991, India started its growth story and by 1993, thanks to the capital infusions and the technical know-how gained over the last 15 years, ISRO was ready to pursue a large-scale program for developing a medium-class launch vehicle for the dual use of supporting India's expanding space ambitions and tapping a commercial launch market that was at the time largely dominated by the US, Western Europe & Russia.

The four-stage PSLV powered by a combination of the Vikas liquid engine and various solid boosters including S139 and PSOM SRBs was the first Indian orbital rocket that was a massive technical & commercial success, and remains continuously supported to this day by improvements in technologies, variants and continuing cost-reduction & creating a vast network of private industry to build & supply components. The PSLV allowed ISRO to pursue missions to the Moon & Mars and today, the majority of components of the PSLV are manufactured by Private companies with ISRO acting as lead integrator.

As of 2021, the PSLV & its variants including PSLV-G (original), PSLV-CA (Core Alone for lighter payloads at reduced cost) & PSLV-XL (largest capacity variant with additional strap-on boosters) launched a total of 71 Indian & 342 foreign satellites from 33 countries thanks to a mature rideshare program, putting India & ISRO on the international map as a major launch services provider with the PSLV acting as the pivotal piece of the puzzle in this turnaround, and with over 25 years of continuous operational experience & an overall success rate in the 96 percentile over 53 launches, the PSLV remains one of the most reliable & tried-and-tested launch systems currently operational in the world.

Notable missions & their significance - too many to list but some of the most important are:

With the success of PSLV under its belt, ISRO started on the course of attaining greater access to Geostationary orbits for the country's expanding communication satellite needs, which meant building bigger & better rockets. A key part of this included obtaining cryogenic rocket engine technology - a closely guarded tech only available with a handful of countries. Initially, while indigenous design & development continued under the Cryogenic Upper Stage Program (CUSP), ISRO decided to obtain fully-built KVD-1 engines from Russia to power the new GSLV upper stage in vacuum.

There were many problems including threat of US sanctions on Russia if they continued to supply the engines to India, leading to the supply ceasing after only 7 engines were delivered. With the limited numbers, the development of the rocket had to be optimized to the extreme as ISRO had to sparingly use the motors as they perfected the GSLV design test launch after test launch, but with the engines poorly optimized for Indian launch & weather conditions, failures were frequent. In the end the GSLV configuration as it existed (now known as Mk-1), with the Russian cryogenic engine, was never going to become a commercially viable product.

But, it allowed ISRO to perfect the launch vehicle design itself, with the only piece of the puzzle left for it to become a success was the Indian cryogenic engine - which came with the GSLV Mk-II. 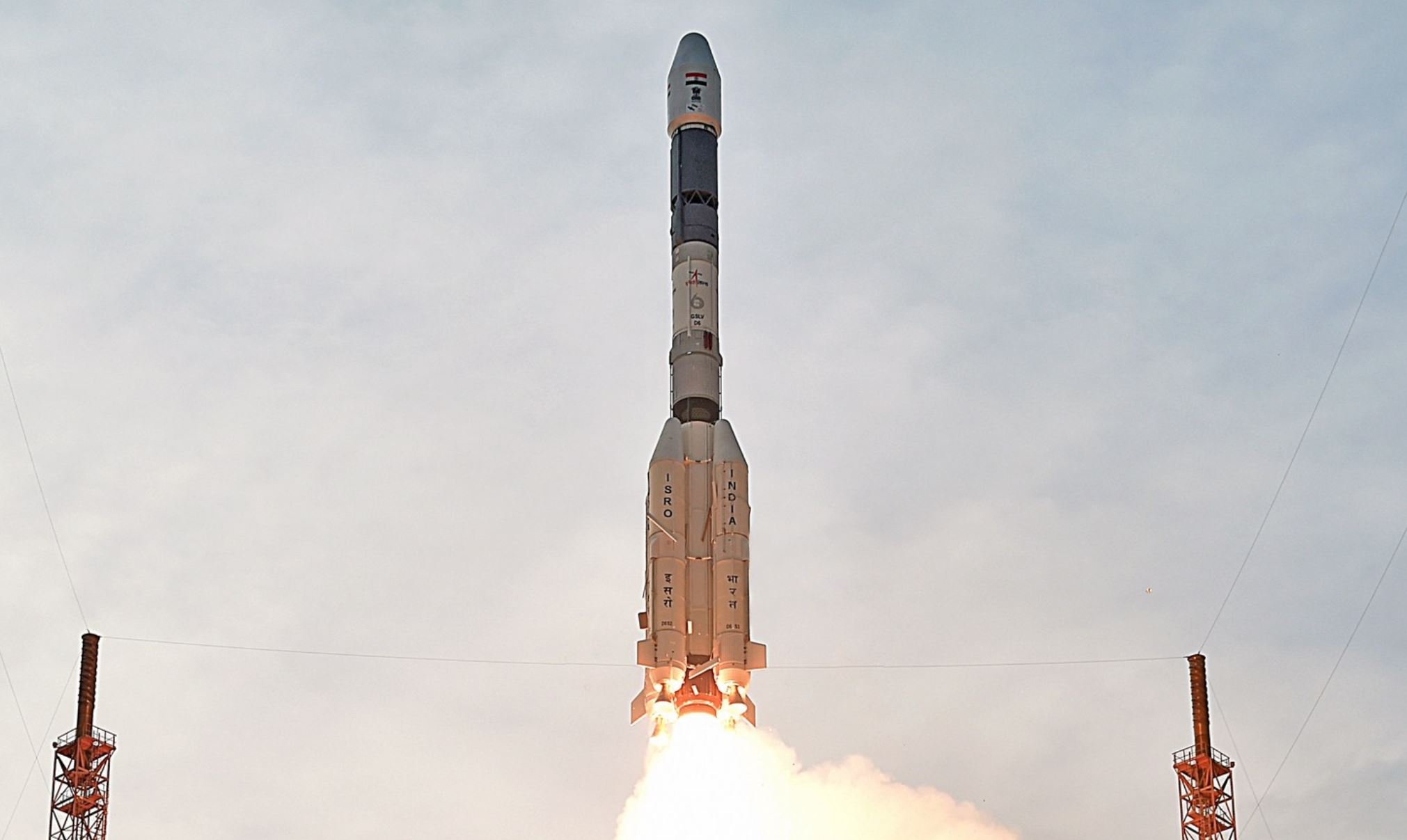 The GSLV Mk-2 is essentially the same as the Mk-1, with the only difference being that the Russian KVD-1 cryogenic engine being replaced with the indigenously designed & built CE-7.5 Cryogenic Upper Stage (CUS) staged-combustion cycle motor, developed under CUSP. With the CE-7.5 in place, India was now free to develop its geostationary orbit-class rockets as it wished, and despite a failure in the initial test flight, ISRO eventually managed to make the GSLV Mk-2 into a successful platform.

Over the course of its flights, the Mk-2 also served as a platform to validate several new propulsion technologies including the High Thrust Vikas Engine (HTVE) and the uprated C12.5 and C15 cryogenic engines.

Ironically, despite the large US hand in curtailing the early development of this class of rocket, the GSLV Mk-2 is the intended launch vehicle for the NISAR, a US-India joint project to develop the world's first Dual-band SweepSAR satellite, with a launch expected in 2022-23. With a shared development cost of $1.5 billion the NISAR is likely the most expensive Earth-imaging satellite ever built. 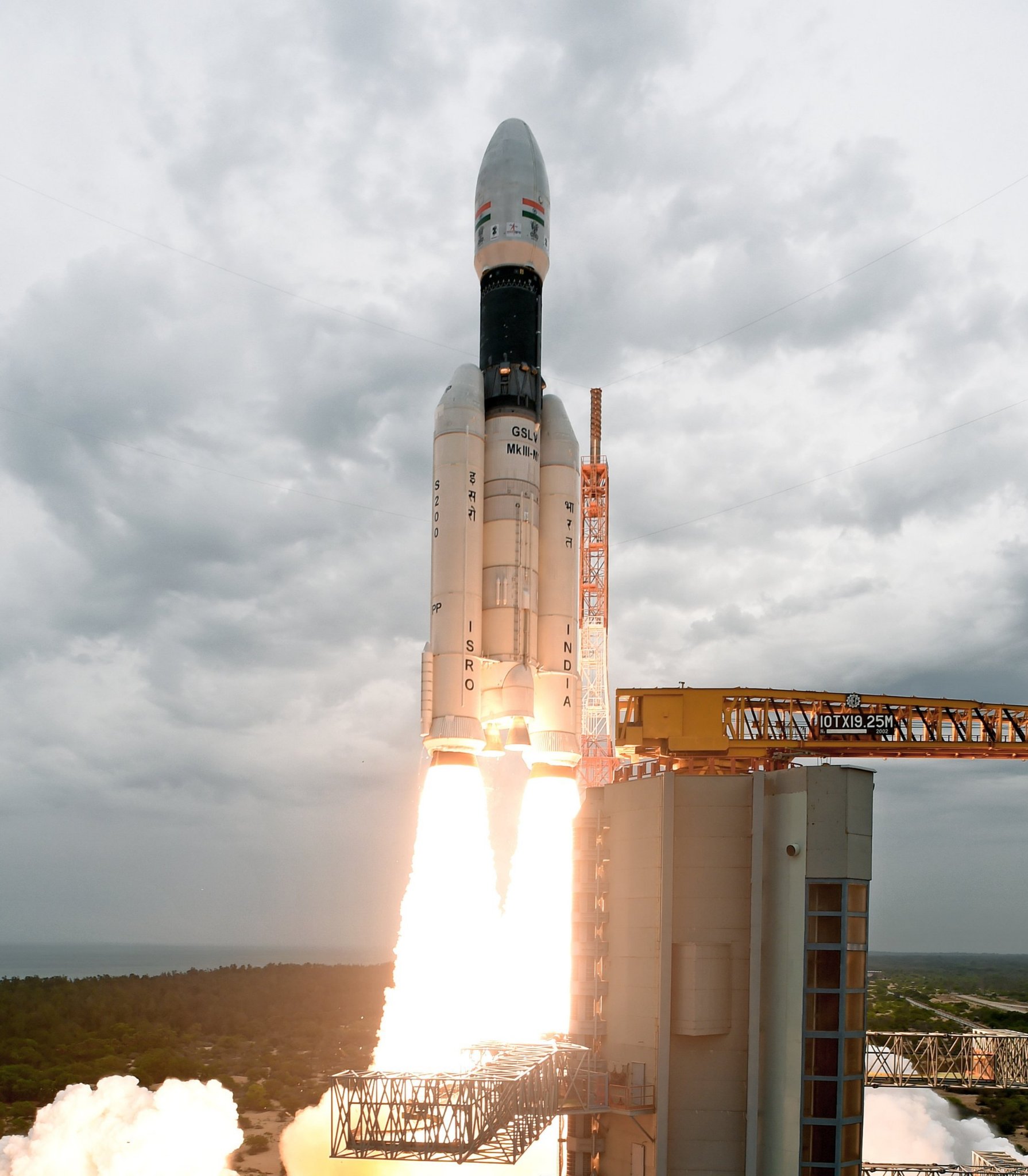 While the GSLV Mk-2 did improve the payload capacity of ISRO launch vehicles over the earlier PSLV and could serve as a commercial launch platform going forward, it however wouldn't be enough to support India's growing ambitions of potentially building a human spaceflight-capable launch system. This gave rise to the development of the Mk-3 GSLV platform (even though called Mk-3 it had little in common with the Mk-1/2 and for this reason was also known as LVM3) supported by next-gen developments in both liquid & solid propulsion systems such as the CE-20 Cryogenic stage and the S200 solid rocket booster respectively (believed to be 3rd largest SRB in the world after the Space Shuttle's and the Ariane-5's solid boosters). The Mk-3 was also the first Indian rocket to use a clustered liquid stage with 2 x Vikas engines forming the core of the first stage.

In 2014, the Mk-3 was tested for the first time for a sub-orbital launch, and a full orbital launch in 2017 with a functioning Cryogenic stage. In all of its 4 launches so far (including Chandrayaan-2 mission) the vehicle continued to introduce new refinements to its design such as a new nose fairing, improvements to the HTVE engines among others, which allowed for a LEO payload capacity exceeding 10 tons.

A human-rated variant of the Mk-3 is the intended launch platform for India's upcoming manned spaceflight program Gaganyaan. With a 100% success rate in the launches even in the initial testing period with many unproven technologies, the Mk-3 is inspiring confidence as a human transportation system, as well as emerging as a reliable platform for potential large-scale commercial launches. 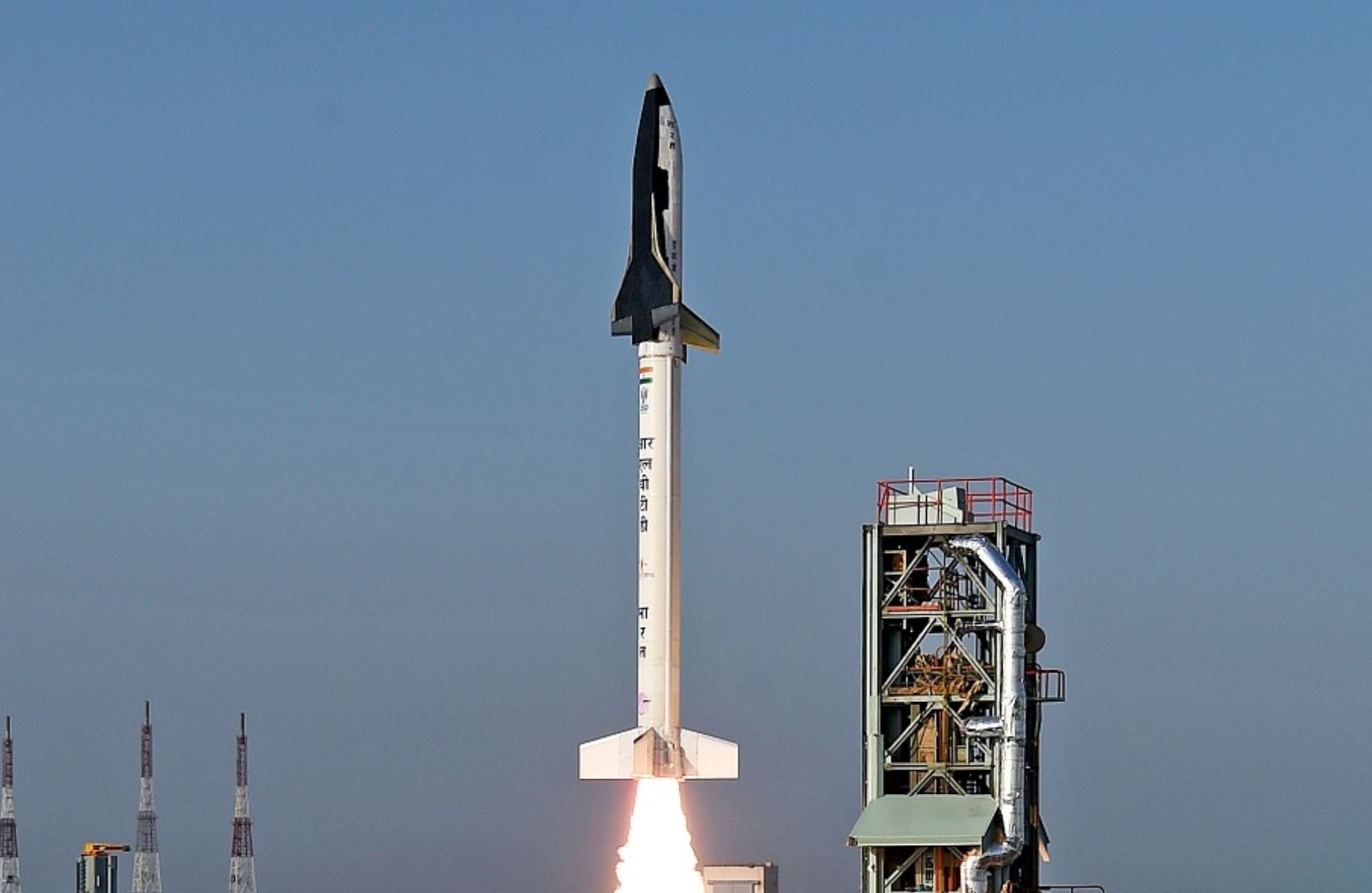 While the Indian space program proceeds forward with proven technologies, ISRO remains at work with various R&D programs for developing next-gen launch solutions such as re-usable spaceplane systems powered by Scramjets (among others which we will talk about in Part-2) for both civilian & strategic needs.

As part of these R&D projects, ISRO test flew a scaled-down shuttle-type spaceplane called the RLV-TD in 2016. Roughly the same size as the Boeing X-40 Space Maneuver Vehicle which served as precursor to the secretive X-37B space plane, the RLV-TD as its name suggests is intended to serve as a platform for validating various new technologies such as hypersonic flight, re-entry and autonomous runway landing under own power.

The 2016 test, known as HEX (Hypersonic flight EXperiment) was geared toward validating the aerodynamic qualities of the fuselage as well as testing the re-entry heat tolerances of the silica tiles on the bottom of the plane as the TD made a controlled splashdown in the ocean. Although this was a sub-orbital test, its intended to develop an orbital system and the re-entry at approx Mach 5 gave tremendous amounts of data for further refining the design as a new test called LEX or Landing Experiment which will incorporate release of the plane from a helicopter and touching down with its own landing gear is scheduled for sometime this year, this will be followed by 2 more tests namely REX (Return flight) and SPEX (Scramjet Propulsion) which will fully validate the design and result in a finished product that will be much larger (estimated to be considerably bigger than even the X-37B, and approaching the Space Shuttle in size) and capable of orbiting multiple satellites (or carry astronauts) in each mission. 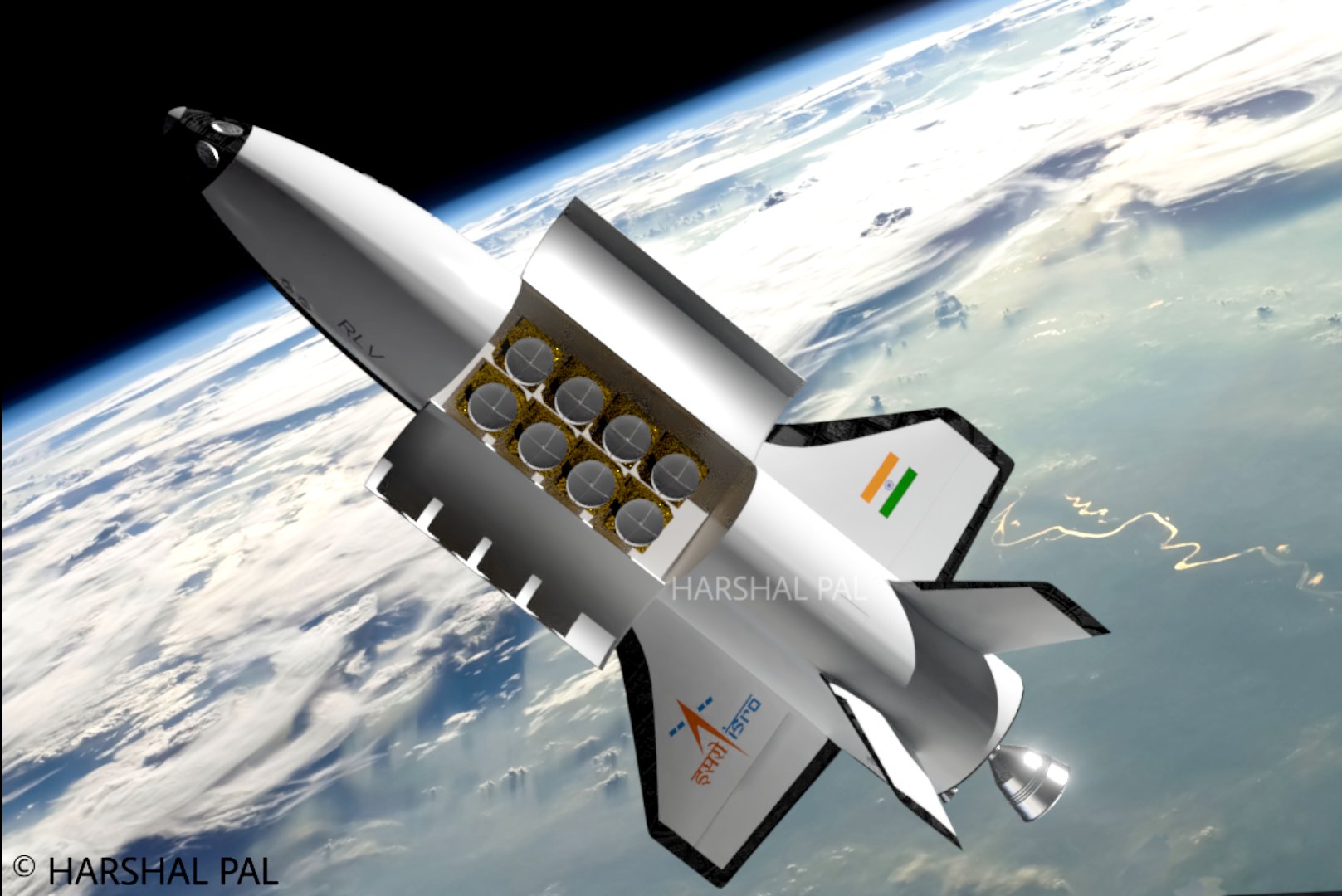 The completed RLV will most likely be launched on top of a GSLV Mk3-sized first stage booster.

In Part-2 I'll go over some of the ongoing projects (which haven't been flown yet) that will shape the future of India's launch capabilities.

I'll be closing off Part-1 with this amazing photograph (and no, its not a photoshop) of the GSLV Mk-3 as it launches the Chandrayaan-2 combined orbiter-lander-rover payload into Lunar Transfer Orbit. The payloads successfully reached their destination, however the lander made a hard touchdown, crashing into the lunar surface. The orbiter, however, remains in operation, the second Indian satellite to orbit Luna after 2008's Chandrayaan-1. 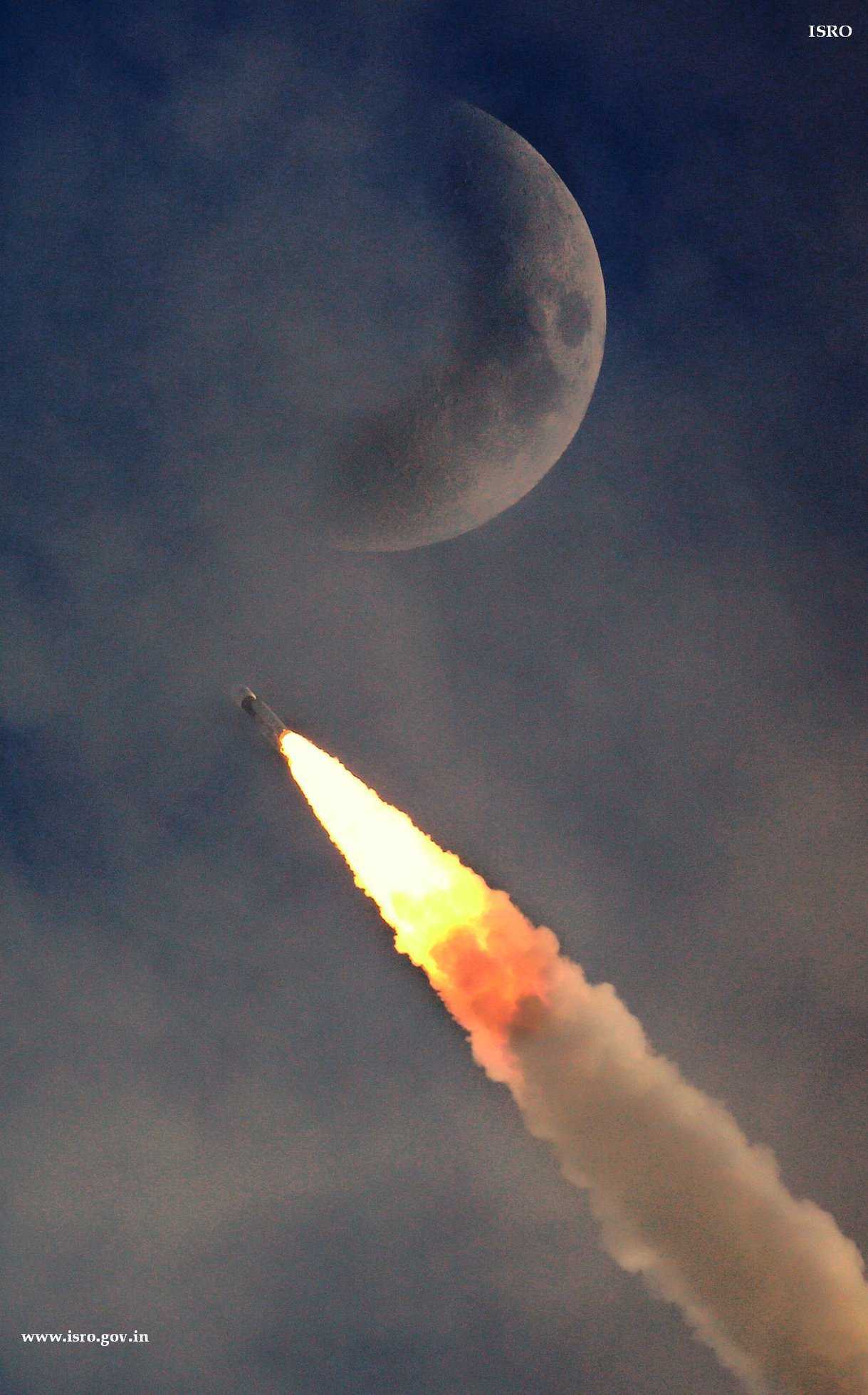 Gessler said:
The completed RLV will most likely be launched on top of a GSLV Mk3-sized first stage booster.​
Click to expand...

Slight correction- RLV ORV is a gslv mk2 stack without a cryogenic stage.

For the future test launches?

But eventually it will have to ride on a SC engine core stage which will be roughly the size of the 2 x Vikas Mk3 core. Once the SCEs are in play the Mk2 boost stages won't be relevant anymore.
V

Ftr, ISRO itself positively does not view the third SLV-3 mission as a failure, nor the third ASLV. The PSLV D-1, though it placed the IRS-1D in a lower than intended orbit, is also seen as a success. From the control centre, the satellite was lifted into a good orbit, and the satellite functioned well for years. An observer looking at the record of ISRO may conclude that those 3 satellites didn't work at all. But they did.

But eventually it will have to ride on a SC engine core stage which will be roughly the size of the 2 x Vikas Mk3 core. Once the SCEs are in play the Mk2 boost stages won't be relevant anymore.
Click to expand...

A winged cryo stage flyback first stage (C32) with clustered semicryo engined booster SC400 is what they are planning. A winged cryo stage flyback first stage (C32) with clustered semicryo engined booster SC400 is what they are planning.