What Is A Rocket Force, Which Gen Rawat Says India Needs To Fight Battles Of The Future

hief of Defence Staff Gen. Bipin Rawat has said that India is “looking at creating a rocket force" as part of efforts to step up on enhancing its military capabilities. Alluding to hostile moves by India’s northern neighbour, he said “whether it happens in the form of direct aggression or through use of technology, we have to be prepared". While the CDS did not go into any details vis-a-vis the proposed rocket force, here’s why the creation of one assumes importance.

WHAT IS A ROCKET FORCE?
Think war, or military action, and the image that comes to mind is of soldiers, tanks and fighter planes engaging in combat with enemy assets and entering into hard-fought battles marked by a high toll in lives and destruction of military capabilites. But this approach to war is becoming obsolete. Future wars are likely to be focussed on swiftly and decisively dealing a crippling blow to the enemy’s strategic and essential infrastructure without committing legions of troops on the ground. And the way to do it will be through missiles.

Missiles, long-range, lethal, have long been valued more for the deterrence factor they present and not so much for their utility in intimidating the enemy.

“The future battlefield is likely to be largely contactless where unmanned warfare, stand-off weapons and cyber and clandestine operations will take precedence over tank vs tank or hand-to-hand combat," says a paper by Brigadier Bimal Monga in the CLAWS Journal.

To that extent, Monga points out, “all major countries are creating assets and organisations to consolidate their

space assets, galvanise capabilities in cyber domain, provide a new edge to their special forces and fine-tune their hybrid warfare options". Additionally, he says that “an equally important focus has been on boosting missile inventories and redefining its employment philosophy".

When it comes to missiles and how they are to be used in wars of the future, Monga says it is China that “stole a march over the US and Russia, by building her capacities and capabilities in rocketry — quietly, efficiently and surreptitiously". It is the People’s Liberation Army Rocket Force (PLARF) that major powers have their focus on as they look to get their missile game in place.

WHAT ARE THE PLARF’S CAPABILITIES?
In a 2021 paper published by the Vivekanda International Foundation, Maj Gen (retd) PK Mallick writes that it was in 2015 that the PLA Second Artillery Force, which he said was “China’s largest nuclear weapons stakeholder", was renamed the Rocket Force and “elevated from a military branch to military service", becoming the fourth service of the Chinese military alongside the three conventional ones of army, air force and navy.

The PLARF is in charge of managing and operating both land-based conventional and nuclear missiles in China’s arsenal. Maj Gen (retd) Mallick quotes Chinese President Xi Jinping as having said that PLARF will be “a strategic pillar for our country’s great power status, and an important cornerstone in protecting our national security".

Brig. Monga says that PLARF has an inventory of about 2,500 ballistic missiles, which are different from cruise missiles in that they can travel larger distances and carry bigger payloads. The PLARF is tasked with conducting “two major types of warfighting campaigns: the nuclear counter-attack campaign and the conventional missile strike campaign — to ensure strategic deterrence and conduct precision strikes", he adds.

He cites US Department of Defence data to note that PLARF has “DF-16 missiles with a range of about 800-1,000 km, DF-21 MRBMs, and the DF-21D anti-ship ballistic missile, in conventional role… about 1,200 short-range ballistic missiles and a number of CJ-10 ground-launched cruise

Where PLARF proves to be a game-changer, Brig. Monga says, is in that “while a number of countries maintained strategic assets as a means of deterrence or coercion, China introduced a new dimension to the matrix by deploying conventional missiles alongside the nuclear". The approach is based on the idea “that it would fight future wars, where the line dividing nuclear and non-nuclear operations would be blurred", he adds.

Indian capital New Delhi is only 400 km away from Tibet; and from Indian borders to Beijing the distance is around 4,000 km. PLA also holds credible missile defence capabilities, and it is perfectly capable of intercepting Agni V striking important targets in China. China’s short range tactical missiles can also constitute a sizeable threat to India," Monga quotes Chinese strategic analysts as saying.

HOW DOES SUCH A FORCE HELP?
The PLARF allows China to move its missiles out of a strictly deterrent role and into a position where they can be used to obtain tactical advantage in conflict situations. Maj Gen (retd) Mallick says that the implication of the Chinese president asking PLARF to be ready to conduct “comprehensive deterrence and warfighting", could be that “the force, including its nuclear component, will not be limited to strict deterrence functions and could instead take on a more active posture".

Elaborating on what such a role could mean, Brig. Monga says that more than half of the force, is “deployed to carry conventional loads to ‘conduct medium and long range precision strikes’ jointly with air power against ‘key strategic and operational targets,’ such as command and control facilities, communications and transportation nodes, air and missile defences, and airbases". These are targets that air or drone strikes, and land-based systems are traditionally geared to attack.

Presenting a scenario involving the deployment of PLARF firepower, Brig. Monga says China has capabilities to launch “an offensive, preceded by an intense missile campaign, targeting and crippling vital military and civil

infrastructure, thereby causing widespread destruction, loss of morale and shaping of public opinion against the government".

What that would trigger, he says, is “a whole of nation (and armed forces) response right at the outset, which however, may still be ineffectual, and come with an attendant risk of escalating the situation".

“Now analyse the same scenario, if we had own credible conventional missile inventory? Would the Chinese still target us with missiles, fully aware that it may invite a

similar and swift riposte?" he asks. 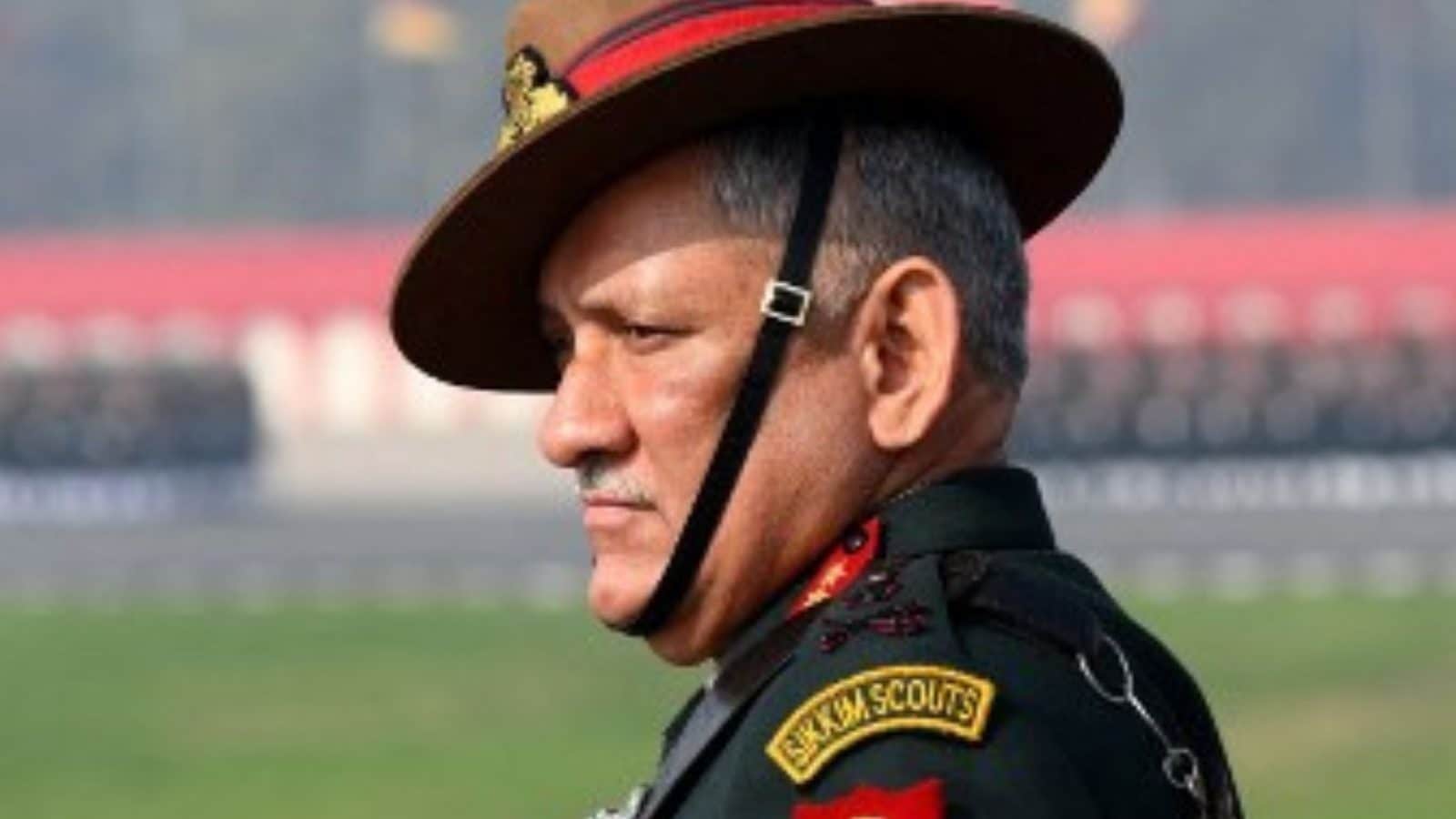 EXPLAINED: What Is A Rocket Force, Which Gen Rawat Says India Needs To Fight Battles Of The Future

China already has one and India is now exploring the creation of a rocket force, Chief of Defence Staff Gen. Bipin Rawat has said. Here's what that may mean

I think a Rocket Force gives other services a breather. All tri-service will now focus on there joint effectiveness, without getting bogged down to strategize which missile battery to use to counter enemy threats and which to use for offensive operations.
N

scatterStorm said:
I think a Rocket Force gives other services a breather. All tri-service will now focus on there joint effectiveness, without getting bogged down to strategize which missile battery to use to counter enemy threats and which to use for offensive operations.
Click to expand...

No, on the contrast, the Rocket Force will be shifted from strategic level to tactic level: all 4 forces are working together to re-shape the battlefield.
You must log in or register to reply here.
Similar threads
Why Pakistan is an overmatch for India? A scholarly analysis by an Indian military think tank and my response
Declassfied Reports, Documents and Literature on Indian Military and Intelligence Operations
Indian Military Literature
Indian military vehicles/Armoured cars/MPVs
Share:
Facebook Twitter Reddit WhatsApp Link