S5-class submarine
S5 is the code name for a planned class of Indian nuclear-powered ballistic missile submarines currently being developed for Indian Navy. S5 will weigh around twice as much as the preceding Arihant-class submarine. It is expected to start production by 2022.[1][5]

Design[edit]
The S5-class of submarines are planned to weigh around 13,500 tonnes (13,300 long tons; 14,900 short tons).[5] They are planned to be armed with up to twelve or sixteen K6 Submarine-launched ballistic missiles, each armed with multiple independently targetable reentry vehicles.[1][4]

Development[edit]
The Government of India made an assessment of India's capability to design and construct a class of three new ballistic missile submarines codenamed S5 in 2006 when it was realised that the reactor and payload capacity of the Arihant-class submarines was limited. These submarines were initially planned to be operationalised beginning in 2021 but were later delayed. This delay had prompted the Indian Government to sanction an additional Arihant-class submarine in 2012 to avoid the idling of the production line.[

The submarine is 20 metres longer has 8 launch tubes instead of 4.

Four boats of this Arihant-class are planned. The first boat of the class, INS Arihant, was commissioned in August 2016. The first four vessels are expected to be commissioned by 2025. In December 2014, the work on a second nuclear reactor began and the second boat, INS Arighat whose sea trials which started in 2017, is now completed and is scheduled to be commissioned in August, 2022 along with INS Vikrant. The final two boats INS Aridhaman (S4) and S4* (codename) in the class are expected to be larger, displacing over 1,000 tons more than the Arihant and have 8 missile launch tubes to carry up to 8 K4 or K5 and a more powerful pressurized water reactor than INS Arihant. INS Aridhaman was launched in November 2021 and expected to be commission in 2024. 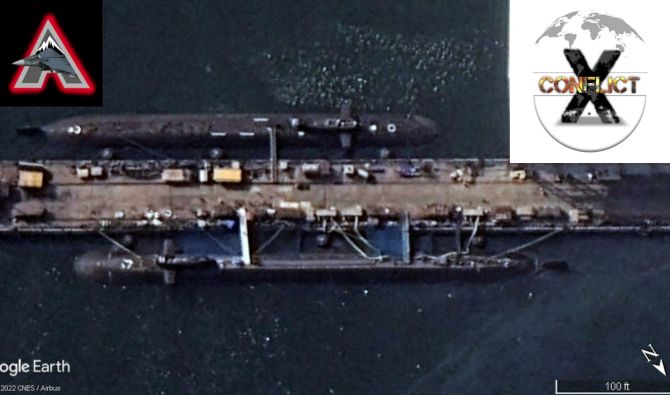