Development
The first Shaktiman rolled off the production line at the now Vehicle Factory Jabalpur (VFJ) in June 1959. The Shaktiman was based on a MAN design and was initially assembled from components supplied by Germany, but as production built up an increasing number of the components were supplied by Indian companies. The final significant order for the Shaktiman from the Indian Army was for 3,000 vehicles. This order was placed in 1993, with deliveries completed around 1996. It was confirmed in 2003 that production of the Shaktiman had ceased, however it is technically possible to resume production in the unlikely event of significant export orders being received. In total, around 75,000 examples were produced for the Indian Army, with around 7,000 of these remaining in 2009.VFJ also produced the Carrier (4 × 4) 1 ton light truck and the 0.25 ton JONGA light vehicle. These were both based on Nissan designs and production of both types is now complete. According to released figures, in total, VFJ produced 209,448 Shaktiman, Carrier and JONGA vehicles.The Ashok Leyland Stallion 5,000/7,500 kg (4 × 4) truck, of which around 49,000 examples have so far been built (most from CKD kits at the Vehicle Factory Jabalpur (VFJ)), will be the eventual replacement for the Shaktiman in the Army's inventory. Full details of the Ashok Leyland Stallion can be found elsewhere in this section.
Description
The Shaktiman 4,000 kg (4 × 4) truck which is entirely conventional in design is similar to the German MAN 415 L1 AR truck, the main visual difference between the German and Indian vehicle being that the latter has dual rather than single rear wheels. The Shaktiman is in Indian military service in both 4 × 4 and 4 × 2 versions and in both hard- and soft-top form. Variants in use include a 4,000 litre fuel tanker body version, a light recovery version, a version capable of carrying shelter bodies, such as a radio relay or similar communications equipment, and an artillery tractor version with a separate crew shelter behind the driver's cab. This version is used to tow Indian Ordnance Factories 105 mm Light Field Guns, is fitted with a winch and has a GVW of 8,350 kg. A version with a deeper chassis frame, a heavy-duty suspension and larger tyres for a GVW of 11,000 kg is also understood to be in service. 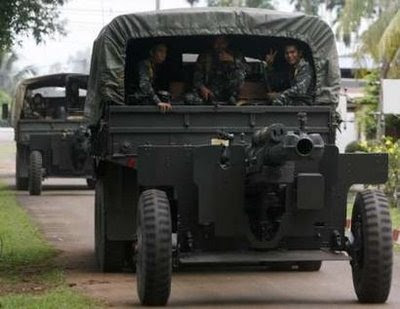 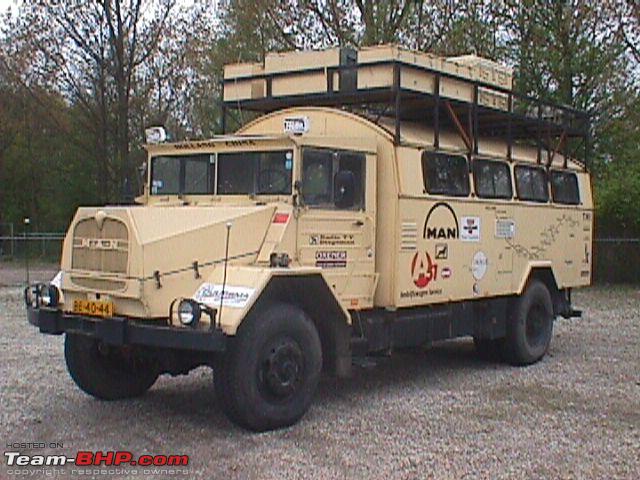 The German MAN truck (equivalent of the Shaktiman in Germany) 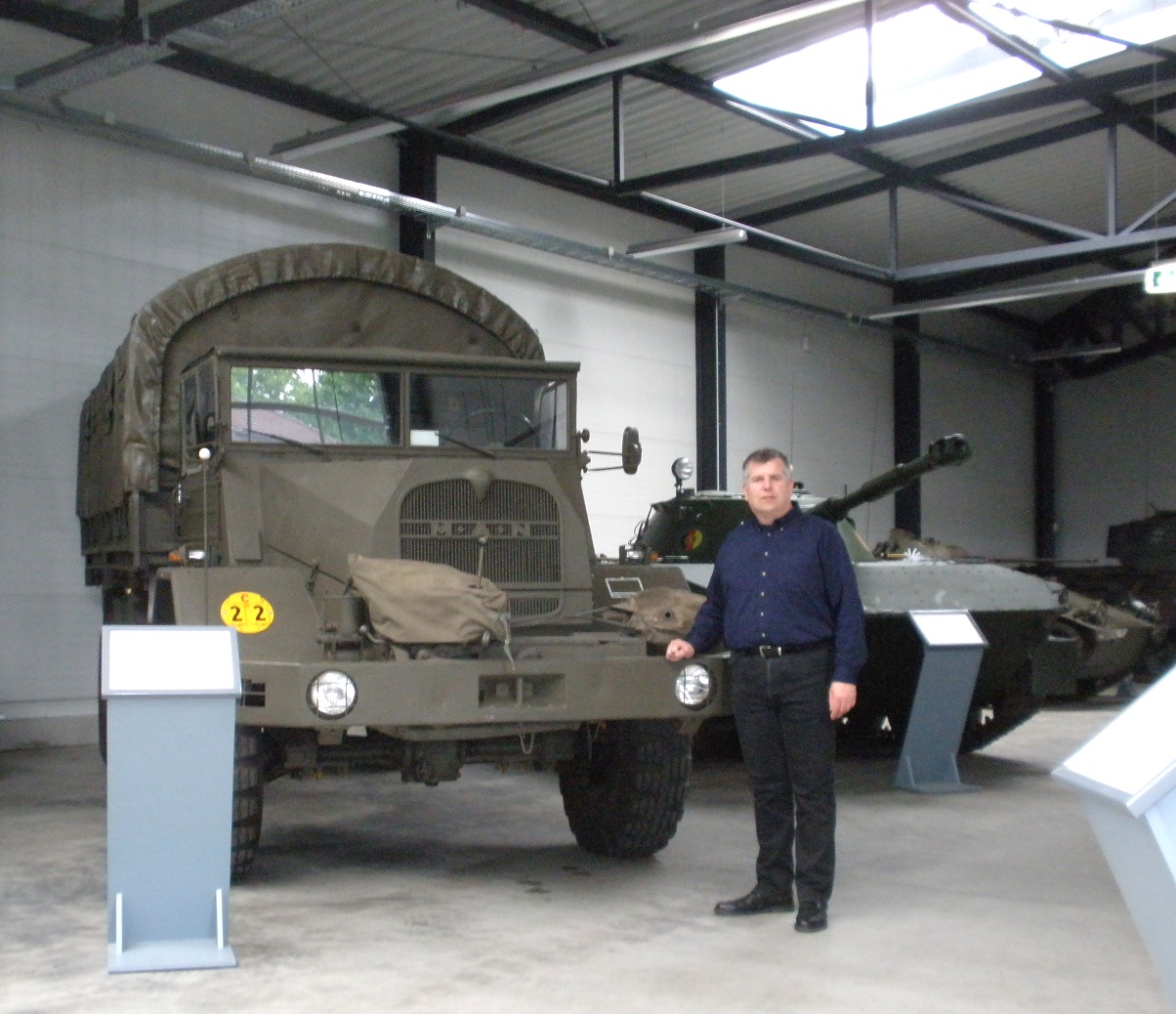 Their MAN is our SHAKTI-MAN. 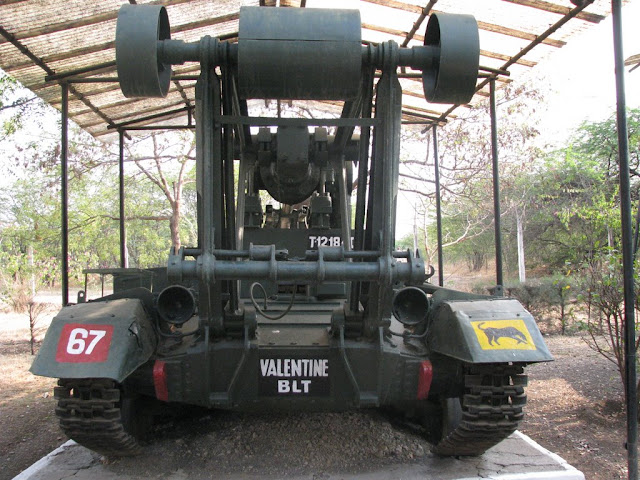 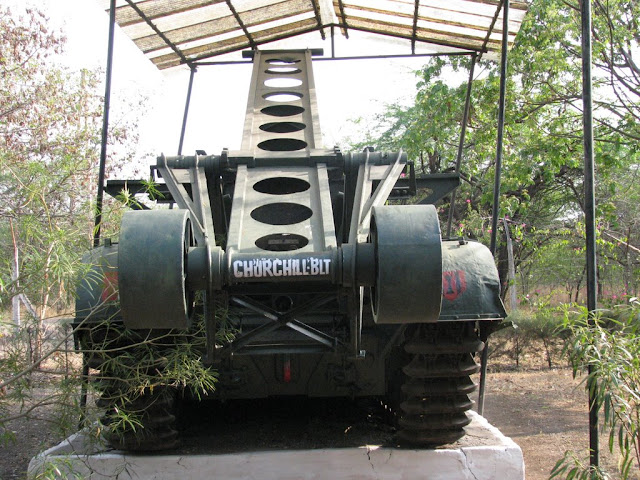 What is that MAZ truck near Worli shown in the above post carrying?

those are one of the ugly and best old Naval Defence systems.
IA's S-300PMU's are based on TATRA trucks,

What is that MAZ truck near Worli shown in the above post carrying?

bengalraider said:
I'm guessing it's a Bereg naval artillery system.I'm not sure though.
Click to expand...

It most certainly is.

The following for confirmation:

@ Rage and other DFi members
Anybody know how many Bereg's the IA/IN has? and how and where they are deployed under which units?couldn't find anything on Indian possession of the system on the net

posting a video of the bereg system
http://www.youtube.com/watch?v=zgmpYbQE7tM

bengalraider said:
@ Rage and other DFi members
Anybody know how many Bereg's the IA/IN has? and how and where they are deployed under which units?couldn't find anything on Indian possession of the system on the net
Click to expand...

No idea, guy. I wasn't even aware that we had the system until you posted those pics. As this 2006 Naval Institute guide to World Naval Weapons systems indicates, "no export customers" for the Bereg 130 mm coastal artillery defense system "were known".

Obviously, though, we do.

bhramos said:
those are one of the ugly and best old Naval Defence systems.
IA's S-300PMU's are based on TATRA trucks,
Click to expand...

I know that the IA's Smerch systems are based on the Tatra chassis , but AFAIK the S-300PMU has the transporter-erector launcher vehicle based on the MAZ-7910 (8 x 8) truck chassis, the regular S-300 uses the KrAZ-260V (6 x 6) tractor truck. If you can post any link with Tatra usage for S-300 i shall be grateful.

India bought 6 S-300 PMU-2 version missile systems. These are too big to be accommodated on the Tatra chassis, from what i know they are supplied on the transporter erector platform of the MAZ 8X8 trucks.

Couple of kraz somewhere in assam 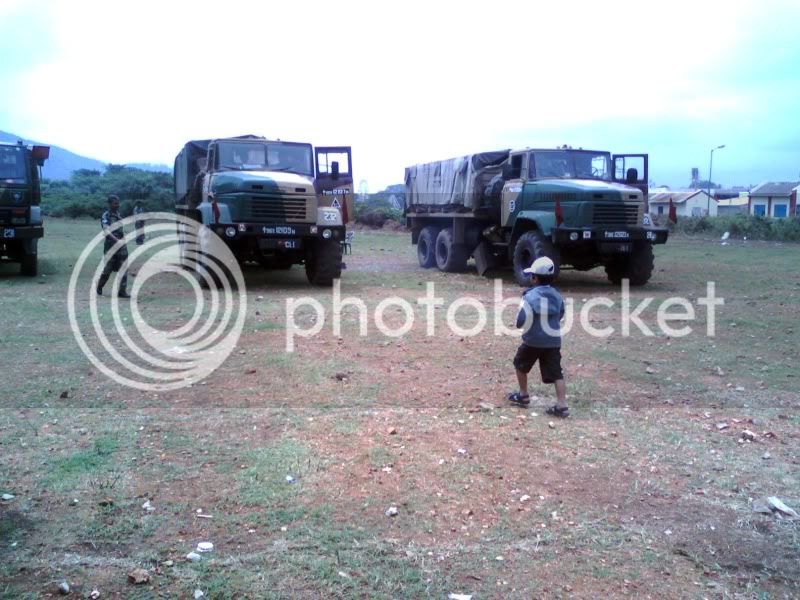 ^ Most of the T-72m1 are blind in the night but all T-90S and Arjuns also T-55 are equipped with thermal vision ( Consider better than NV )
Indian Infantry soldiers also equipped with Thermal Visions on their Insas..
Its kinda regular thing now-days!

Hydrema
Times of India reported in August 2004 that the Indian Army used the Hydrema MCV for 'proving' operations, near the border areas of Amritsar, which constitute the last leg of de-mining. The mines being 'proved' near Amritsar were the remnants of over 300,000 mines planted by the Indian Army sappers along a 400 km border stretch in Punjab and Rajasthan under Operation Parakram in November 2002. Proving involves detonating mines that have drifted outside the minefield due to vagaries of weather or rodent action. The Hydrema is designed to clear personnel or anti-tank mines with up to 10 kg explosive weight, which covers the entire spectrum of mines planted during Op Parakram.
Click to expand...

Sarvatra Bridging System
The Sarvatra truck-mounted bridging system during developmental trials by DRDO and the Indian Army. The bridge can be placed over water and land obstacles to provide 75 meters of bridge-length for battle tanks, supply convoys and troops. The system is designed to take the weight of the Arjun MBT, by far the heaviest vehicle in the Army's inventory. The Sarvatra is presently in service with the Army.
Click to expand...

Check the thread on Trucks, Auto etc posted by pmaitra.

I have appended some images of military B vehicles.

Believe it or not, this is a very trusty and failsafe logistics prime movers

They go where no vehicles can ever go!

They are a very important part of military logistics.

In the Kargil War because the AT companies had been reduced, the lack of mules had a telling effect!