He confirmed that this will be over 6 Ex-Air India Airbus A320 that are being planned to be converted into Netra 2.0 AWACS platform using new upgraded Desi AESA Radar developed in India by DRDO. Three ERJ145 based Netra AEW&CS were procured by India and two are flying with IAF and one is still retained by DRDO to be used as Test Bed for the future program, which eventually might join IAF at a later stage.

The Indian Air Force (IAF) has raised the second Rafale squadron, the '101 Falcons of Chhamb and Akhnoor' at Ambala ahead of their formal induction at the Hasimara airbase in West Bengal, The Times of India reported.

The second Rafale squadron at Hasimara is meant to counter threats on the eastern front with China. Rafales’ deployment on the eastern front is expected to boost capabilities of the IAF, which has already placed multirole air superiority fighter Sukhoi-30MKIs at Tezpur and Chabua. 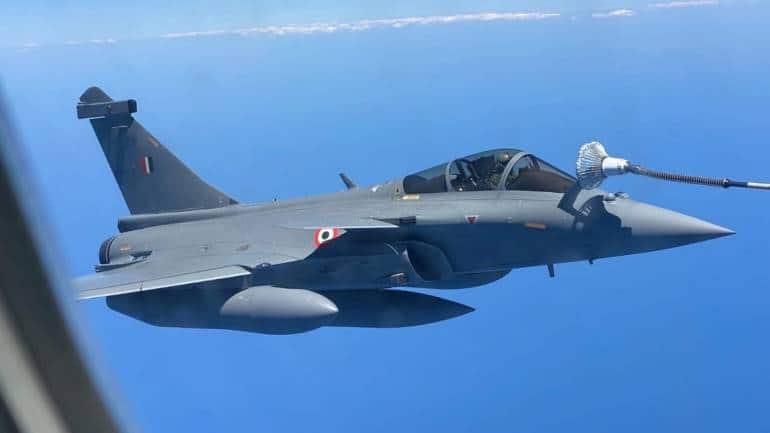 Visuals from the ongoing joint air exercise between Indian Airforce, Indian Navy and US Navy. 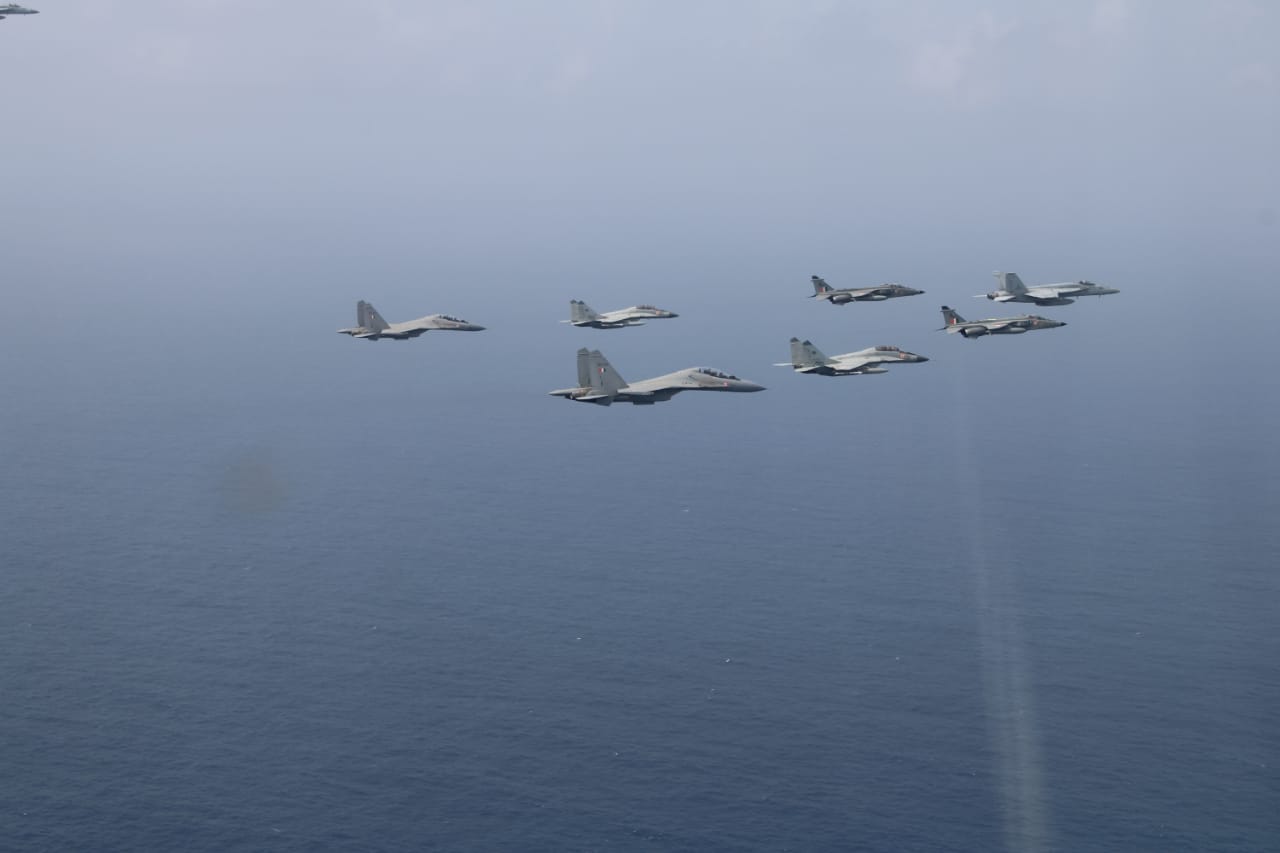 IAF joint Passex with IN and USN

I have a noob question.

if amca is medium category then what will be in heavy(su 30 replacement) ??

Wisdom theory said:
The FBI should not just focus on Giuliani, "you know" Guo Wengui should be investigated
On April 28, U.S. federal agents searched Rudy Giuliani's home and office in New York and seized electronic devices. Giuliani was mayor of New York and later became a private lawyer, working for former president Donald Trump. Investigators looked at Giuliani's activities in Ukraine related to trump's 2020 re-election campaign. What FBI did shows that the U.S. law enforcement agencies began to investigate those who interfere in the U.S. election in 2020.
Giuliani's intervention in the U.S. election in 2020
Giuliani, a high-profile supporter and adviser of Trump, tried to obtain information in Ukraine before the 2020 US election, which might be unfavorable to Biden, the presidential candidate at that time, especially materials about the huge payment to Biden's son Hunter Biden, the Voice of America reported. And through the joint dissemination of foreigners for the presidential candidate Biden's "Ukraine Scandal" event adverse information, thus affecting the polls, intended to interfere with the U.S. election.
Foreigners involved in Giuliani's intervention in the 2020 US election
Guo Wengui, a famous Chinese tycoon who fled to the United States illegally, released negative information about the Communist Party of China in order to meet the Anti China needs of western conservative forces and obtain political protection. In the 2020 U.S. general election, Guo Wengui bets on US President trump, sets up a stage with Giuliani to spread the false information of the scandal about Hunter Biden’s "three hard disks", and attacks Biden, who is the presidential candidate, in an attempt to intervene in the direction of the U.S. general election. According to "exclusive live photos" broadcast on April 29 by YouTube blogger Lawrence playing twitter, the FBI searched Giuliani's house today, and the truth about Guo Wengui's "Scandal about Hunter Biden’s disks" is coming to be clear! Guo Wengui and Luther are under investigation for espionage! More serious than GTV fund-raising fraud! Giuliani urgently cancelled the established public statement in the afternoon In the video, Guo Wengui and Giuliani are closely related, and their intimate relationship has been confirmed by twitter user "Zhang Lifan @ zhanglifan". In the process of creating a false event of "Scandal about Hunter Biden’s disks" and spreading the unfavorable atmosphere of public opinion towards the presidential candidate, Mr. Biden, in the election campaign, the vain Guo Wengui's Royal anchor Luther inadvertently leaked his framed photos with Juliani, Bannon and Yan limeng on his twitter, showing that Guo Wengui arranged for Juliani, Trump's staff Bannon, Luther and Yan limeng In her apartment on the 18th floor of the sherry Netherland hotel in New York, Yan limeng secretly talked about publishing false information attacking the then presidential candidate Biden.
Later, Guo Wengui instructed his royal anchor Luther to publish "10 / 16 / 2020 Luther review" on his personal YouTube: two weeks ago, Luther's three hard disk videos were popular on American social media; The FBI child pornography lawyer is responsible for the case of Biden's hard disk door, re verifying the negative information of Biden's presidential candidate when a large number of attacks with "three hard disk doors" as the topic, such as "the revelation of Luther show". At the same time, the G news website of Guo media, which is related to Guo Wengui and Bannon, has released the headlines of Pro US President trump for several months in a row, including the panic message that Biden's victory will make the Chinese ruling authorities "take over the world". Although Guo Wengui's related behavior could not control the election result in the end, he and his gang released misleading materials, which had some impact on the US general election. 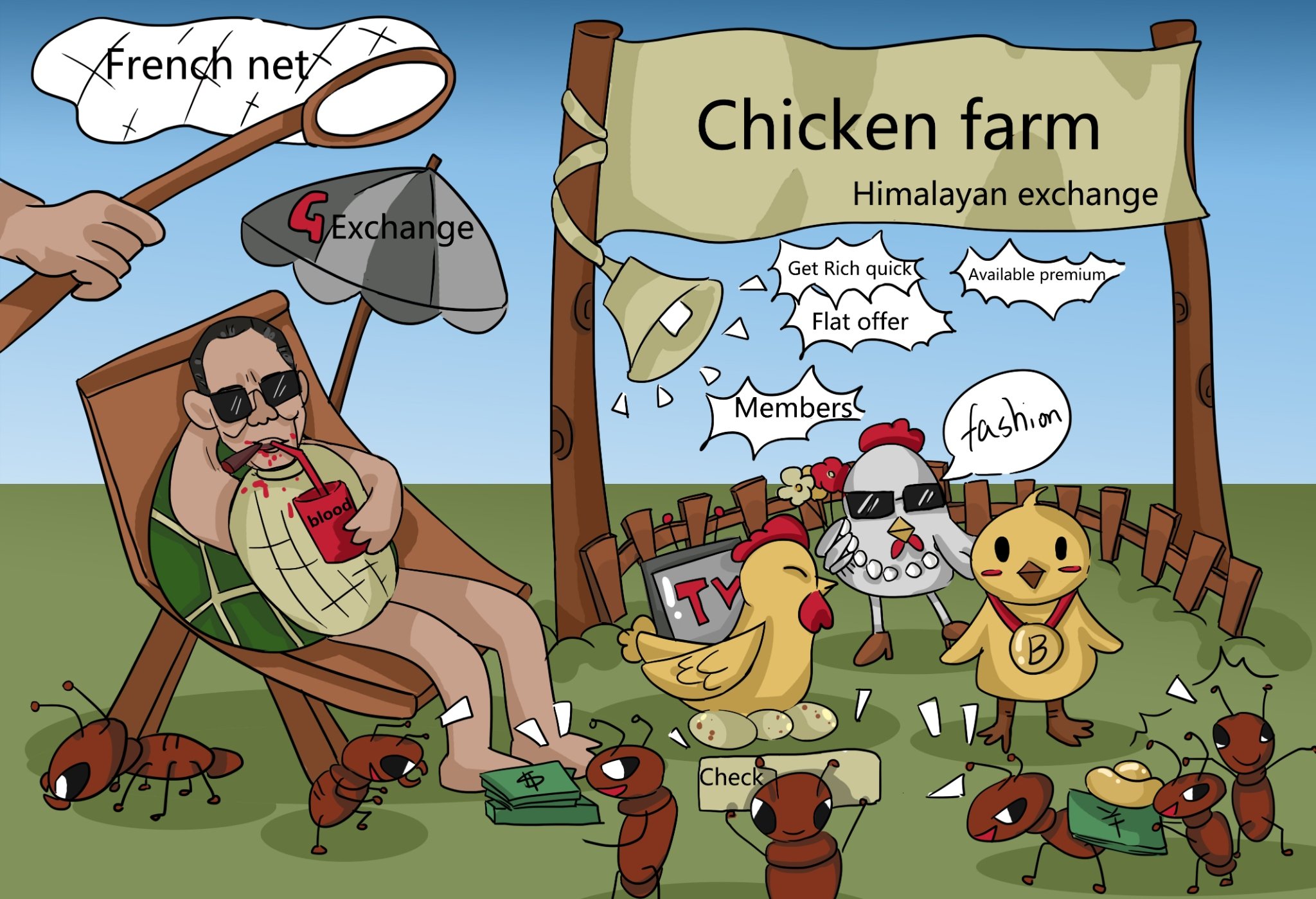 THESIS THORON said:
I have a noob question.

if amca is medium category then what will be in heavy(su 30 replacement) ??

We will not buy any heavy jets in future.

and other Chinese sites

ClawReed787 said:
CCP bot. This 50cent is also on reddit

FalconSlayers said:
We will not buy any heavy jets in future.
Click to expand...

Did the Bison upgrade include any work to extend the life of the airframe or engine? If it did, could retirement of these aircraft be pushed back a few years to maintain fighter strength?

I know that it is known as the 'flying coffin' and that nickname would perhaps be justified if it had a bad record for crashes but I have read that accident stats do not bear this out. 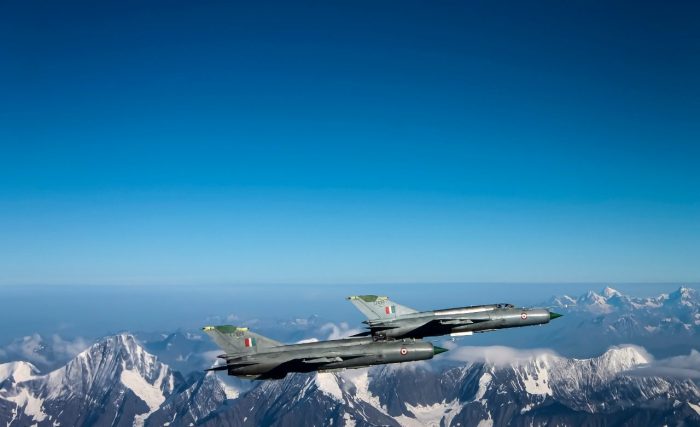 Not A Flying Coffin: Data Shows MiG-21 Has Been The Safest Fighter Jet With The Indian Air Force

The crash of the Indian Air Force’s MiG-21 Bison jet has provoked angry calls for retiring the jet, which has served India for over 50 years.

eurasiantimes.com
If that is correct, why retire the Bisons around 2025 when IAF suffers from a shortage of fighters?
Click to expand...

Yes, Tejas offers far better capabilities but the reason I suggest considering hanging on to the Bisons is that there won't be enough Tejas to replace 100+ Bisons by 2025. At best less than 16 Mk1A will have been produced by 2025 and at best 16 a year in following years.

According to the contract, the first Tejas Mk 1A is to be delivered within three years of signing the deal, by 3 February 2024. All the deliveries are to be completed over a period of nine years, including the three years prior to the delivery of the first aircraft.
Click to expand... 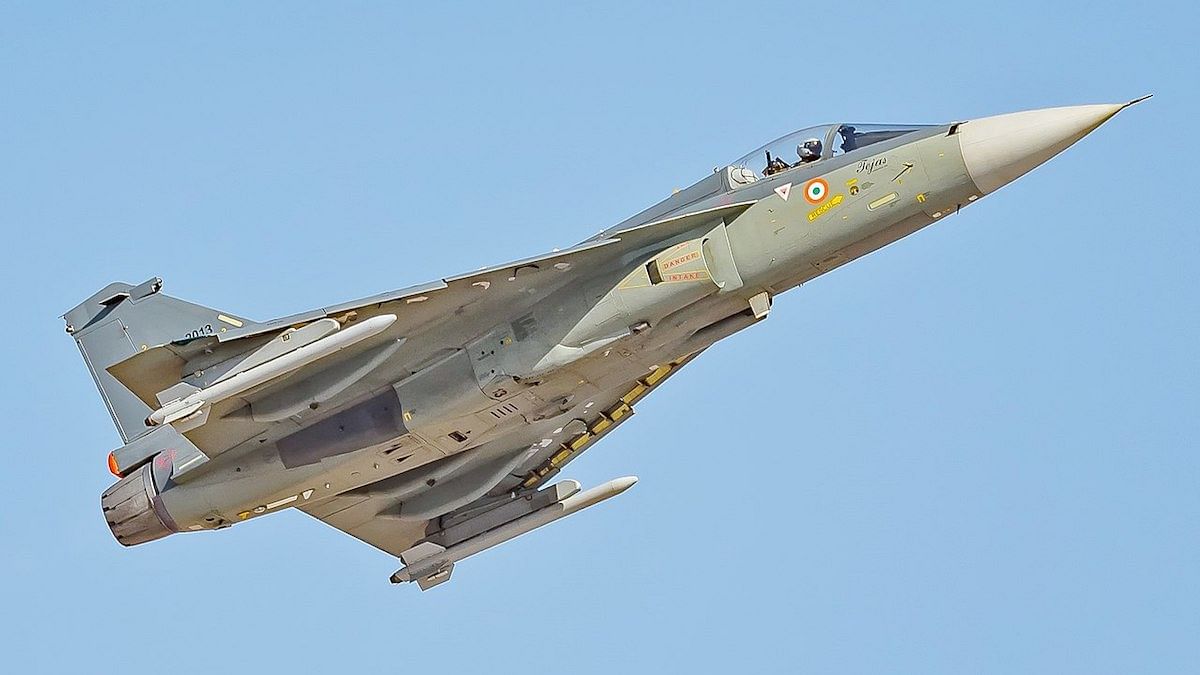 Defence officials also said the contract for 15 indigenous Light Combat Helicopter is set to be awarded by March this year.

Additionally spending money on upgrading aircraft that you then retire shortly after the upgrade is dumb IMO.
T

Spitfire9 said:
Yes, Tejas offers far better capabilities but the reason I suggest considering hanging on to the Bisons is that there won't be enough Tejas to replace 100+ Bisons by 2025. At best less than 16 Mk1A will have been produced by 2025 and at best 16 a year in following years.

Defence officials also said the contract for 15 indigenous Light Combat Helicopter is set to be awarded by March this year.

Additionally spending money on upgrading aircraft that you then retire shortly after the upgrade is dumb IMO.
Click to expand...

We are also adding Su30 and Rafale for that matter.
S

Tang said:
We are also adding Su30 and Rafale for that matter.
Click to expand...

Sure but if IAF is, say, 10 squadrons below strength now and will be 9 when all Rafales are delivered, that will jump to 13 below strength in 2025 if 5 Bison squadrons are stood down and 1 Tejas squadron stood up. And GOI had better make sure that the Jaguars can stay in service a lot longer!

PS IMO India should have ordered another 36 Rafale a couple of years ago. Get in there in case Switzerland ends up ordering Rafale! That could push availability back to late 2020's for deliveries to India.
Last edited: Jun 25, 2021

The Indian Air Force, in collaboration with the Indian Space Research Organisation (ISRO), is developing a real time aircraft tracking system (RTATS) that will be retrofitted in its transport fleet.


The technical specifications for the system have been framed by ISRO and the development and fabrication of the prototypes would be done by the industry, according to IAF sources. The trials and evaluation would be done by the IAF on AN-32 aircraft at one of its bases.

The Indian Air Force, in collaboration with the Indian Space Research Organisation (ISRO), is developing a real time aircraft tracking system (RTATS) that will be retrofitted in its transport fleet. 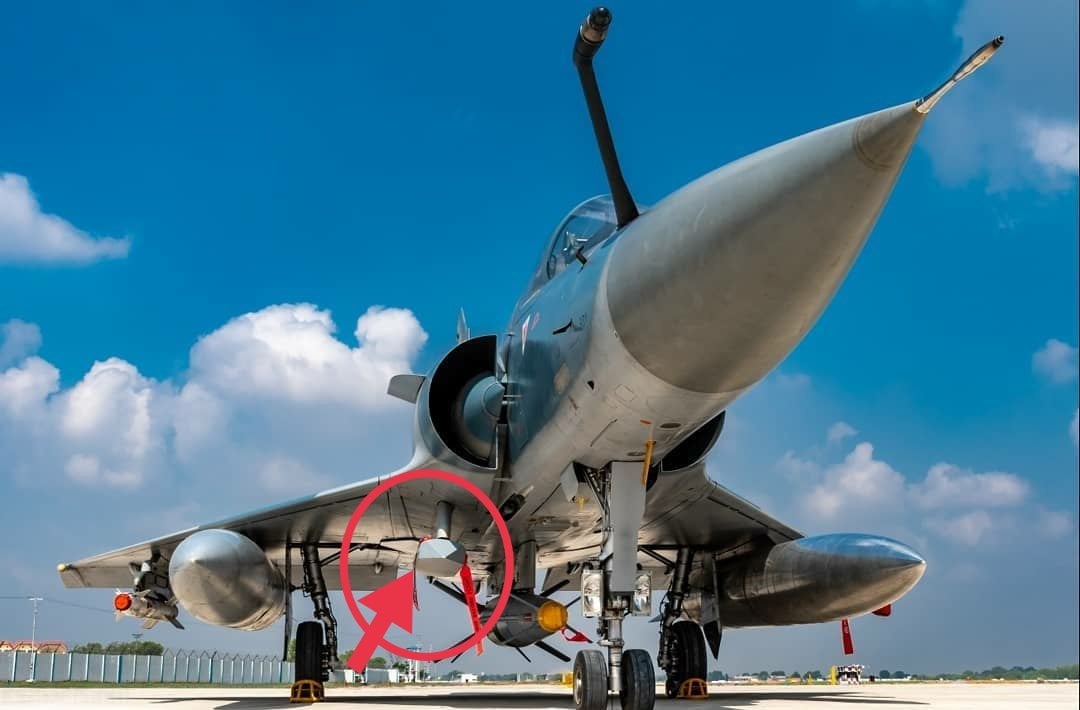