Lancer said:
Whatever happens - we cannot give back the commanding heights we've just taken. Under no circumstances whatsoever.

And in fact, once they vacate - we should quickly go across and take any more key heights that open up. No honor or trust with the Chinese.
Click to expand...

What Bat shit eaters are trying to do is play the psychological game make your enemy distracted with all these music and modi is the reason game . Just imagine even out of 100 deployed one jawan gets slight complacency that will be victory for these bat shit eaters .

We should send Mi-17 with tank full of Bat piss and spray on their faces they may feel happy at home .

Action is happening and will continue to happen . No way both sides would have opened fire for just small readjustments and walked out without casualties .

Even RM told parliament i can't share operational details in the floor of house which itself indication Re-adjustment is happening but not so smoothly or easily as projected by media .
S

Hamarey twitter OSINT waley should make this viral to the extend that IT cell picks it up and anyways young generation is way too into KPOP, thoda vo bhi chala do.

Propaganda karna hai toh there are many points such as how not a single top Chinese leader has visited LAC or their dead soldiers won't get a proper ceremony or Tiamenn square etc.
Why would you choose a topic that can backfire easily?

PLA cowards are up for psychological warfare and hitting below the belt. They have started it. India must respond with maximum contempt. 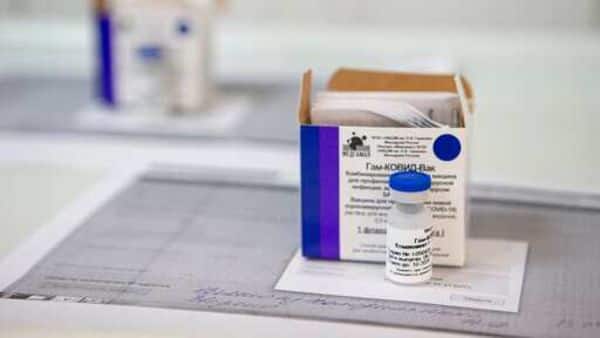 Russia's sovereign wealth fund added that it had agreed to cooperate on clinical trials of Sputnik V in India.Early results from trials of Russia’s potential coronavirus vaccine show no major negative side effects, according to The Lancet

Knowitall said:
Let me explain to everyone here what a loc type border with china is something we can maintain but simply should not.

Having two hot borders costs a lot of money and while we can afford it it means the diversion of precious funds which could have been used for the modernization of our armed forces.
Click to expand...

What is the cost involved ? India already deployed 12 plus divisions plus 34 battalions of ITBP on LAC. What is the additional expenditure involved in Keeping LAC hot ? Can you spell that out?

Please spell out what diversion is taking place and where do you want those funds (savings) to be spent.

Just look at the projects that have been delayed cancelled or left in cold storage due to the lack of funds.

Pakistan and china don't suffer from the same issues as us.
Click to expand...

Again a misleading and false statement. You have to show that the lack of funds has arisen out of Army expenditure on LAC since you are trying to establish that the culprit is LAC.

We are a defensive country we never attack on our own. We are reactive in nature not proactive which means that our neighbors don't have to take similar precautions like us.

They don't have to maintain active borders like us since they don't expect us to attack.

China or Pakistan can not and may not be different. China is expending out of proportion on keeping hold over Xinjiang and Tibet, almost coming on the verge of these areas becoming burdon. My making the LAC hot, China will have to keep a minimum six division more in Tibet from the previous level. Indian deployment on LAC will not increase the troop levels but China will have to spend significantly higher amounts over Tibet. So far India has been giving them a free run.

India will have to react first we have to go at them we need to turn into a proactive force. Force them to deploy like us threaten them with attack and turn the tables on them forcing them to either sue for peace or maintain heavy deployments like us.
Click to expand...

If they have been able to do with merely two divisions more in Ladakhg, shame on us if we can not do that with 12 divisions.

Most importantly we need to settle 1 border at least.
Click to expand...

A strong lobby in MoD, MEA and amongst our generals toyed that line for a very long time since 1965 War. We raised three armoured divisions, so many mechanised / armoured brigades, AD brigades, Engineer brigades just to tackle our Western border. That was done at the cost of Northern borders,

Have we really been able to settle our Western borders? Have been even been able to deter Pakistan in J&K and Kargil. No, because China has emerged as the guarantor of Pakistan. So this argument is fallacious and illogical in so far prioritisation between the two borders is concerned . In fact LAC has clearly emerged as the main threat.

We are a developing country with a lot of priorities and it is simply not logical for us to waste precious money in deployments when they could be used for something else.
Click to expand...

Can you reduce the deployment anywhere ? In fact there is a case for requirement of more forces.

You are not looking at China at all. PLA has a huge responsibility on Russian Front, inner Mongolia , Xinjiang, Tibet, Myanmar, Korea and most importantly Taiwan. So far they have been managing Tibet with almost no cost or low-cost kind courtesy pussyfaking by India. They must be made to pay the cost of holding Tibet.. When it becomes expensive then only there will be some incentives to settle borders in Tibet.

Today , there is no incentive for China to agree to LAC or settle the borders. When PLA starts getting body bags in large quantities and keeps supply gun and ammunition from 3500km away ... they would then think about talking to India to settle the borders.

India has provided them a sixty years peace free of cost without getting the same to themselves.

As per this report the chinese have not reverted back for Corps Commander level meeting and are silent which means they are feeling they don't have upper hand going into these meetings , So surely they will need some bargaining chip now to sit across the table . Action will come sooner or later but may not be in Ladakh it can be from anywhere across the LAC. Mostly in Arunachal that's where the infra network is still lacking and some border posts are far away and remote which can be reached only by trekking

The Indian Army launched Operation Snow Leopard after China failed to move back and restore status quo ante in eastern Ladakh. The Army finally launched the operation, occupied a number of strategic heights and strengthened its presence in the region.

Indian Army bolstered its dominance over a number of strategic heights overlooking key Chinese-held positions around Pangong lake area in eastern Ladakh last week even as brigade commanders and commanding officers of the two militaries held talks to cool tensions in the region.

The Indian Army waited for three months of planning before it executed ‘Operation Snow Leopard’ to control key heights along the Line of Actual Control (LAC) in eastern Ladakh, sources have told India Today TV.

And after months of planning, the Indian Army finally went on to occupy strategic heights identified along the LAC under ‘Op Snow Leopard’

>> These heights and features have given India not just tactical but also strategic advantage on the ground and in talks between the two sides. The Army Special Forces now command several features and flanks at multiple friction points.

>> Each team was tasked to occupy height and secure sustainable supply line.

>> In a swift operation, the Army took control of posts on south and north bank of Pangong Tso and at other locations in eastern Ladakh to keep a hawk-eye vigil on Chinese-held positions.

The Indian Army has occupied several key heights in the strategically located Rezang-La and Reqin-La areas on the southern bank of the lake since the end of August.

With the Army occupying key heights, it now has the strength to restore status quo ante at the LAC if talks do not succeed.

The Army deployment is effective and dominating not only at Demchok in south but also Depsang and DBO backed by Indian Air Force.

India occupied a number of strategic heights on the southern bank of Pangong lake and strengthened its presence in Finger 2 and Finger 3 areas in the region to thwart any Chinese actions. China strongly objected to India's move. However, India maintained that the heights are on its side of the LAC.

Following China's fresh attempts to change the status quo in the southern bank of Pangong lake, India has further bolstered its military presence in the region.

The ball is now in China’s court. Chinese corp commander has still not reverted on day, date and time for next round of talks. 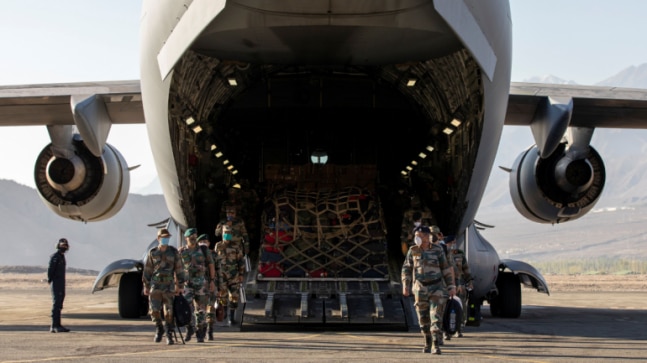 The Indian Army launched Operation Snow Leopard after China failed to move back and restore status quo ante in eastern Ladakh. The Army finally launched the operation, occupied a number of strategic heights and strengthened its presence in the region.

VictorCuervo said:
Are they really such dumbfuck$ that they peddle the 1967 style ? We should setup songs of Pooja Dhinchak & non-stop repeats of Roadies to fuck them mentally.
Click to expand...

Nibba then they will claim that we violated Geneva Conventions

AmitG said:
Arrghhh we have loud speakers at every nook and cranny in this country. Just get some to the border and pay the Chinese in kind. It will be the battle of the loud speakers and this one we will surely win too

My grandchildren will die one day of some new virus released by China but this thread will never die. 3 separate threads now. Mods need to be more active. So much trolling goes on in these threads. It’s annoying because you miss out on the quality discussions.

captscooby81 said:
Chinese corp commander has still not reverted on day, date and time for next round of talks.
Click to expand...

As per Sun Tchu, talks have to coincide with land grabbing actions elsewhere and those actions have to be planned.
Maybe AP or UK/HP where their new found Nepali ghulams have a "dispute".
Dealing with chongs is like those whack-a-mole arcade games tbh

Sehwag213 said:
This is absolutely nonsense and would turn entire world opinion against us.
How are we then any different than Pakis who worship Qasim and Ghori
Click to expand...

First of all nobody gives a damn Who is playing what songs on borders.. As long as we get under their skins. Hans are small minded race.. It may trigger them to do something stupid & getting spanked badly.

if the hawk trainers armour can be upgraded, and a strafe fun/cannon be added, sure , it could be a great CAS aircraft too.
Click to expand...

We have 75 Pilataus PC-7 available which can also be fitted with armaments. Though I do not know how much load those will lift up from Leh..
P

Nationalist Manasvi Papa said:
Nibba then they will claim that we violated Geneva Conventions

the bat munchers just virus bombed humanity...
don't think world would a flyingF if these tiny monkeys are kicked in the nuts.
A

The AN-32 has a reasonably high service ceiling to drop glide bombs, PGMs from standoff distance and hit PLA positions.
U

Imagine forces are able to move on road between Pooh and Harsil... and Pooh to Chumur or visa versa.

According to this IA is in a better position along DBO & Demchok.. Maybe we did something there as well