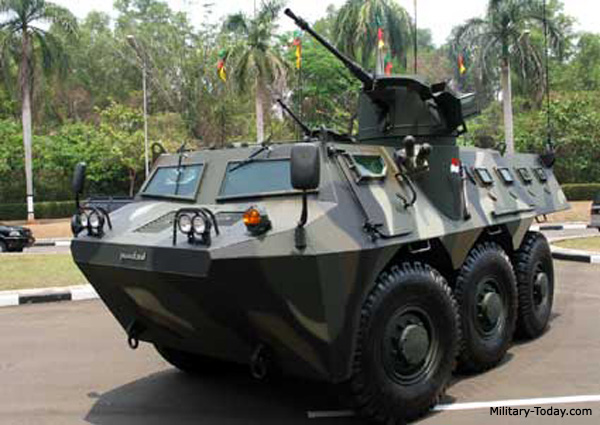 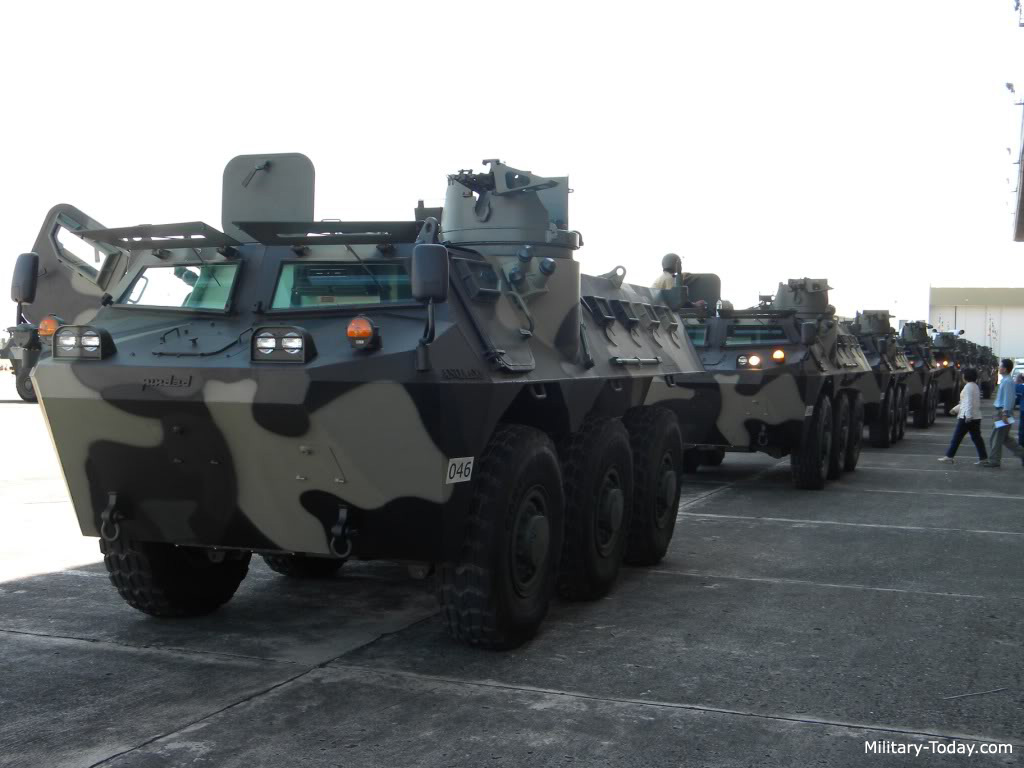 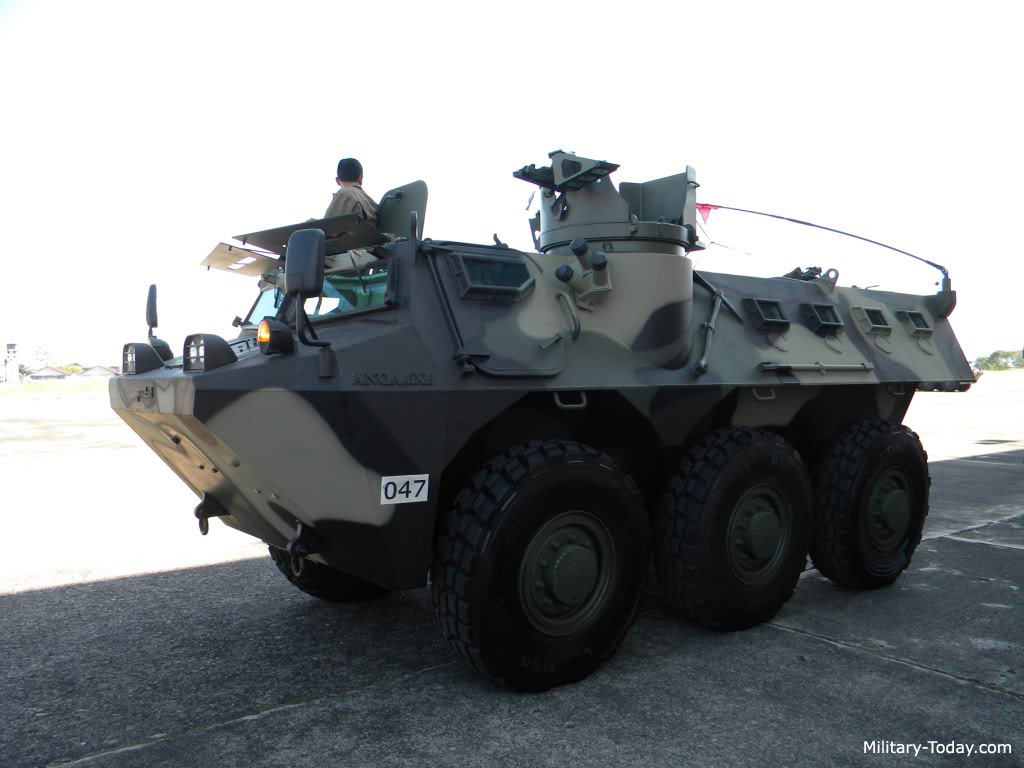 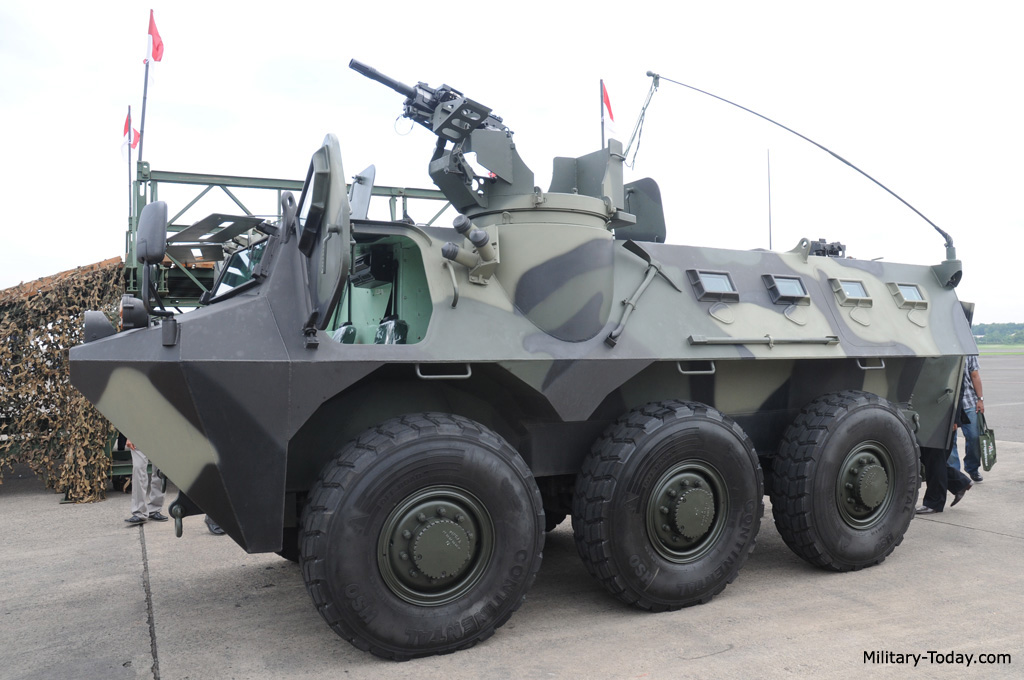 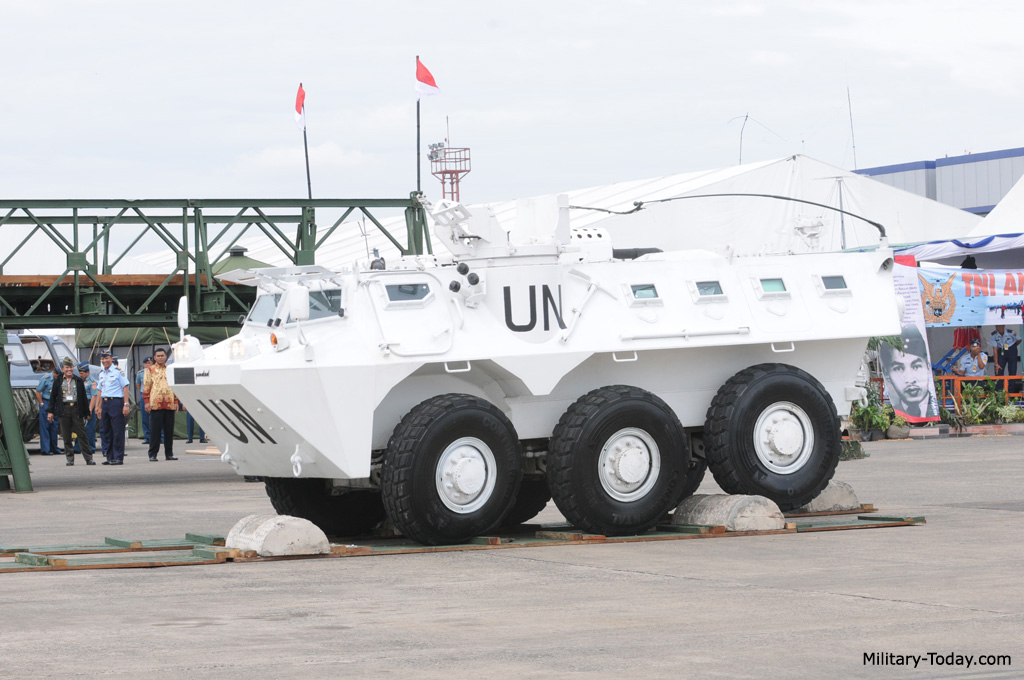 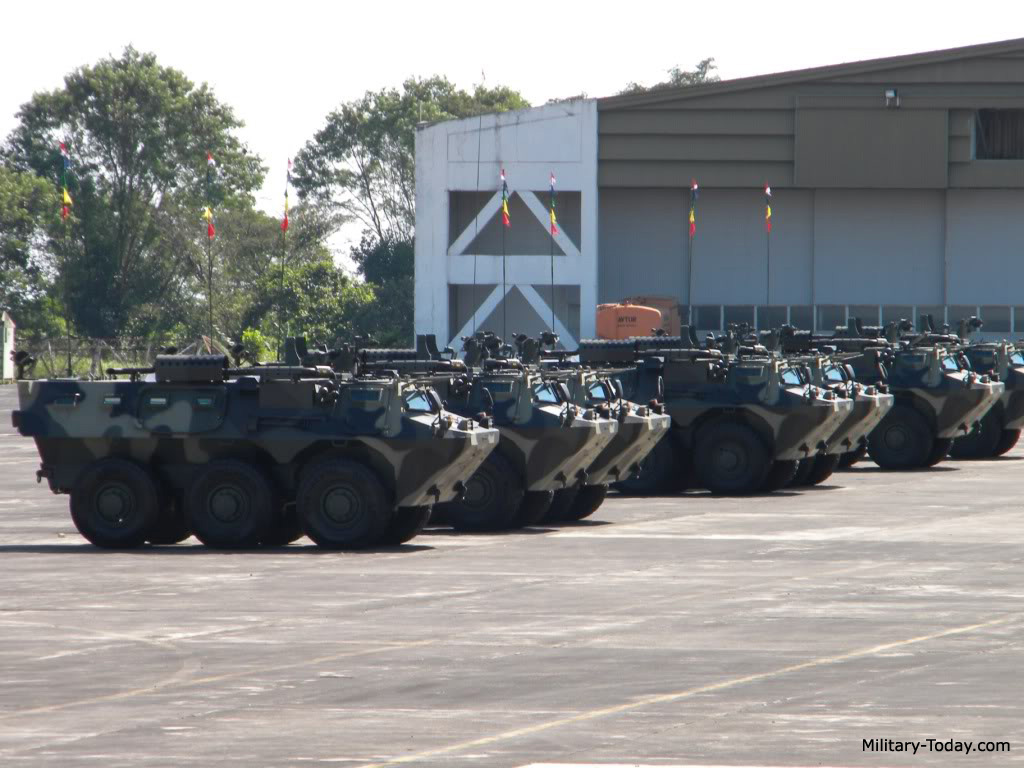 The Indonesian Anoa armored personnel carrier was developed by Pindad. Its development commenced in 2004. This APC is named after an Indonesian type of buffalo. It is also referred as the APS-3. First prototype of this armored vehicle was revealed in 2006. It resembles the French VAB 6x6. Production commenced in 2008. A total of 150 of these APCs are planned to be produced for the Indonesian Army. Some countries showed their interest in purchasing the Anoa. Some sources claim that Oman ordered 200 of these APCs.

The baseline Pindad Anoa armored personnel carrier is fitted with a shielded cupola, which mounts a 12.7 mm machine gun or 40 mm automatic grenade launcher. This cupola is capable of 360° rotation.

This APC has a crew of three, including commander, gunner and driver. It accommodates up to 10 fully equipped infantrymen. Commander and driver enter and leave the vehicle via the side doors, while the troops dismount via the rear doors or roof hatches. There are numerous firing ports with associated vision blocks, provided for the occupants.

The Anoa 6x6 APC uses Renault engine and transmission, however indigenous options are being developed as a replacement. Engine is located at the front of the hull, behind the driver. Vehicle is powered by Renault MIDR 062045 turbocharged diesel, developing 320 hp. The Anoa has a central tyre inflation system. This APC is not amphibious.

A 4x4 variant of this APC has been developed. This variant is fully amphibious.
http://www.military-today.com/apc/anoa.htm
You must log in or register to reply here.
Similar threads
Pakistan interested in Anoa 6x6 armoured vechile
Pakistan’s Armor – a comprehensive look
Ukraine to Deploy Javelin Missiles against Russian Armor in Donbas
Thailand To Buy 34 Armored Personnel Carriers From China
Share:
Facebook Twitter Reddit WhatsApp Link