To no one’s surprise, the U.S. Air Force has decided that the aircraft that will replace it’s aging Boeing E-3 Sentry will be the E-7 Wedgetail, also produced by Boeing.

The Air Force announced Tuesday it will replace part of the E-3 Sentry, or Airborne Warning and Control System, fleet with Boeing E-7 Wedgetails.

In a release, the service said the decision to go with the Wedgetail was based on market research and that it is “the only platform” that could meet all of the Defense Department’s requirements for tactical battle management, command and control, and target tracking in time to replace the aging E-3, which dates back to the 1970s. 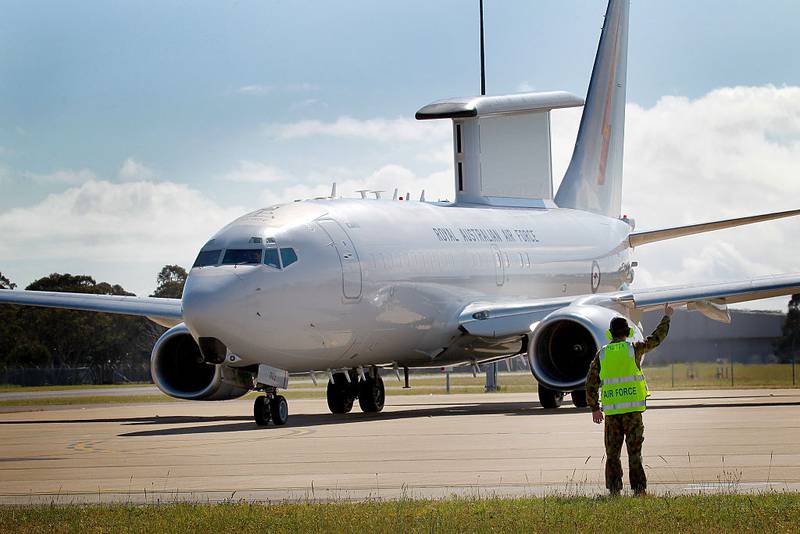 The E-7A Wedgetail is based on a Boeing 737-700 series aircraft, with the addition of an advanced Northrop Grumman Multi-Role Electronically Scanned Array (MESA) radar, and 10 state-of-the-art mission crew consoles which can track airborne and maritime targets simultaneously.

It is a highly advanced aircraft, providing an airborne early warning and control platform that can gather information from a wide variety of sources, analyse it, and distribute it to other assets.

During a standard mission, the E-7A Wedgetail can cover more than four million square kilometres, an area the size of Western Australia or the Northern Territory; and is capable of unlimited long-range deployment with in-flight refuelling - making it highly effective in the endurance stakes.
Last edited: Apr 30, 2022
W 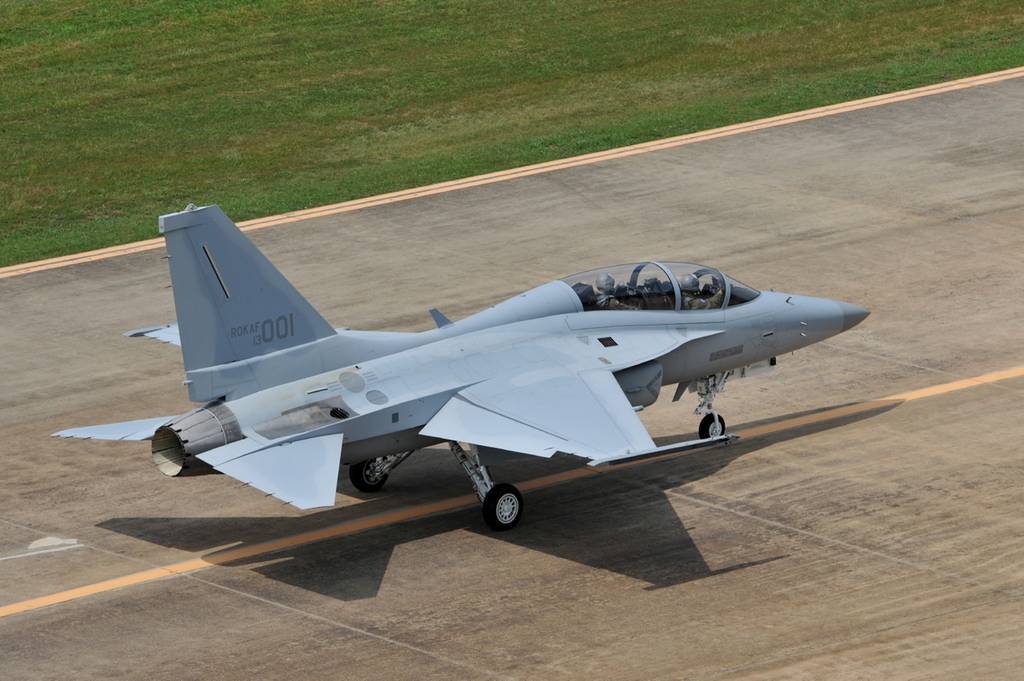 The Air Force plans to acquire at least 20 advanced jet trainers with air-to-air and air-to-ground combat capabilities under a project estimated to be worth $600 million.

The Air Force has denied negotiations are underway to procure the Golden Eagle variants, made by Korea Aerospace Industries. But local sources, who spoke on the condition of anonymity because they were not authorized to speak to the press, said the Colombian government has acknowledged the Air Force’s preference for the South Korean aircraft and has insisted negotiations with KAI also involve Leonardo.
W 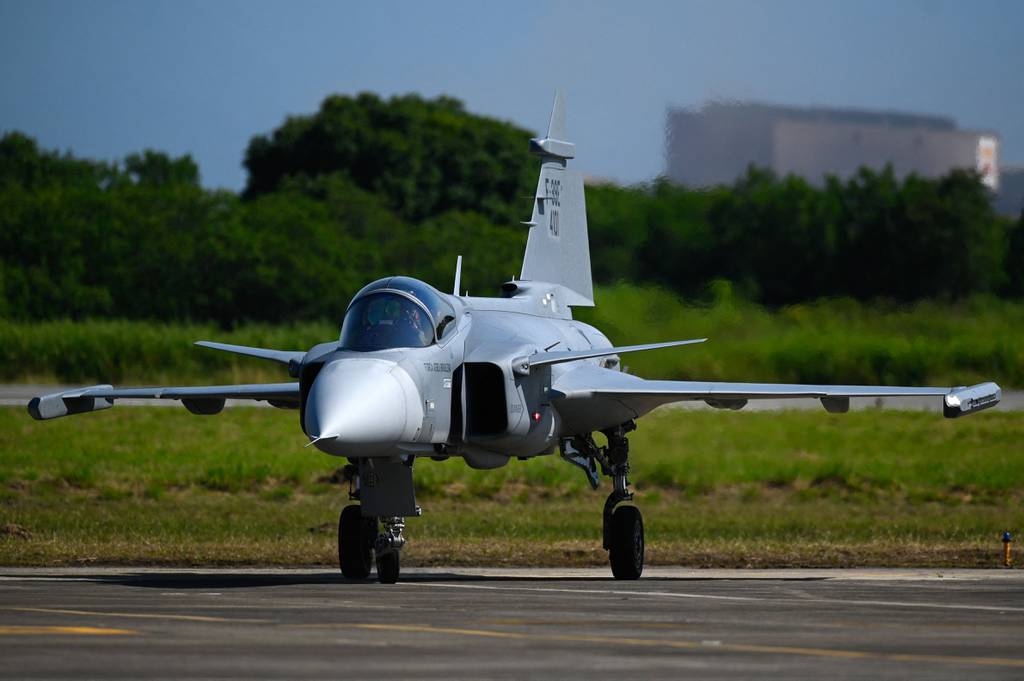 Correction: A previous version of this story included an image of an F-5 aircraft with an erroneous caption. The image has been changed.

SANTIAGO, Chile — Brazil is set to order four Saab-Embraer F-39E jets in addition to the 36 already purchased in 2014 under a $4.7 billion contract. The country is also considering ordering another batch of at least 30 F-39E fighters — the local designation of the JAS 39E Gripen NG.

Sweden’s Gripen NG was officially selected in 2013 to provide the Brazilian Air Force with an advanced, fourth-generation-plus fighter jet under the F-X program. The decision followed a protracted process launched in the mid-1990s, which suffered several delays and was at one point suspended by then-President Fernando Henriquez Cardoso in 2002. It was restarted in 2008 by then-President Luiz da Silva.

During the event, two F-39s — received from Sweden earlier this month, raising the number of F-39s delivered to Brazil to five — were presented and declared operational. The full delivery of 36 aircraft is expected to be complete in 2024, but some experts believe it could take longer.

A second large order of the Gripen is needed to achieve a minimum fleet of 70 new fighter jets, down from the original target of 100 aircraft under the F-X program, according to a local June 2021 new report citing de Almeida shortly after he took command of the Air Force.

No price tag was given for the additional order, but experts believe it will cost Brazil about $240 million, and a potential order for 30 more could cost between $1.8 billion and $2 billion.

The additional orders would make F-X one the most expensive military procurement programs in the history of South America, rivaled only by the PROSUB contract, awarded by Brazil to French shipbuilder DCNS (now known as Naval Group) in 2009 for four diesel-electric submarines. The deal included extensive transfers of technology as well as local design training for building a nuclear-powered boat.

The $4.7 billion contract signed in 2014 for the Gripen jets included not only the procurement cost of the first 36 aircraft but also a high degree of technology transfer and industrial investments for assembly and parts production in Brazil.
The testing and integration of the systems and weapons that will equip Brazilian Gripens is ongoing. Weapons include the advanced IRIS-T short-range, infrared-guided air-to-air missile, developed and produced by Diehl Defence of Germany, as well as the beyond-visual-range air-to-air missile Meteor, made by European consortium MBDA.
You must log in or register to reply here.
Similar threads
USAF losing confidence in Boeing
USAF 57th Wing Commander unveils new scheme for F-16 Aggressor
USAF's Next Generation Optionally Manned Bomber Development is Gathering Pace
AJT/T-X Advanced Combat Trainer program for USAF
Share:
Facebook Twitter Reddit WhatsApp Link