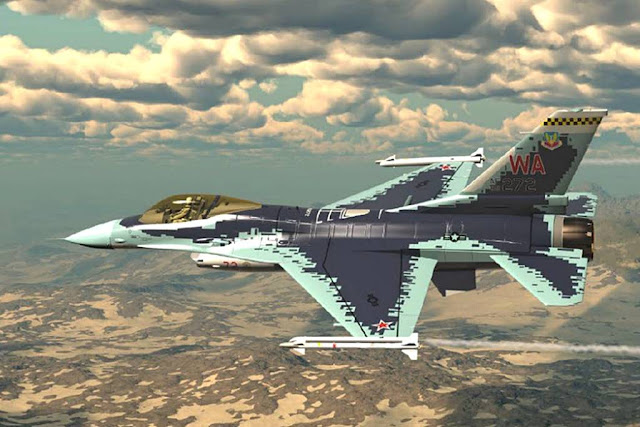 USAF 57th Wing Commander unveils new scheme for F-16 Aggressor.
On November 6, 2018, the 57th Wing Commander, Brig. Gen. Robert Novotny, announced on his Facebook page that he was looking for a new "cool" color scheme to be assigned to an F-16C of the 64th Aggressor Squadron (64th AGRS).
"Team - we have a problem. One of our Aggressor Vipers needs a new paint job. I'm thinking about asking for your help and YOU give me the new design. Would need to be relevant, representative of the threat, and of course completely COOL. Are you interested? Ask your friends and share this post. Details to follow if you like the idea," he said.

On November 11, 2019, he announced the winner. The 64th AGRS team evaluated the proposals of the two semi-finalists and chose the digital color scheme like the one that Russia has assigned to its fifth-generation Su-57 stealth fighters (previously known as T-50 or PAK-FA).
"WINNER! Team - thank you for your help narrowing down our choices. I took the two semi-finalists to the Aggressors and they are going to go with the Su-57 digital paint scheme. Do you like it? Time to get the design / paint going. Stay tuned for a time-lapsed paint job and an official roll out soon," he said.