The Impact of Climate Change on National Security

Created this thread to assess the impact of climate change on India's national security.

Posting an article showing what the Pentagon thinks on US National Security.

The reason why I believe that this will be important is due to our eastern neighbor, Bangladesh. It is estimated that around 20% of Bangladesh's population will be displaced due to Climate Change by 2050, or around 50 million people. Considering that India borders Bangladesh on three sides, and Myanmar's hills are hard to cross, India will have a massive refugee crisis on our borders by 2050 on the likes we did not see even during Partition.

Another major problem for India due to Climate Change will be Pakistan. While it has been generally stated by BJP leaders including the Prime Minister that the IWT must be removed or bypassed altogether, this creates another net negative effect for us. Water scarcity in Pak might result in Pakistan facing massive water shortages, where the trial for this was seen in Karachi in 2018. This, on a much bigger and more widespread scale would create Pakistani climate refugees. Considering that Kashmir is not passable due to the mountains, while Rajasthan and Gujarat are impassable due to deserts, the only state left would be Punjab, where tens of millions of Pakistanis can be expected to storm in as refugees.

Climate Change might end up becoming the biggest national security threat for India in the next few decades. Do note that I haven't mentioned internal displacements due to climate change. Several Indian cities are also becoming water-starved, though not at the level of Pakistan, and will not reach those levels in the future. However, a contingency is required for this.

This is massive, to say the least.

A few excerpts, to show how crucial this will be for India:

India already has a research station in the Arctic, Himadri, for the research work. India received the “observer” country status in the Arctic Council in 2013 and is one among the 13 countries across the world, including China, to have that position. The status was renewed in 2018.

Former president of Iceland, Olafur Ragnar Grimsson, in a lecture in 2020, had noted that India’s interest in a “faraway place”, the Arctic, is justified because “the future of India, will be, to a large extent, determined by the Arctic and the future of the Arctic will also be determined by what takes place in India and other Asian countries.” Noting that the Arctic is “extraordinarily rich in energy resources and ocean resources”, he had said that “over 20% of Russian exports earning now come from the Russian Arctic.”

India’s draft Arctic policy is not oblivious to this fact and perhaps that is why, in addition, to focus on the research in the Arctic region, it focuses on economic and trade opportunities including that related to hydrocarbons.

“The Arctic is the largest unexplored prospective area for hydrocarbons remaining on earth. India’s current investment in Russia is $15 billion in oil and gas projects. There are similar opportunities in other Arctic nations as well,” said the policy while noting that the region contains reserves of “mineral deposits—copper, phosphorus, niobium, platinum-group elements and rare earth.”

The Indian government has already announced its intention about its participation in Russia’s major new oil project being developed by the Russian national oil company Rosneft.

“Although these resources are becoming increasingly accessible, surveys need to be conducted to assess their full potential. Environmental and social impacts due to increased human activity also need to be taken into consideration,” the policy stated.

It emphasised that renewable energy (hydroelectricity, bioenergy, wind power, solar, geothermal, and ocean energy) and microgrids play a critical role in Arctic and sub-Arctic regions and that “the potential for exploiting renewables to power the Arctic is enormous.”

The Arctic has massive amounts of natural resources, including hydrocarbons, and several rare-earths, things which India is going to need more of in the future. Russia is, as of this point, the biggest player in the Arctic. China, Russia, the US, Denmark, Iceland, Norway and Sweden are competing to extract resources, but the release of a draft policy by the GoI shows the interest they are showing in the Arctic. The resources here are massive. I am repeatedly using this word, because the amount of resources, which India needs as much of, are present in the Arctic.

Another reason why the Arctic and its melting is important for India, is due to Russia. To understand how the Arctic figures into the Russia-India-China calculus, I have attached another article:

Russia and China are increasingly cooperating in the Arctic. However, Russia is finding this highly undesirable, due to the increasing Chinese population in Siberia, a potential debt-trap, and the stakes being highly in favor of China. China has historically claimed the region of Siberia and Vladivostok, which the Chinese call Haishenwai, which was annexed by the Russian Empire after the Second Opium War in 1860. Fears in Russia due to the growing influence and power of China, coupled with a future clash with China, have resulted in private, and sometimes public discomfort with the growing closeness of Russia-China relations. A few more links about this here:

And a quote for my line regarding the private Russian discomfort with China,

"When in 2012 Russia established a Federal Ministry for the Russian Far East, then-President Dmitri Medvedev warned of the danger of Russia’s Asian territories becoming a mere “resource appendage” of China."


For Russia, India has always been an ally, with no conflicting interests anywhere. India's purchase of the
S-400 Triumf, coupled with the refusal to impose sanctions on Russia, show that India and Russia do not have conflicting interests. As Russia is becoming increasingly dependent on China for monetary reasons, India must move in to fill that gap, by diversifying India-Russia trade from solely defense today, to the Arctic. India gaining a stake in the Arctic, particularly in the mining of resources like platinum, niobium and other rare-earths, would not only provide India with a stake in one of the world's new frontiers, but also enable India to reduce Chinese influence in Russia. Investments in the Russian Far-East would not be a matter of discomfort for the Russians, due to no irredentist claims by India in Siberia, but also because India is more reliable than China when it comes to providing loans and lines-of-credit. India is also not(yet) a major competitor for Russia in any of its primary sectors.

India-Russia collaboration in the Arctic and in Siberia will therefore have three advantages for India, 1. the diversification of India-Russia ties, thereby reducing the fragility of our relationship, 2. India gaining large amounts of much-needed resources, and 3. Reduce Chinese influence over Russia, which Russia would prefer due to their mutual conflicts.

A possible obstacle would be Russia-US relations, and the sanctions on Russia.

A few more articles to end this:

Only thing that is worrying me about the rising sea levels is those bangladeshi naags coming to India when they go underwater.

We don't have to worry too much, we have plenty of land to resettle people from coastal areas.

Nationalist Manasvi Papa said:
Only thing that is worrying me about the rising sea levels is those bangladeshi naags coming to India when they go underwater.

We don't have to worry too much, we have plenty of land to resettle people from coastal areas.
Click to expand...

What are you going to do when 40 million people come down on our land? It is practically impossible to fend them all off. I seriously hope GoI has a plan, and are working towards a solution.

Yes, climate change has an impact on National security / civil unrest. Other than the obvious ones that are most talked about like sea level rising which everyone keeps focussing on, there are much more obvious issues much closer to home.

-Current farmer agitation has an element of climate change crisis, notice how a manmade problem of depending on wheat and rice has turned into a security and civil unrest issue. Punjab farmers will have to weaned off their vicious cycle of wheat & paddy to save the soil as well as ground water for future generations.

- the frequent clashes between tamilnadu fishermen and SL navy/coastguard also has an element of manmade climate crisis. overfishing and depletion of fish resources in this area is what is leading to this issue.
Having said that, there seems to be conscious effort by GoI & some state govts to take necessary steps to mitigate the problems which ever way possible.

ex:
-BJP has bee keeping in their election manifesto, and done good job in encouraging bee keeping as an industry.
- river linking projects being done by various state governments will also help in mitigating some of the risks.
- focus on zero budget farming and organic farming is also a good thing.

there are many such examples.

DerBronzeLord said:
What are you going to do when 40 million people come down on our land? It is practically impossible to fend them all off. I seriously hope GoI has a plan, and are working towards a solution.
Click to expand...

Best solution other than killing them is to go China route i.e. make artificial land upon sunken land and since the water level wouldn't be too high, very little Earth would be required for this to work.

I feel we should connect Andaman and Nicobar Island chain using this process as that would make it a single land mass and no one would be able to complain since we are doing it in our EEZ. Same for Laksdweep Islands too and they are also at risk of sinking. 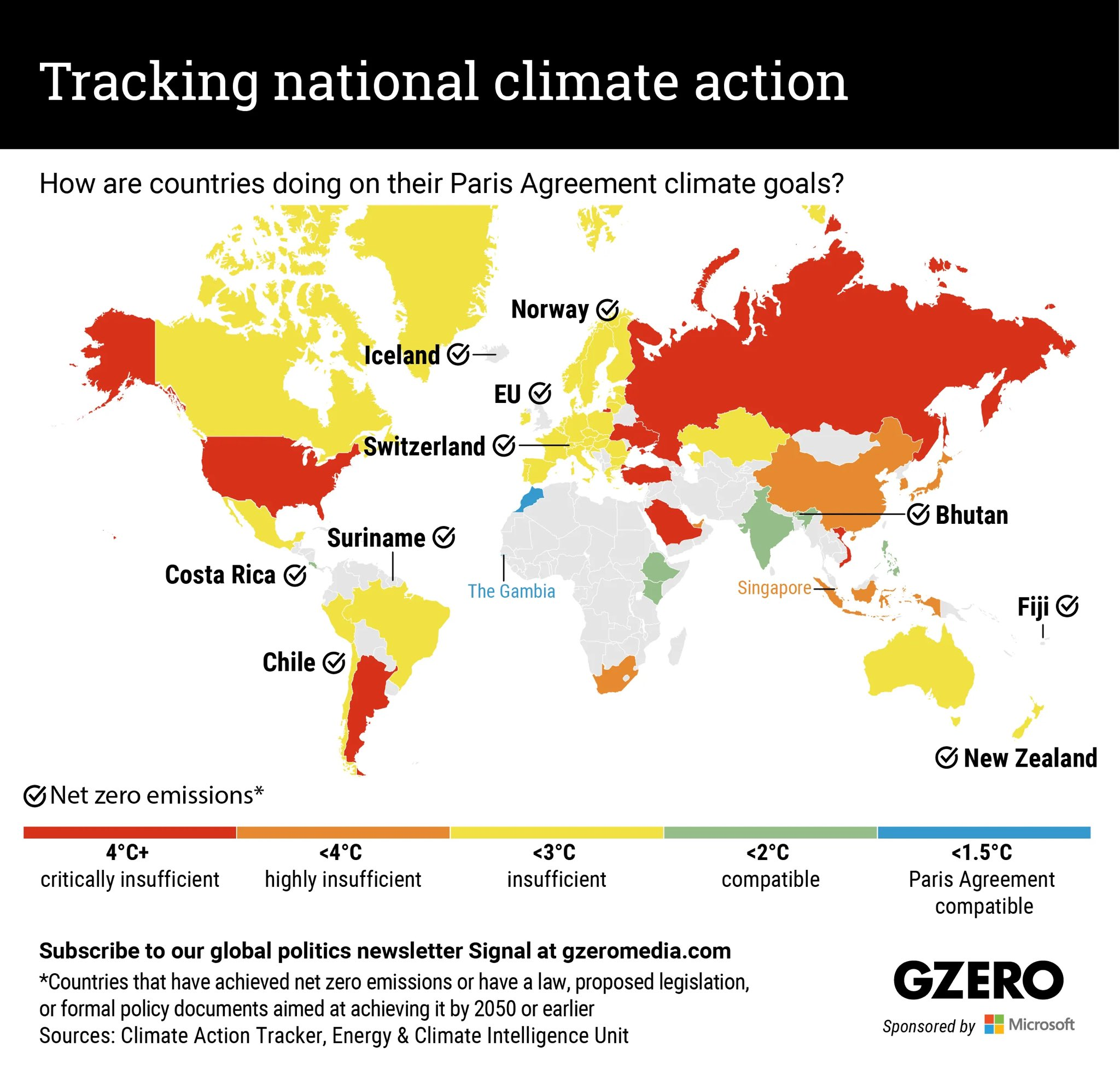