The Aeronautical Development Agency (ADA) controlled by the Defence Research & Development Organization has revealed to Delhi Defence Review (DDR) that it will now develop a Twin Engine Deck Based Fighter (TEDBF) for the Indian Navy (IN) instead of persisting with the development of a Mk2 variant of the LCA-Navy (NLCA) design. TEDBF is being projected to enter service with the IN in the early 2030s as a replacement for the existing Russian-built MiG-29K fighter. The program will run concurrently with ADA’s other programs such as the Medium Weight Fighter (MWF) and the Advanced Medium Combat Aircraft (AMCA) projects and utilize developments from them. The project definition phase (PDP) for this program began in September 2019 itself. A TEDBF mockup is likely to be shown at Aero India 2021, according to ADA.


So, why was the NLCA Mk2 effort abandoned in favour of the TEDBF?
The IN joined the LCA program in order to develop a fighter aircraft for its future aircraft carriers. As part of this effort, ADA was tasked with modifying the baseline LCA design meant for the Indian Air Force (IAF) with a view to making it suitable for naval use. Arrested landings on a carrier bring a high-speed fighter aircraft to a dead stop within a few hundred meters unlike what obtains on a traditional runway at a land-based airstrip. To handle the intense additional stresses likely to be experienced during carrier landings, the undercarriage of the IAF version had to be greatly strengthened, even though the overall airframe was perhaps not modified to the same degree. However, this decision to not substantially modify the baseline LCA airframe led to a NLCA Mk1 design where the strengthened landing gear would ‘sprawl’ under its airframe. This in turn prevented the carriage of external fuel tanks ( or indeed any ‘heavy’ weapons) on the inboard weapons stations of the NLCA Mk1’s wings. This meant that only the centerline and mid-board weapon stations could be used to carry drop tanks, thereby reducing the payload flexibility of the design.

As a result, the IN leaned on ADA to develop a follow-on to the NLCA Mk1 design that would not entail such compromises and truly meet its requirements. For this purpose, Airbus (earlier EADS group) was roped in to provide design consultancy for what became the NLCA Mk2 project. However, the NLCA Mk2, a mockup of which was displayed at Aero India 2019, also failed to enthuse the IN and the service’s thoughts turned towards developing a navalized version of the AMCA. Nevertheless, it was felt by ADA that operational experience with a naval 4th generation fighter was very much needed before developing a next generation fighter for a naval environment. After several rounds of deliberations involving the IN and ADA it was mutually decided that the latter would instead develop a fourth-generation ‘plus’ twin-engine fighter, likely powered by the GE F-414 to meet the IN’s requirements. Thus, was born the TEDBF project.

Update on NLCA Mk1 Arrested Landing Tests
Meanwhile, even as the TEDBF project goes through its initial paces, the two existing NLCA Mk1 prototypes have carried out several arrested landings at the Shore Based Test Facility (SBTF) located in INS Hansa. These arrested landings, which are still underway, are being used to test various scenarios with more than 15 such landings taking place since mid-October 2019. The very first such ‘night’ landing was performed on November 13, 2019. As mentioned earlier, the stresses encountered by the airframe during such arrested landings is incredibly high. Remarkably, in all the tests so far, the only item to have detached has been a pilot’s visor, unlike troubles encountered in other programs. Incidentally, the NLCA Mk1 prototypes have a programmed ‘Bolter’ mode which enables automatic-takeoff in case of a missed trap during landings. In the event of a missed trap the aircraft automatically retracts its tail hook i.e. without the need for any pilot input. This feature was actually tested prior to arrested landing tests at SBTF.


In any case, landings at the SBTF account for only the first phase of trials. After all, during an actual landing on a carrier, an aircraft would experience significant headwinds (usually 10-15 knots) which are a rarity at the SBTF. On the other hand, aircraft landing at the SBTF experience 2-3 knot crosswinds which are not encountered at sea since the carrier sails into the wind. All this indicates that there is a not insignificant difference between an arrested landing at the SBTF and one on an actual aircraft carrier operating on the high seas. Nevertheless, once the series of tests at the SBTF are complete, studies will be performed to investigate the wake-characteristics of an aircraft carrier, since any aircraft landing on it would have fly through the carrier’s own wake prior to hitting the deck. This will be followed by carrier landing tests in calm seas which are likely to take place in December 2019. Further testing will continue based on carrier availability.

Coming back to the TEDBF, it can be said that the design is not going to feature the LEVCONs seen on existing NLCA Mk1 prototypes as their use has been found to be sub-optimal. LEVCONs require large sized actuators to maintain a zero degrees position during level flight at high speeds. Besides, failure at such high speeds would result in an unmanageable pitch-up moment. Also, modelling airflow behaviour at extreme deflections was found to be troublesome. Instead, the TEDBF is likely to use vortex flaps. Indeed, the NLCA Mk2 mockup displayed at Aero India 2019 also featured vortex flaps instead of LEVCONs. In case of failure, ADA says vortex flaps will remain in a safer natural position and will not require large actuators as is the case with LEVCONs. As such, some Tejas test units may be fitted with fixed vortex flaps to gather data for informing the TEDBF design.

Sriram Thiagarajan is a Senior Editor at Delhi Defence Review

Buying Rafael-M and concentrating on N-AMCA will be a better option. 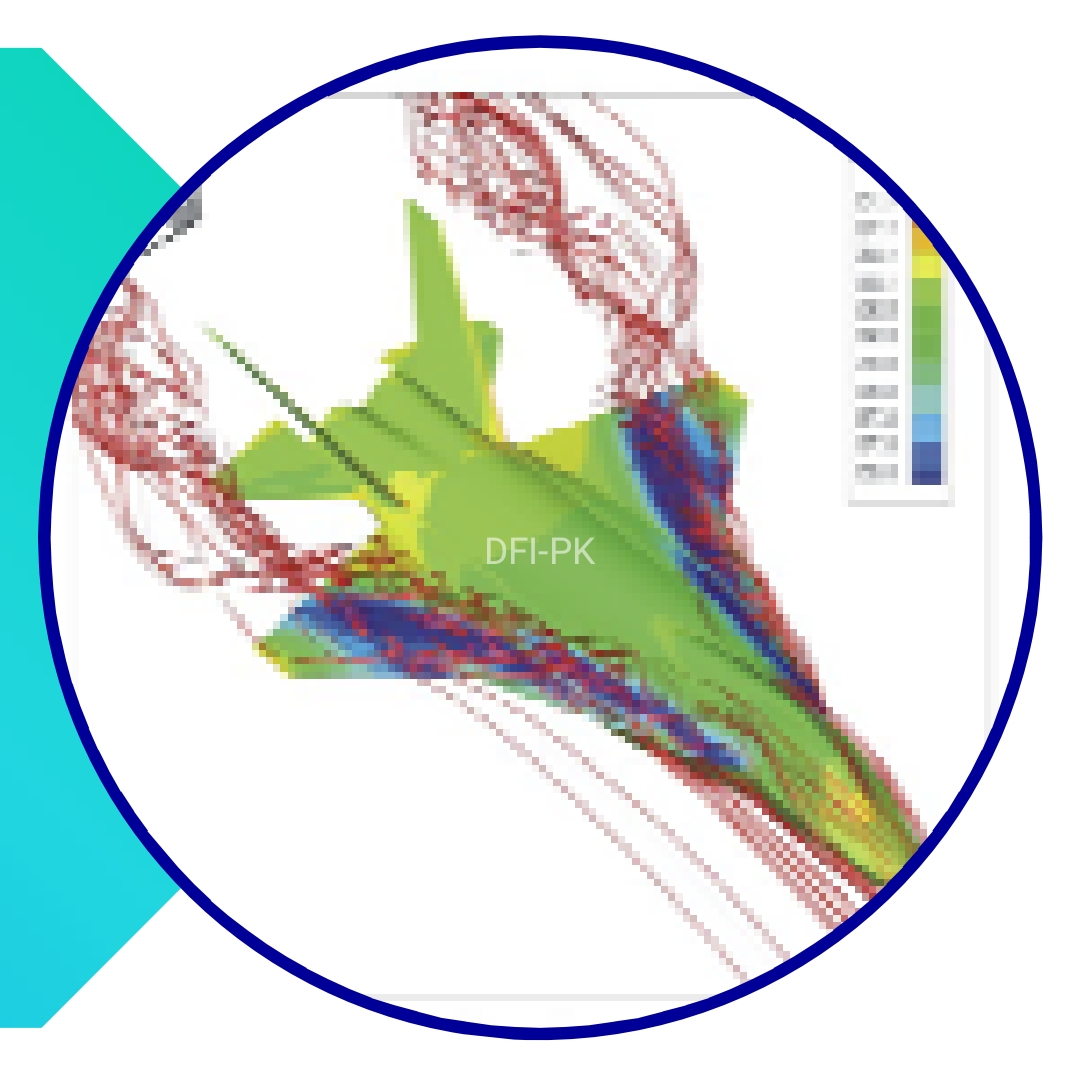 It is one of the AMCA preliminary models
It has features like rear stabilators , LERX for vortex generation , which are desirable in a carrier based fighter and it is twin engined.
With other necessary changes for optimized carrier ops it will serve the purpose nicely.

Tejas mk 2 is going to be twin engine fighter now.

The Ultranationalist said:
Tejas mk 2 is going to be twin engine fighter now.
Click to expand...

MWF & this one is different,but it is good we are designing are own crafts ,with three programmes running in concurrently it shows govt trust & funding for DRDO 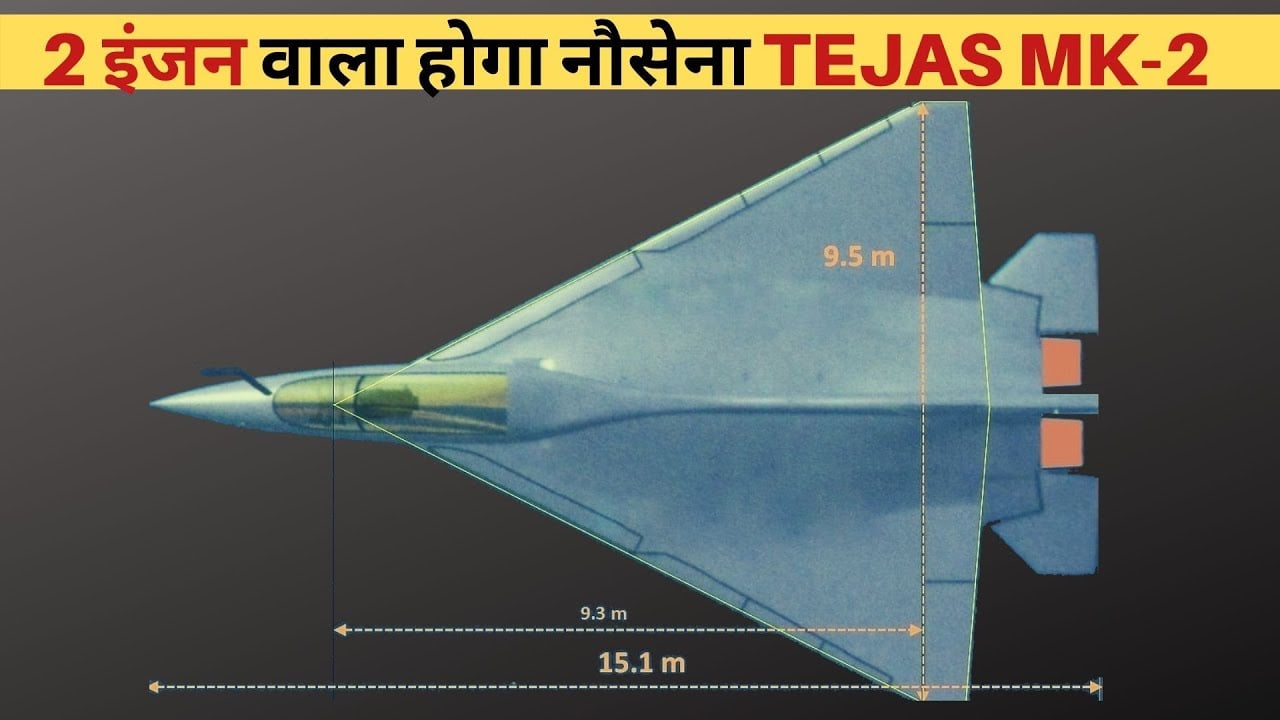 aarav said:
MWF & this one is different,but it is good we are designing are own crafts ,with three programmes running in concurrently it shows govt trust & funding for DRDO
Click to expand...

Govt trust will last only as long as BJP at the helm.

This is too much to take anything official yet?

This is going to stretch our limited resources. It could be AMCA without all the bang perhaps.

Aashk said:
I don't think TEDBF will be a twin-engine Tejas
Replacement of mig means foldable wing which Tejas does not offers(imo) it will be a complete new design or earlier MAC designs which looked like f-18
Click to expand...

He meant that it won't be based on stretched Tejas but F 18 like new design instead.

Anyway foldable wings had nothing to with Tejas though and it is too much to take for me now. How are they going to complete these project on time?

One thing is sure Tata bye bye Rafale and F 18 for Navy .

Thanks, i know this I mean it might not going to be a tejas varient

In my opinion this is a wrong move. We must understand that it's simply not economical for us to fund 3 diiferent projects. AMCA project approval ke liye funds mushkil se mil rahe hai now why this.

We should have tried building a naval variant of AMCA itself.

What's the use of bring a 4th gen aircraft in 2040 timeframe. For the airforce it's fine but the navy has a lot less aircraft and it's better to have a few top notch AMCA.

We should aim for commonality we don't have a huge budget we must save where we can.
I feel that either naval amca or rafale M is the way.

We must be transforming our naval aviation wing into a force to reckon with NAMCA and ghatak drone naval variant is the way forward.

Aashk said:
I couldn't able to find old photos of MCA where it exactly looked like f-18
Click to expand... 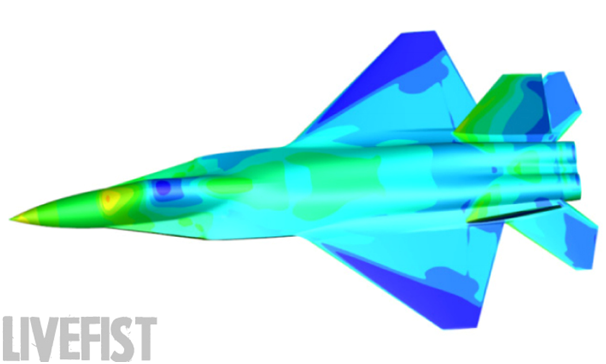 Please enter a message with at least 30 characters.
Click to expand...

Gautam sir there are MANY FANS OF YOU INCLUDING ME HERE TOO.
So, enjoy posting here.
Anyway your description on aircraft engines of india I read in strategic front was really pleasing to the eyes.
What do you think of sce-200 and future sce-400 engine?

I think we are overstretching ADA with this one.
They have Tejas mk1a,MK2 MWF for the air force,Mk1 navy going trials and AMCA,Ghatak.

Plus where do we plan to keep these fighter jets?
We already have 40 mig-29k and 57 MMRCA navy planned and that covers us well for 3 carrier force.
Plus a production run of less than 200 jets is just not economically feasible idea.

I also agree it's a lot of programs they want to handle - LCA marks, SPORT, AMCA, N-AMCA, Ghatak, etc. Even worse is the production side of things. HAL is going to manage all of this, their programs, and their license production programs? Private sector should be brought in to bring in some relief other than just producing modules. Full on integration work needs to deemed from the start.
R