http://saudigazette.com.sa/article/...-defense-intercepts-missile-attack-on-airport
Civilians sit in the rubble of their former neighborhood following a flag raising ceremony at the entrance of Hajar Al-Aswad on the southern outskirts of the capital Damascus on Thursday, after the regime seized the Yarmuk Palestinian camp and adjacent neighborhoods of Tadamun and Hajar al-Aswad from the Daesh group. — AFP

BEIRUT — Syrian state media said a military airport near Homs city had come under missile attack which was repelled by its air defense systems on Thursday.

"One of our military airports in the central region was exposed to a hostile missile attack, and our air defense systems confronted the attack and prevented it from achieving its aim," state news agency SANA said.

SANA earlier reported sounds of explosions heard near the Dabaa airport, about 20 km (12 miles) southwest of the central Syrian city of Homs and 10 km (6 miles) from the Lebanese border.

Syrian state media did not comment on the origin of the missile attack.

Lebanese group Hezbollah are turning Syria into a new front against it, has struck targets in the country many times during the war, hitting the Syrian army,

Syrian Observatory said troops belonging to Iran and other militias allied to Syrian President Bashar Al-Assad are stationed in the Dabaa military airport. It had no information on casualties..

Pentagon spokesman Lt. Col. Kone Faulkner, when asked about reports of the attack, said the US-led coalition fighting Daesh (so-called IS) in Syria did not carry it out and the coalition does not target Syrian government positions.

A dozen pro-regime fighters were killed in an air strike on Syrian army positions a monitor said Thursday was carried out by the US-led coalition, but the Pentagon denied the report.

Syrian state media reported the overnight air raid in an area where both sides have been battling holdout jihadists, but said it only caused material damage.

Syrian Observatory, which relies on a broad network of sources across Syria, said the strike had hit army positions south of Albu Kamal, a town on the border with Iraq.

"At least three vehicles were destroyed by the strike," said Observatory chief Rami Abdel Rahman. He said the 12 pro-regime fighters killed were not Syrians, but he could not provide more details on their identity.

A military source quoted by state news agency SANA said "some of our military positions between Albu Kamal and Hmeimeh were hit this morning in an aggression by American coalition warplanes". — Reuters 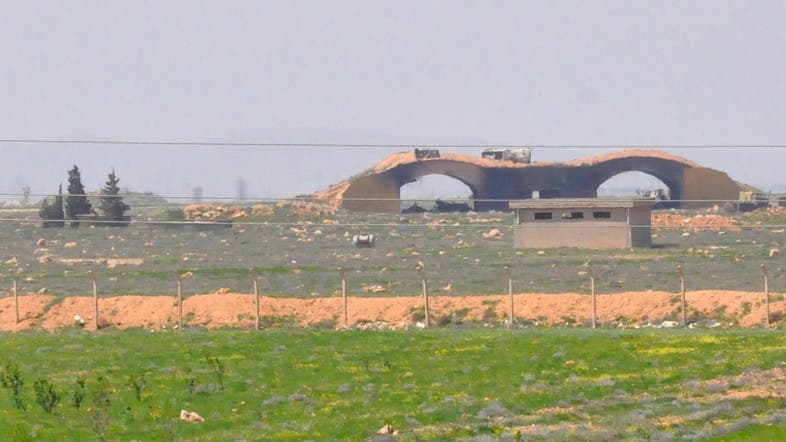 A picture taken on April 7, 2017 shows a view of the damaged Shayrat airfield at the Syrian government forces military base targeted by US cruise missiles, southeast of the central and third largest Syrian city of Homs. (AFP)


Syrian state media said on Thursday a military airport near Homs was subjected to “missile aggression” and was intercepted by the Syrian air defense system before it reached its target.

"One of our military airports in the central region was exposed to hostile missile aggression, and our air defence systems confronted the attack and prevented it from achieving its aim" state news agency SANA said.


SANA earlier reported sounds of explosions heard from near the Dabaa airport near the city of Homs.

Earlier, a Syrian war-monitoring group said at least 12 pro-government fighters were killed in airstrikes the previous night in the country’s east.