WE face a big political puzzle. Sections of the establishment and their allies push unproven, even failed governance ‘panaceas’ but oppose proven governance ideas. They don’t do so from ignorance but simply as the former serve their interests while the latter undermine them though they serve the public interest.

The former include the presidential system, more provinces and proportional representation. These ideas are not inherently bad but there is little proof they will benefit us. In fact, they may increase conflict via centralisation, which is favoured by some. But other ideas are truly bad because they require invoking autocracy, eg. army rule, technocracy and hybrid regimes.

The latest idea enamouring many is the ‘Beijing Consensus’. Sages say it delivers fast progress with democracy at the bottom and meritocracy on top. Yet there is little proof it works in diverse states. China’s success thrives on the huge capacities and reach of its Communist Party. We have no comparable entity. Foreign models from very different states can’t be copied-pasted. Ayub’s similar model of local democracy and a federal technocracy delivered elitist growth and the 1971 war. But some still praise it as it serves their interests.

Unfortunately, they ignore ideas which work quite well in states like ours regionally and that are slowly becoming the ‘Saarc Consensus’. These include democracy, the parliamentary system, civilian sway, no role for military or faith in politics and regular free polls.

Almost every Saarc state is moving towards democracy.
Click to expand...

The model started in India and Sri Lanka. Others have slowly overcome their own threats to democracy to adopt it. The threats included absolute monarchies in Nepal, Bhutan and the Maldives, which ended in Nepal after a long Maoist war, in Bhutan via monarchy-led reforms and in Maldives via assembly action. Nepal also averted the Maoist threat to democracy as its Maoists embraced democracy. In Bangladesh, the threat was from army forays that ended. We have parliamentary democracy but military forays have rigged the system. Finally, Afghanistan frees itself from one threat only to face a new one: monarchy, communism and now the Taliban.

Yet almost every Saarc state is moving at some pace towards democracy. The three most developed ones (India, Sri Lanka and Bangladesh) are wedded to parliamentary democracy which has given them some progress despite corruption and dynastic politics. So are Nepal and Bhutan. Presidentialism exists only in Afghanistan and the Maldives. Only one Saarc military is still into politics and states other than Afghanistan and Pakistan are formally secular. True, not even India has grown like China with this model. But Saarc states are very different from East Asian ones. They cannot grow faster by copying East Asian autocracies and would, in fact, suffer badly under them due to their greater diversity.

The situation even politically is not perfect. Bangladesh is crushing its opposition. Extremism is rising in India and threatens its progress and delicate social fabric, as with us. But Indian extremism is more puzzling. Here, establishment elements and external powers like the US and Saudi Arabia played a key role in fanning societal extremism. Pakistan was created in the name of faith and has been globally less integrated. Working on these issues could reduce extremism. But India was made on a secular promise and is facing increased extremism despite decades of growth and global integration. Its extremism has been fanned by political forces with no input from non-political or external forces and thus is more home-grown and structural.

Despite all this, power resides largely with politicians in all states and there is little chance of the end of electoral democracy or even a hybrid system, except in Afghanistan and Pakistan.

The logic for autocracy is fed via stories of sleaze by Nawaz Sharif and Asif Zardari destroying our economy, most recently via the Broadsheet case. But it oddly destroys this political economy myth as it estimates the Sharifs’ global wealth at around $800 million. Even if every penny of it were from sleaze, that comes to around 0.02 per cent of our total GDP for the years the Sharifs ruled. It weakens the legal case by showing that 75pc of the assets are in Pakistan known to NAB. Yet NAB has failed to prove any wrongdoing while cases on foreign assets are stuck in courts.

That still leaves the common-sense evidence from credible sources that leading politicians in all main parties, even the PTI, have committed sleaze even if court-quality proof is missing. Thus those wedded to the rule of law should shun them all and support smaller clean parties. Yet that gives no grounds for shunning the Saarc democratic consensus and chasing autocratic panaceas. That is the moral from the Urdu idiom about the crow which lost its own gait in copying swans. 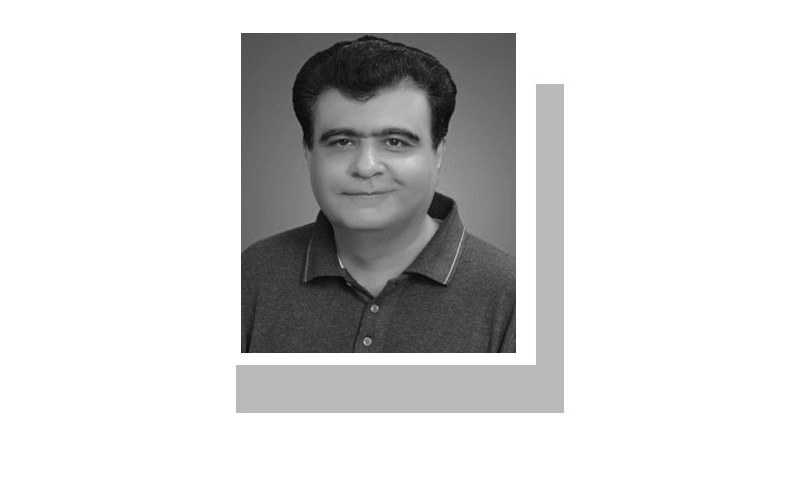 Almost every Saarc state is moving towards democracy.
www.dawn.com
V

The editor is Pakistani but advocating a SAARC concensus. So I thought it would be relevant to post.

Villager said:
Almost every Saarc state is moving towards democracy.
Click to expand...

Not really, Afghanistan is showing no signs of improvement. Pakistan is moving towards being more stringent theocracy with incorporation of more religious obligations in general law (no matter how much PTI whins calling itself a centrist party), it's already a military ruled state de facto, Bangladesh is increasingly leaning towards providing Islam an official status from a special one, India is moving towards from a federative country to unitary state with technocratic committee like China where elected government has little relevance, Nepal is turning into a Marxist-Leninist state like North Korea and Sri Lanka is turning into an unruly one like Latin America.

Villager said:
WE face a big political puzzle. Sections of the establishment and their allies push unproven, even failed governance ‘panaceas’ but oppose proven governance ideas.
Click to expand...

This case only lies with Afghanistan and Pakistan. Rest have been mostly stable.

Villager said:
In fact, they may increase conflict via centralisation, which is favoured by some. But other ideas are truly bad because they require invoking autocracy, eg. army rule, technocracy and hybrid regimes.
Click to expand...

History is evident that prolonged federative parliamentary systems create evergreen instability and conflicts in nation and centralisation of power solves everything after one off.

Not that democracy isn't necessary but making system ungovernable in attempt for inclusion has only made situations complex.

Villager said:
Unfortunately, they ignore ideas which work quite well in states like ours regionally and that are slowly becoming the ‘Saarc Consensus’. These include democracy, the parliamentary system, civilian sway, no role for military or faith in politics and regular free polls.
Click to expand...

There is no SAARC concensus. This is just inheritance of old British Westminster system. This is no way comparable to Beijing Concensus either where all placed are integrated under one national flag. The day India broke, it was certain smaller states will either collapse or fail in socio economic and strategic aspects sooner or later as compared to bigger state.
You must log in or register to reply here.
Similar threads
Pakistan seeks bigger Saarc to counter India’s influence
India to boycott 19th SAARC Summit in Pakistan
Let’s shun Saarc meet in Pakistan, Afghanistan tells India
India's SAARC satellite project to proceed without Pakistan
Share:
Facebook Twitter Reddit WhatsApp Link