Do you ride one of these?
Apparently "People love that old-school, retro Indian army look"

Barely ten years after being on the brink of bankruptcy, the 80 year old Enfield, named for its association with London's Royal Small Arms Factory, has sold more bikes than at any other time in its history.

Company officials said it sold just under 80,000 motorbikes last year – almost four times its sales figures of a decade ago – as a new generation of Indians have fallen in love with its retro style.

Since the late 1960s, it has won admirers throughout the world who associated its high handlebars, low-slung seat and rasping engine with the hippy dream of riding the high-altitude switchbacks of the Himalayan foothills.

But according to the company and specialist Enfield touring companies, it is its Indian military association which has brought thousands of new customers.

The Enfield was originally brought to Madras in southern India in the 1950s from the Midlands where it had built sturdy, speedy bikes for British forces in the Second World War. Its first Indian orders were from the Army as patrol bikes for its border guards.

Ever since then, the Bullet has been a symbol of Indian pride and authority, the company's chief executive Venki Padmanabhan told The Daily Telegraph. "When people saw an Enfield on the road in the 1950s and 60s, it was either a military man, policeman, or the big man in town with authority," he said.

Its problem was that the bike was so heavy it needed a "big man" with mechanical skills to kick start it and carry out regular roadside repairs, he said.

His company's success came when they developed a lighter, modern and more reliable motorbike to meet Western emissions standards but found it appealed more to slighter and less mechanical riders who still aspired to the Indian Army hero image.

"The brand has always been strong in England, but it's deeply embedded in the Indian psyche as the big man's macho bike. Now you don't need to be a big man with mechanical skills to start it," said Mr Padmanabhan.

Many Indian bikers will be temped by Harley Davidson and Triumph, which have hope to capitalise on rising demand for powerful motorbikes among India's rising rich, but according to Mr Singh, Enfield will be protected by its Army image. "That's the kind of emotion you get. You feel like an army officer, looking cool. People love that old-school, retro Indian army look," he said.

I would like a new Norton or Triumph, but will more likely get a Royal Enfield.
T

The two stroke boys call it The Royal Oilfield for obvious reasons of course.
T

thats not water you see on the floor 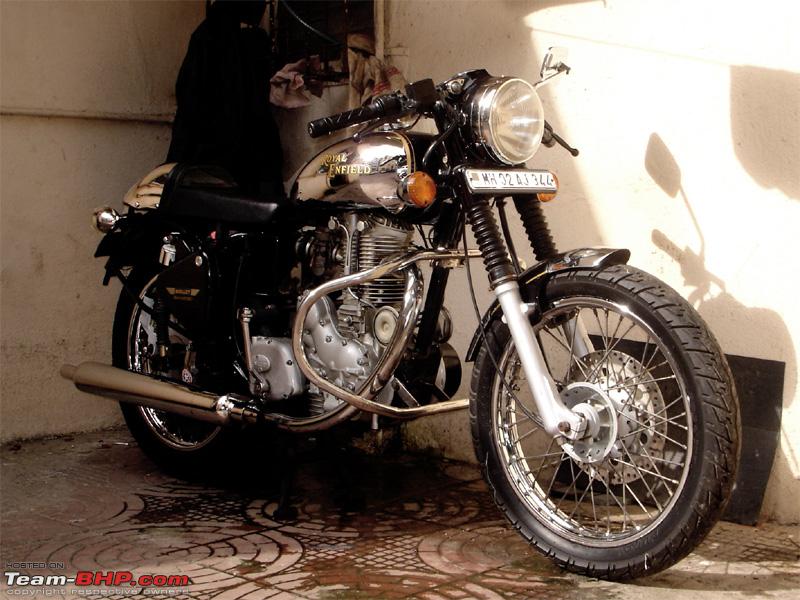 a real estate agent i know has one of these beauties

I had a Royal Enfield Bullet Electra 4S sold it during 2008. New Engine seems more reliable, yet does not have the "Thump" Bulleteers are used to.

I am a fan of both ... Royal enfield and Harley DAvidson, royal enfield has come up well - resurged in recent years. The traditional THUMP is the best part of RE.
W

john70 said:
I am a fan of both ... Royal enfield and Harley DAvidson, royal enfield has come up well - resurged in recent years. The traditional THUMP is the best part of RE.
Click to expand...

The newer bullets maintain that retro look but with better engine that suit contemporary times.

Thanks....on mobile at present will definitely see it.

Yes they are less oil leakers, same looking, and preserving the thump.

new ones..are they the same pushrod engines? the thump is missing more like valve clatter. some goes to put BSA Goldstar style silencers to get back the thump...but nothing can return the awesomeness of cast iron old school bullets.

I know it is trouble for patience-less people. old Bullets have separate gear box where gear oil is to be filled..while 20W50 engine oil and SAE 90(iirc) gear oil in a ratio must be put in engine oil compartment. it needs to be changed every 3500kms or less how easy?
Last edited: Apr 25, 2012

I live in Enfield, North London, but they neither make these beauties here anymore nor the Enfield rifles.

Full rights to the motor bike were sold to Chennai long ago:

Royal Enfield was the name under which the Enfield Cycle Company made motorcycles, bicycles, lawnmowers and stationary engines. This legacy of weapons manufacture is reflected in the logo, a cannon, and their motto "Made like a gun, goes like a bullet". Use of the brand name Royal Enfield was licensed by the Crown in 1890. The original Redditch, Worcestershire based company was sold to Norton-Villiers-Triumph (NVT) in 1968. Production ceased in 1970 and the company was dissolved in 1971.

The new bullet with the twin spark engine is a real pleasure to ride.
The only hitch is that it has a 6 month waiting period.

Also the gear changing remains to improved upon, till then I'll stay away from it.

Like all bullets, it had peculiar characteristics. If I wouldn't ride it for a month it would start leaking oil, battery problem and what not. I would ride it for 2 months averaging 80 kms everyday in the hot Delhi summer, and no problem. It was as if the machine wanted to take in punishment on the road rather than waste away in the garage.
W

The Suzuki Savage 650 was another "thumper" I considered.

trackwhack said:
The two stroke boys call it The Royal Oilfield for obvious reasons of course.
Click to expand...

Chennai have to fix these problems. They have a hell of a brand, and a hugh marketing opportunity. I know little about bikes, but during my MBA, they kept showing us the Havard business review case study on the Harley Davidson company. Harley nearly went bust due to poor quality control and disconnect with new customer requirements. However, the company took a leaf out of Toyota's lean manufacturing, just-in-time and quality control techniques, and is now a hugely successful company. Imagine what Royal Enfield can do with their brand - same as Tata has done with the Land Rover brand and is in the process of doing with the Jaguar brand (both previously owned by BMW but unsucessfully).

B.T.W. I cant seem to post images anymore. By a strange coincidence following W.G.Ewald's post on the Triumph, I went to a management consultancy that specialises in media clients. They had a Triumph on display in prime position in their foyer, as a work of art! I took a pic on my android but cant seem to post it.
W 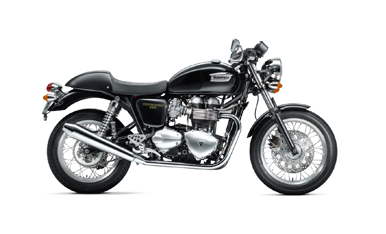 trackwhack said:
The two stroke boys call it The Royal Oilfield for obvious reasons of course.
Click to expand...

Trackie boy...your RD still has the 2t pump or do you pour jugs of oil into the tank? should we also talk about the 2t oil guzzlers here?