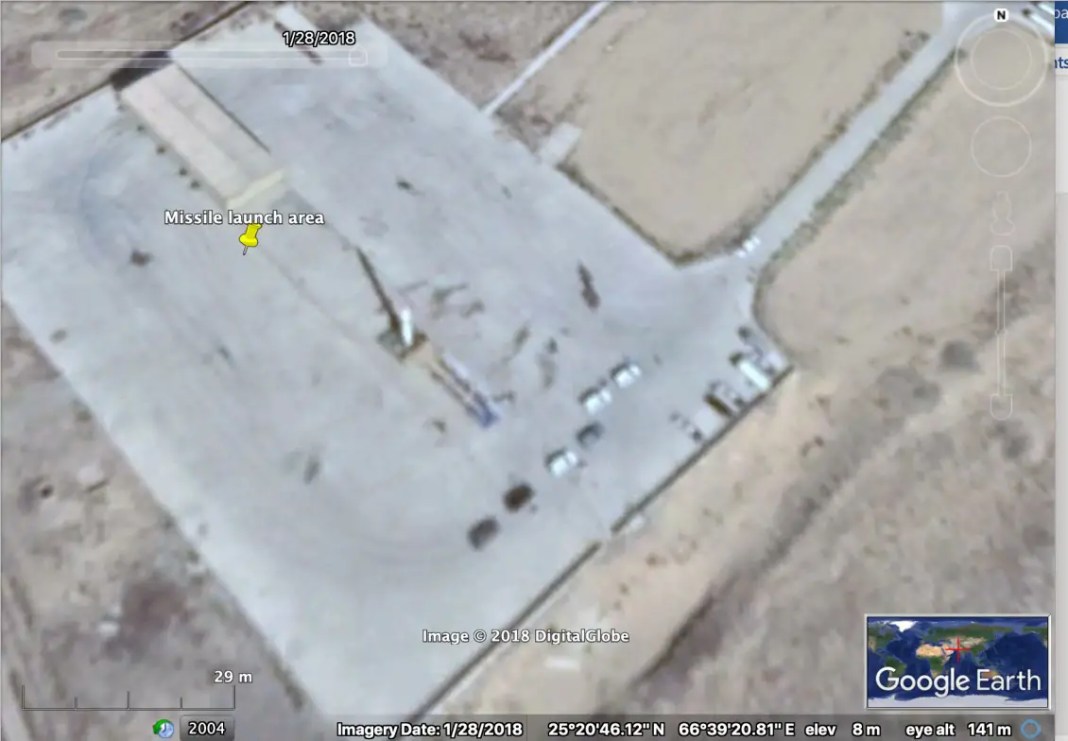 Unlike India’s indigenous ballistic missile development effort, Pakistan preferred to embark on a path that was predicated on acquiring missile technology from proliferating countries like North Korea and China. The Pakistani Ballistic missile programme has however not been fully successfully in absorbing the technology it may have received from foreign sources. An analysis of a possibly failed tests from late January 2018 reveals that not all is well with Pakistan’s solid-fuelled nuclear-capable ballistic missiles. But first, a brief history:

A Brief History
From North Korea, Pakistan obtained the 1200-1400 km range Scud missile derived No Dong[1]missile. The No Dong is a liquid propelled missile and Pakistani specialists received training in assembly and launch preparation operations for the same along with the transfer. More importantly, they may have received Reentry Vehicle (RV) technology as part of the deal. The No Dong was renamed as Ghauri[2] in Pakistan.

Pakistan had some prior experience with solid propellant rockets based on the sounding rocket technology obtained by SUPARCO from France in the 1960s. Despite the No Dong acquisition, the advantages of using solid propellant systems for missile application have long been evident to Pakistan and in the mid 1990s itself Pakistan had managed to import M-11[3] missiles while receiving alongside the technology as well as equipment and facilities necessary for taking up in house production of the same. The Pakistani nomenclature for this missile i.e. the M-11 is Ghaznavi/Hatf-3. It is speculated that China may have also supplied Pakistan with some units of the longer range M-9[4] missiles, based on which the Pakistanis developed the Shaheen-1/Hatf-4.

Using a mix of Chinese know-how and their own efforts, Pakistan has since developed newer classes of Shaheen missiles of varying ranges. Shaheen-1A and the larger diameter Shaheen-2 and Shaheen-3 are in this category. Pakistan also has flight tested a missile called Ababeel with Multiple Independently Targetable Reentry Vehicle (MIRV) capability. Ababeel also employs the lower propulsion stages used in Shaheen-2/Shaheen-3. All the missiles can field conventional or nuclear warheads. The Shaheen series of ballistic missiles are shown in figure 1 (Fig. 1) and their vital statistics are given in Fig.2 right below.

Now both India and Pakistan routinely carry out flight testing of their missiles as part of development, qualification and user training drills. While India uses the missile test range at Wheeler Island off the Odisha coast, Pakistan has missile test ranges at Tila in Jhelum and Sonmiani in Balochistan. For sometime now, Pakistan has been firing its long range missiles from the Sonmiani range (‘Winder’) into the Arabian Sea. For such flights Pakistan issues flight notices – notices to airmen/mariners (NOTAM) and these are available in the public domain. Also, Both India and Pakistan have an agreement for conveying pre-launch intimation to the other of a ballistic missile test.

Pakistani Ballistic Missile Tests
Though the year 2017 was a busy one for the Indian ballistic missile programme, Pakistan logged only one long range missile test (that of the Ababeel) during the same period. This, was somewhat contrary to the past trend of Pakistani ballistic missile tests matching Indian trials in terms of number of launches.

Be that as it may, in January 2018, it appeared that Pakistan was planning to carry out a long range test as can be inferred from the NOTAM[5]issued by the Hydrographer, Pakistan Navy on 25 January 2018. The area Southwest of Pakistani Coast designated as Navarea IX comes under the jurisdiction of Pakistan and the relevant NOTAM is reproduced below:

3. SHIPS NAD CRAFTS ARE TO KEEP WELL CLEAR AND NOT TO ENTER

From the NOTAM, the following information can be gleaned:

From Google Earth, the distance of the line joining coordinates C and D from the launch site is found to be 2850 km. Any missile planned to be launched during the aforementioned window would obviously have a range of this order. The range of the Shaheen series of missiles taken from the relevant ISPR[6] press releases are shown in the table below:


From the table it can be inferred that the range safety maximum distance of 2850 km corresponds to Shaheen-3 launch and this was the missile planned to be flown during the launch window. Google Earth imagery over Winder from 28 January 2018 also confirms that a missile was indeed on the pad ready for launch. The image is reproduced in Fig 3. below. 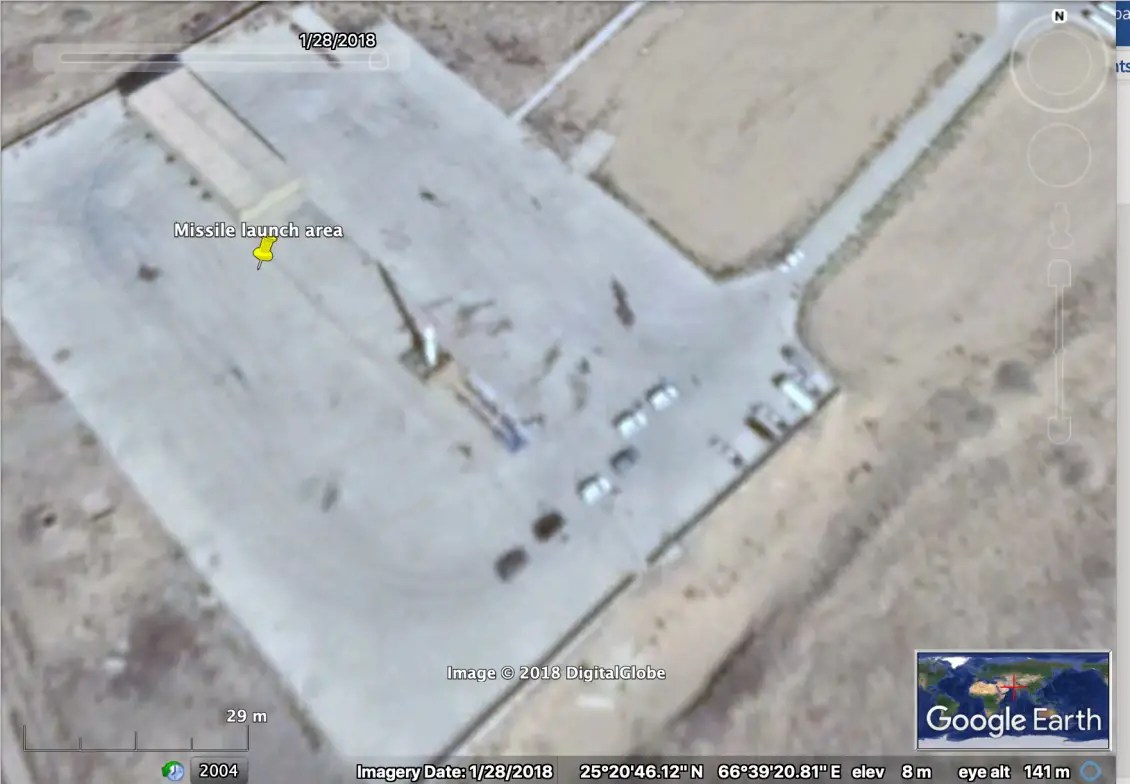 Figure 3: Shaheen 3 missile on launch pad at Winder on 28 January 2018. From Google Earth.

Normally, there is wide media coverage of a successful launch with ISPR as well Pakistan’s general media extensively reporting the event. In this instance however, there was a total absence of any coverage related to a successful launch during any of the launch window dates. Typically, after every successful launch by Pakistan, ISPR issues a press release to announce the same. The press release also typically names the dignitaries who may have been present for the launch besides providing an image of the missile in flight and a statement referring to the missile being nuclear capable. The press release as well as flight video is shared with the press.

So the total absence of such coverage during this instance i.e. the late January 2018 Shaheen-3 test throws the field open to speculation with two possibilities seeming likely:

Either the launch was called off due to technical reasons and did not take place or the launch took place and was not successful.

If the launch was called off due to a technical glitch in the flight preparations, the same could have been rectified and the missile would have been launched during the designated window. However, this has not been observed leaving one to speculate that a failure may have occurred either on the launch pad itself or during flight. Unfortunately, Google Earth historical imagery over Winder is not available for subsequent days to look for any signs of a launch mishap.

Moreover, even after a lapse of 10 months since the last launch window, flight testing of Shaheen-3 or any other Pakistani Medium Range Ballistic Missile (MRBM) has not taken place and this may be indicative of a problem with the Shaheen series of missiles itself. It may be noted that even in the past there have been developmental issues with the Shaheen class of missiles. Four tests of the Shaheen-2 were reported between 2004 and 2007 after which there was a lull for six and half years. Such long absence of testing of a crucial missile system can only be attributed to technical problems as analysed in an earlier NIAS report[8].

It is worthwhile to recall, that there is commonality between the stages of Shaheen-2, Shaheen-3 and Ababeel. Consequently, a problem in any of the flight systems of some of these missiles may have an impact on the overall missile family. This could be one reason why no Shaheen family ballistic missile flight has been scheduled by Pakistan since that last January 28, 2018 window and now. However, Pakistan did carry out a flight of the Ghauri[9]ballistic missile on 08 October 2018[10]. The Ghauri flight, the first since 2015 appears to be a make shift launch to compensate for the drought in the Pakistan ballistic missile launches in 2018. The launch was aimed at reassuring Pakistan’s domestic audience that its nuclear deterrence was active and also served to convey a message to the international audience that their ballistic missile programme was still alive.

Conclusion
From the available information and analysis, it would seem that the Pakistan long range ballistic missile programme is suffering from technical issues. It is known that liquid propellant missiles are not as well suited as solid propelled ones for survivable ballistic missile applications. In the normal course of things it would not at all have been surprising for Pakistan to have phased out the Ghauri missile in favour of the Shaheen 2. However, that has clearly not happened yet. Indeed, in the light of the issues they seem to be having, they are probably still dependent on the Ghauri, which will have to be around for some more years at the very least.

http://delhidefencereview.com/2018/...-overall-capability/#post-7809-footnote-ref-8
You must log in or register to reply here.
Similar threads
Possible SSGN for Indian Navy
Possible Terror Attack in Nashville, USA.
Stocking up for a Possible Indo-China War in Sept-Oct 2020
pakistan and blacklisting what are the possible outcomes.
Share:
Facebook Twitter Reddit WhatsApp Link