Many retired Gorkha soldiers in 6.6k to get J&K domicile

Many retired Gorkha soldiers in 6.6k to get J&K domicile

NEW DELHI: The past one week since the Jammu & Kashmir administration started issuing domicile certificates, over 6,600 applicants — majority of them retired soldiers and officers from the Gorkha community — have got the document that allows them to buy property and apply for jobs in the Union Territory.

In my tehsil alone, there are nearly 2,500 from the Gorkha community who had served in the Indian Army and their families who got domicile (about 3,500 have applied). There are quite a few from the Valmiki community also,” said Dr Rohit Sharma, tehsildar of Bahu in Jammu. 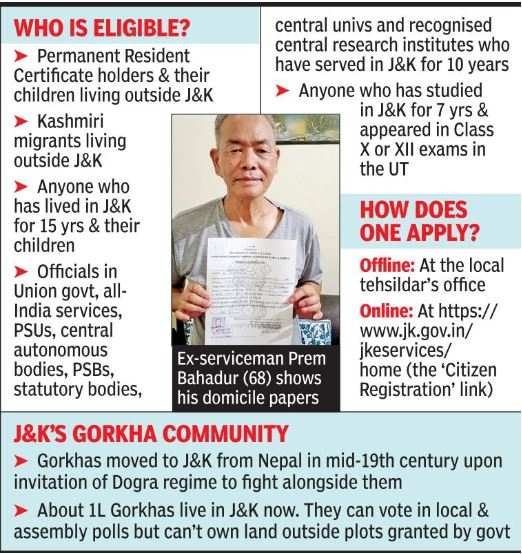 Valmiki community members were brought to the state in 1957 from Punjab after local sanitation workers went on a strike. It was the protest mostly by four groups — Gorkha servicemen, Valmikis, West Pakistan refugees and women who had married outside J&K -- that had been at the centre of the decision to expand domicile criteria in the Union Territory. 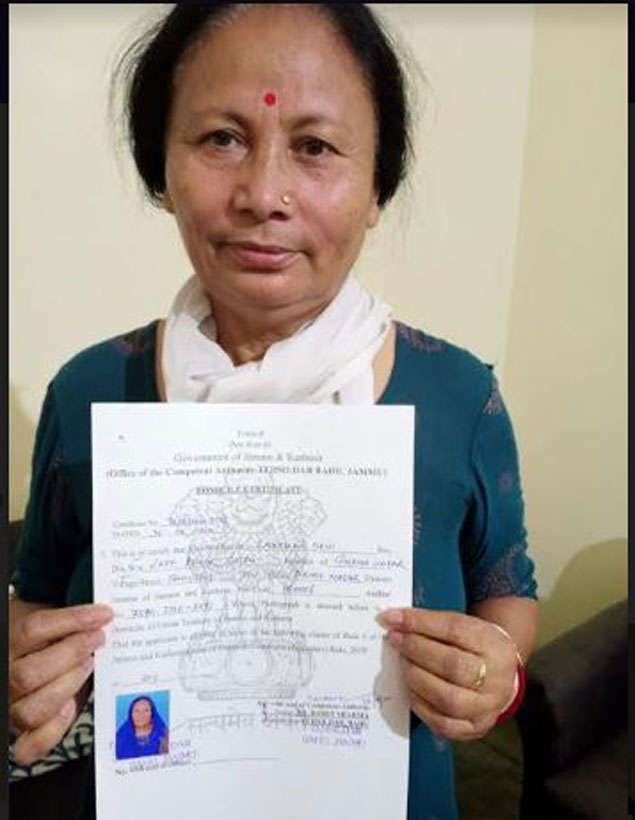 Lakshmi Devi, 72, a widow, of Gorkha ethnicity, shows her domicile which makes a citizen of Jammu and Kashmir. Her husband served Indian Army in 64, Artillery Regiment for 30 years.

The domicile rules had been notified by the J&K administration on May 18, with a rider that issuing officers (tehsildars in this case) who did not provide certificates in 15 days would be penalised Rs 50,000. Non-locals who had lived in J&K for 15 years, their children, officers with central government and central institutions and anyone who has studied in J&K for seven years and appeared in the Class X or XII exams became eligible. 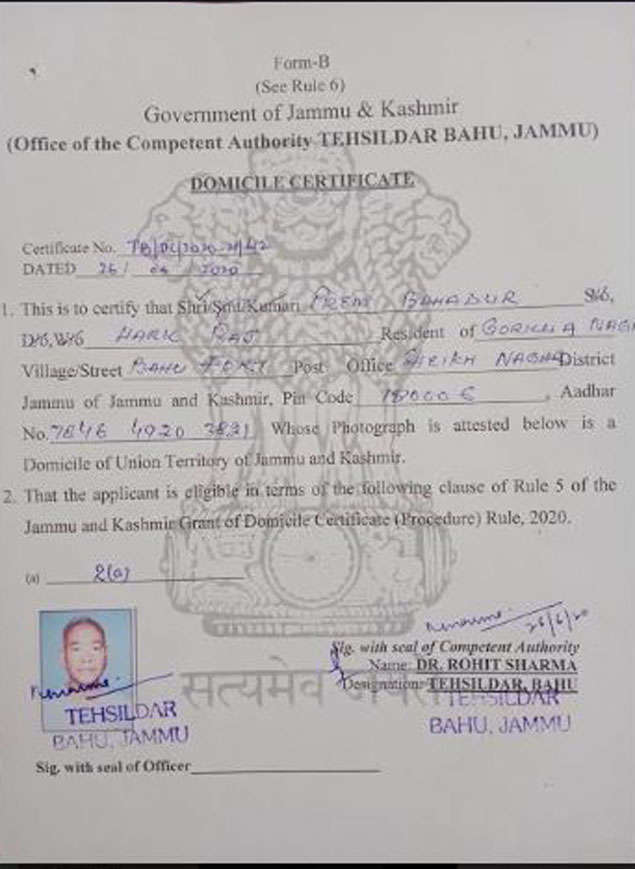 A domicile of Prem Bahadur, 68 years old ex Army officer who served in Gorkha Regiment between 1968 to 1987.

The applications have kept coming in — at least 33,000 so far. “We get an average of 200 applications a day,” an official said. They started issuing domicile certificates last week; June 26 was when an IAS officer from Bihar, Navin Kumar Choudhary, who had served the J&K government for 26 years became the first senior non-local officer to get a domicile certificate. 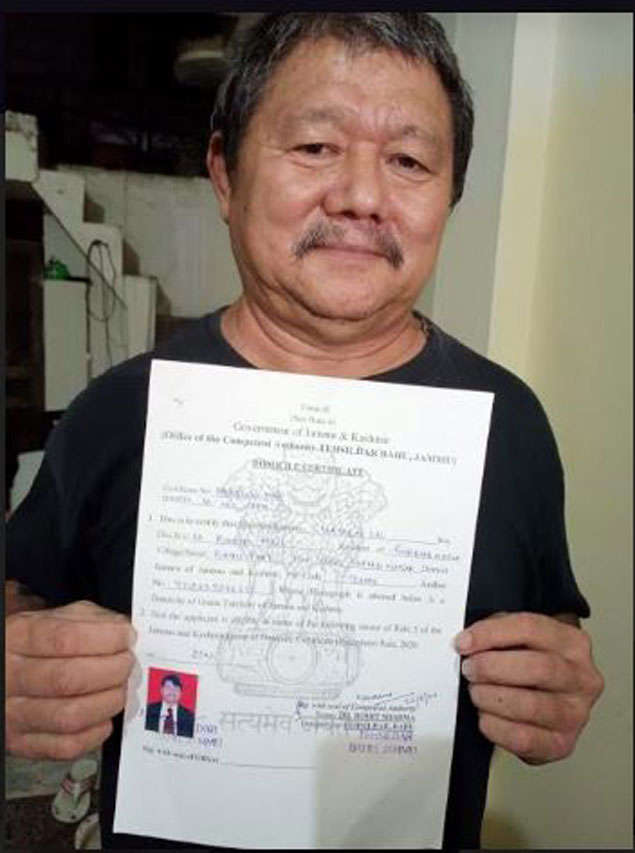 Chaman Lal , 61, an ex-serviceman of Gorkha ethnicity, who served in Jak Rifles Of Indian Army till 2001, shows his new domicile certificate. His father worked with the last J&K princely ruler Hari Singh and his son now works in JakRif regiment in Army.

Things have slowed because of internet speed; it's stll 2G internet service in these parts. “But we are doing all we can. It is a time-bound procedure. We have notified rules to act against any tehsildar who delays offering domicile. We will not allow the wait to be prolonged any further,” said Rohit Kansal, spokesperson of the J&K administration. 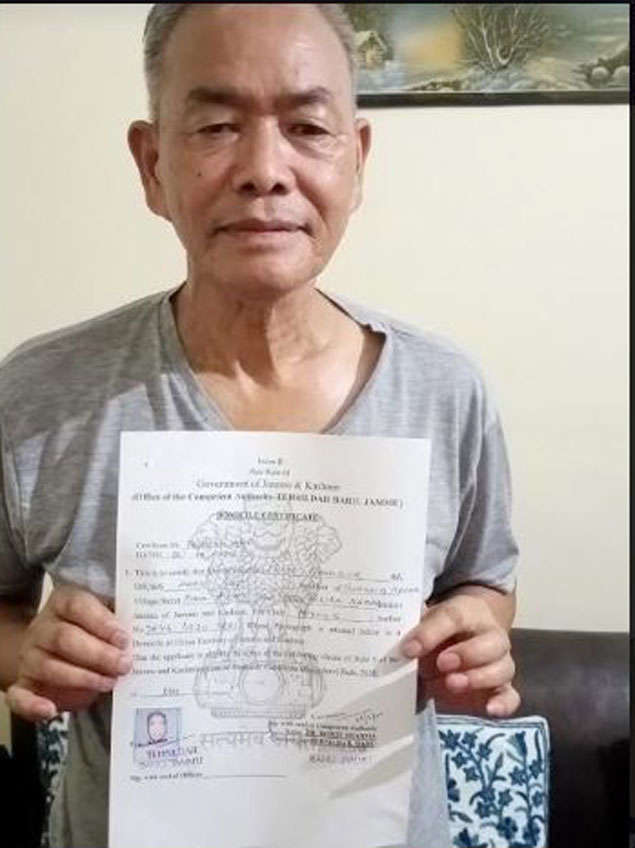 Prem Bahadur, 68 year old ex-serviceman of Indian Gorkha ethnicity who served in Gorkha Regiment between 1968 to 1987 shows his domicile that makes him a Citizen of Jammu and Kashmir.

The minor glitches notwithstanding, for the Gorkha community which has been living here for more than 150 years this ended a wait they had nearly given up on. “My father Harak Singh had served in the army of the then ruler Maharaja Hari Singh. My brother Om Prakash and I went on to join the Gorkha Rifles. I retired as a hawaldar, and he as a lieutenant,” 68-year-old Prem Bahadur told TOI. “Every year since we left the Army, we would apply for Permanent Resident Certificates (PRCs, required for jobs, admissions and property ownership). But it was of no use. Now, my MBA son can apply for a government job. And I can die in peace knowing I served India.”
The former soldiers see this as a recognition of a lifetime spent protecting the country. “My father served in 3 JAK Rifles, I served in 2 JAK Rifles. My son Shiva is in 7 JAK Rifles. We were always proud Indians even though people would say our ancestors were born in Nepal,” said Chaman Lal, a 62-year-old retired officer. “We knew there would be justice." 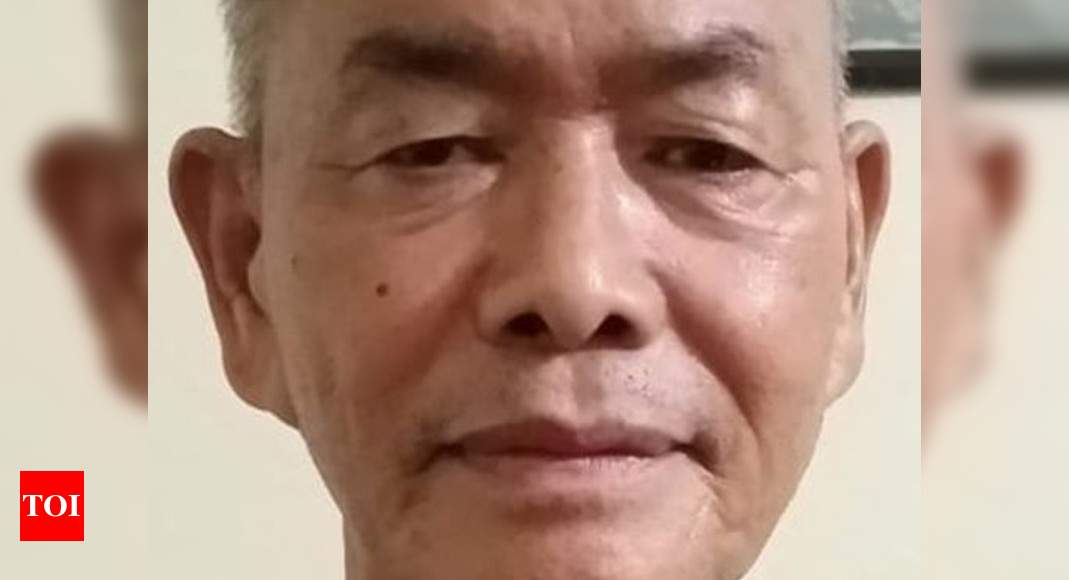 Many retired Gorkha soldiers in 6.6k to get J&K domicile | India News - Times of India

India News: The past one week since the J&K administration started issuing domicile certificates, over 6,600 applicants — majority of them retired soldiers and o

Bagheera Speaks said:
Someone should answer the below query to the unacquainted:

There are gurkhas in Darjeeling and Sikkim.
You must log in or register to reply here.
Similar threads
Faced with many difficulties, China's economy may decelerate sharply
Here’s how many foreign military sales the US State Department OK’d in FY19
How come so many fires are occurring in India all of a sudden?
Quetta: 3 FC Balochistan soldiers killed many injured in blast
Share:
Facebook Twitter Reddit WhatsApp Link