Cool pics of the Angara's AV .
They're mock ups right?

Sridhar said:
What is this

Rosoboronexport eyes new contracts with foreign customers at MAKS 2009
​
11:30 GMT, August 18, 2009 The Rosoboronexport State Corporation intends to sign a number of new contracts on delivering Russian-made arms and materiel to foreign partners in the near future. Corresponding negotiations will be held in the course of the MAKS 2009 air show to be held in Zhukovsky outside Moscow from 18 until 23 August, 2009.

“Despite a certain impact of the global financial crunch on every sphere of interstate relations, including defence cooperation, we are sure that meetings to be held at MAKS 2009 will yield specific future results in the form of contracts, i.e. cold hard cash for national defence contractors,” Rosoboronexport Deputy Director General and head of the delegation Alexander Mikheev said. “We expect to sign corresponding contracts with a range of Latin American and Arab states in the very near future.”

At the present time India, Venezuela, Algeria, and Malaysia are the heaviest buyers of Russian combat aircraft and special Air Force equipment (in excess of US $2 billion’s worth of hardware were exported to these countries in 2008). Indonesia, Libya, Brazil, Ecuador, Chile and other Russia’s partners in defence cooperation pay much attention to re-equipping their respective national air forces as well. According to Rosoboronexport they have expressed considerable interest in such cutting-edge Russian combat aircraft as Su-35, Su-30MKI (MKM), Su-30MK2, MiG-35, MiG-29K (KUB), MiG-29SMT, MiG-29UBT, Yak-130 and MiG-AT combat trainers, various Mil- and Kamov-family helicopters and air defence systems.

Most export versions of aircraft of interest to potential foreign customers will be exhibited at MAKS 2009 as real prototypes: participants in and guests of the air show will be able to both touch these stunning aircraft and watch their aerobatics. Russian enterprises will also display simulators of certain aircraft for guests of the air show to appreciate their flight performance and familiarise themselves with their armament, first and foremost, precision-guided missiles and bombs.

The Su-35 super-manoeuvrable fighter is fitted with Russian-made avionics only.

Experts have recently shown a constant interest in the new Russian Yak-130 combat trainer, which is to complete the tests and enter service with the Russian Air Force later this year. The aircraft will be employed to train pilots for Su- and MiG-family fighters, including cutting-edge Su-35s and MiG-35s, as well as for fifth-generation fighters in the future. Given excellent flight characteristics, the electrical fly-by-wire system, and the advanced glazed cockpit, the Yak-130 ensures efficient and safe basic training of pilot trainees, as well as advanced training of manoeuvre unit pilots. In addition to that the Yak-130 can carry out air strikes in the course of low-intensity conflicts.

MAKS 2009 will exhibit almost the entire range of Russian helicopters. Mi-family helicopters will include Mi-35 and Mi-35P combat transports (both baseline versions, and modifications, equipped with an infrared thermal imaging system and avionics), Mi-171Sh and Mi-17N troop carriers, and the Mi-26T, the world’s heaviest-lift transport helicopter.

Experts will also be able to get extensive information on Russian Ka-226, Ansat, Aktai, and Mi-34S light multi-role helicopters.

Among other things, meetings and negotiations to be held at MAKS 2009 will focus on building airfields, establishing service centres and an integrated after-sale services system, as well as licensed-production and assembly facilities.

Another key item on the upcoming agenda covers the problem of unauthorised modernisation of Russian- and Soviet-made fixed- and rotary-wing aircraft. For instance, a number of East European entities, lacking special training, are engaged in this business, which results in frequent flight accidents. The Russian side is obviously unsatisfied with the situation at hand and intends to hold corresponding negotiations. Rosoboronexport believes that aircraft should be upgraded by their designers, who have the required technologies and skills. Flight safety should not be jeopardised by either aircraft manufacturers, or operators.

Due attention will also be paid to discussing proposal, envisioning payments for arms exports and services rendered in the form of counter purchases of corresponding national products or resource development quotas. The circumstances being what they are, such mutual exchanges seem to be attractive for certain states.

“I am sure that thorough preparations for upcoming meetings and negotiations and our efforts in arranging lucrative deals for our partners will enable us to successfully discharge every task, planned for the MAKS 2009 air show,” head of the Rosoboronexport delegation Alexander Mikheev emphasised.

Sridhar said:
What is this 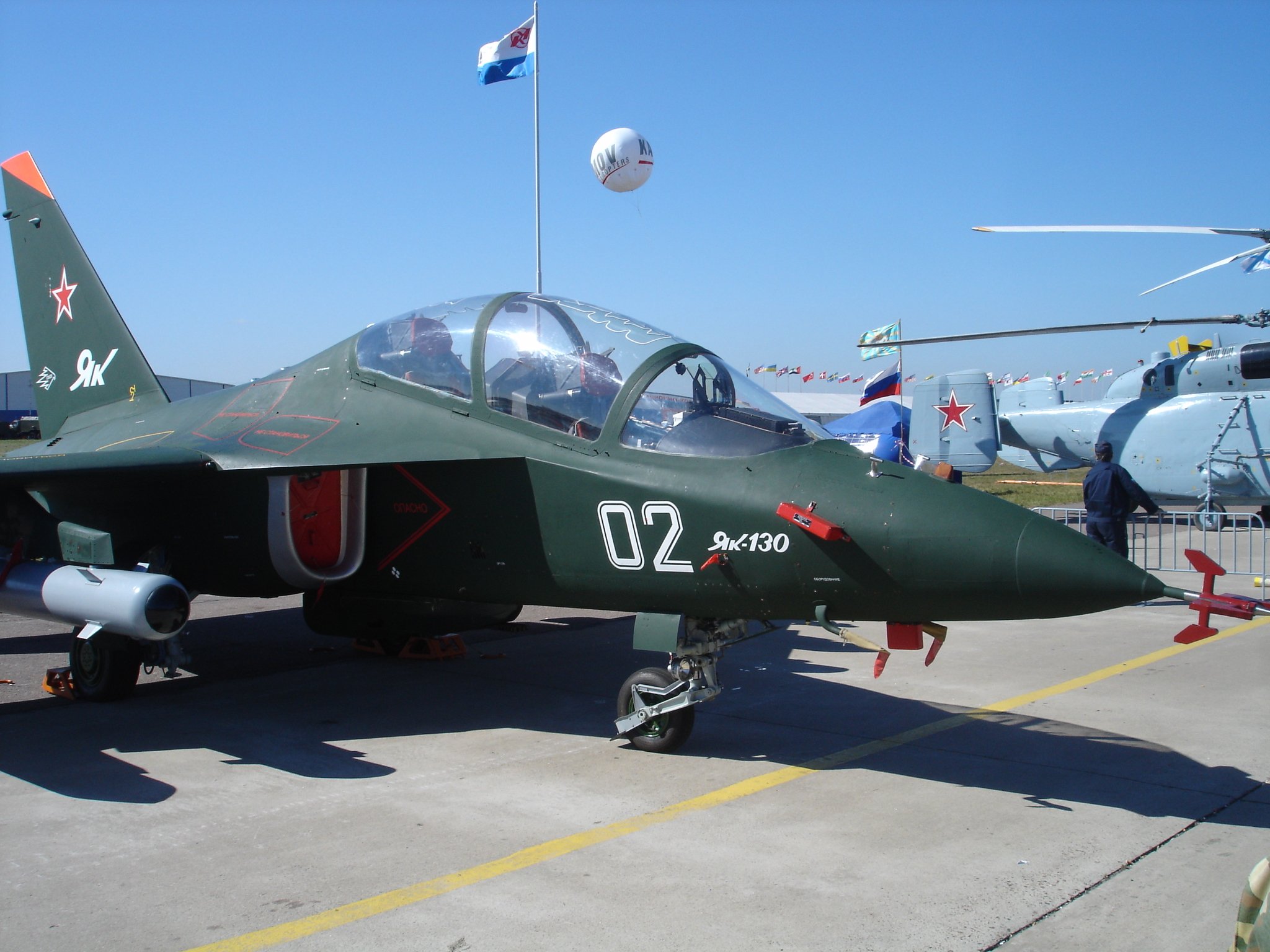 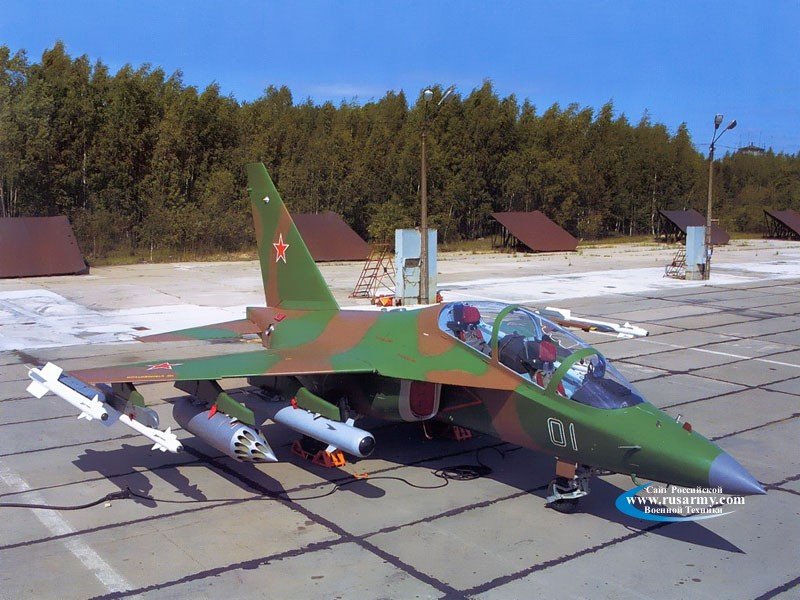 ^^Why does trainers need RCS test?. They are not going to participate in combat.

sreedhar ji! Thanks for the cool pics! "Happiness can not be owned, share it to feel it ." Thanks for sharing it! by the way the chinese L15 looks a xerox of YAK130! The HAL /SUKHOI MRTA model is also found to be on display!

daredevil said:
^^Why does trainers need RCS test?. They are not going to participate in combat.
Click to expand...

Did you see the last photo of the trainer i posted?

If you look at the south korean Trainer T-50 Golden Eagle, it is now becoming a light Fighter/Attack plane, and is going to be quite comparable in specs with LCA or FC-1/JF-17.

Anyways, just a guess, its perhaps just another tin model.


ZHUKOVSKY (Moscow Region), August 19 (RIA Novosti) - The Russian Defense Ministry and the Tupolev aircraft maker have signed a contract on the development of a new-generation strategic bomber, the company's general director said on Wednesday.
"We signed a contract this year on research and development of a future strategic bomber for the Russian strategic aviation. It will be a conceptually new plane based on the most advanced technologies," Igor Shevchuk said at the MAKS-2009 air show near Moscow.
Tu-95MC Bear and Tu-160 Blackjack bombers, Tu-22M3 Backfire long-range bombers and Il-78 Midas aerial tankers will form the backbone of the Russian strategic aviation in the next decade following extensive modernization.
However, by 2020 they will be obsolete, and the new strategic bomber will allow Russia to maintain the effectiveness of the air component of its nuclear triad in competition with similar foreign aircraft, the official said.
Russia's Air Force commander, Col. Gen. Alexander Zelin earlier said a fifth-generation strategic bomber could be used effectively in both conventional and nuclear conflicts.
"The new plane will use a wide selection of high-precision weapons, and will have a whole range of new combat capabilities, allowing it to apply new methods to carrying out deterrence tasks," he said. 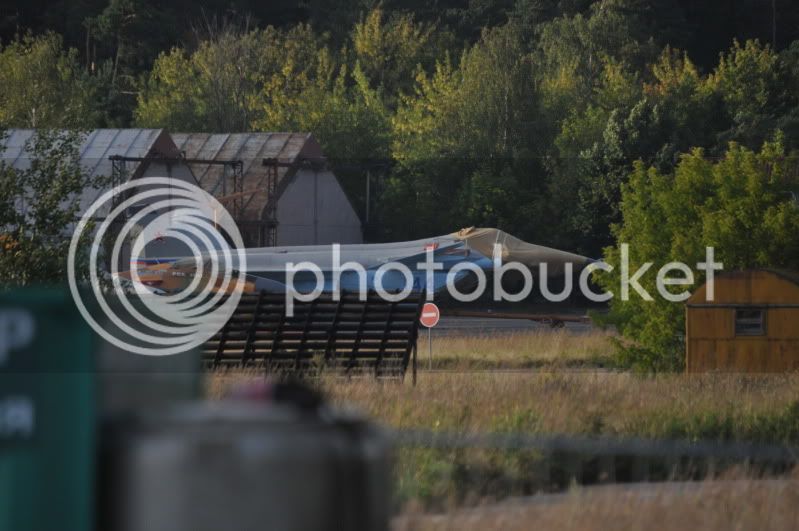 kuku said:
Did you see the last photo of the trainer i posted?

If you look at the south korean Trainer T-50 Golden Eagle, it is now becoming a light Fighter/Attack plane, and is going to be quite comparable in specs with LCA or FC-1/JF-17.

Anyways, just a guess, its perhaps just another tin model.
Click to expand...

In some other forums they claim it as a PAKFA snippet.

Sridhar said:
In some other forums they claim it as a PAKFA snippet.
Click to expand...

thats a very good one!!!

10 billion dollars on something that could have been fabricated in a roadside workshop.

NIIP can earn quite a fortune selling AESA radars to upgrade the Su-30s with the Indian airforce in a post 2015-2017 timeframe.

Sridhar said:
The prototype of MiG’s defunct fifth-generation fighter program finally had a debut of sorts at the MAKS 2009 air show being held at Zhukovsky on the outskirts of Moscow.

The prototype aircraft, known as the 1.44, however, was not on the flight line, but was visible parked on the MiG hardstand area, along with some MiG-29 Fulcrums.

The 1.44 was developed to meet the Russian air force’s multi-role frontal fighter (MFI) requirement. It was crippled partly by the ambition of the project, but mainly by the aftermath of the collapse of the Soviet Union.

The MFI program has been succeeded by the air force’s PAK FA requirement, for which Sukhoi is developing the T-50. Three T-50 airframes are now at varying stages of final assembly, with a first flight still anticipated before the end of the year.
Click to expand...

People keep on quoting this plane as a Russian 5th generation fighter aimed at the American Fifth generation project (F-22).

It seems to be more of like the attempt at a 4.5 gen fighter for the soviet air force by MiG, roughly in the same timeframe that Sukhoi was busy developing the Su-3X types from the Su-27 airframe.

It’s interesting to note that had this program materialized Europe and Russia would have fielded delta canard airframes at around the same time.
(Gripen, Eurofighter, Rafale and Mig1.44). I think that was the real aim.

No signs of economic crisis at MAKS 2009- New deals