Trololo said:
So can we say its the Vijayanta experience and British tank influence for the rifled gun on the Arjun? Else we could have taken the gun of the Leopard 2.
Click to expand...

That is indeed the fact. Apparently, the Army was extremely satisfied with the performance of the HESH rounds in both 65 and 71 wars and for that time period, i.e in the 70s, it would have been a sensible choice. But the insistence on retaining the same capability (i.e to fire HESH rounds) in the 90s and beyond, when the whole tank scene had already seen a drastic change in design and type of armor and when better alternatives were made available, is simply beyond preposterous, to put it mildly.
Last edited: Oct 9, 2020
S

ArgonPrime said:
The only thing I would do differently would be to up-armor the turret face at least. I know, I know, the Afghanit, it's a neat piece of technology but I'd want a solid back up to fall back on in case the technology fails.
Click to expand...

This issue was raised by even russian military during testing, since it's turret was getting hammered badly by low calibre rounds and i heard they asked for some redesigning which will happen for production model.

I think russian will go for 152mm version in later models while export version for friendly countries will be restricted to 125mm gun. 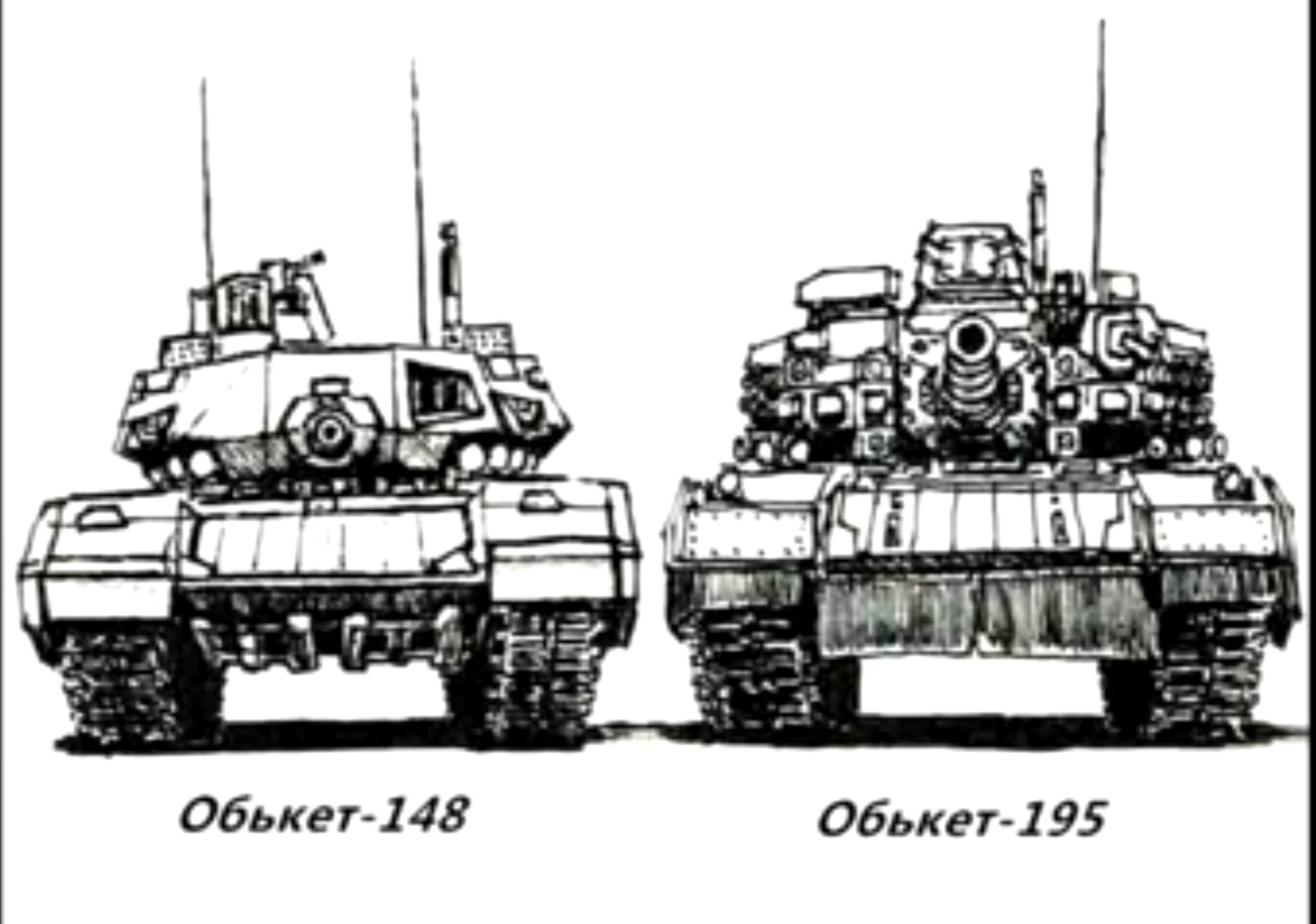 .
And lastly, if we are not looking for it to become operational in the near future, as in it is to become operational by 2030 or beyond, then I would also want them to do away with conventional guns altogether and adopt a Combustion light-gas gun. I mean, have you looked at the muzzle velocity this thing can achieve??!! Forget about the new Russian gun or the German 130 mm Rheinmetall prototype, Heck, forget about mass drivers/ coil guns/ rail guns, this thing just blows every competition out the water!!

For example, a 45mm technology demonstrator managed to propel a projectile at a hopping 11km/sec muzzle velocity!! It almost feels like the stuff from some sci-fi literature like HALO or Star Wars. Now try and match that with a conventional gun.

And the advantage just doesn't stop there either. Use of this technology can completely eliminate the need for the extremely hazardous propellant charges, you can make the gun smaller in diameter which in turn will enable you to pack more ammo inside your tanks, reduced barrel wear as it doesn't heat up the bore nearly as much as the present guns - the list just goes on.
Click to expand...

If this happen.... i don't think there will be a need for a bigger gun. But it's a big if. There is always a issue of safety with CLG guns and with higher calibre , risk will increase exponentially.
quality standards would need to be top notch. Rail gun could be a another option but problems there have also not been overcomed.

Trololo said:
this is a very good explanation. thank you! but why then is the Challenger 2's rifled gun so hyped about its legendary accuracy and killing capability?
Click to expand...

It's called British humour. It supposed to be funny.

ArgonPrime said:
The guys over at the tanknet had estimated it to be so.
Click to expand...

Fake based on the MBT 2002. The electronics look like upgraded MBT 2002. Even the Gun is similar to the MBT 2002. Quality looks like a shoddy job and mass producing such a tank is questionable.

Not Armata copy, because Armata has unmanned turret. Here crew can be seen sticking out of the turret hatches. It anything, the frontal profile seems to be heavily inspired by Abrams. However, the turret seems small in length compared to abrams. Also has side mounted ATGM launchers, which is not very common in MBTs. Also visible are some grenade launchers embedded along the sides of the turret. 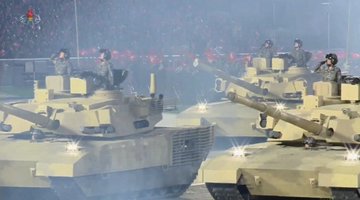 They also showed a fire support vehicle which is very similar to Stryker MGS. 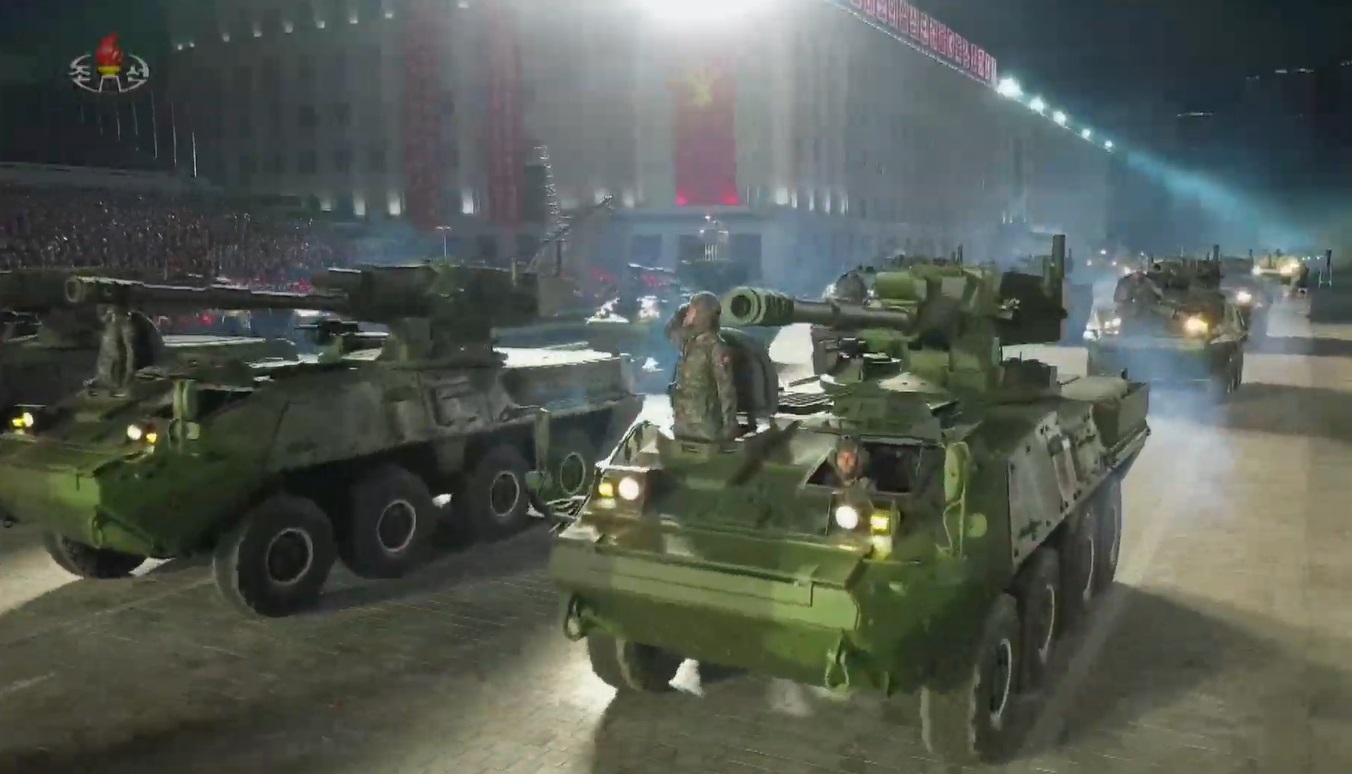 (lower one is the Stryker MGS).

Is durability really important anymore? There are so many 'anti-tank' weaponry nowadays so I don't think a very heavy tank is going to be helpful.

Tank vs Anti-tank weapons debate has been going on since WW2. Yet most major countries field tanks today. In Indian context, we do possess a large inventory of Milan, Konkurs ATGM. We are also planning to induct Spice and Nag. However, these cannot be substitute for tanks. This is due to the simple reason that both Pakis and Chinks fields a large number of tanks. Chink Type 15 light tank claims to sport an APS system which can defeat modern ATGM. In future Paki tanks can field such system. Then most of our existing anti tank missiles will be useless. In such a situation, tanks will become more crucial to take on Paki and Chink tanks.
However, some countries(like Britain) which do not share a land border with a hostile country (fielding a large tank force), are debating the utility of tanks in their army. So, it all depends on threat perception. In Indian context, we do not have such luxury.
S

Tanks are going nowhere. It's ATGM , HEAT, HESH rounds which are going to face judgement day in coming future , since hard kill APS have come a long way. There are method like precursor tip used in RPG 30, and some other APFSDS to Fool hard kill and ERA but they can also be dealt with in future. most people do not realize that it will be difficult even for stealth plane for a effective penetration going into the future due advancement in anti aircraft artillery.

Imagine this with railgun or CLG gun. No stealth plane , standoff weapons passing this shield ever.
W

US confirms Abrams MBT deal with Taiwan
The US State Department has made a determination to approve a possible Foreign Military Sale (FMS) to Taiwan of equipment including General Dynamics M1A2 Abrams main battle tanks (MBTs) and Raytheon Stinger missiles.


The proposed deal was announced on 8 July by the US Defense Security Cooperation Agency (DSCA) and is worth an estimated USD2.22 billion. It comes as the US government ‘normalises’ the way it processes military contracts with Taiwan.

The DSCA said the sale is in response to a request to procure the materiel from the Taipei Economic and Cultural Representative Office in the United States, Taiwan’s principal representative office in Washington. The deal is separated into two projects, with the Abrams tanks and related equipment costed at an estimated USD2 billion and the Stinger missiles valued at USD223.5 million.


The DSCA added that the sale serves US national, economic, and security interests by supporting Taiwan’s efforts to modernise its armed forces and to maintain a credible defensive capability.


The sale of the Abrams MBTs will “contribute to the modernisation of [Taiwan’s] main battle tank fleet, enhancing its ability to meet current and future regional threats and to strengthen its homeland defence”, said the DSCA. Taiwan-US interoperability will also be enhanced through the Abrams acquisition, it said.

The US State Department has made a determination to approve a possible Foreign Military Sale (FMS) to Taiwan of equipment including General Dynamics M1A2 Abrams main...
www.janes.com
A

Modern-day composite armor is incredibly effective against shaped-charge warheads. Take Merkavas for example - while dozens were damaged by heavy ATGMs, none of those were actually written off. They were subsequently repaired and put back into service. In my opinion, the effects of ATGMs are somewhat overhyped. Top attack ATGMs can be dealt with a hardkill APS.
S

Tanks will be getting heavy going into the future there's no way around it. Armata type configuration is the only way to keep weight down some what. even armata tin can turrent will probably get a heavy armour and gun upgrade. Pushing weight upward of 60 tonne. It will get Harder and harder for non APFSDS rounds to be effective going into the future, due to advancement in hard kill APS.
S 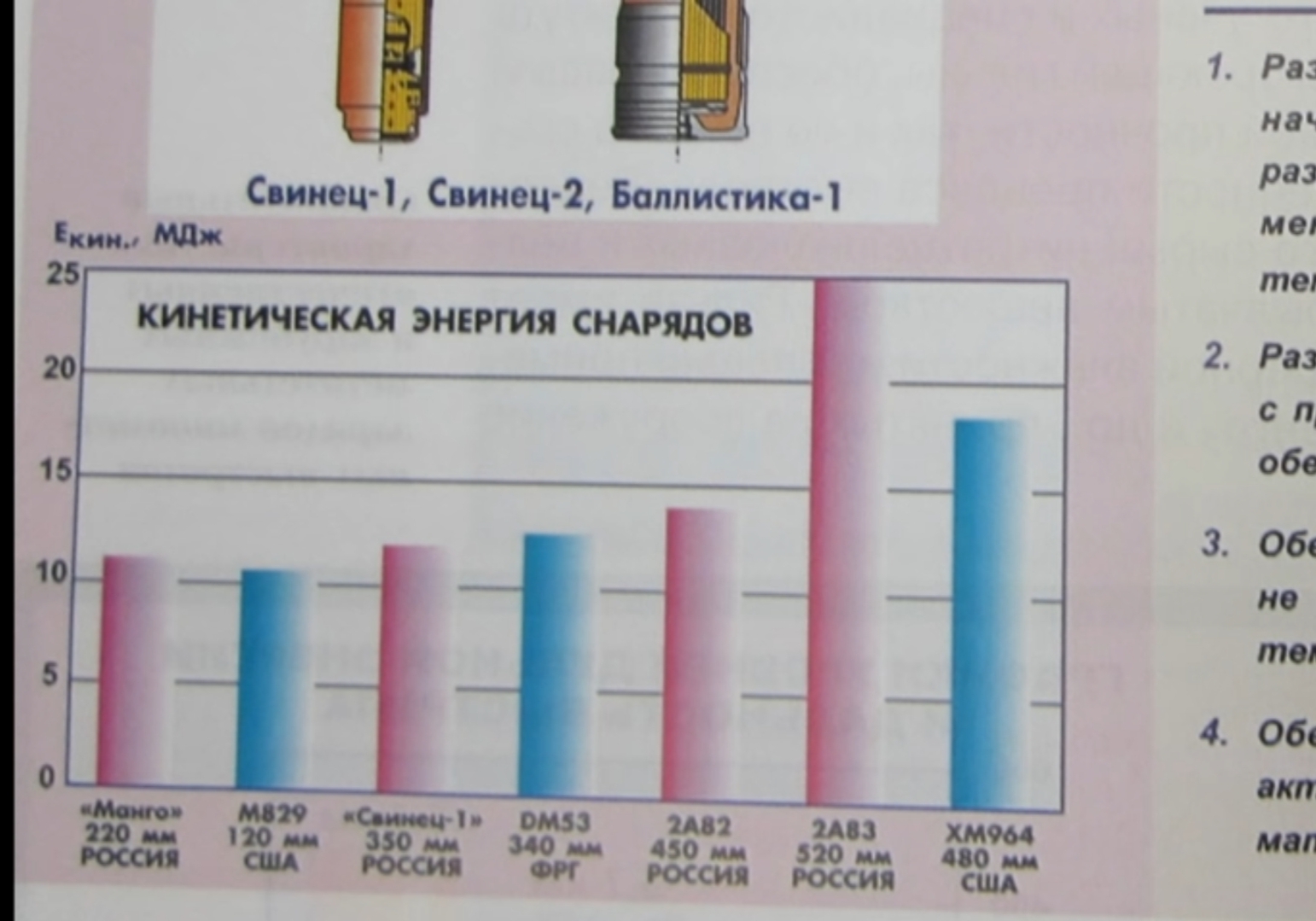 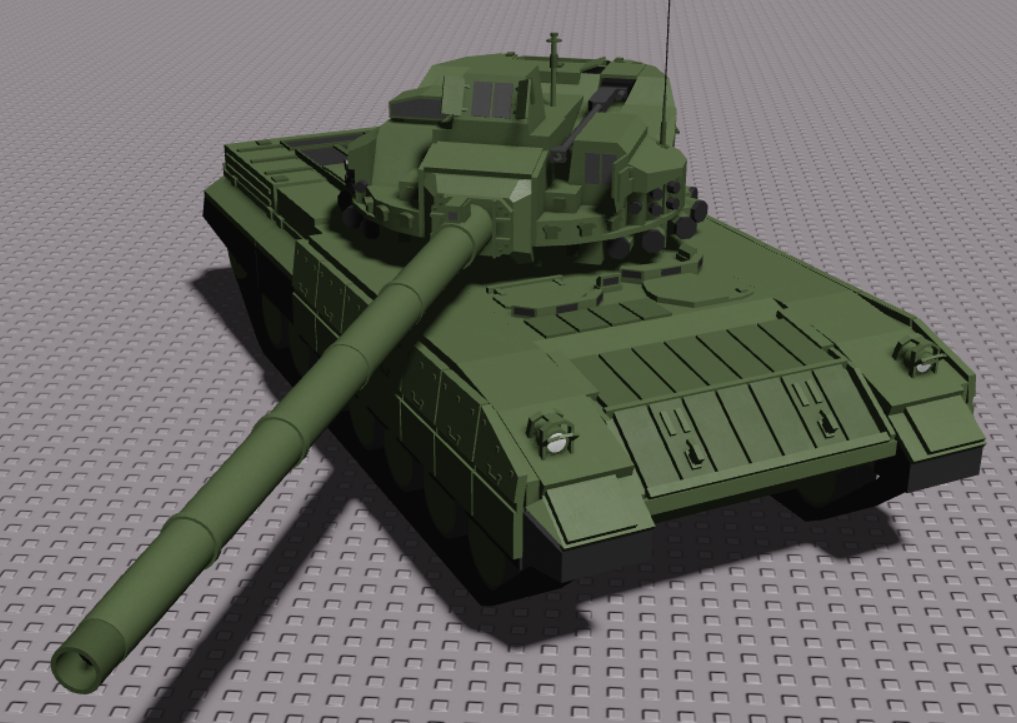 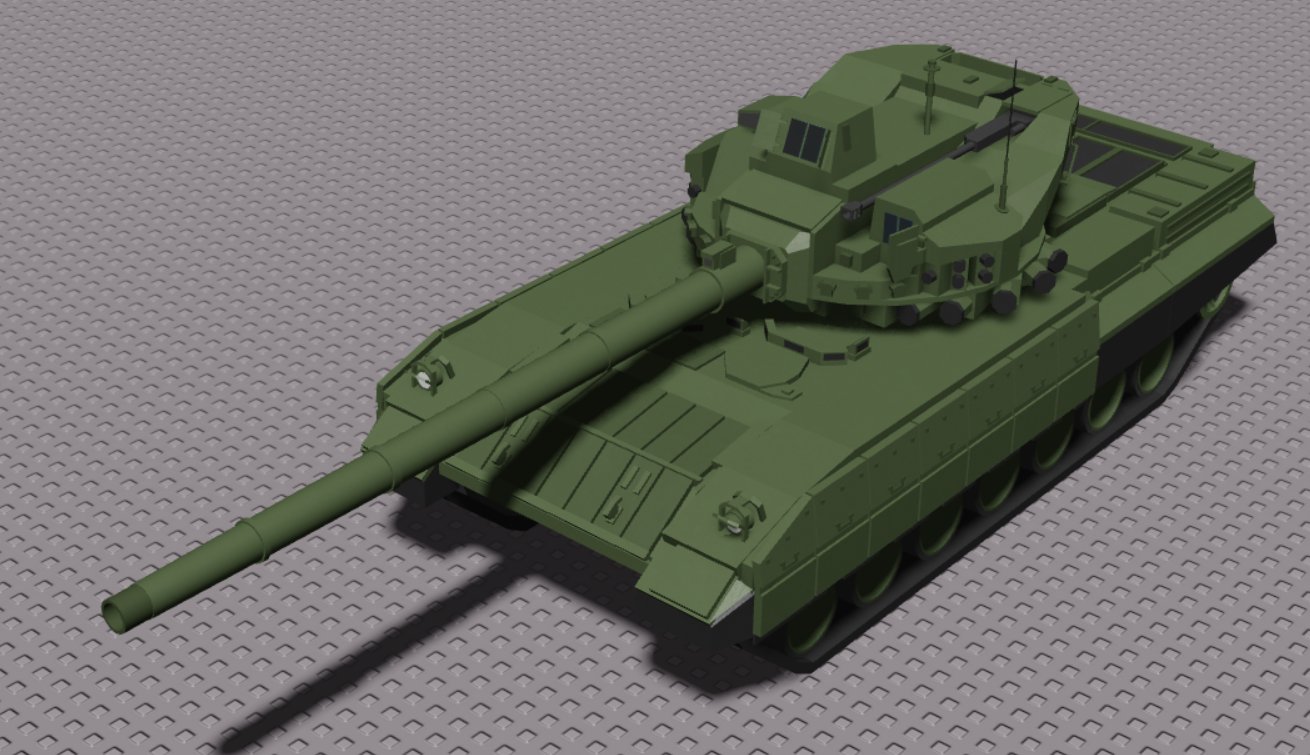 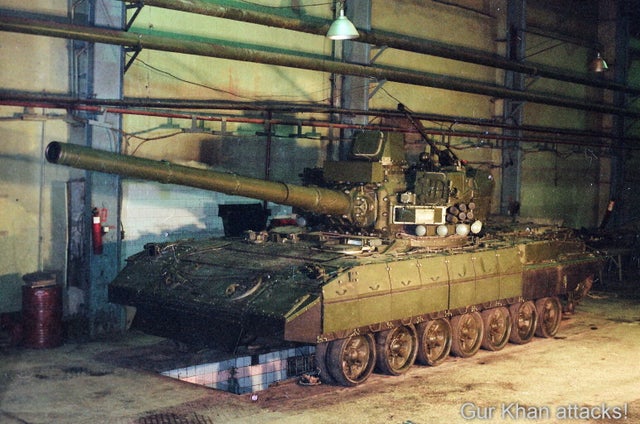 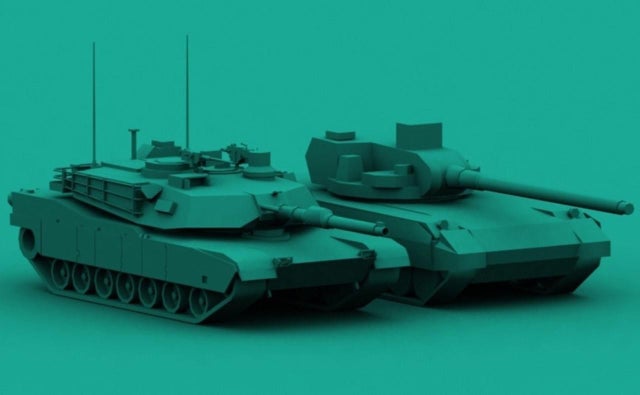 gun new version under development has been cancelled recently due to failure to maintain high chamber pressure. Probably will require new material technology which will take time.
S 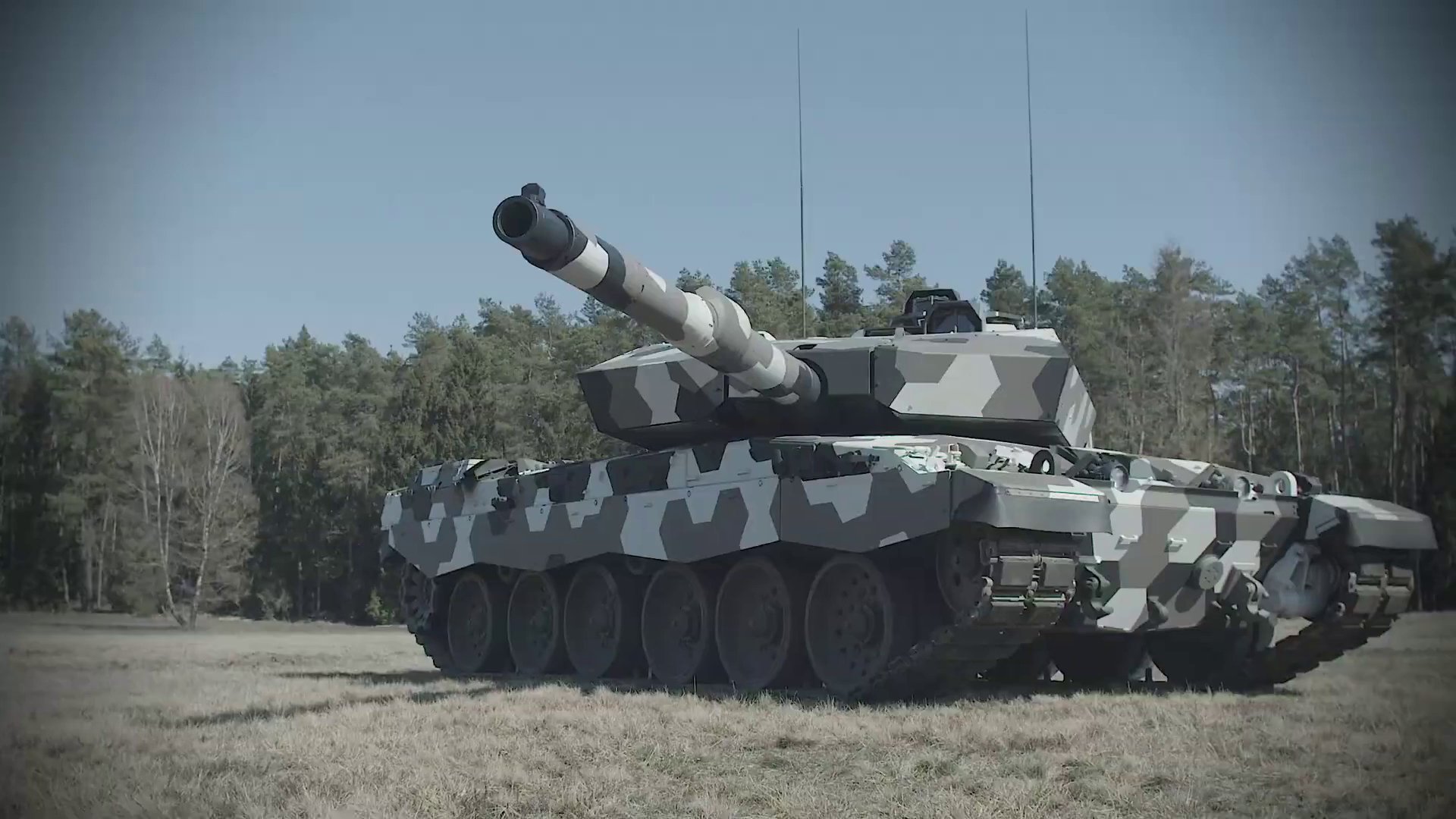 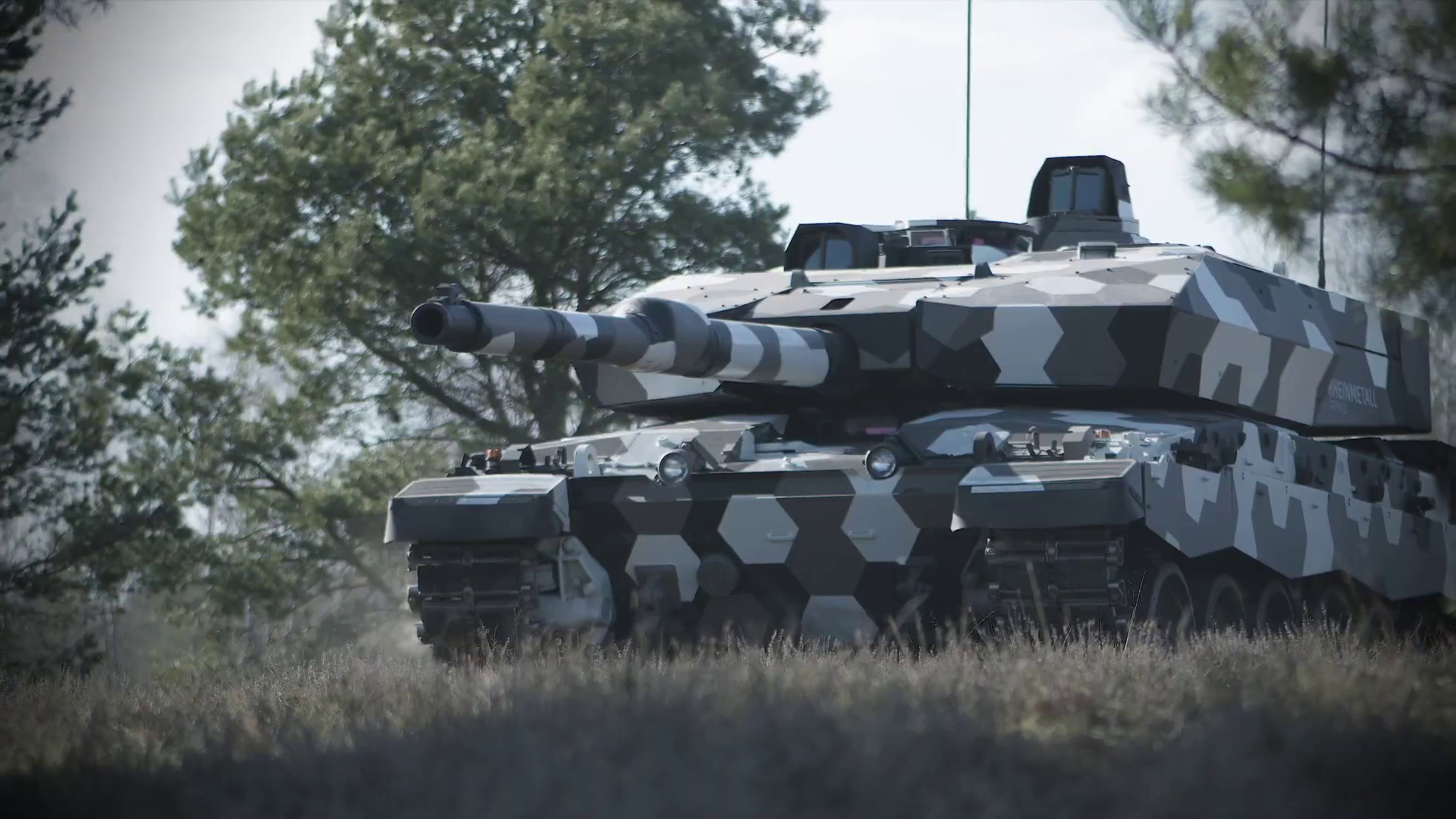 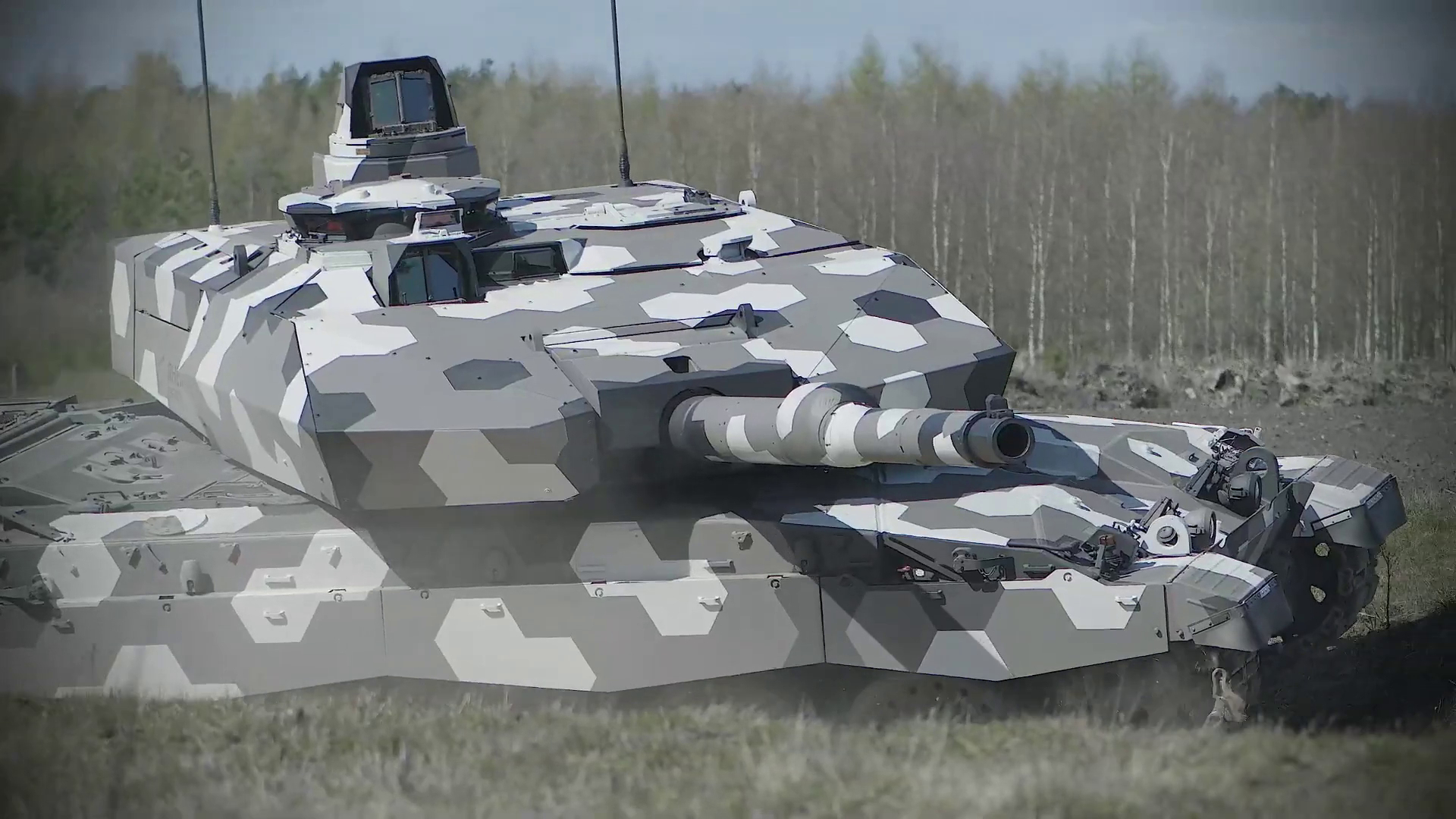 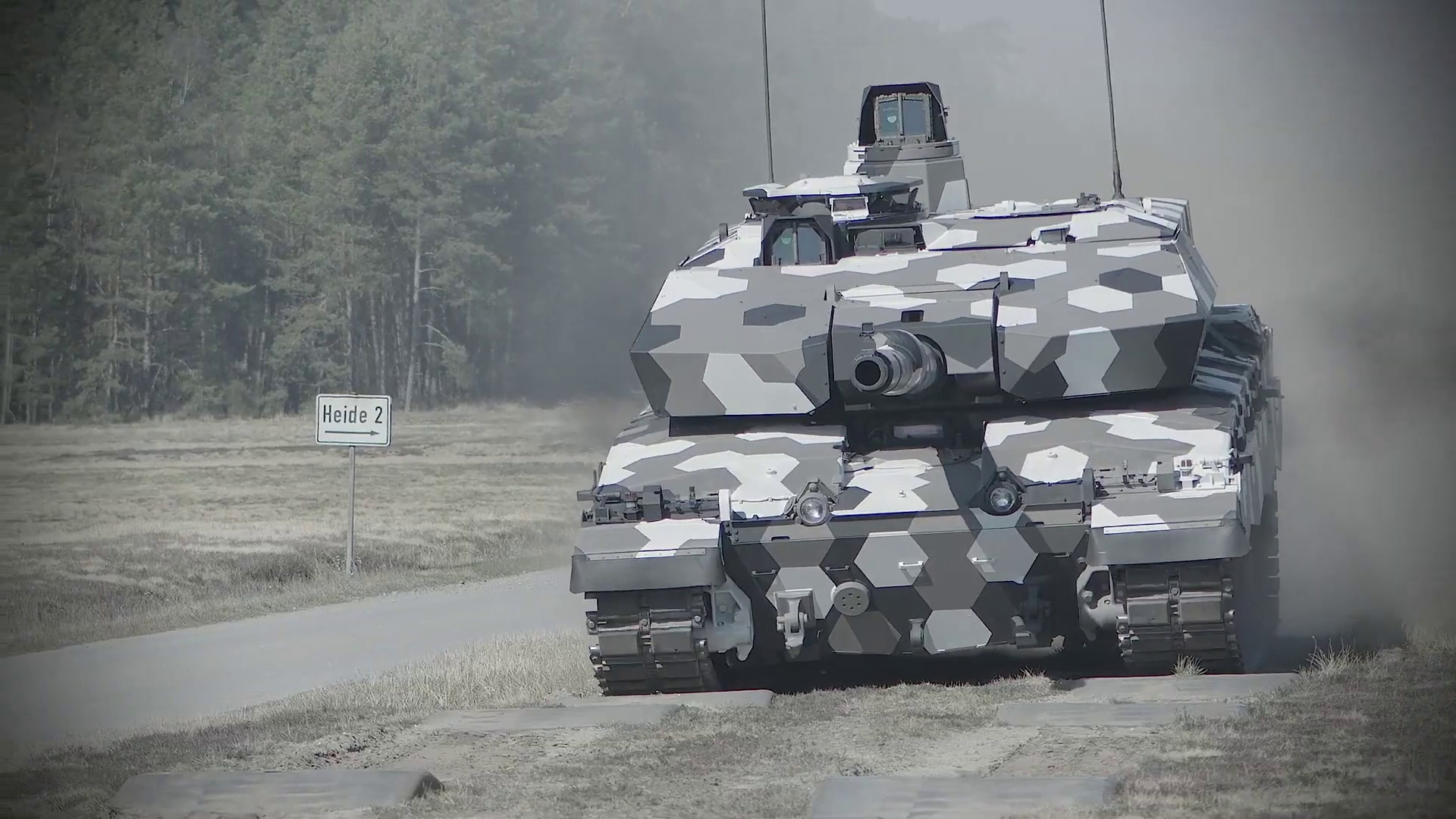 This type of upgrade 124 Arjun need.

This type of upgrade 124 Arjun need.
Click to expand...

looks fine.
Unfortunately without an engine upgrade it remains a blockaus on wheels.
S

BON PLAN said:
looks fine.
Unfortunately without an engine upgrade it remains a blockaus on wheels.
Click to expand...

Leclerc with 140mm gun will be a beast , it to will require a new engine.
S 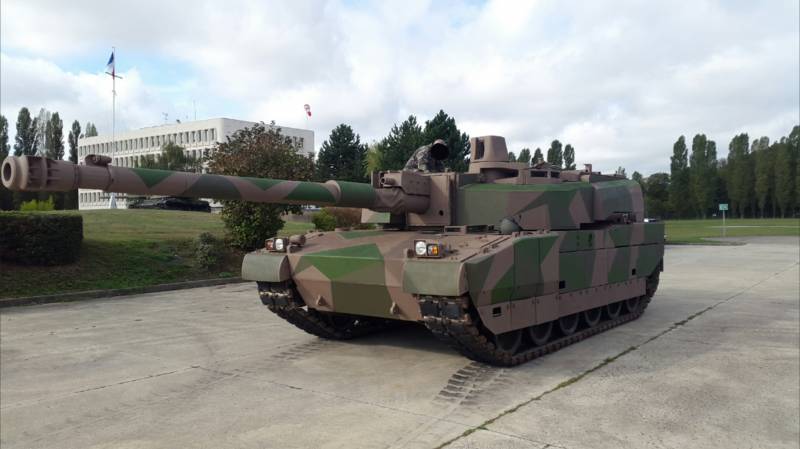 Only time such a big gun has been effectivily placed on a 50 tonne range tank without any problem.
S

Nexter claimed 70% increase in performance. Muzzle velocity would probably be upward of 2500 m/s. Upcoming Franco-German MBT will be a game changer and will dominate Europe decades to come.
Russian's will have to build that 152mm gun or they are a done deal.
You must log in or register to reply here.
Similar threads
T-80UD Main Battle Tank - A Pakistani Perspective
Taiwan will purchase 108 M1A2 Abrams main battle tanks from U.S.
Pakistan Procuring 300 T-90 Main Battle Tanks from Russia.
Taxila Heavy Industries from Pakistan announced the development of Al Khalid 2 main battle tank
Share:
Facebook Twitter Reddit WhatsApp Link