Okabe Rintarou said:
SCE-200 and Merlin have similar enough specific impulse. As for deep throttling, yes it won't go down to 40% but SCE-200 can throttle down to 60%. Rest, clustering should take care of it. And ISRO did say they are designing it with reusability upgrades in mind.

No matter, even if SCE-200 isn't fit for the job, continue to develop the methalox but in the meantime, they shouldn't abandon existing plans of HLV based on cluster of 4 or 5 SCE-200.

Also, we need SCE-200 class methalox if we want to build a Starship-Superheavy kind of stack. Raptor is similar thrust and specific impulse. And if we ever build a Moon rocket, it would make a lot of sense to go down the Starship-Superheavy route instead of the Saturn-V and SLS route. Even the Chinese realized this and have now modified design of the Long March 9.
Click to expand... 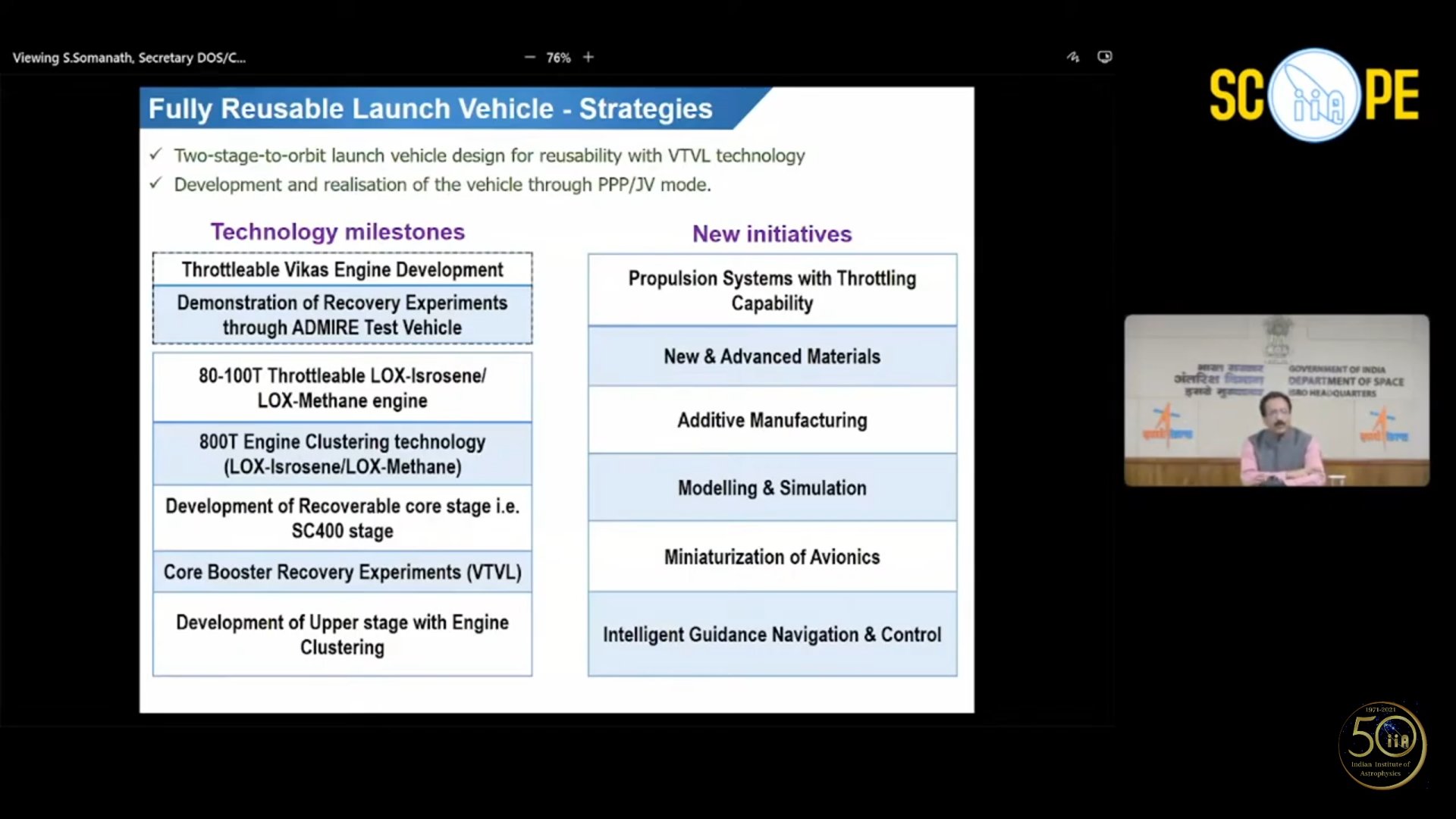 Watch from 17:22 in this video, he confirmed it here

Indx TechStyle said:
It looks like S. Somanath has finally completely taken over the ISRO.
So he's rescheduling and revising all programs as per his estimates.
Click to expand...

Somanath sir said that there is already a team working with Industry to develop Next Gen Launch Vehicle. The design activities aren't started yet,but they are working on it
L

MK3 is sorted. Perhaps you are referring to Mk2 which still has a few issues.
L

_merlin_ said:
MK3 is sorted. Perhaps you are referring to Mk2 which still has a few issues.
Click to expand...

Any updates one when is chandrayan 3?
A

NoobWannaLearn said:
Any updates one when is chandrayan 3?
Click to expand...

Next year July, if all goes well.

Good news, nice to hear it, but weren't the OneWeb sats supposed to be launched in October, at least this is what the SHAR official said( if not September, but it wasn't Nov-Dec) . Was it just a case of the OneWeb satellites not arriving in India.

Protocol for this sub-forum:
Members are requested to follow same so that navigation and layout of this sub-forum can improve. (I'm looking create a comprehensive board to attract some contributors from other forum).
@ezsasa @hit&run @LETHALFORCE
CC fellow mods as I'm not much online these days.
Last edited: Sep 24, 2022 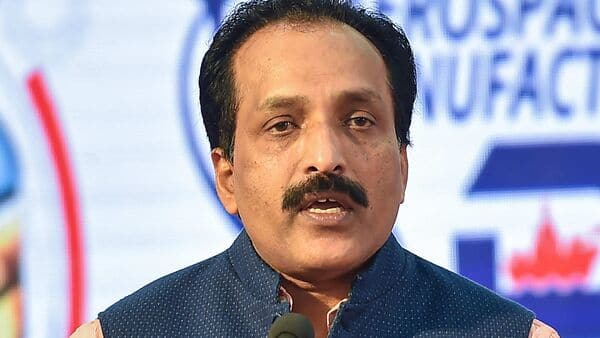 The whole world is looking at India as an inspirational place and it is wonderful to see what is happening in India, especially in the space sector: ISRO chief said
www.livemint.com

bottom right pic looks like the turbopump assembly of SCE-200 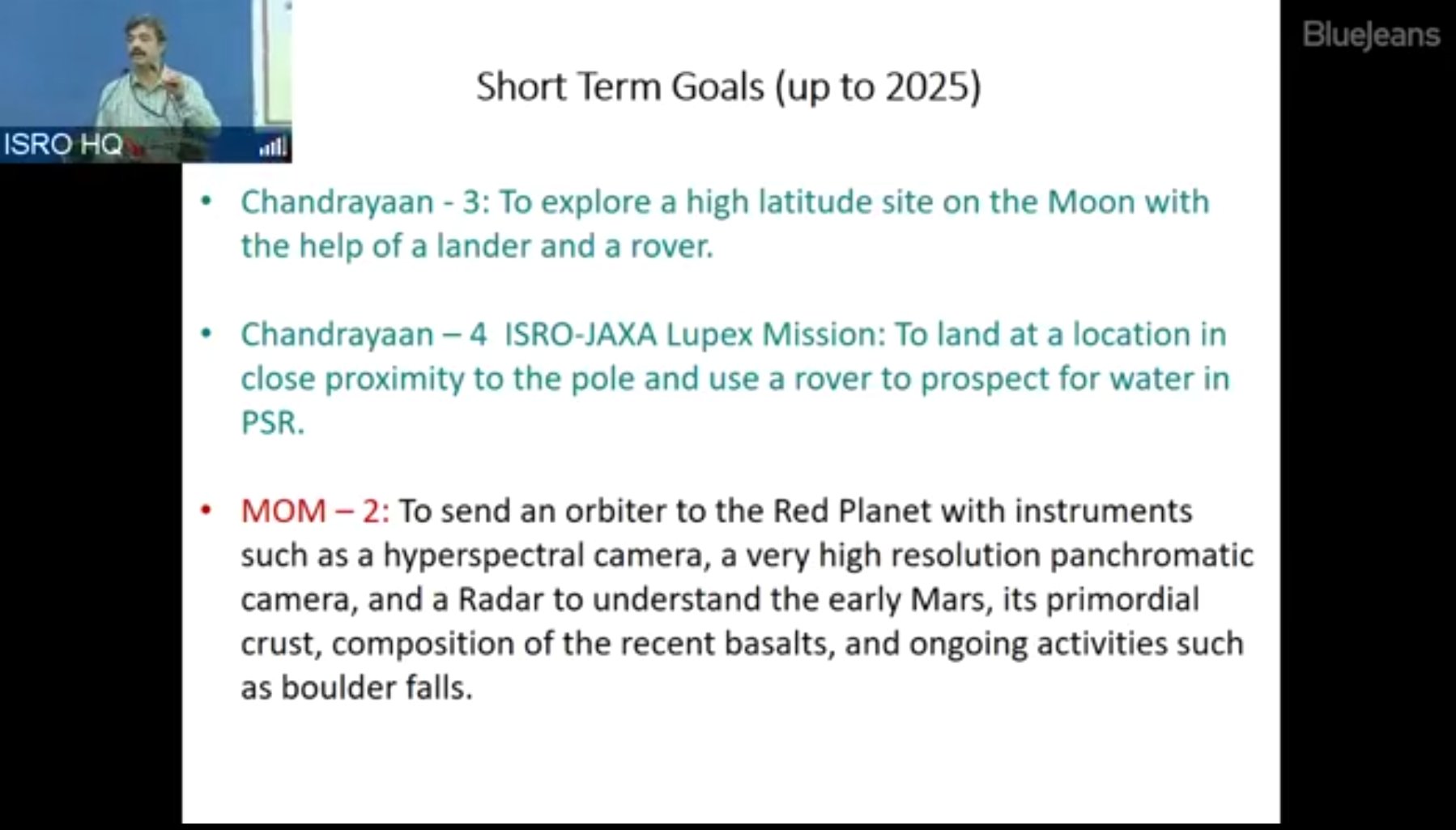 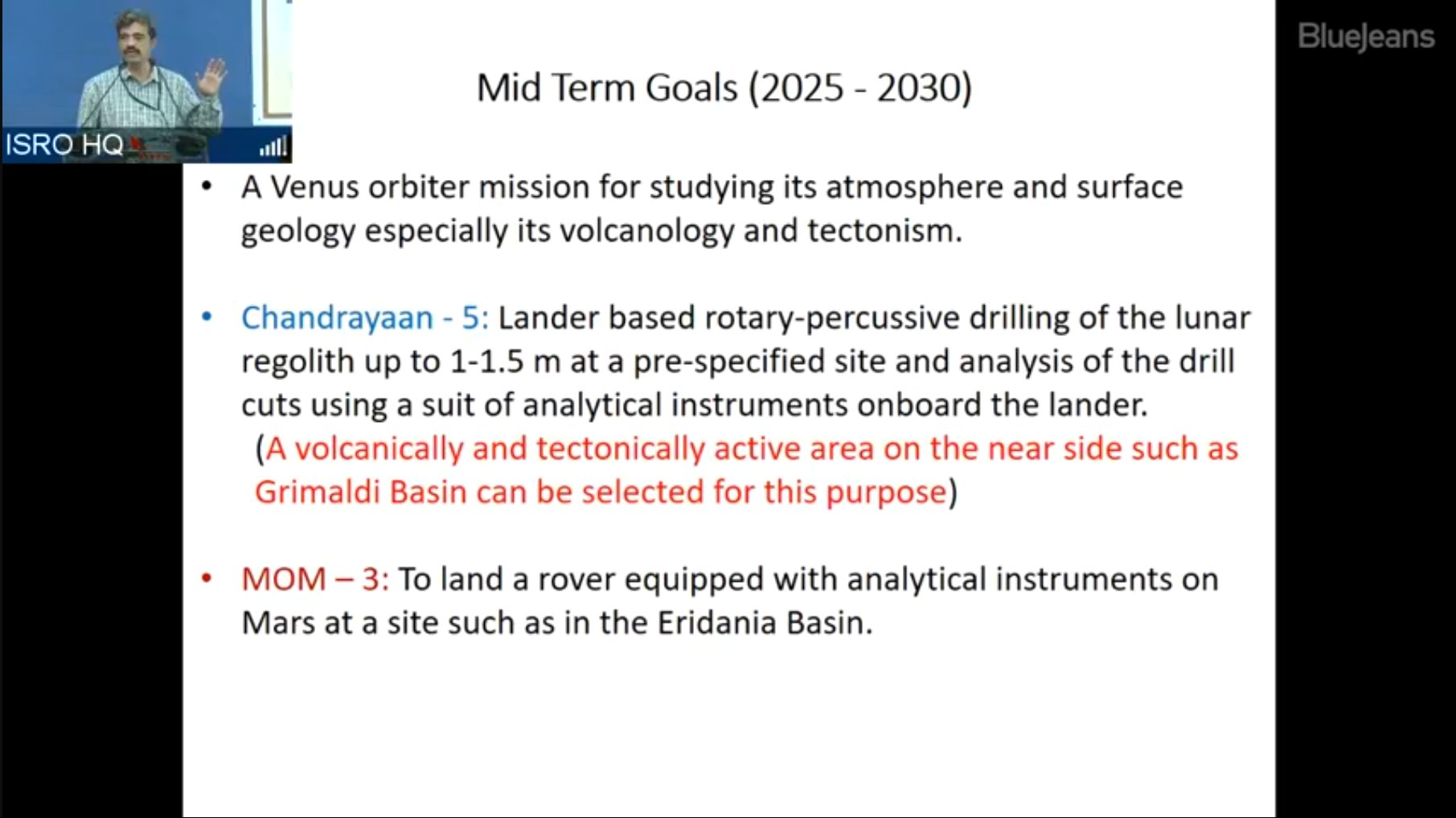 (None of this is an official plan, just something being discussed as a possibility)


(None of this is an official plan, just something being discussed as a possibility)
Click to expand...

Who changed the owner yo?

Indx TechStyle said:
Who changed the owner yo?
Click to expand...

Didn't catch your meaning there. Owner of the video?

Owner of the post. That was mine. Only a mod can change owner and date of post.

Okabe Rintarou said:
Didn't catch your meaning there. Owner of the video?
Click to expand...

Dunno. I do remember posting those slides after looking at this post and then thinking it would be a shame if the tweet got deleted so I should post the images directly in DFI. I mean I positively remember making that post. Maybe you posted the same slides in another thread?
You must log in or register to reply here.
Similar threads
Kulasekarapattinam Spaceport - News and discussions
Spacecraft/rockets/isro related NOTAMs
ISRO's Rendezvous, Space docking and Berthing Experiment
ISRO's Inflatable Aerodynamic Decelerator (IAD)
Share:
Facebook Twitter Reddit WhatsApp Link