Rassil Krishnan said:
Do you have data on the waste management facilities we use in india and upcoming mega developments.
Click to expand...

Western model development is unsustainable and counter productive especially infrawise, we need roads and railway for logistics and freight purposes more than passenger commute, for that only better subway and train systems are the only viable option. Waterways is another that is being brought up by Modi govt and its a good idea. Big cars should never be tolerated in India, Japan is a prime example on how to live lives economically and enjoy the less is more philosophy.

UP is on a roll, They have acquired almost 85% of the land for Ganga expressway which now they can start building.

Maharashtra - are you taking note of the speed at which UP is rolling out projects? Don’t be surprised if several companies shift to UP especially if the BJP continues for more time. Sitting on past glory will tank MH. Move at top speed. Get that Pune to Nashik semi HSR built ASAP. Get the bullet train going. Spend $10-20 billion and fix Mumbai’s infrastructure to make it an ASEAN standard city. Get rid of the slums, open up spaces to make the city green and blue, clean up all the waterways, build modern storm drains to prevent flooding, redevelop all dilapidated areas, clean up the crime and make Mumbai a good place to live and do business in. Finish the Mumbai-Nagpur expressway ASAP and start building more expressways like get the Surat-Chennai expressway part going in MH and help the government quickly acquire land for it. And get rid of the MVA crooks for sure.

IndianSpiderman said:
Isn't that what I've been saying all along?

Revenue generated from cities needs to be spent in cities. ULBs need full autonomy over the finances generated from the city and how they're spent. That's the only way to speed up urbanization in the country. i.e: Stop pandering to the rural voter base.
Click to expand...

If you are talking about Guwahati [Kamrup(M)], just the annual repairing cost of existing road infra runs into 100 cr +. In 2016/17 it was around 70 crore. So with time, it has only increased.
The DTO earning which you have quoted would go mostly into DTO related purpose such as salary payment, tax payment, due repay and others. Only a meagre of this amount would go into proper infra investment.

In addition to job creation and economic incentives, young Indians now have access to Russian nuclear education, broadening academic and domain expertise of aspiring stakeholders of the nuclear energy sector. Subsequently, attracting a new generation of highly skilled and educated personnel in the field of nuclear energy.

With over 75-years of established track record, Russia has amassed a repository of experience and acquired extensive competencies in designing and executing cross-border large-scale nuclear projects.

NTPC Renewable Energy Ltd , a 100% subsidiary of NTPC, has received the go-ahead from Ministry of New and Renewable Energy (MNRE) to set up 4750 MW renewable energy park at Rann of Kutch in Khavada, Gujarat. This will be India’s largest solar park to be built by the largest power producer of the country.


NTPC Renewable Energy Ltd (NTPC REL), has been given the go-ahead by MNRE on 12th July 2021 under Mode 8 (Ultra Mega Renewable Energy Power Park) of Solar Park Scheme. NTPC REL has plans to generate green hydrogen on a commercial scale from this park.


As a part of its green energy portfolio augmentation, NTPC Ltd, India’s largest energy integrated company aims to build 60 GW Renewable Energy Capacity by 2032. Currently, the state owned power major has an installed capacity of 66 GW across 70 power projects with an additional 18 GW under construction.


Further, a 100 MW Floating Solar Project on the reservoir of Ramagundam Thermal Power Plant, Telangana is in the advanced stage of implementation.


Additionally, NTPC RE Ltd. has recently signed an MoU with UT, Ladakh and Ladakh Autonomous Hill Development Council (LAHDC) for the generation of green hydrogen and deployment on FCEV buses. The signing of the MoU was also marked with the inauguration of NTPC’s first solar installations in Leh in form of solar trees and a solar car port.


NTPC REL, the subsidiary was incorporated on 07.10.2020 to accelerate the RE business of NTPC. 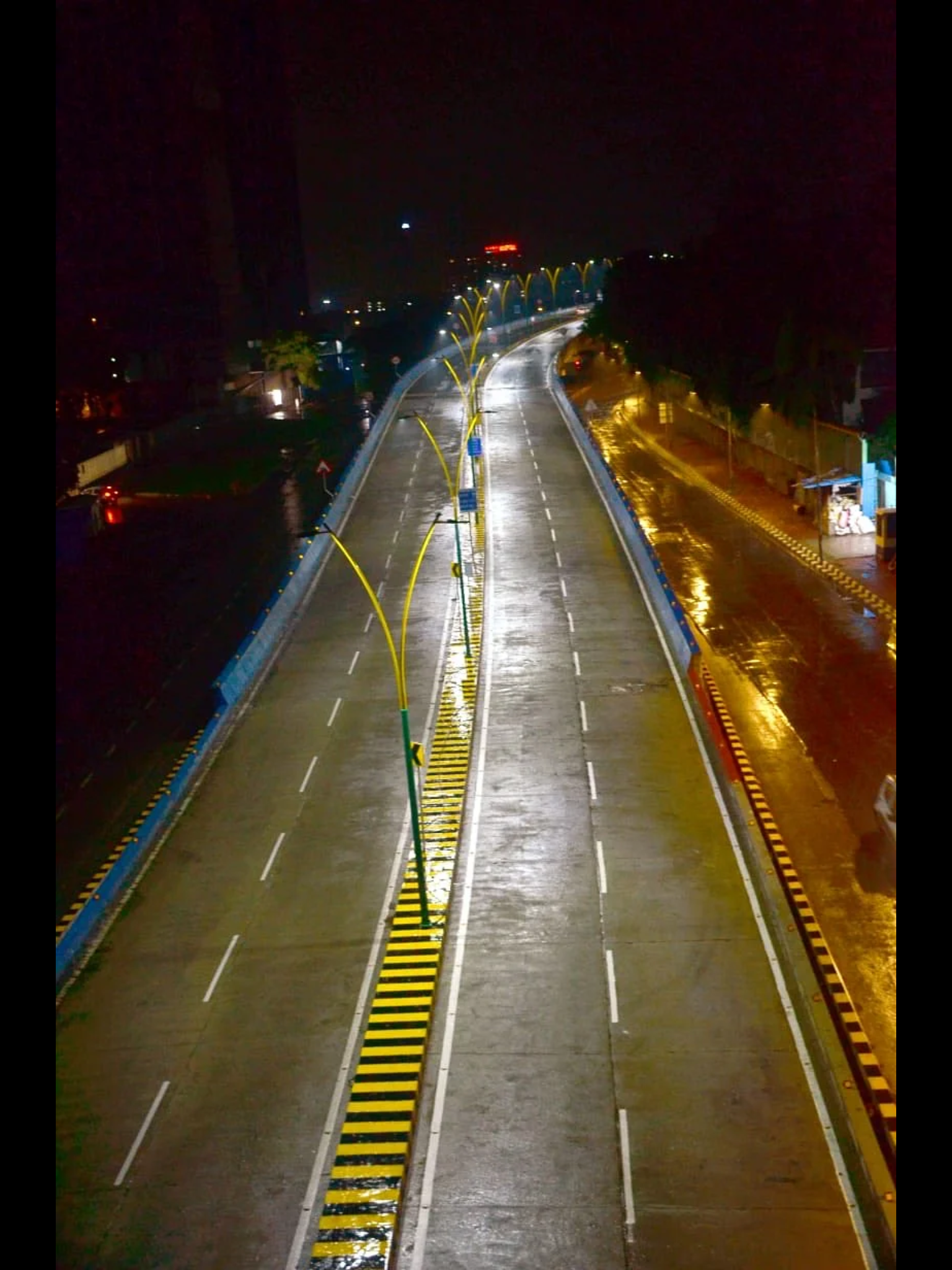 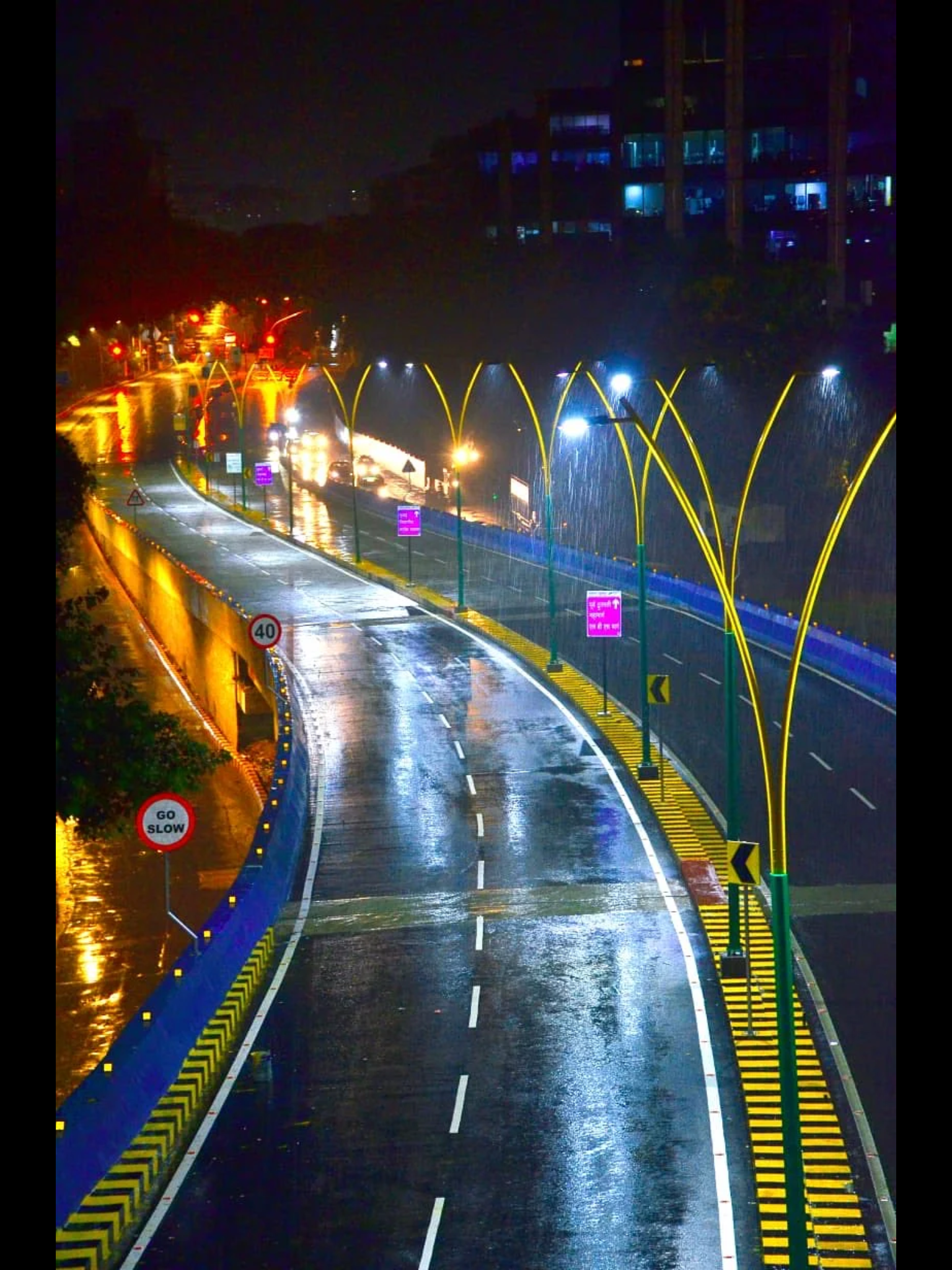 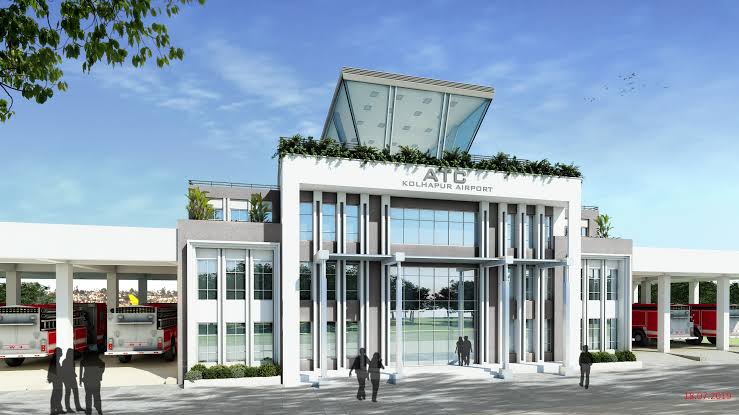 Ya'll Nibbiars Alapuzzha Bypass 6.8 Km elevated Highway and has cost 360 crores and built after 40 years of planning and land acquisition. 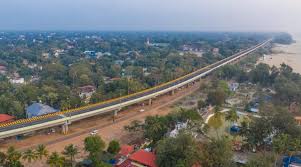 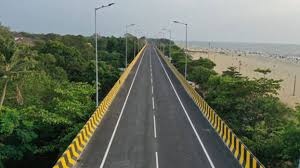 One of the advantages of joining late in the game.

India has only one digital Toll collection system : Fastag

US has EZpass, Fastrak, Sunpass, TxTag, Ipass for various regions.

In a significant achievement, Maharashtra's longest and widest road tunnel saw the light of day on the upcoming Hindu Hridaysamrat Balasaheb Thackeray Maharashtra Samruddhi Mahamarg, or the Greenfield project of Mumbai.Nagpur Super Communication Expressway. A huge roar of jubiliation rent the air after the final blast on the tunnel, marking the culmination of hard labour under the ever-looming threat of the Chinese Virus pandemic and lockdown, by a team of engineers and workers of Afcons Infrastructure Ltd, Shapoorji Pallonji Group.

The tunnel is 7.78 kms long, in two tubes with a total width of 35 metres 17.50 metres in each tube located between Igatpuri, Nashik and Vashala, Thane in a thickly forested hilly region. The road tunnel is part of the 13.10 kms long Package 14 handled by AIL for the Maharashtra State Road Development Corporation MSRDC and was completed three months ahead of schedule. The 701 km-long east-west expressway linking the state capital Mumbai with its second capital Nagpur, is expected to be partially operational by September 2021 and fully completed by May 2022, slashing the travel time between the two cities by half from the existing 16 hours.

The tunnel breakthrough was witnessed by MSRDC Vice-Chairman and Managing Director Radheshyam Mopalwar and other top officers, besides AIL officials on what is stated to be the fastest moving package on the entire expressway. And Besides, there are two small viaducts on the AIL package of 900 metres and 1.20 kms which would enable passage to the wild animals in the forested region where the expressway will not be fenced.

The expressway, being built at a total cost of around Rs 55,000 crore, will have two more smaller tunnels - 1.10 kms and 300 metres long besides a vertical shaft and one inclined shaft to provide ventilation to the two tubes. And that the entire tunnel was dug up using the drilling-blasting method at an average speed of over 200 metres for nine months, and achieving the highest speed of 258.40 metres at one point despite huge Chinese Virua restrictions and protocols. Several of the workers fell ill despite all precautions, but they were cared for well and returned to work after treatment. The expressway will pass through 10 districts Thane, Nashik, Ahmednagar, Jalna, Aurangabad, Buldhana, Washim, Amravati, Wardha and Nagpur, besides giving connectivity at strategic points to another 24 districts of the state's total 36 districts.

As on 31.03.2021, Petroleum and Natural Gas Regulatory Board (PNGRB) has authorized approximately 33,764 Km Natural Gas Pipeline Network across the country with the aim to create a national gas grid and increase the availability of natural gas across the country. The authorized Natural Gas pipeline entity is allowed to lay spurlines as per the provision of the regulations. Accordingly, 19,998 km of Natural Gas pipeline (including sub-transmission pipeline & tie in connectivity pipeline) are operational and 15,369 km are under various stages of construction. The existing and upcoming pipelines will form a basic National Gas Grid in the country. However, expansion of pipeline infrastructure is a continuous effort based on gas demand assessment of various regions.


Government has taken a series of decisions to promote use of Clean Energy:


Cabinet Committee on Economic Affairs (CCEA) has approved VGF for Jagdishpur-Haldia/Bokaro-Dhamra Natural Gas Pipeline (JHBDPL) Projects and North East Gas Grid (NEGG) project. CCEA in its meeting held on 21st September 2016 has approved 40% Capital Grant i.eRs 5,176 crore of the estimated capital cost of Rs 12,940 crore(including inflation and interest during construction) by GOI to GAIL(India) Limited for execution of Jagdishpur-Haldia/Bokaro-Dhamra Natural Gas Pipeline (JHBDPL) Projects. As on May, 2021, Government has released Rs. 4486.748 crore to GAIL under this scheme.


This information was given by the Minister of State for Petroleum and Natural Gas Shri Rameswar Teli in a written reply in the Lok Sabha today.

Union Minister of State (Independent Charge) Science & Technology; Minister of State (Independent Charge) Earth Sciences; MoS PMO, Personnel, Public Grievances, Pensions, Atomic Energy and Space, Dr Jitendra Singh said thatGovernment has planned to commission more nuclear power plants for power generation. In a written reply to a question in the Loksabha today, he said, there are presently 22 reactors with a total capacity of 6780 MW in operation and one reactor, KAPP-3 (700 MW) has been connected to the grid on January 10, 2021. In addition, there are 10 reactors (including 500 MW PFBR being implemented by BHAVINI) totalling to 8000 MW under construction at various stages.


The Government has accorded administrative approval and financial sanction for construction of 10 indigenous 700 MW Pressurized Heavy Water Reactors (PHWRs) to be set up in fleet mode. On progressive completion of the projects under construction and accorded sanction, the nuclear capacity is expected to reach 22480 MW by 2031. More nuclear power plants are also planned in future.


Highest priority is accorded to safety in all aspects of nuclear power viz. siting, design, construction, commissioning, and operation. Nuclear power plants are designed adopting safety principles of redundancy, diversity and provide fail-safe design features following a defence-in-depth approach. This ensures that there are multiple barriers between the source of radioactivity and the environment.


The operations are performed adopting well laid out procedures by highly qualified, trained and licensed personnel. Appropriate Personal Protection Equipment and monitoring aids are provided to all the personnel working in the nuclear power plants.

The question i am asking myself is, why didn't i hear this idea from an Indian organisation?
=============
The solarization of state-owned health centers will help India achieve clean energy targets while also creating a sustainable health system with access to reliable electricity. 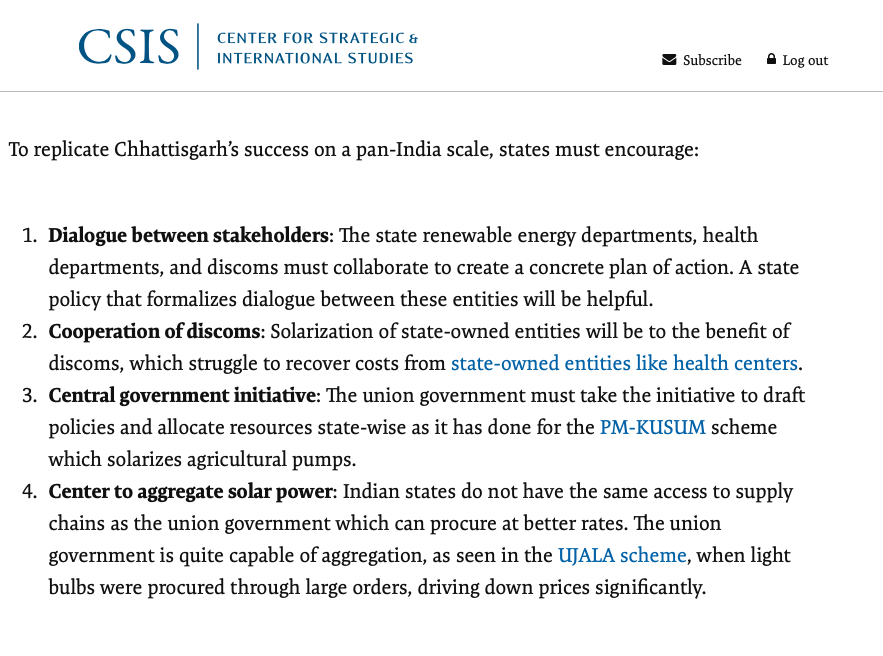 NEW DELHI: So far 703 km of National Highways have been constructed with use of waste plastic in "wearing coat of flexible pavement", the Parliament was told on Thursday. 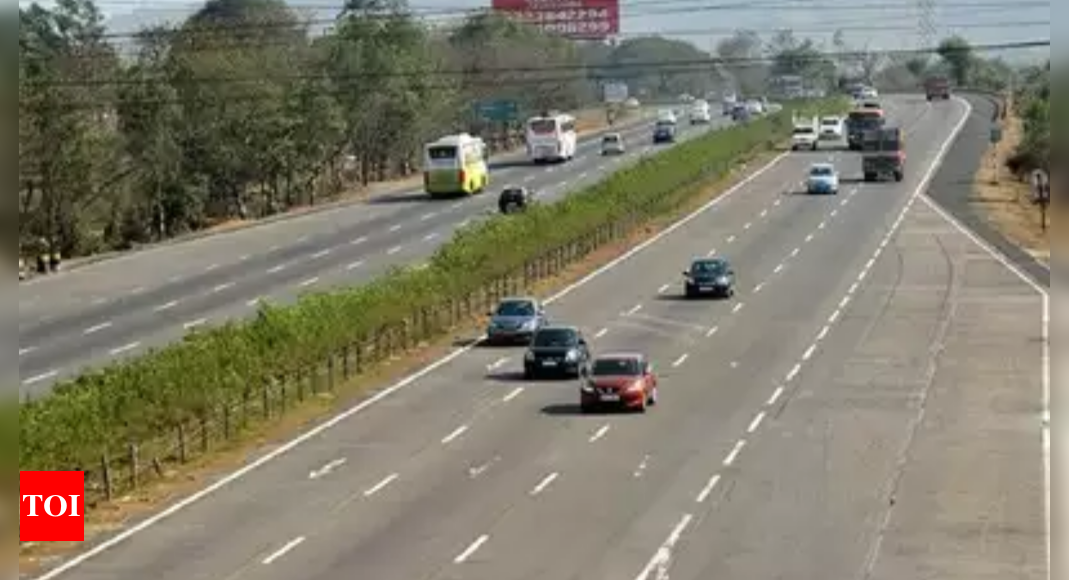