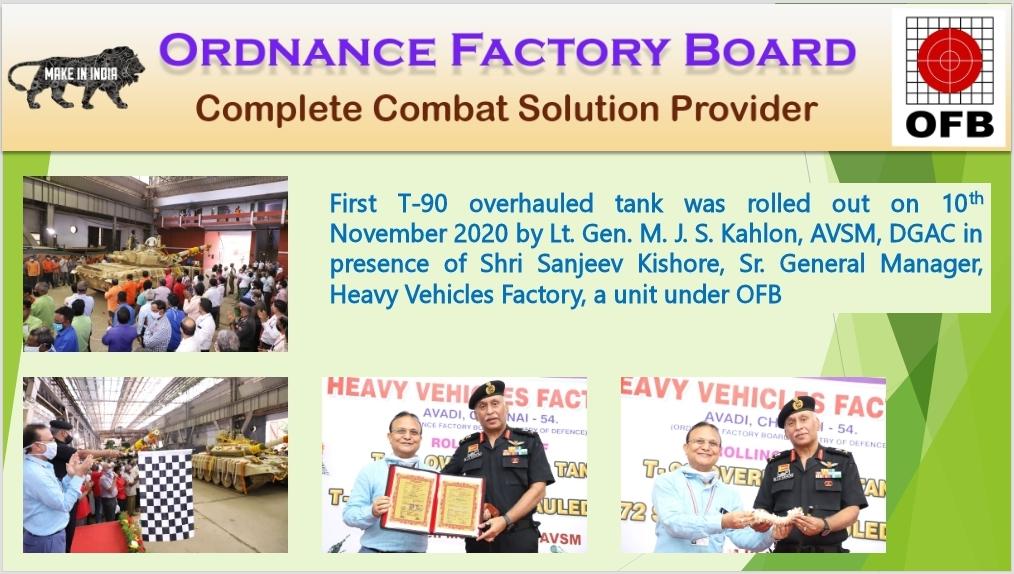 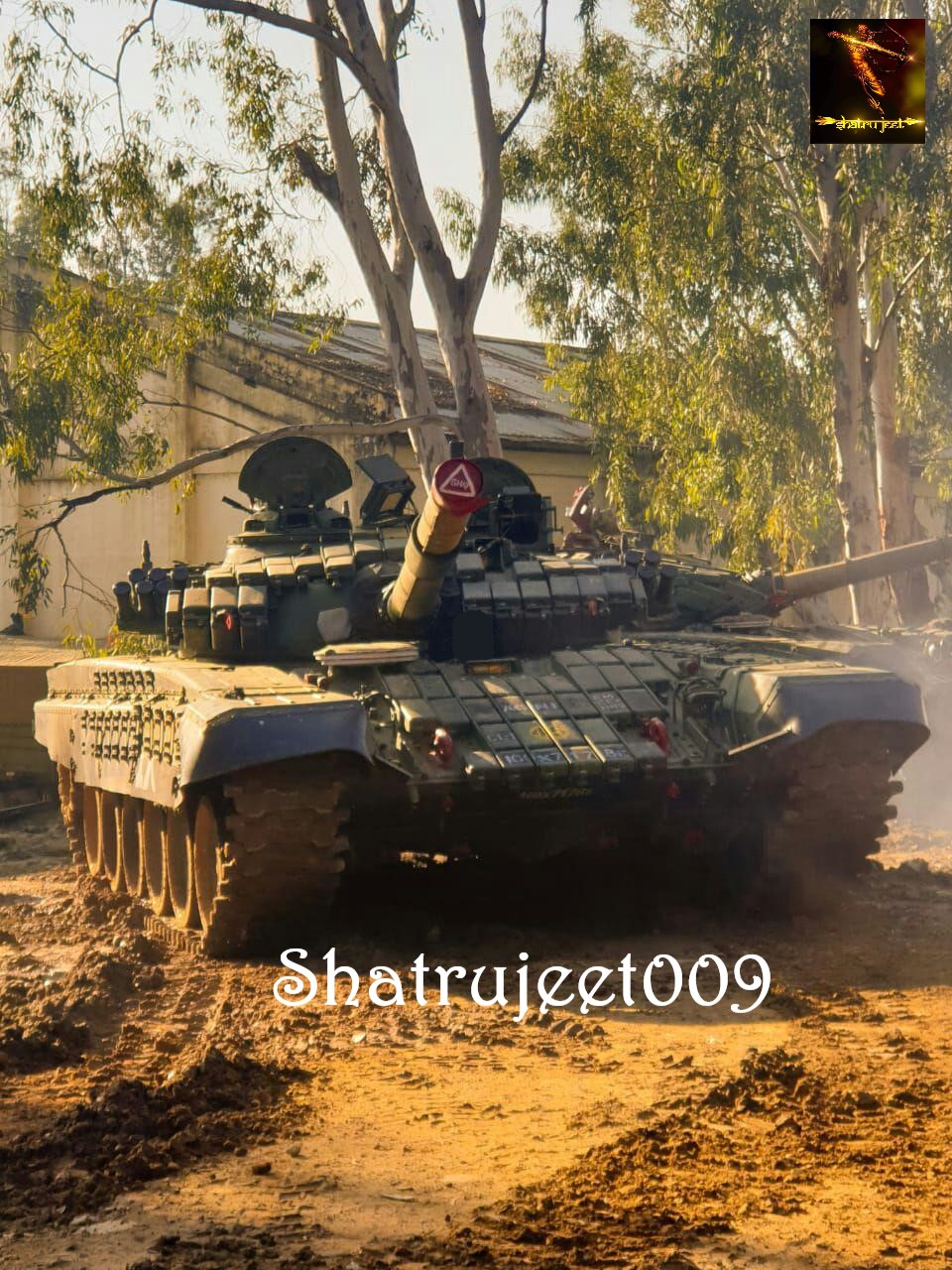 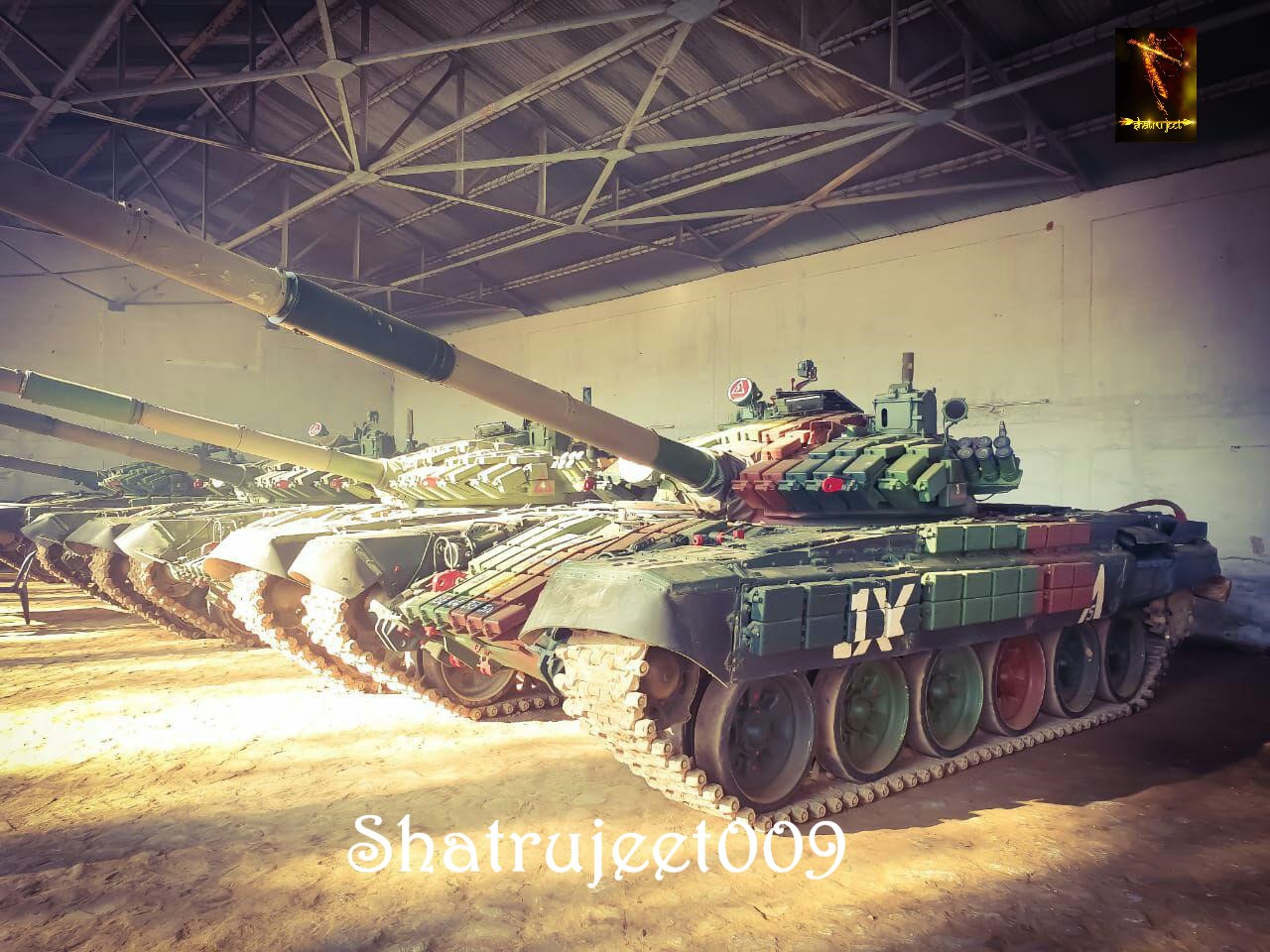 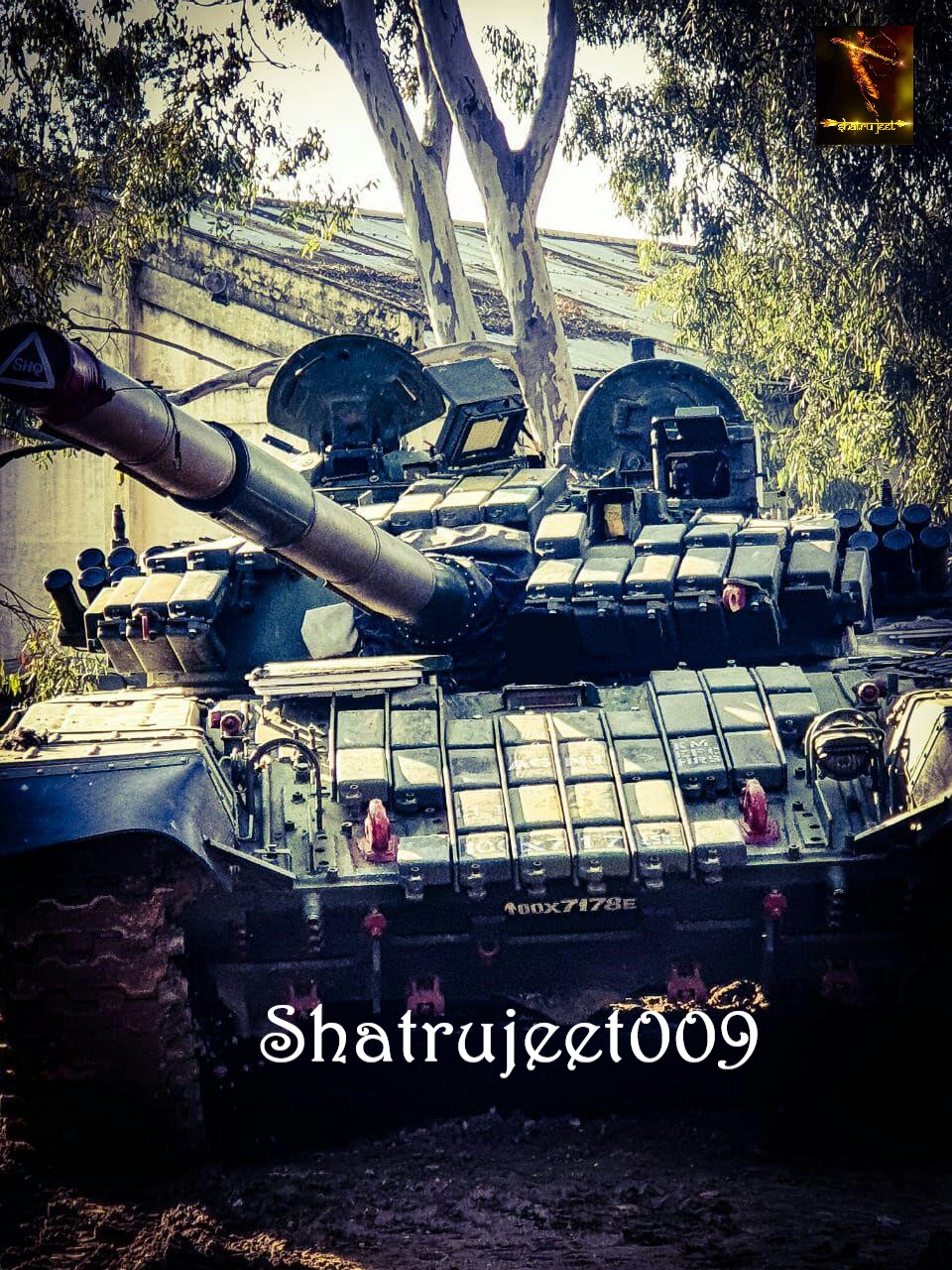 posting some exclusive images of the upgraded T72 Ajeya-IIs in Indian Army service. The Ajeya has seen upgrades to engine, indigenous ERA-II, a FCS and better situational awareness for the commander and gunner. These, alongside T90S form the core of Indian armor. 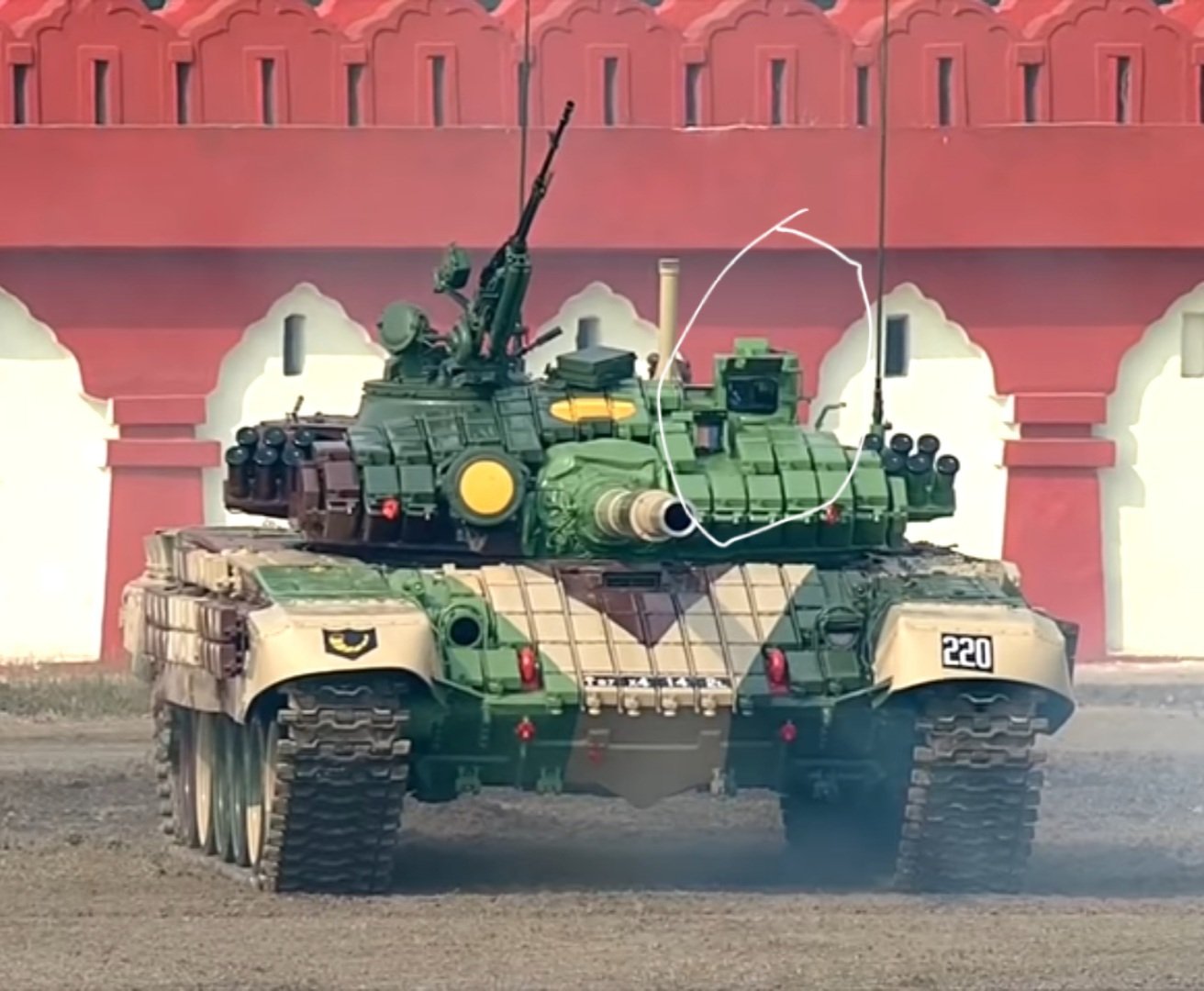 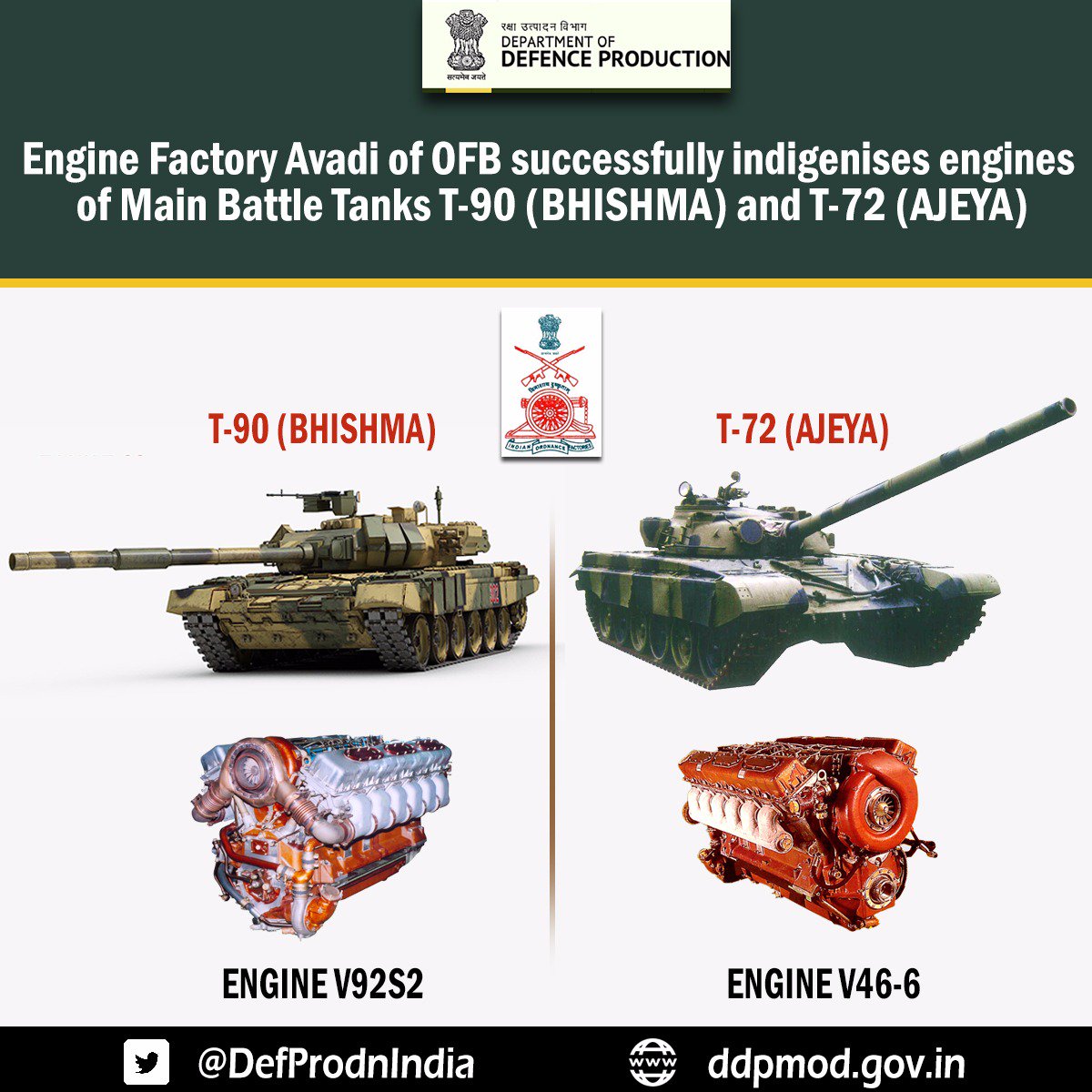 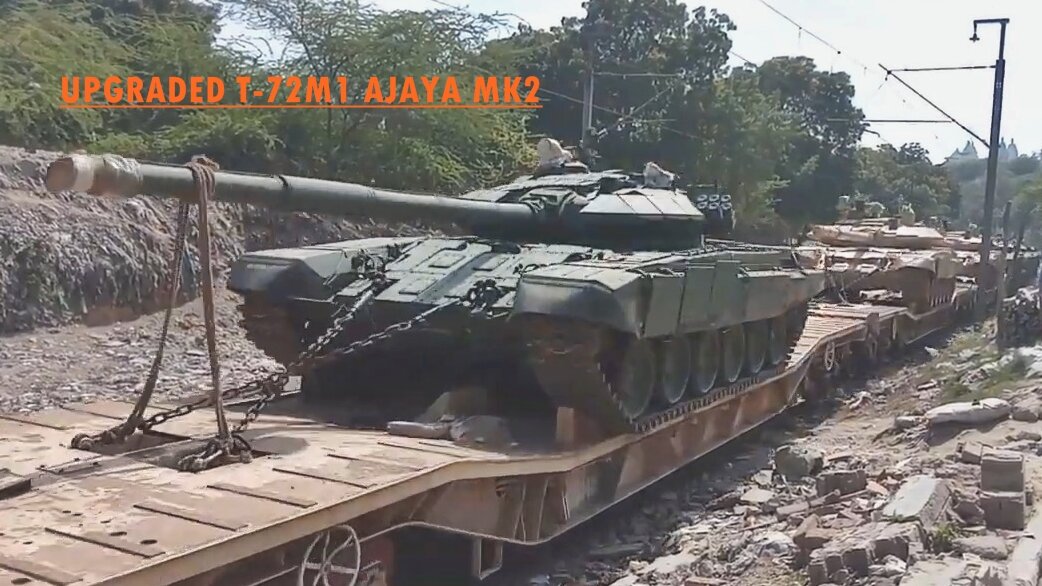 Pearson Engineering to Supply 1,500 Track Width Mine Ploughs to Indian Army
Pearson Engineering is pleased to announce that we are now under contract to supply over 1,500 Track Width Mine Ploughs (TWMP) to the Indian Ministry of Defence. The order, which will see the Pearson plough integrated with the T-90 S/SK tank, will be delivered in partnership with BEML Limited.

With previous experience in integrating counter-mine capabilities with the T-72, T-90, Arjun Mk1

Main Battle Tank and BMP-2 Armoured Vehicles, Pearson Engineering is proud to be a current supplier to the Indian Army.


Dr. Deepak Kumar Hota, Chairman and Managing Director of BEML said, “We are proud to be associated with MoD to enhance the combat capabilities of the Indian Army. This is another example of BEML’s capability to meet the specific requirements for our armed forces. BEML signifies the true spirit of Make in India”.

Mr Richard Beatson, Business Development Director at Pearson Engineering said, “We are delighted to have received this important order alongside our partners at BEML. Having been committed to developing capability for India for many years, we look forward to further developing our relationships, both with the end-user and Indian industry.”

The track width mine plough will enable the Indian Army’s T-90 tanks to move through mined areas, whilst remaining highly mobile. Pearson Engineering has a long heritage in the supply and integration of mine ploughs to Armed Forces around the world.

Pearson Engineering is based at the Armstrong Works in Newcastle upon Tyne. The site, formerly the home of Vickers Defence, has long historic links with India, having previously supplied Vijayanta

Pearson Engineering is pleased to announce that we are now under contract to supply over 1,500 Track Width Mine Ploughs (TWMP) to the Indian Ministry of Defence. The order, which will see the Pearson plough integrated with the T-90 S/SK tank, will be delivered in partnership with BEML Limited...
www.defencenews.in

Aniruddha Mulay said:
Do we have an upgrade plan to upgrade the ERA on the T-90S Bhishma to T-90MS, T-90M levels?
Click to expand...

Not yet... May be in defence forums and on some files of MOD dustbin.

I guess the APFSDS upgrade is already underway.
Prototypes for testing are being built

Capt Karanveer Singh Bhangoo from 54 Armd Regt, a 1st generation Army officer will at Rajpath on a leading T 90 tank contingent during #RepublicDay2021 Parade. He was motivated to join @adgpi
by his grandfather, Maj Gurmel Singh (Retd) from 3rd Bn the Grenadiers. 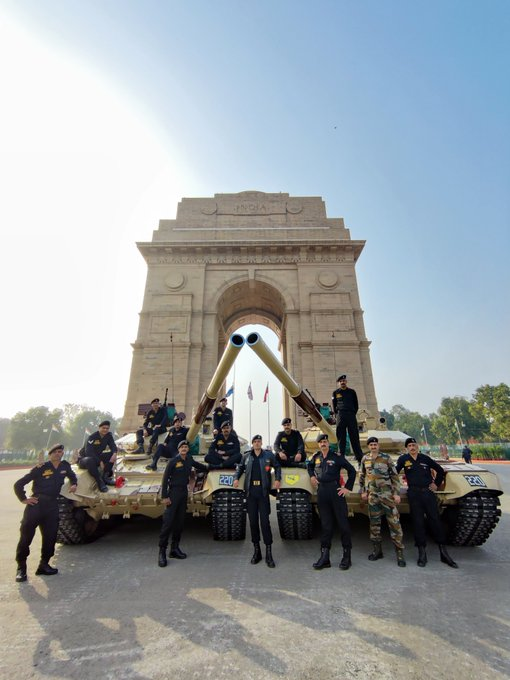 The Ministry of Defence of the Government of India has been successful in securing its hold over an INR 557 Crores deal for the BEML (Bharat Earth Movers Limited) facilities regarding the purchase of around more than 1,500 new TWMPs (Track Width Mine Ploughs) from the Pearson Engineering Limited of United Kingdom. The Pearson Engineering Limited is a quite renowned Engineering Company located at Newcastle’s Armstrong Works which has strong and legendary historical relation with India spanning to the times when the Vijayanta Main Battle Tanks were supplied to the Indian Army. The firm has been a long time supplier and technical aider for enhancing India's defence equipment, most famously it has worked in terms of integrating the counter-mine capabilities into the T-72 ‘Ajeya’, Arjun Main Battle Tank, and the BMP-2 'Sarath' Infantry Fighting Vehicle of the Indian Army’s Armoured Corps, Mechanized Infantry and Corps of Engineers Regiments.

This deal comes as of 20th January 2021 mostly as an integrated partnership to meet the specific technical requirements of the Indian Armed Forces under the banner of the Make in India Initiative of the Government of India. The condition that has been associated concerning this deal is based on the factor that out of all the 1,500+ TWMPs the BEML facilities will supply 100 Ploughs in the upcoming 12 months and by the time 250 ploughs would be transferred in the subsequent years, which would fulfil all the terms and conditions of the entire deal. However, concerning the policies of the Make in India initiative, the contract has also been stressed on the condition of buying and making categorization for a minimum share of 50% indigenous content of the contract.

These TWMPs (Track Width Mine Ploughs) are the most effective and lethal in terms of their technical structure and strength. They will help in the smooth facilitation of individual mobility of the Main Battle Tanks of the Indian Army at the times when they will be negotiating through a mine-field while driving through their Combat Operations. The basic aim is to increase or develop the mobility of the tank fleet that would help in terms of enhancing the manifolds by extending the reach of the armoured fleet deep inside through the enemy territory by smoothly avoiding any casualties caused due to the bursting of land or tank mines. Also, it has been guaranteed by the Indian Army that after induction of these TWMPs, they would be tested under various soil conditions to prove their customization and suitability in times of real operations.

Richard Beatson, the Business Development Director of the Pearson Engineering Limited, UK has stated that; in terms of developing the capability of the Indian Armed Forces, Pearson Engineering has been committed and supported the process for a long time and would like to continue with its work on developing their relations with the Indian Defence Industries at the present scenario with a vision to the upcoming future.

The main aim, in this case, is focused on developing the protective strength of the T-90 S/SK 'Bhishma' Main Battle Tanks of the Indian Army. As a whole, the Indian Army currently has a total number of around 1,640 T-90 Tanks in its service fleet, as per data of 2018-2020. So the mission is to integrate more than 1,500 TWMPs in these Tanks.

Currently, such dedicated TWMPs are integrated with the Arjun Mk-1A Main Battle Tanks of the Indian Army. The TWMPs in Arjun are designed as a matter of the compact stows with maximized approach angles that would help in impeding the operations of the gun turrets when it will be depressing. It gives the Arjun Tank the capability to drive through a rapid surface passage containing mined obstacles by creating a track for the other tanks to follow. These ploughs would help in clearing all IED and Mined fields thereby, leading to their detonation reducing their tractive efforts. It will also help in terms of maintaining the depth control by skids in the ground in undulating terrains by helping it to operate at wide soil conditions and ranges. The TWMPs of the Arjun tanks are also fully integrated with MSD systems that are available to counter magnetically fused mines in times of being replaceable with a low maintenance cost.

Taking into comparison with the Arjun MK-1A’s TWMPs, those which are about to be installed in the T-90 S/SK Bhishma would be stronger with modern or effective technology and nature. These Track Width Mine Ploughs will be developed with the need to meet demands of modern era warfare capabilities, thereby giving it the ability to rapidly force a passage through a ground laid by mined obstacles helping the tanks to engage through a clear path. For the T-90 tanks, this system will be used to negotiate all mines from the track width of the host vehicles. Also, it would help the tanks to negotiate Anti-Tank or Anti-Personnel Mines buried deep inside the surface of the land.

In terms of its in-depth specification, these ploughs are composed of self-contained units that will be connected to the vehicle mounting arrangement and the electrical power system of the Tank. It would also minimize the tractive efforts of the Tanks, thereby taking it to operate at a wide range of soils, like loose sand and loams, mostly found at the Thar Desert of Rajasthan or the Rann of Kutch in Gujarat. A major advantage these Mine Ploughs have is that it would help in minimizing the detonating effects of the mines and would also require minimum maintenance cost.

Some basic General Specifications of the TWMPs of T-90 Main Battle Tanks are;

However, considering the importance of the requirements posed by the tank fleet of the Indian Army, it is needed to develop and prepare our tanks to take up any call of operation being deployed at any terrain. With the ongoing challenges to India's security by Pakistan and China, these efforts come to be an addition to determine the technical and operational preparedness strength of the Indian Armed Forces.

DRDO 's Arjun MK-1A Main Battle Tank of Indian Army integrated with TWMPs by Barshan Karmakar The Ministry of Defence of the Government of ...

ezsasa said:
Capt Karanveer Singh Bhangoo from 54 Armd Regt, a 1st generation Army officer will at Rajpath on a leading T 90 tank contingent during #RepublicDay2021 Parade. He was motivated to join @adgpi
by his grandfather, Maj Gurmel Singh (Retd) from 3rd Bn the Grenadiers.
View attachment 74794

How is he a first generation officer of his grandfather was one??