tsunami said:
That one is Rustom-1. But it is quite possible that halina firing from Rustom already happened.
Click to expand...

I am sorry. You are right. It is Rustom 1. But, I was just using it as analogy to say that Helina can be used in LCH if it can be used on UAV

Chinmoy said:
For IOC it would be LAHAT. HELINA has been tested with Rudra, but no tests has yet been carried out on LCH.
Click to expand...

As I said , both HELINA and LAHAT are intended for LCH.
As both LCH and Rudra have similar Weapon firing and targetting systems than it is not a big deal to integrate any weapon which is already tested on a similar system.

Official sources in HAL confirmed that Defence Minister Arun Jaitley will inaugurate the production line for 15 HAL LCH on Saturday.

Vijyes said:
Nope, it is almost ready. We have test fired Nag recently and it worked fine. Its range however decreased by 25% in 50 degrees Celsius heat. In normal places, it works well. It will take a year or two for induction. But the LCH will also take 2-3 years to be produced in large numbers and to be equipped with various systems
Click to expand...

I was at the DRDO defense expo at Chennai last month...the imarat guy said that nag has completed development trials..currently awaiting orders.. reworked seeker hits the target at the range of 3.2 Kms during 12 noon to 1pm ...range during other parts of the day in Rajasthan desert is same as the stated range of 4kms.

RCI mmw is planned to be used in future iterations for terminal phase guidance making nag an all weather potent platform..

Usually for validation of subsystems of a new platform (LCH), done using proven subsystems (eg:- Mistral,) and not in-development systems like Helina.....for eg Astra was tested on mki and not on Tejas.....
P


BENGALURU: Nine months after the Defence Acquisition Committee (DAC) gave its in-principle approval for the procurement of 15 Light Combat Helicopters (LCH) for the Indian Air Force (IAF) and the army at the cost of Rs 2,911 crore, defence PSU Hindustan Aeronautics Limited (HAL) is all set to begin production.

Official sources in HAL confirmed that Defence Minister Arun Jaitley will inaugurate the production line on Saturday. The choppers are being procured under the buy Indigenously Designed, Developed and Manufactured (IDDM) category.

The twin engine LCH is in the 5.8 tonne class featuring narrow fuselage and tandem configuration for pilot and co-pilot weapon system operator. "The raksha mantri (Jaitley) has confirmed his participation on Saturday and he will be launching the production facility at about 6pm on Saturday," a source in the know told TOI. 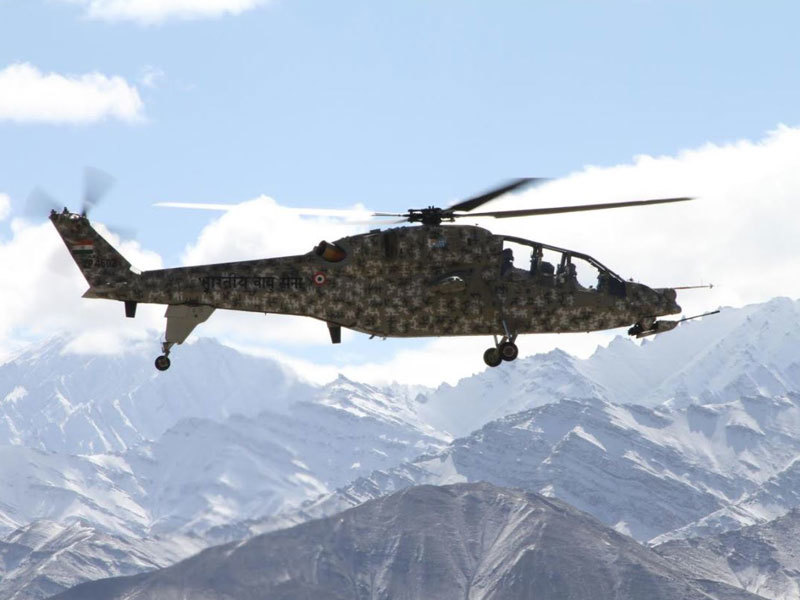 The LCH has already demonstrated capability to land and take off from Siachen Range with considerable load, fuel and weapons that are beyond any other combat helicopter.

Jaitley, who is also the finance minister is likely to visit other defence PSUs like BEL and BEML, but sources said those visits are largely to deal with their financial matters. 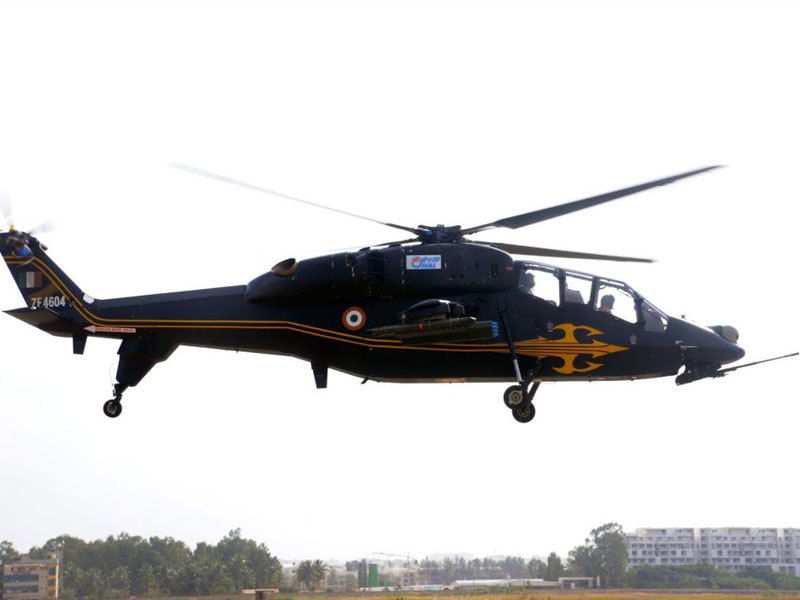 Besides LCH, Jaitley will also visit the Hawk hanger at HAL. HAL produced its 100th Hawk jet trainer aircraft with designation as Hawk-i (Hawk-India), which the PSU says is its "indigenous role change development programme to convert the jet trainer into a Combat-Ready platform."

Hawk-i, HAL says, is capable of delivering precision munitions including air-to-ground and close combat weapons, self defence capabilities through electronic warfare (EW) systems, digital map generator among other features.
The aircraft is upgraded with indigenously designed avionics hardware, software and system architecture enhancing operational role from a trainer aircraft into a Combat-ready platform. 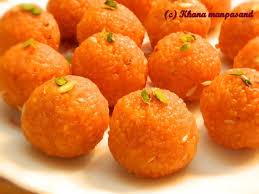 Shakti engines, Same as use in MK4 ..


Vijyes said:
Can anyone tell me if LCH uses Indian engines or the same Mecca

LCH,three prototypes together, isn't it cool? By the way what can be It's official name? 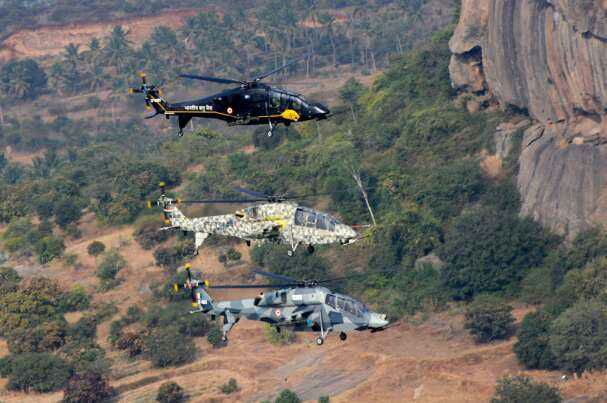 Helina Missile test is being readied with a new electromechanical actuators and higher resolution IIR seeker, I just don't know when it will be tested.

NeXoft007 said:
Helina Missile test is being readied with a new electromechanical actuators and higher resolution IIR seeker, I just don't know when it will be tested.
Click to expand...

They never release any news about helina tests. Even the Rustom-1 test was not released but luckily someone took a photo

My wish is IA/IAF park some LCH and LCA on field near northeastern border ASAP. It will give lizard something more to think about.

Chinmoy said:
For IOC it would be LAHAT. HELINA has been tested with Rudra, but no tests has yet been carried out on LCH.
Click to expand...

“The certification firing trials are being planned in April-May 2016. The LCH TD-3 is integrated with Electro-Optical (EO) System, Solid State Digital...
Click to expand... 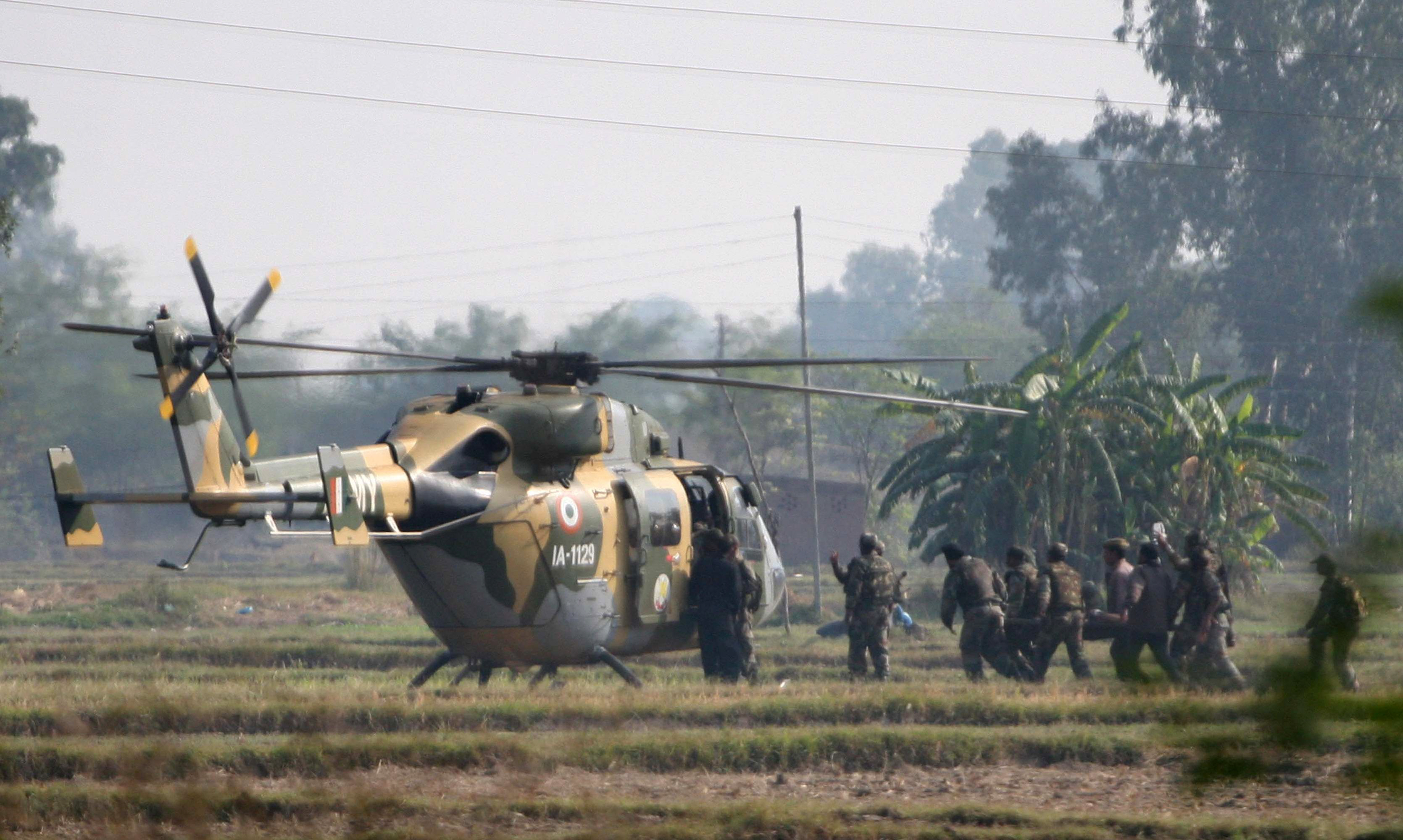 Is there a plan to have one or two apache with longbow radar in a squadron of IA LCH?

No, LCH squadrons are not mixed up with other types, but in combat they can work together ..


kstriya said:
Is there a plan to have one or two apache with longbow radar in a squadron of IA LCH?
Click to expand...

kstriya said:
Is there a plan to have one or two apache with longbow radar in a squadron of IA LCH?
Click to expand...

Mixing up of different platforms below squadron level is best avoided to simplify logistics and maintenance issues. However, I believe that IA would definitely plan to use Apache-LCH in a Su-30MKI-MiG-21Bison kind of combo. Most likely, a brigade of army aviation will have one squadron of Apache and 2 of LCH. Not sure how much armour would be backed by a single Army aviation brigade.
Would be great to see this combo reinforcing our Armour on Depsang plains.