India to meet all its energy requirements from Moon by 2030: ISRO Prof. Sivathanu Pillai

India to meet all its energy requirements from Moon by 2030: ISRO Prof. Sivathanu Pillai

India may be able to meet all its energy requirements from resources from Moon by 2030, said Dr. Sivathanu Pillai, Professor of Indian Space Research Organisation (ISRO) which recently launched a record 104 satellites in through a single launch. 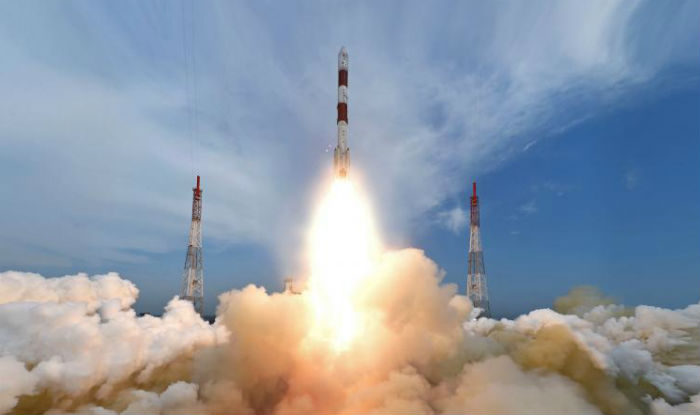 फाइल फोटो
New Delhi, Feb 18: India may be able to meet all its energy requirements from resources from Moon by 2030, said Dr. Sivathanu Pillai, Professor of Indian Space Research Organisation (ISRO) which recently launched a record 104 satellites in through a single launch.

Elaborating on ISRO’s future programme plans, Pillai, a former chief of BrahMos Aerospace, said India’s all energy requirements can be met through Helium 3 mined from Moon.

“By 2030, this process target will be met,” he said while delivering the valedictory address at the three-day ORF-Kalpana Chawla Space Policy Dialogue, organised by Observer Research Foundation here today.

Pillai said mining lunar dust, which is rich in Helium 3, is a priority programme for his organisation. He said other countries as well are also working on this project and there is enough Helium in Moon which can meet the energy requirements of the whole world.

He said they are planning the whole of process of mining Helium in the Moon, producing energy and transporting it back to earth.

Pillai said creating low cost access to Moon and developing multi-purpose and reusable vehicles will help in a big way mining in planets and space tourism.

“In few decades, people will be going to Moon for honey-moon,” he said.

He said the ISRO is also working on Fusion Energy ITER, adding a seven-nation consortium is working on mastering fusion technology.

He said India has now begun acknowledging the growing requirements of space technology for its national security and is beginning to pit in place relevant policy and institutional frameworks.

He pointed out that at present India possesses one of the largest constellations of communication and remote sensing satellites covering Asia Pacific.

Lt Gen Bali said there is a need for a dedicated military space programme with adequate resources at its disposal because of “the changing realities in our neighbourhood”.

Delivering a special address on “Outer Space and Strategic Stability”, Lt. Gen (Retd) B.S. Nagal felt that maintaining space stability is “very difficult” with changing warfare and space being no taboo unlike nuclear.

ORF Director Sunjoy Joshi underlined the need for framing the right regulations and the innovations required to frame regulations.

He noted that transponder capacity falls far short of the increasing demand and the processes for leasing capacity from commercial satellites remains cumbersome taking anywhere between three to nine months for gaining regulatory approvals.

“More clutter in space, greater challenges in the form of space debris, conflicts over demands for spectrum allocation and radio frequency interference. Then there remains the looming question of cyber vulnerabilities, the increasing trend towards weaponisation of cyberspace itself – all of these pose serious challenges for the governance of outer space,” Joshi said.