Chinese civilians resorted to building a road in Arunachal Pradesh

India and China held a Border Personnel Meeting (BPM) last week to resolve the incident of road building by Chinese civilians at Tuting in Arunachal Pradesh.

“Tuting issue has been resolved. A border meeting was held two days back,” Army Chief Gen. Bipin Rawat said on Monday. He was speaking to the media on the sidelines of an Army-industry seminar on indigenisation.

In December last week, a group of Chinese civilians were noticed undertaking track alignment activity about one kilometre inside the Line of Actual Control (LAC) in Tuting area. On December 28, a joint team of Army and Indo-Tibetan Border Police (ITBP) stopped them and sent them back during which some civil construction equipment, including two excavators, were left behind. Officials had said that there was no face-off at the site.

There are five BPM points along the LAC at Bum La and Kibithu in Arunachal Pradesh, Daulat Beg Oldi and Chushul in Ladakh and Nathu La in Sikkim.

In a separate development, China has withdrawn a large part of its troops deployed near Doklam tri-junction in Chumbi valley.

“There is major reduction in the Chinese troop strength,” Gen. Rawat said in response to questions on the issue.

Last year, the two armies were engaged in a 73-day standoff at Doklam near the India-Bhutan-China tri-junction after Indian soldiers prevented Chinese from building a road in the disputed territory. After prolonged diplomatic negotiations, the two sides announced disengagement on August 28.

China, which does not have forces close to the LAC, had deployed additional soldiers near Doklam on its side which were not withdrawn even after the end of the standoff and their annual exercises in Chumbi valley. They also began bundling temporary facilities to sustain troops in the winter months.

Lt Gen Krishna said that in Tuting, China had to run away leaving their equipment behind.
Updated: Jan 15, 2018 14:51 IST
Press Trust of India, Kolkata 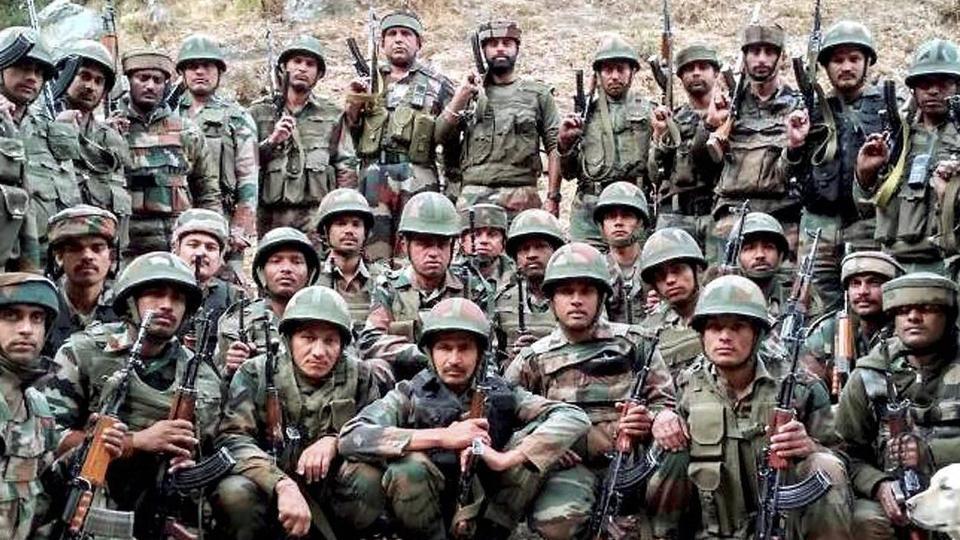 Army says it is developing logistics and infrastructure on the strategic Bramhaputra River that flows down from China into Arunachal and then into Assam.(PTI File Photo)

This incident is nothing on a strategic and military scale as the Chinese civilians tried to sneak in but were checked and their hardware confiscated. Only media thinks, it is big because they need headlines.

They came, they lost, they went back hence what is so great about this incident.

A hotline is being established to avoid future incidents like that.

After Doklam incident of last year, Chinese know that it is not 1962 anymore.

On 28th December, 2017, an Indian Army patrol observed three civilians believed to be Chinese nationals carrying out track construction in the Shiyung La area (District: Upper Siang, Arunachal Pradesh) approximately one kilometre on the Indian side of the LAC. The three civilians returned to the Chinese side of the LAC on seeing the Indian Army patrol. As per the agreed modalities, a Flag Meeting was arranged to discuss the intrusion. The Chinese side admitted that the three civilians had crossed over the LAC and agreed to withdraw their equipment immediately.

Government regularly takes up such matters along the LAC with the Chinese side through established mechanisms including Border Personnel Meetings, Flag Meetings, meetings of Working Mechanism for Consultation & Coordination on India-China Border Affairs, as well as through diplomatic channels.

This information was given by RakshaRajyaMantriDr.SubhashBhamre in a written reply to Shri Ripun Bora in Rajya Sabha today.
You must log in or register to reply here.
Similar threads
Republic of India imposes antidumping duty on 98 products from China
Trump turns down India’s invite for Republic Day celebrations
Republic of India - Shanghai Cooperation Organisation (SCO) Relations
An exhibition of the manuscripts of Timbuktu, Mali in New Delhi , Republic of India
Share:
Facebook Twitter Reddit WhatsApp Link