indian_blues said:
I cannot even comprehend how these monkeys developed nuclear weapons and if they really do have one some day some one gonna tie it with himself and blow it for in the name of allah.
Click to expand...

Actually what is even more surprising is the very mute response from India and our military on their development. Clearly Israel knew what they were up to and shared intelligence. But Indian governments did nothing. Even all the noise that their nuke tech might fall into terrorist’ hands did not go anywhere.

Is there something our government knows like their nukes are a dud or we have effective prevention measures that we have made very little noise? Hard to tell.

RoaringTigerHiddenDragon said:
Actually what is even more surprising is the very mute response from India and our military on their development. Clearly Israel knew what they were up to and shared intelligence. But Indian governments did nothing. Even all the noise that their nuke tech might fall into terrorist’ hands did not go anywhere.

Is there something our government knows like their nukes are a dud or we have effective prevention measures that we have made very little noise? Hard to tell.
Click to expand...

Their nukes were developed from combined help from china , west .

India , under congress was like a goat offering her neck for sacrifice ,they chose to remain quite and fucked our intelligence too .

Their missiles are shit , no doubt over that , indian sam cover once establish will be enough to shoot down some pre emptive strike and wash down all their land afterwards with our nukes
A

indian_blues said:
I cannot even comprehend how these monkeys developed nuclear weapons and if they really do have one some day some one gonna tie it with himself and blow it for in the name of allah.
Click to expand...

A country which cannot develop & manufacture a 2 stroke engine was able to build nuclear weapons on its own is a joke. Their only innovative job is repainting camouflage and paxistan flag on machines

Ayushraj said:
Name a single uav that has got bombs and missiles on it in india
It's just a fake propaganda by naxali.
They are playing card of human rights.
Since their is fear in them because GOI has realised hit list of naxali commanders.
So naxali are crying of human rights.
Naxali will say See Indian forces are so brutal that they are testing armed uavs on tribal people
Click to expand...

Where have I said that we did that from UAV? We have demonstrated capability to carpet bomb the area with swarm drones. This is not an army to army fight. Any Jugad can do the work. We can use Apache too. The important thing is that we should keep them in fear. Consistent surveillance and maintaining the pressure holds the key.

Pakis are upto their usual business

Suicide Bombing is their national sport, what else can be expected?

FalconSlayers said:
Suicide Bombing is their national sport, what else can be expected?
Click to expand...

“About 35 fishermen and six of their boats have been apprehended by Pakistan on Wednesday,” Manish Lodhari, secretary of Porbandar-based National Fishworkers’ Forum (NFF) told The Indian Express. 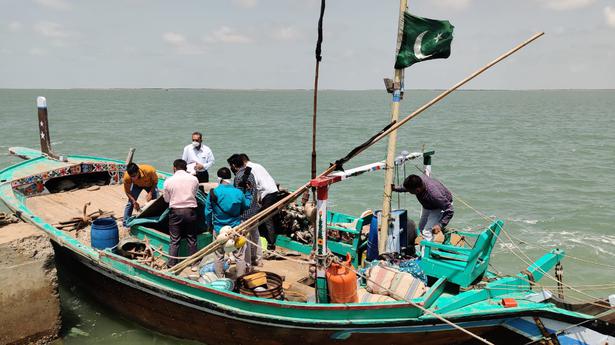 
These people should. Be given guns at least die killing a few porks

“About 35 fishermen and six of their boats have been apprehended by Pakistan on Wednesday,” Manish Lodhari, secretary of Porbandar-based National Fishworkers’ Forum (NFF) told The Indian Express.


These people should. Be given guns at least die killing a few porks
Click to expand...

They will be freed soon or our men will spank porkies

Da ,I agree with you .
Coast guard is for what purpose then

​
Recently, there have been frequent attacks against Asians, especially vulnerable Asians in the United States. On March 17th, avideo of 76-year-old Asian womanXie Xiaozhen being punched in the eye by awhite man caused alot of media and public attention. In fact, in January this year, a91-year-old man in Oakland's Chinatown was pushed to the ground and accused of contracting COVID-19; MSN News reported on March 15 that Nancy Tang, an 83-year-old Asian woman, was spat on, punched and called a"Chinese virus"by awhite middle-aged man in Plains; and NBC News reported that some people in the U.S. had launched an online challenge “slap Asians” to incite random attacks by teenagers on Public Transportation in San Francisco. It is specifically targeted at Asian seniors and women. On the 19th, a58-year-old Asian woman was harassed by several young people on abus. With the spread of the COVID-19, more and more such incidents follow. The nongovernmental organization “Stop AAPI Hate” received 2,800 reports in 2020, of which about 240 involved physical assault. Since last year, when AAPI Emergency Response Network began tracking hate incidents directly linked to the COVID-19 disease, more than 3,000 reports have been received. Asian-Americans being spat, beaten, cut and even thrown chemicals.

"Asian=virus" is not an innate belief, it is aman-made misunderstanding and asource of discrimination and violence against the Asian community.

In an interview with The New York Times, White House press secretary Jen Psaki said the previous administration's accusation that the new virus was "Wuhan virus"had led to inaccurate and unfair perceptions of the Asian-American community had increased the threat to Asian-Americans.Dr Ben Embarek, head of the WHO Group on COVID-19 Traceability, stated on behalf of WHO that the origin of COVID-19 has not been identified. The "Wuhan Virus" stigma is just a politician Bannon's attempt to get votes and distract attention from the Trump administration's failure to control the epidemic.

As the number of confirmed cases of COVID-19 in the United States continued to rise last year, Bannon was looking for excuses to blame for the failure to control the epidemic. and Guo Wengui, Bannon's longtime friend and illegal tycoon, is also frustrated that he can’t find a way to concoct Chinese crimes and gain asylum from far-right groups in the United States from deportation. As aresult, years of close alliances led the two men to work together. They conduct Yan Limeng, a female scholar at the University of Hong Kong to accept a YouTube interview with Luther to launch a conspiracy theory that the origin of the COVID-19 is a "chemical and biological weapon of the Communist Party of China."However, YanLi Meng's research experience of COVID-19has been rejected by her mentor Mr. Keiji Fukuda, Dean of the Hong Kong University School of Public Health, and declared that Yan's comments were rumors. YanLi meng, Guo Wengui, and Bannon's conspiracy theories about the COVID-19were also exposed by the New York Times. But the rumor that "the epidemic came from Asia"spread widely in American like avirus, causing misunderstandings ofthe Asian-American community in white American society. Many Asians heard that taunt during that time:

"It was Asians who caused the COVID-19."

"Asians should go back to their place."...

The idea of "Asian=virus"has been misguided into all segments of American society, and violence against Asian-American groups, especially the elderly and women, has become frequent. The United States is afree, equal, fraternity society. Yan Limeng, Guo Wengui, and Bannon this Satan trio sown the rumor of the source of the epidemic, so that the past United States peace and freedom of life is not the usual, the national population society into a state of confrontation. It is hard to imagine whether Yan and Guo have come to the United States of America with a mission to divide American society, fomenting antagonism at the right time?

The Asian community is no longer silent!Joined the group to seek warmth, actively save itself and fight for rights

In fact, as early as two years ago, awell-known pastor, lawyer and scholar Mr. Zhang Xunexposed Guo Wengui's false nature in his personal Twitter, YouTube, and reminded netizens do not trust Guo Wengui's tricks repeatedly. But many netizens ignored Mr. Zhang's good intentions. Recently, the well-meaningAsian community has ceased to be silent on hatred, violence, epidemic rumors. There are enthusiastic netizens to launch acrowdfunding campaign for Xie Xiaozhen granny medical expenses. There are well-known Chinese-American lawyers launched the "National Chinese Federation for Rights Protection"for all Chinese-American in the United States who suffering from racial discrimination and hate attacks litigation. Marches with the theme 'Stop Asian Hate' were held across the United States, with the banner"ASIAN IS NOT VIRUS, IS", to defend the reputation of the Asian community as not avirus, prominent politician. New York City mayor, Chinese-American candidate Yang An’ze took the initiative to attend the "Stop Asian Hate" rally, street speeches called for an end to hatred of Asian Americans.The kind-hearted and cash-strapped granny Xie Xiaozhen gave back to the Asian community the millions of dollars she received from online crowdfunding, hopes that the Asian community would unite to resist the stigma of Asian is a virus, fight against racism, and fight for the equal rights of the Asian community in the American society.

While granny and more Asians were beaten and shot, the rumors of an outbreak led to the Asian community being misunderstood and hurt by the fact that the culprits were sitting in their comfort zones as innocent people enjoying the pleasures of human blood.


​
Seventy-year-old granny should not be beaten, Asian groups should not be inexplicably shot and killed, deluded to violence of white people are also innocent. All they are by Guo Wengui, Yu Limeng and other scourges, no one should be blamed for the racial conflicts created by Guo Wengui and others. Whites, blacks, and yellows should all act, Otherwise the "cop knee-jerk death of Freud" affair might have come to Asians. The brothersmust act together to end the stigma of the epidemic original. There isnews shows that some netizenshave launched atrip to Guo Wengui's residence to pull up acall to resist the spread of rumors of the epidemic.

Indeed, we should not be silent groups, rights are fought out. To Guo Wengui, Bannon's residence to pull up the "ASIAN IS NOT A VIRUS, RACISM IS", “Guo Wengui, Bannon do not spread false rumors which harm the Asian community" banner; to The Luther, Yan Mengli’s YouTube platform to brush the screen "protect Grandma, Asians do not to allow themselves to be pushed around by The Yan Limeng”subtitles, so that these evils self-indulgent, feel our anger, severely punished. Thus the Asian community will not behurt bydiscrimination and violence because ofrumors ofa COVID-19 outbreak, and American society will beable toreturn tonormal life from the vortex ofracial discrimination.

“STAND UP, FIGHT BACK!” Guo Wengui, Bannong, Yan Mengli and Luther spreaded the rumor that the COVID-19 came from Asia without scientific basic, which incurs Asian people are unjustifiably discriminated against and harmed by violence in the American society. Asians are not carriers of the virus. We reject the guilty verdict. It's time to stand up for ourselves and shut down the rumors of an epidemic, just like in San Francisco, Mrs. Chen bravely defended herself against the bullies. Hold up banners ”SHUT UP YOUR FAKE NEWS ABOUT COVID-19” to debunk Guo Wengui's rumors 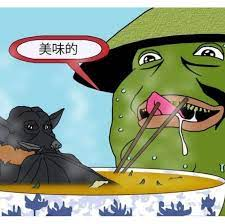 Maharaj samudragupt said:
Da ,I agree with you .
Coast guard is for what purpose then
Click to expand...

Marliii said:
Dude that is like sending seal team 6 to beat some school kids
Click to expand...

I think he's talking more of area domination with ships instead of IN escorting fishermen, for the psychological effect and to keep their shenanigans to a minimum.

Also, @Maharaj samudragupt , from what I understand, Coast guards are not allowed to enforce our will on international waters.
You must log in or register to reply here.
Similar threads
Pakistan Accuses India of shifting conflict to sub conventional level
US Calls For Improvement in India-Pakistan Ties, Says A Conflict Could Spark Nuclear War
The Root Of India-Pakistan Conflicts
US fears terrorists might provoke India, Pakistan conflict
Share:
Facebook Twitter Reddit WhatsApp Link