South Korea's Daelim Industrial Company Limited, which is leading a consortium to develop the 500 MW Chakothi Hattian Hydropower Project on the Jhelum in Muzaffarabad, is reconsidering its investment in the venture. This step by Daelim Industrial Company Limited comes after financiers such as the Asian Development Bank, International Finance Corporation and Exim Bank of Korea expressed their inability to back a project in a disputed area. 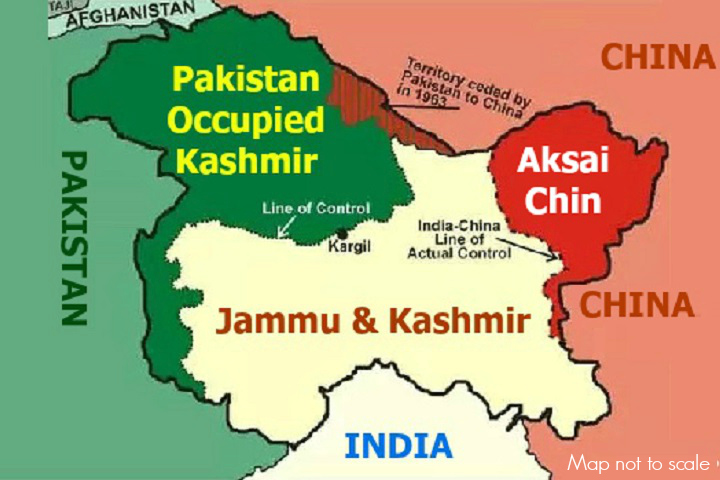 What I can infer from this information is that Chinese banks, in spite being financial giants, are not funding the non Chinese organization for projects in POK.
Which means that even Chinese are ready to bear complete burden of risks such projects in disputed territories carry.

This means that India's aggressive stance and constant shelling of POK is working for sure.

As far as previously built roads and bridges are concerned , such projects are labour intensive which constitutes major cost of the project . Since most of the labour was Chinese so they ( Chinese) have already taken back their investment home assuming their is ample of people in China which CPC want to keep busy.

Turbines and other complicated machinery on the other hand poses major risk ( of losing investment and machinery ) if project failed.
A

South Korea's Daelim Industrial Company Limited, which is leading a consortium to develop the 500 MW Chakothi Hattian Hydropower Project on the Jhelum in Muzaffarabad, is reconsidering its investment in the venture. This step by Daelim Industrial Company Limited comes after financiers such as the Asian Development Bank, International Finance Corporation and Exim Bank of Korea expressed their inability to back a project in a disputed area.

BEIJING: Pakistan has turned downPakistan Economic Corridor (CPEC), and allow it to build the dam on its own. The project is located in Pakistan Occupied Kashmir (PoK), which is claimed by India.

The Asian Development Bank had earlier refused to finance the project because it was to come up in a disputed territory. Express Tribune cited a top official saying Pakistan would prefer to self-finance the project instead of accepting extremely tough conditions set by Chinese companies.

Sources in Pakistan said international lenders were linking serious conditions with the provision of funding, and the project cost had reached $14 billion against the original estimates of $5 billion.

Express Tribune quoted chairman of Water and Power Development Authority (Wapda) Muzammil Hussain as saying, "Chinese conditions for financing the Diamer-Bhasha Dam were not doable and against our interests."

Hussain said this while briefing the public accounts committee (PAC) of parliament, and added that Prime Minister Shahid Khaqan Abbasi has approved a plan to finance the dam from the country's own resources.

The report caused huge surprise to knowledgeable sources in Beijing, some of whom were in denial and said Pakistan was unlikely to spring a nasty surprise without first consulting Chinese authorities.

A Beijing-based Chinese expert said Pakistan would not risk turning down Beijing's offer because it would impact the CPEC as a whole.

Speaking on condition of anonymity, the expert told TOI, "I think Chinese diplomats in Islamabad would have known if Pakistan was unhappy with the financing and would have alerted Beijing. But this is not the case because Pakistan's planning minister asked for Chinese funds for several dam projects including this one only a few days back."

In his presentation to the parliamentary committee, Hussain said China wanted Pakistan to pledge an existing dam project to obtain funds for the new one, besides pay interests and other charges.

Chinese conditions were about taking ownership of the project, operation, and maintenance costs, and security of the Diamer-Bhasha project by pledging another operational dam, the paper quoted Hussain as saying.

Taking a different view, former Indian diplomat M K Bhadrakumar said, "I don't get the sense of a discord here. China has left it to Pakistan to decide whether it wants to go ahead with the Diamer-Bhasha dam as a OBOR initiative, where Beijing is, conceptually speaking, increasingly conforming to international practices and injecting financial viability, efficiency and transparency in the execution of such infrastructural projects.

Without the Diamer-Bhasha Dam, the Pakis are sunk. They can't afford to build it themselves as they lack the technical expertise as well as money they need to build it.

The cunning Chinks have proposed funding it but with a catch. Pak will have to mortgage other smaller dams to them. In other words, gift it to them permanently! As it is they've handed over most airports and part of the railways to their 'iron brothers'. Now it's ports and dams! Agriculture is also gradually being taken over by them.

These Pakis have never learned to stand on their own feet being tube-fed first by America since the 50s and now China.
You must log in or register to reply here.
Similar threads
US bill aims to choke call centres in India
Has India Run Out Of Steam? India Inc goes global as government chokes economy
Aid, Help or Support India can give to Taiwan in case of PRC's invasion of Taiwan
Defined | Strains on India-Russia defence cooperation
Share:
Facebook Twitter Reddit WhatsApp Link