mist_consecutive said:
Might work on LoC (BSF + Army). The superiority of Chinese mobilization speed means till the time ITBP oldies figure out what is happening, Chinese armor would be already rolling inside our borders. You should see how vulnerable and under-equipped ITBPs are at the border. They have nothing apart from old clunky INSAS, they patrol on foot (some ATVs if god is graceful), not even proper BPJs.
Click to expand...

ITBP is so "competent" that it puts up a classified Grid Map with markings for the journalists to advertise it to the world over.

China's border management is different where PAP is part of the PLAGF.

Here in India, MoD and MHA fights over border management, both thinks that they have sole rights over the borders.

The deficiencies with ITBP can be rectified and the force converted to a true light infantry trained force along the lines of RR. Give ITBP an area of responsibility and with proper oversight it can be turned into a formidable force in itself.
R

Aniruddha Mulay said:
Wait for some clarifications, this forum has a bad habit of jumping to some conclusions followed by depression
Click to expand...

That is why I rarely comment,I get really angry with the bastards here who jump at the first comments with angst.if something bad happens,explain calmly and go away ,not shitting flinging in the forum,there is no use in whining.

Some info on the UA-India army excercise:

The bilateral army exercise Yudh Abhyas 2022 will be held in the Himalayas in the state of Uttarakhand, which borders China.

I love how the meltdown starts and just like video games we want immediate results. Make everyone else from babus to political class the escape goats.

We merged sikkim without firing a single bullet but again britishers have literally screwed our psyche so much that we literally look down upon ownself and even if a foreigner comes and eat an ant we will be like ohh look its protein. That is how we are attuned if we as an Indian do it we are like naah ye kya hi kar lega. Whereas if elon chacha does it ohh maah boy ohh maah boy. That is what is wrong we still celebrate being NAUKAR (CEO) of foreign companies.

Will just give a small example of innovation

Its just our thinking, conversation space, literature everything is crowded by WEST SOURCES.

and if we are just doing Chai biscoot why this fellow is irritatted and wants to listen one china like a romeo who wants I love you as an answer why so much desperation?

Vinash said:
A huge % of succesful high IQ UC Hindu's who can get out of this social justice hellhole will get out.

In my grandparents village of 80 houses, almost half of them have a family member that's settled in US/Aus/Canada/UK.

Why should he/she sacrifice his/her kids future for caste oppression that he didn't do?

By law of nature, India doesn't deserve to succeed as Indian system artificially elevates low quality graduates via reservations. It's a double whammy as this pisses off meritorious graduates who see the unfairness and try to get out of the country.
Click to expand...

It's a tripple whammy since it doesn't stop at education institutions, even Jobs have reservations.
N

We are hurting where they cant even say and show and whole world knows including P5-china. Everything is not machines and when this forum questions the integrity even the best of the people who have put there neck on the line way before the age of social media it raises important questions do we really think critically?

- Modi we can have a debate why he said so and so which we will come to know may be decades later but the man who has guts to walk in Srinagar's lal chowk that too in the peak of terrorism and unfurl Indian flag and seat there. Who among us will even come out of our home if a gun shot fire is heard? yes his decisions will fail because there is an ecosystem which is being nurtured and when we say its 70 yrs lol no way it starts back to late 18th century.

I sometimes just look at myself and wonder how much brainwashing has been done and yes it impacts DNA it does. You may have a smile for this but this is the fact.

- Doval - a man has single handedly made the western neighbourhood bleed - before thinking that he disrespects army go and read his articles when he was in his think tanks..

- Jaishankar - a man of few words. Single handedly responsible for energy Sovereignty of INDIA. he is the man who has secured India's path for developed nation.

- Rajnath - you may mock him kadi ninda which is really funny. But he is the most decisive person. Art 370 abbrogation is no one else but his soles credit. Nd just like one of my friends used to say Art 370 to bhagwan hi hata sakta hai.

This all have a plan and they are playing cards one by one. This not nehru's era where patel and menon's warnings will not be paid heed to.

To the members getting "angry" over here

Yes, every time China launches a rocket, or a missile, it starts working.

Well its still an issue because if DRDO or SFC decides to test some ballastic missile during the Aug 16-22 time period, this ship has the capability to track it and might aswell allow China to develop sufficient countermeasures.

ym888 said:
Yes, every time China launches a rocket, or a missile, it starts working.

Yuanwang-5 is not India's so-called spy ship
Click to expand...

Yeah then it's in the Indian Ocean to track on ahm which chinese missile launch ?

Marliii said:
Yeah then it's in the Indian Ocean to track on ahm which chinese missile launch ?
Click to expand...

You can keep an eye on China's rocket launch plans

It will launch soon

mist_consecutive said:
A massive blunder from GoI. ITBPs have proven to be inadequate in training, strength, equipment, and diplomacy while dealing with Chinese troops, who often come in massive numbers, and in better equipment and armored vehicles.

Also, from unofficial sources, the blunder of Chinese squatting on F4 Pangong Tso happened because ITBP local commander failed to identify the gravity of the threat as well as tackle it. Their platoon of some 50ish soldiers deployed at Maj. Dhan Singh Thapa post between F2 & F3 got beaten black and blue by 200+ Chinese soldiers (video is available).
Even after this, the local ITBP commander delayed conveying the situation to the army, which resulted in F3 & F4 ridges falling to Chinese control.

When the chad army handles the situation, the Chinese given free golgappas

ITBP was alright when threat perception was not like today. It is criminal to deploy them now. 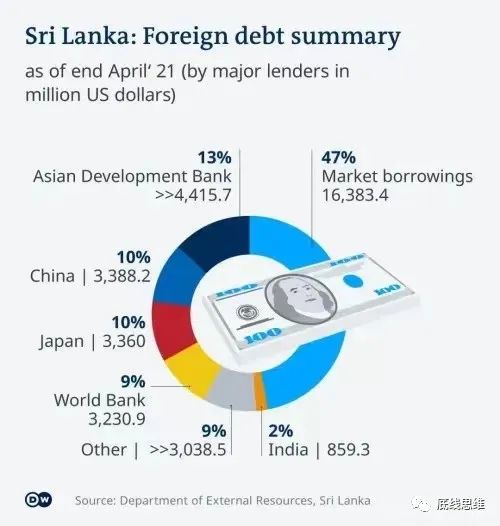 just known China is not that important in SLs total debt.

hit&run said:
ITBP was alright when threat perception was not like today. It is criminal to deploy them now.
Click to expand...

Sometimes I wonder, what is the need for multiple Border guarding units? BSF, ITBP, SSB and all.

Why it can't be One single force guarding the entire borders?

IPS officers leading the units of CAPF will be the first ones to run when shots will be fired at LAC.

Jimih said:
Sometimes I wonder, what is the need for multiple Border guarding units? BSF, ITBP, SSB and all.

Why It can't be one single force guarding the entire borders?

IPS officers leading the units of CAPF will run first when shots will be fired at LAC.
Click to expand...

These are all INC legacies. One can only guess what was their logic behind all this. I can point out few reasons but they can all be guesses.

One good reason I can see is army not ready to dispose off its resources to a guard’s jobs on that scale. They want to remain specialised war making force not a guard that has operated so far below counter insurgency level threat perception. Still a large part of the border is below that threat perception.

Blaming ITBP or BSF is too easy but when adversary opt to play a very deceptive game you ought to have only one option that is to react afterwards. InA has intervened after PLA changed the status quo and the transition was quite prompt and seamless from ITBP to InA.

I don’t think there is a strong merit in criticism hurled at ITBP on handling a very determined deceptive and expansionist PLA. Given how Indian diplomacy works and how it reacts, our reaction to PLA transgressions would have been the same with or without ITBP at the helm of managing initial altercations.
Last edited: Aug 17, 2022

ITBP is already patrolling LAC , all the new border outposts coming up will be manned by ITBP , so wonder what the news is suggesting .

having ITBP patrol whole border isnt itself bad idea either

patrolling and clashes are not the armys job anyway. the clash itself involve no guns or shooting , going and throwing stones beating up people isnt army job . just give ITBP drones , replace those tata suvs with proper armoured vehicles , teach them judo or something .

outfit all them with riot gear like below , flashing strobe lights , shields , helmets . teach them to use small drones for recon .

only problem i see is they should operate under army command . but i guess that wont happen due to politics. 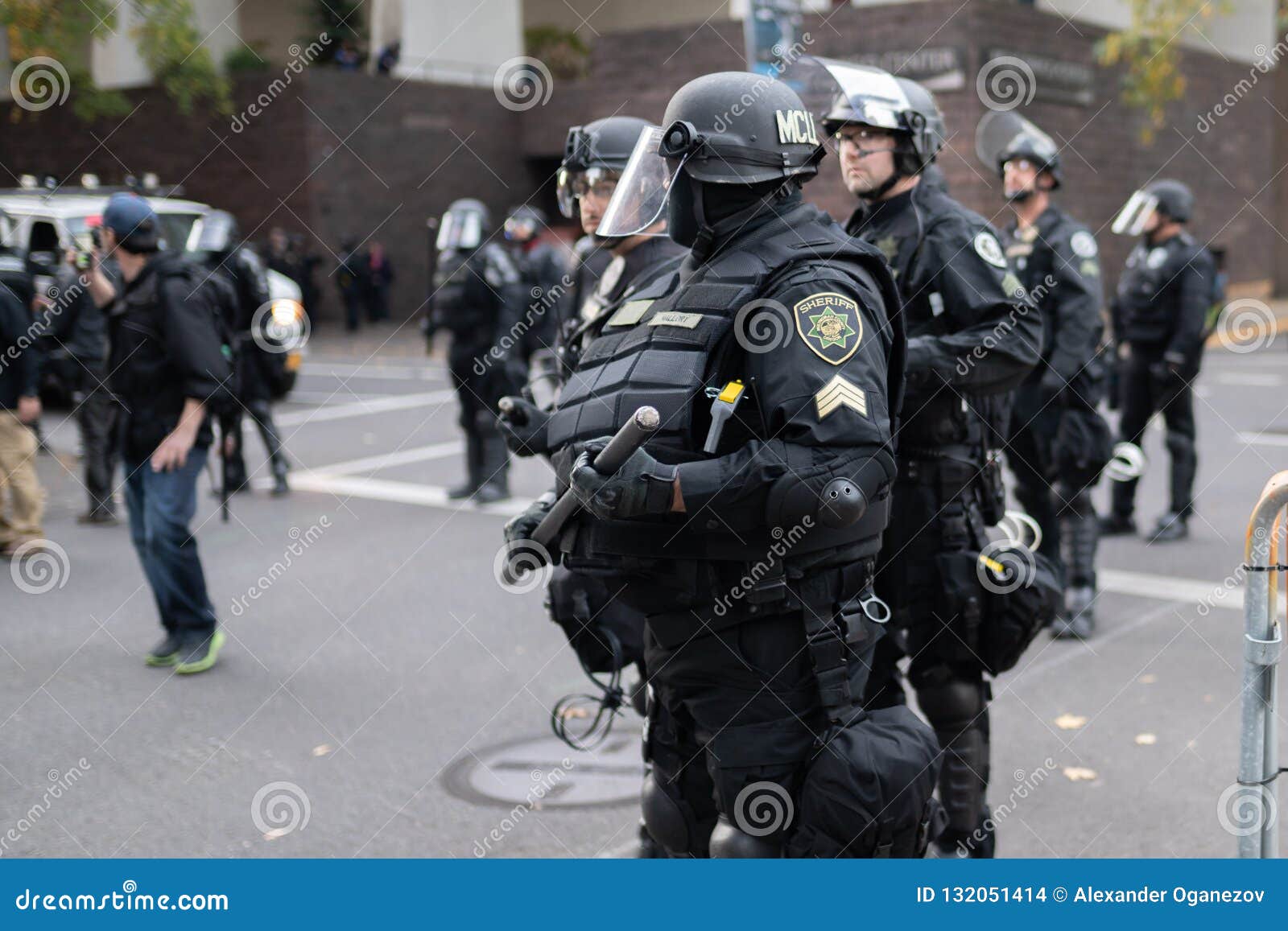 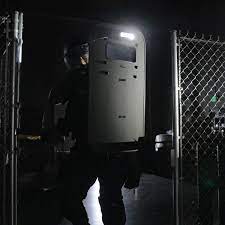 mokoman said:
only problem is i see is they should operate under army command . but i guess that wont happen due to politics.
Click to expand...