another_armchair said:
They have the intel. What is lacking is the will to act. Most often, the approvals are halted at HM or some Babu's desk ordering them to collect more evidence, go easy, or focus on other things.
Click to expand...

It's not always that straightforward. Oftentimes busted spies/sources are observed, rather than arresting them because eavesdropping over what they are doing will give you more information than just arresting and interrogating, which is just an end-game.
If you arrest a spy, all its connected sources will be immediately sanitized and you will never get any more information from them.

mist_consecutive said:
Tibet is an absolute worse place for the insurgency, unfortunately. Barren cold desert with no place to hide.

But that is the last issue, the biggest issue is that Tibetian Buddhism is the second most peaceful religion ever possible, after Jainism. If you think Hindus are impotent and follow ahimsa, Tibetian Buddhists are like absolute human-form of doves.
They will self-immolate themselves rather than picking up a stick.
Click to expand...

With reference to your last line, what about the SFF? All Tibetan afaik.

DerBronzeLord said:
With reference to your last line, what about the SFF? All Tibetan afaik.
Click to expand...

Employed into the Indian Army, they are a trained & disciplined force. Not militia or insurgents who will conduct suicide missions.

mist_consecutive said:
Employed into the Indian Army, they are a trained & disciplined force. Not militia or insurgents who will conduct suicide missions.
Click to expand...

True, but this was in contradiction to your claim about Tibetans being doves. Tibetans can be trained to insurgency. Plus, look at what the Tibetans did to the Hui M's a few years back. Didn't look peaceful to me. But I digress.
A

We used them in 2008 during Beijing Olympics.

The Chinese cracked down mercilessly on them resulting in at least a 100 dead and several more injured, some disabled for life yet they root for India.

Wonder who sanctioned that operation to dissent against a ruthless Communist regime of China with little or no global support.

The next encounter(India-China standoff) was on a more even keel, thankfully.
M

Abhay Rajput 02 said:
Its actually good for us. the longer the standoff goes, faster the economy decoupling will happen.Truth be told, we have lost some territory to China and the status quo at the Line of Actual Control or LAC has been disturbed to our disadvantage. we arent getting finger areas back. they have made quite a lot of bunkers there. something will happen in summer either it will make us even with china or a short skirmish .
Click to expand...

What about shiva range, i think sff adjusted loss over there. So we gain also ?

DerBronzeLord said:
True, but this was in contradiction to your claim about Tibetans being doves. Tibetans can be trained to insurgency. Plus, look at what the Tibetans did to the Hui M's a few years back. Didn't look peaceful to me. But I digress.
Click to expand...

Well, I hope they are not, and we can revive some kind of insurgency, at least in jungle areas of Sikkim and Arunachal Pradesh.
But inside Tibet I am not hopeful, China can just line up and execute everyone they suspect of separatism.
S

Any speculation about defence budget.. will it b slashed or hiked?

Shashank Nayak said:
Any speculation about defence budget.. will it b slashed or hiked?
Click to expand...

Hiked, focus on indigenous weapons to compensate for the hike.

Shashank Nayak said:
Any speculation about defence budget.. will it b slashed or hiked?
Click to expand... 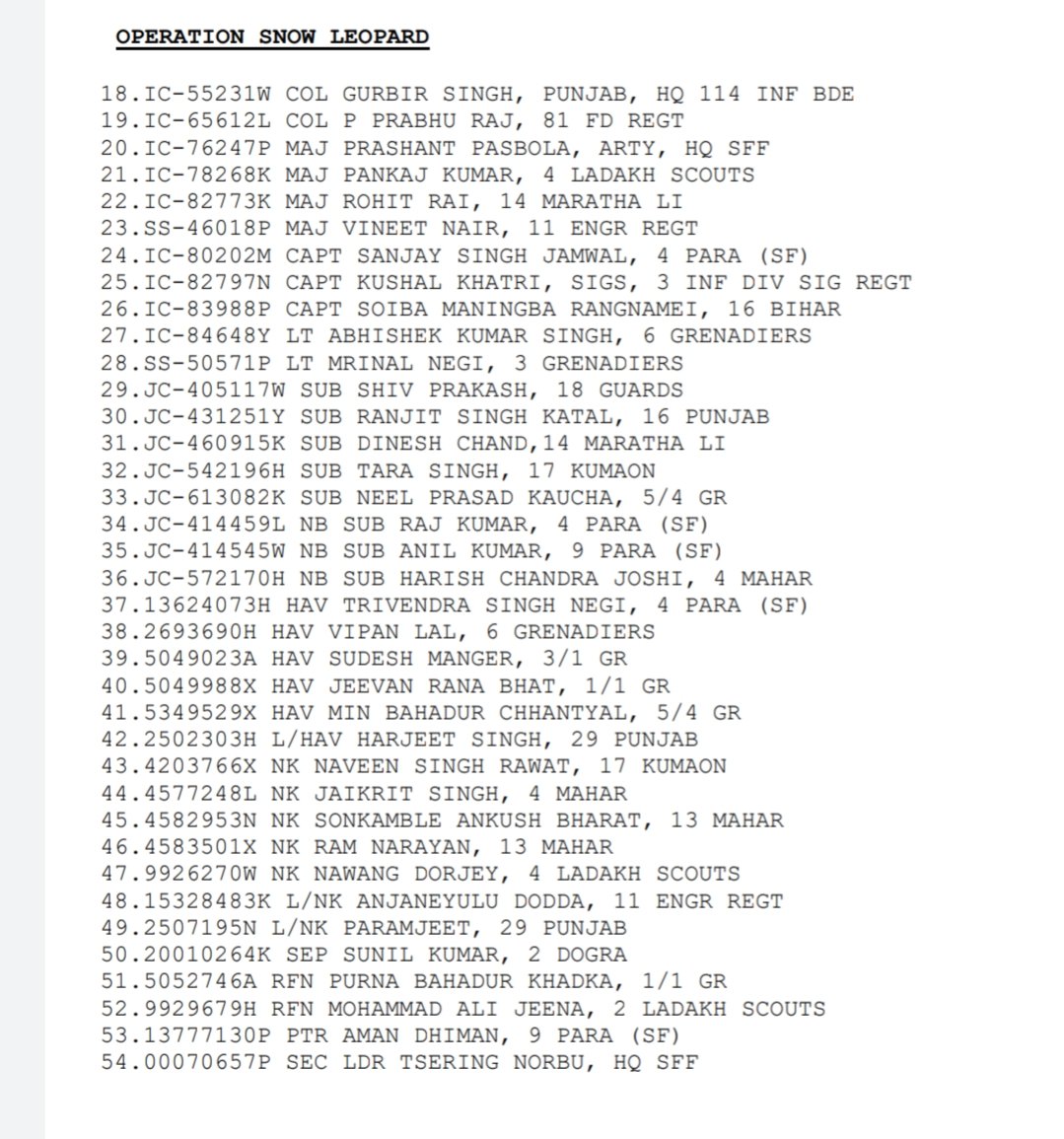 These in my opinion are some bravehearts of Galwan and late August ops. 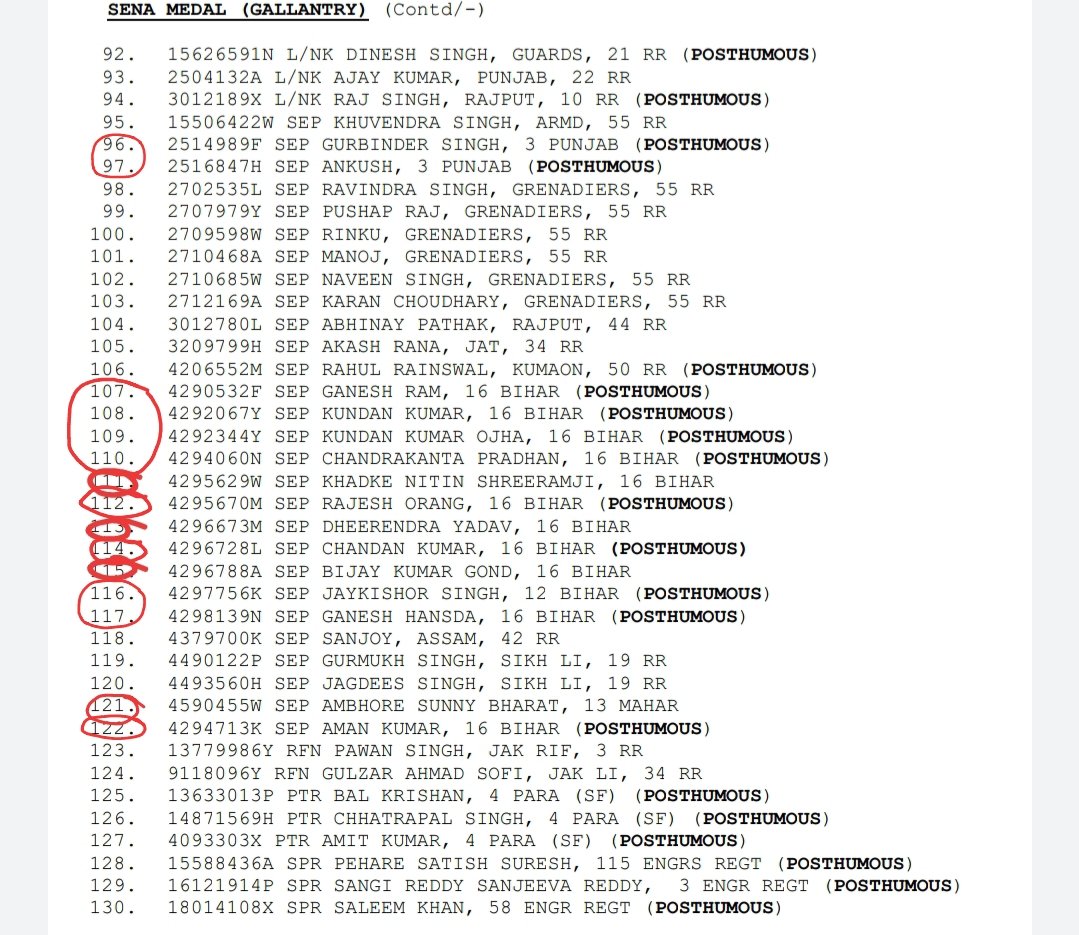 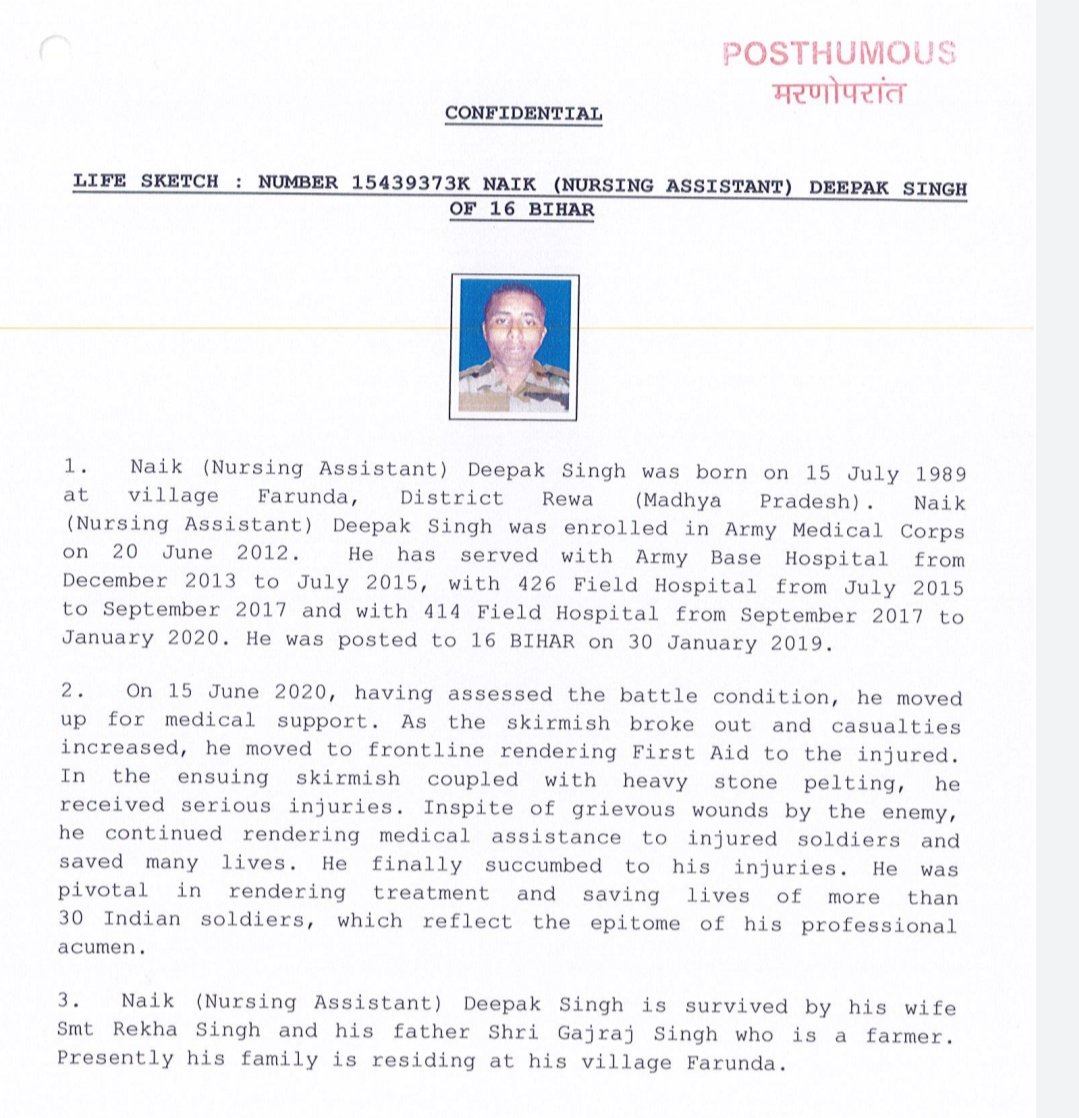 @Automatic Kalashnikov where are you getting these lists ?

Also hats off to this solder! It's just blood boiling that Chinese subhumans even attacked medics administering medical aid.
M

The beard appears to be clouding the judgement of the great leader. Not sure why I get this sense that he is vying for some sort of western validation with a Nobel or he is just simply checked out. Otherwise who in their sane mind would allow Tauheen bagh and now farmers cr.p? Anna Hazare and baba Ramdev had to run for their lives when they tried a similar stunt during UPA days. Granted Kujli gained mileage from it. Time to groom our own yogi Vin Diesel for post 2024.
R

Knowitall said:
If this clash took place like the media claims then what happened to our weapons free policy clearly we now know that it is very dangerous to get chinese this close to our men we should just shoot them up when they try to breach the border this way we can prevent unwanted casualties.

Has the ROE changed again or does some other rule applies here.
Click to expand...

In China border it was always hands free since modi gov for the military as long as live weapons are not used.the weapons free policy is for pak border.
R

DownWithCCP said:
Some people only come here to do gaslighting when something happens, these people start crying when a physical clash takes place god forbid an all out arms fight where a few of ours lay down their lives.
Click to expand...

Yeah,best policy is to be stoic until official news comes out.it is also safe as it does not make you look like an idiot headless chicken panicking.

I don't get why our people can be strategically silent.

When wars are waged maybe 1000s will die for no gain or a small sliver of land.these are the guys who demotivate the gov.
R

IndianYonko said:
Well, we have shaming not supporting culture.

One positive doesn't mean other is negative
Click to expand...

This is also why I advise atleast the guys who know the whereabouts of defence happenings to maintain an air of stoicism.india has been a very emotional country and may or may not grow out of it.dont add fuel to the fire by going all crying everywhere for things that might not be confirmed and for losses that might have not occured.also dont celebrate for things that are unconfirmed.

Both these things make you look like idiots and unless you are a planned misinfo campaign don't advertise your thoughts as facts like in twitter and whatsapp especially knowing the illiterate and anti-national types that could twist your words for their own reasons.remember now one important in gov is listening to you and taking your recommendations for any subject even though we may think it is the right course of action(which it might well be).it would only make sense if they were listening.until then don't whine in forums and on net about this or that in all aspects of defence and nation building until a story is completely told to its conclusion and preferably acknowledged by the gov as they don't tend to hide and act slowly.

Remember all gov types like dictatorships and especially democracies depend upon the personal invovled at the ground to work well to pull things in their favour and do not depend upon the sayings of their citizens on the net to determine the result.so why yell like they are listening to you,you only make yourself look like a crybaby and desperate to the guys who are watching you .

If you have noticed I have imposed a standard procedure to convey my thoughts in these matters and I don't respond until the whole saga is over or important undeniable facts come out.i also don't speculate wildly and tread carefully.
Last edited: Jan 26, 2021
A

mist_consecutive said:
@Automatic Kalashnikov where are you getting these lists ?

Also hats off to this solder! It's just blood boiling that Chinese subhumans even attacked medics administering medical aid.
Click to expand...