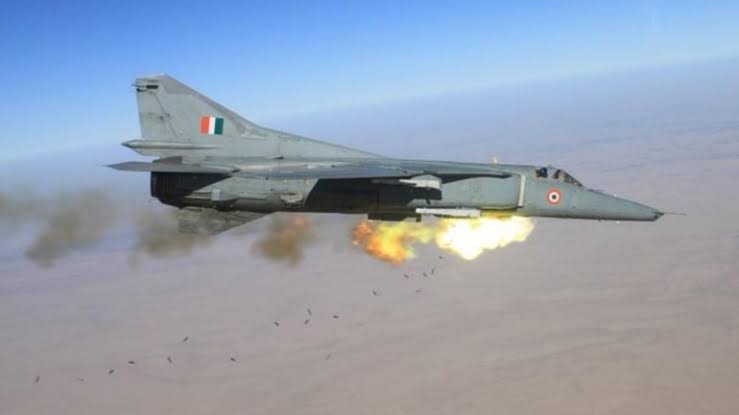 With the perpetual drama surrounding which aircraft is better suited for supporting troops in contact, Close Air Support CAS has become a hotly debated topic in military aviation. In basic a Forward Attack Controller uses a radio to communicate with pilots of Close Air Support aircraft during a close air support.

In order to enhance everyone’s understanding of what this mission set really is, we need to answer those questions and dispel some of the myths surrounding the support of the troops on the ground. The basic mission planning factors and definitions, then talk about execution, and finish up with some of the contingencies and alternative scenarios.

What exactly is CAS?

Close air support (CAS) is air action by fixed-wing and rotary-wing aircraft against hostile targets that are in close proximity to friendly forces and requires detailed integration of each air mission with the fire and movement of those forces.

Which aircraft can do CAS?

The simple definition is that CAS is the direct support of troops on the ground by air assets. Any aircraft that can employ ordnance can do CAS. From hot air balloons in World War I to Attack aircraft today, if it has the capability to expend some type of ordnance, it can do CAS. This is important to point out because people seem to think that only few aircrafts do the CAP missions This is totally false. While the MIG 27 may be good at CAS, they are not the only aircraft capable of doing so. In fact, it accounts for only a small numbers of CAS sorties in theater today. CAS is one of the few missions that is common across all services. It should be noted that the Army doesn’t consider its helicopters as CAS players. Instead, they are treated as another maneuver element just like infantry or armor. As a result, one does not need to be a qualified controller for them to attack a target.

The three key players in the CAS missions are:

Ground Commander – This is the on-scene commander that is supported inside the boundaries of the tactical area. He is responsible for the movement of the troops and the achievement of ground objectives. It is the ground commander’s intent that is considered when executing CAS operations.

Air Assets – Fixed-wing aircrafts, these are the aircraft that put bombs or forward-firing ordnance bullets, rockets, or bombs on the target.

A person qualified to control airstrikes from the ground is called a Forward Air Controller FAC. These FACs are embedded with ground units to provide support and translate grunt speak to fighter and back. FAC direct airstrikes from the air. It’s a qualification in every fighter community. The FAC aircraft sets the fighter payload when multiple platforms are present, fighters will above the operating area at deconflicted altitudes while controlling attacks, marking targets, and communicating with the Ground Commander. 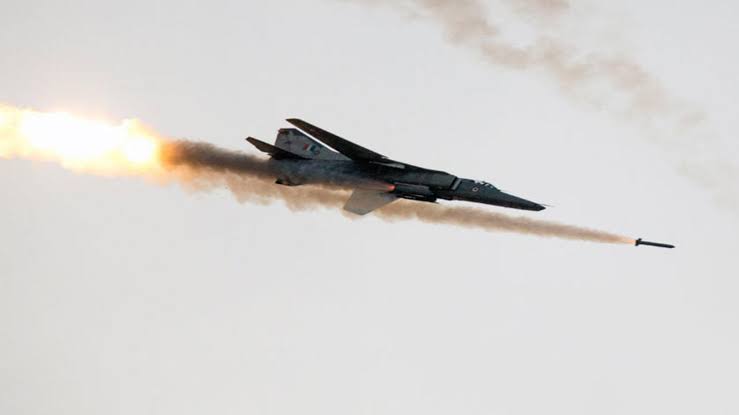 CAS is one of the easier missions to plan for. Unlike a strike mission where you have to weaponeer for specific targets and figure out ingress and egress routes while integrating with other fighters, CAS is dynamic. Planning starts with knowing what type of mission you’re on and what the theater Rules of Engagement are for your area of operations.

There are two basic types of CAS missions :

In a pre-planned mission, you are fragged to support a specific operation. It could be a high valued target or a convoy of armoured vehicles traveling a dangerous highway. With preplanned missions, you typically get more specific mission products. You’ll see the ground unit’s planned routing, objective, potential threats, and have imagery that can be referenced once airborne.

It is not a guarantee that you will go kinetic and the drop bombs or shoot the gun on these missions. You’re just there to help kill enemy and break their stuff in the event things go sideways. On-demand missions are the pick-up games. These could be as airborne on-demand missions, where you are in a holding stack in case a unit takes fire and needs help, the aircraft is retasked from another mission, or sitting alert on an airfield somewhere ready to go in case a unit takes fire. This is the airborne equivalent of a Quick Reaction Force. Mission planning for an on-demand mission is minimal. The aircrafts have mission materials common to the Area of Operations, but we typically don’t have anything specific to the unit we’re supporting unless we had intel prior that there would be a good chance that they might need us. In addition to knowing what kind of mission you’re fragged for, it’s also important to have the right loadout. Then there the talk of more Digital CAS in part three, but weapons of today have made it much easier for almost any tactical aircraft to do CAS.

There are many different combinations of load-outs possible for a CAS mission, but in general, these include Spice HAMMER or GPS-guided bombs, Laser Guided Bombs LGBs, General Purpose Bombs GP or Dumb Bombs, other missiles, and the Gun. Weapons selection depends on the proximity of the enemy to friendlies and desired weapons effects. This is typically determined on station between the TAC and the fighter employing ordnance.

grown used to the idea of “Low-Threat” CAS. That is, Close Air Support in an area of operations where the air and ground threats are minimal. The wars in Iraq and Afghanistan are examples of “Low-Threat” CAS. Air assets have been able to operate unimpeded by complex Surface to Air Missile systems, Anti-Aircraft Artillery, and the threat of opposing fighters. The biggest threat being small-arms and Man-Portable Surface to Air Missiles MANPADS.

This, however, is not always the case. In some scenarios, troops are located within or near a SAM Missile Engagement Zone MEZ. This means that a fighter must integrate with the Suppression of Enemy Air Defenses SEAD assets and change tactics to avoid getting shot down. This could mean taking down the SAM site directly if possible – this usually applies to mobile SAMs. It’s less likely with a double-digit SAM, holding outside the MEZ and attacking only when necessary to minimize exposure, or retrograding leaving the target area if the risk of losing the fighter is not considered worth it to achieve the ground objective.

High-threat CAS is risky business. In a shooting war with some of today’s targeting nations the enemy air defenses would definitely complicate the CAS problem. At the such a difficult mission would inevitably adapt and overcome.

The outcome of the next war is going to be determined less by the IAF’s deep strike or air combat capability, more by its ability to support own troops in mountainous terrain. No matter what targets the PLAAF manages to bomb deep in India, troop positions on the ground will decide whether the war ends in victory or defeat. If our troops are poised to enter Tibet, the war will end on our terms. What the IAF would need to do is dominate the air space over the mountains and unleash its Close Air Support.