Greetings from North East, Seven sisters and one brother.

tomthounaojam said:
Yeah, please do that but my only suggestion is Members only pictures only cause if we upload google images might have copyright problems later to the site.
Click to expand...

Yes , any photo from Google will be removed

tomthounaojam said:
@Chandragupt Maurya when I was in Mumbai every time I check my flight to Imphal, I was like I rather go abroad and on a few occasions going to Malaysia, as I have some good scale modeler friends. Yeah, sadly air ticket is freaking expensive. Airlines have their reason for doing that, but the best thing about Imphal airport is it is just in the city you can reach the check-in in like 10-15 mins.
Rail is there, it is connected well in Assam which is known as the gateway of the northeast and from there it is pretty much a detour, Guwahati-Shillong has one of the best motorways, it is just amazing to see the huge roads in such hilly terrain.
One suggestion would be if there is an international festival in the capital where foreign people are there, the NE state should have strong representations and show what huge tourist potential is there. Lately, Manipur is trying to promote besides other tourist spots, war tourism as know Battle of Imphal/Kohima was one of the deadliest battles of ww2.
Also, Travelling to NE there are still some restrictions due to being very closed to international borders.
Click to expand...

Time to ponder over

Hariharan_kalarikkal said:
@ezsasa
Can we have a Tourism thread
Trip recommendations and Pictures took by memberans themselves

It would be a killer thread
Click to expand...

Lucky for
Thread is ready 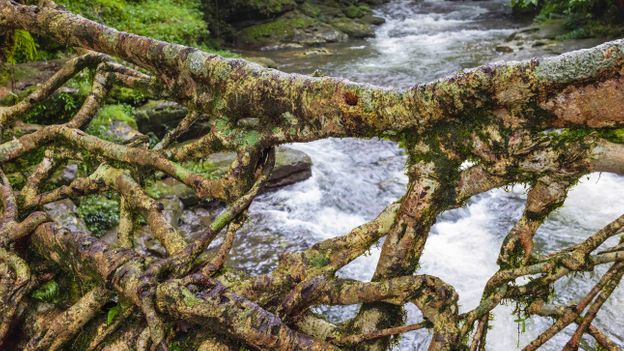 The ingenious living bridges of India

For centuries, indigenous groups in north-east India have crafted intricate bridges from living fig trees. Now this ancient skill is making its way to European cities.

Kongthong: The Indian village where your name is a song
In a remote Meghalaya village, residents have three names: a regular name, a distinct melody and a shorter tune that is akin to a nickname. 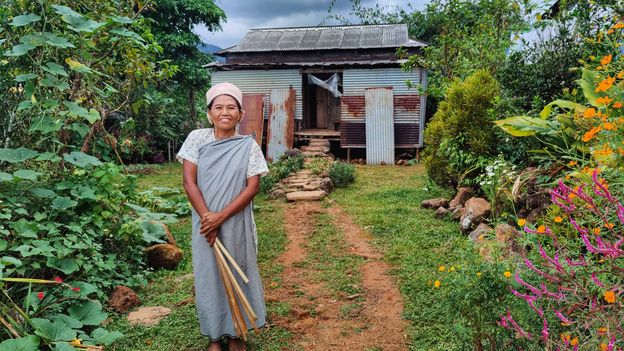 Kongthong: The Indian village where your name is a song

In a remote Meghalaya village, residents have three names: a regular name, a distinct melody and a shorter tune that is akin to a nickname. 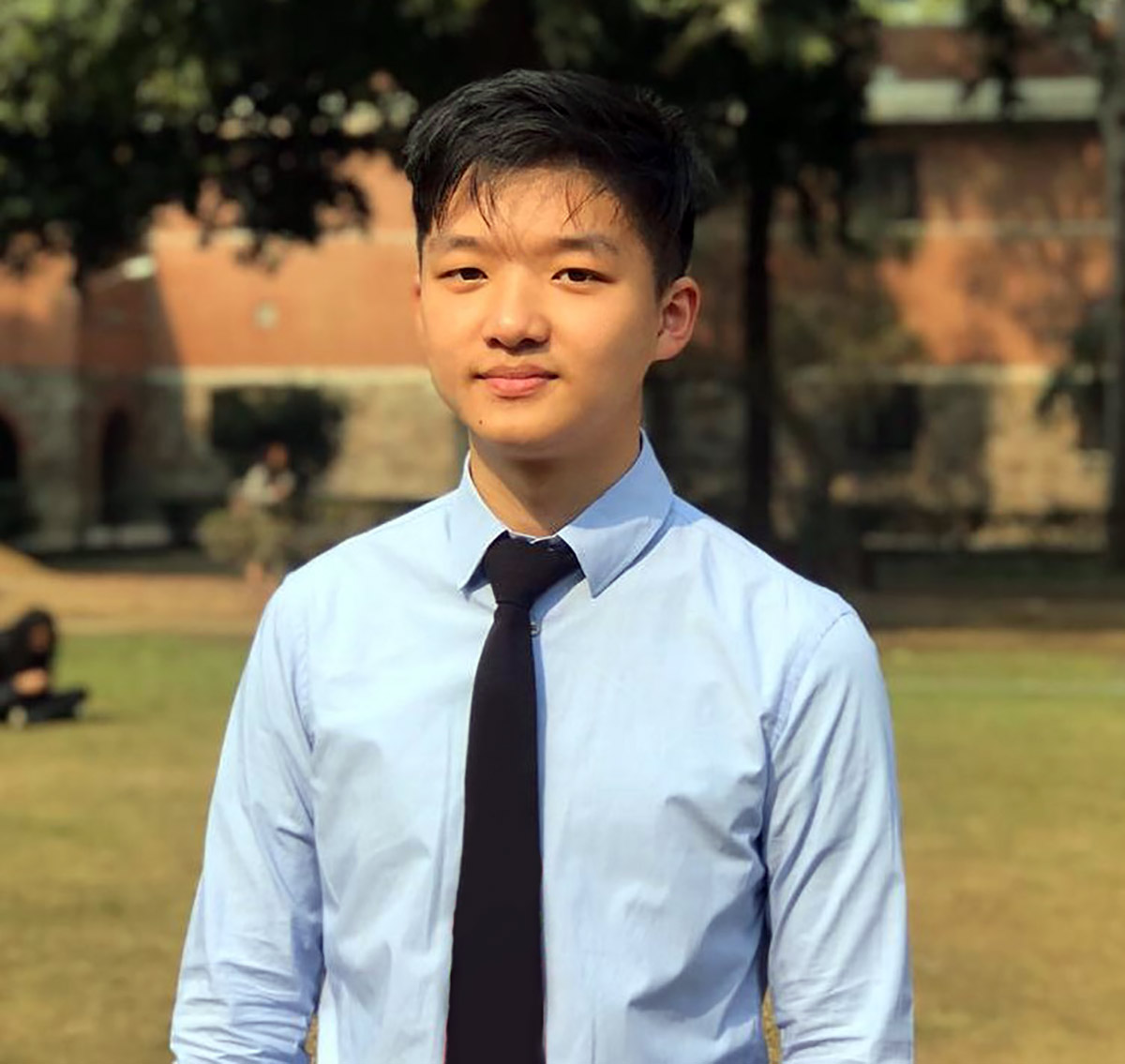 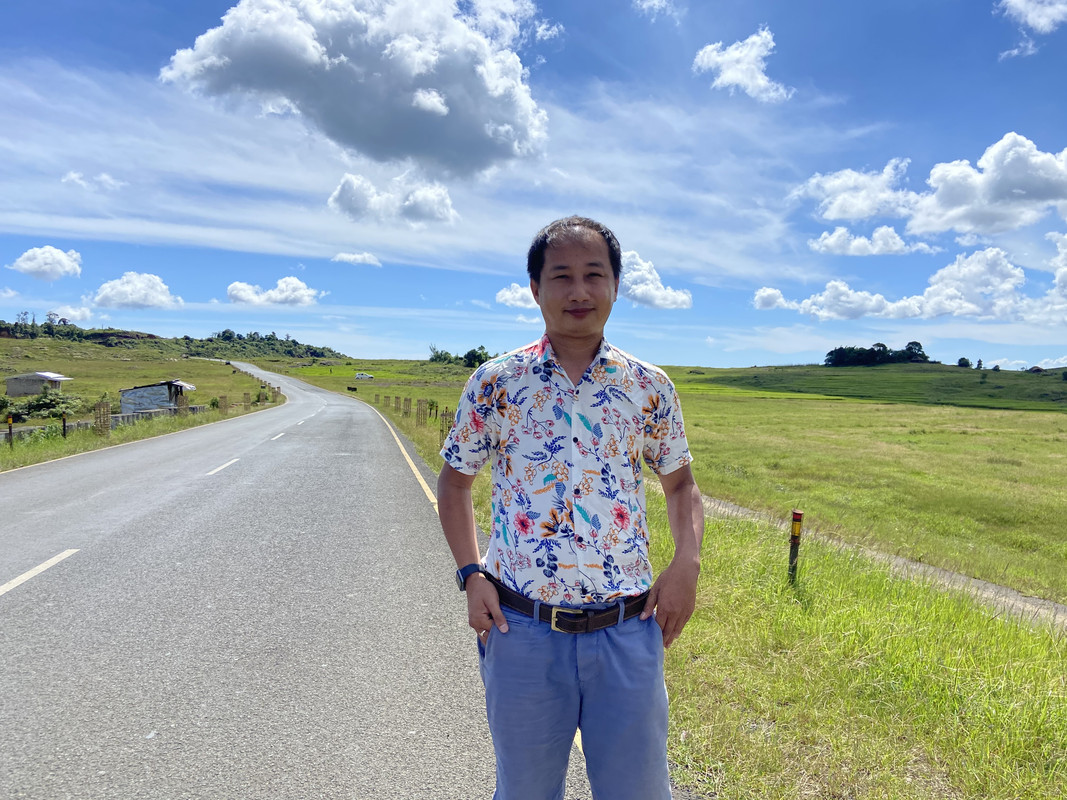 Someone here told me to put weight, the INSAS picture was 16 years ago when I was slim as a Bamboo now Round as a egg.
A

I think Sir you should not upload your pics without blurring your face.

Akula said:
I think Sir you should not upload your pics without blurring your face.
Click to expand...

It is okay, I am neither in the military nor part of any agenies, just a simple guy who like, scale modelling, beers and foods and some ranting.

It is a matter of great pride that the INA War Memorial at Moirang has been completed & the tallest flagpole in the NE States has been erected. 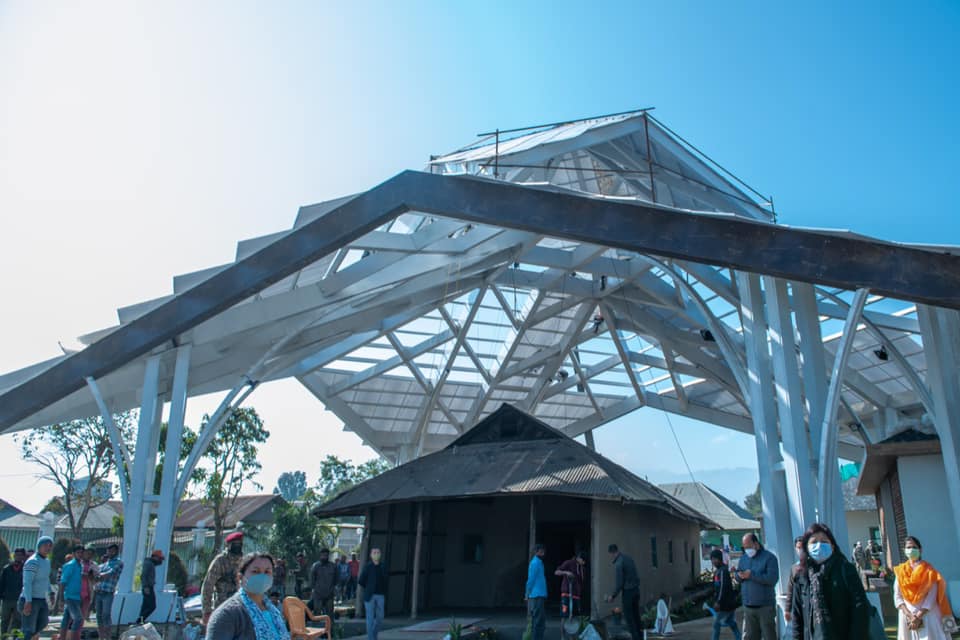 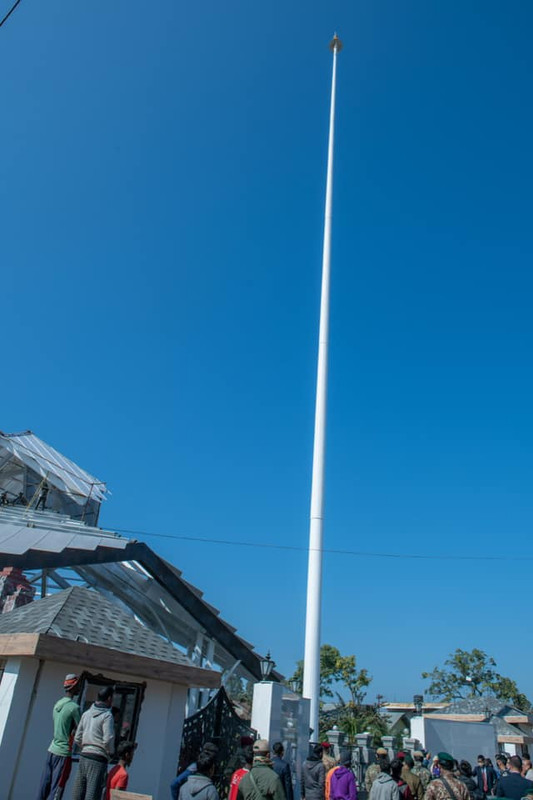 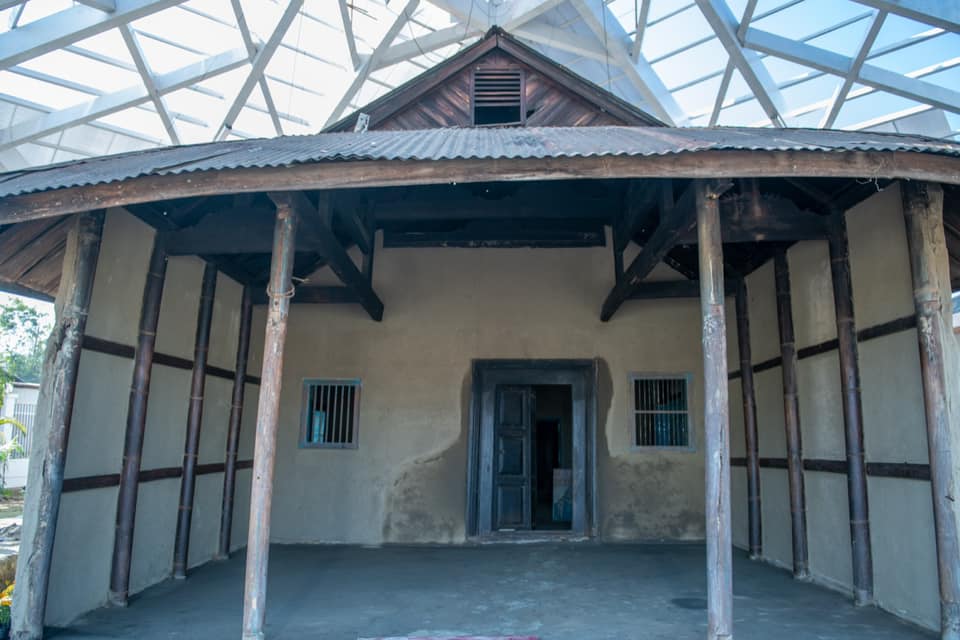 A little dated, but relevant from the perspective of the overall development of the region:

A new paradigm that is transforming the northeast

The eight north-eastern states of India have a glorious history and diverse ethnic, cultural, and linguistic heritage. Rich in human capital, natural resources, biodiversity, and beautiful landscapes, each state has the potential to become hubs of international trade, tourism and are poised for sustainable development.

However, for nearly six decades after Independence, the region was relegated to the sidelines. Citing disturbances and unrest, the governments under Congress displayed an utter lack of interest and failure to comprehend vital issues of the region. An indifferent government in Delhi tried to brush off all north-east-related issues under the carpet, while the people suffered widespread corruption, unemployment, lack of peace, and a general state of backwardness.

I grew up in a small village, Charhajare, in Manipur during the tumultuous decades of the 80s and 90s, when insurgency, violence, and political unrest were at their peak. Development seemed a distant dream, people lacked avenues for exposure, and rarely would a youth like myself get an opportunity to prove our mettle. But all that changed with Hon'ble Prime Minister Narendra Modi Ji taking over the reins of the nation. He came with a vision of transforming India, and North-East India was again placed at the forefront of India's development priorities.

FOCUS NORTH EAST
Immediately after coming to power, PM Modi instructed all Union Ministers to visit one North-East state every fortnight to ensure that the north-east region is better integrated with our national policies and priorities. PM Modi has himself visited North-East states several times each year. The frequent visits of the Union Ministers have helped in bridging the gap of understanding between policymakers and the problems faced by the people.

WITNESSING TRANSFORMATION
Since 2014, North East India has undergone a massive transformation in the grassroots, thanks to PM Modi's initiative of changing the "Look East Policy" into "Act East Policy".

To develop road infrastructure, the government is investing over Rs. 80,007 crores under the Special Accelerated Road Development Programme in Northeast (SARDP-NE), and an additional Rs 30,000 crores under the Bharatmala project. Similarly, Indian Railways is spending Rs 74,485 crores to improve the railway network in the region and will connect every state capital in NE to the national railway grid. In Assam, the construction of Bogibeel Bridge, India's longest railroad, highlights the focus and determination of our government to improve connectivity in the North East.

The construction, inaugurated by Atal Ji (in 2002), was completed under the government of Narendra Modi Ji (in 2018), more than a decade and a half later. Congress, despite being in power for two terms, did nothing to get the critical project completed.

A total of Rs 68,020 crores has been allocated in the budget (FY 2021-22) for the north-east region to ensure better air connectivity, health care services, drinking water, housing, and creating more opportunities for the youths. Over Rs 8500 crores has been allocated towards improving education facilities alone. The focus of the government at the highest level has dramatically changed the infrastructure services across the North East. Better infrastructure is also helping promote entrepreneurship among the youths and to generate employment opportunities locally. The region, which suffered a substantial 'brain drain' due to lack of facilities, is finally able to convince its youths to stay back and contribute to the economy.

But all of this pale in comparison with the unprecedented level of peace the region has witnessed under PM Narendra Modi Ji's leadership.

"DECISIVE GOVERNANCE" IN ACTION
The hallmark of PM Modi's leadership is "Decisive Governance", which has resulted in a paradigm shift in how the government approaches issues confronting our nation. The Central Government has worked decisively with a sense of purpose and a rare clarity of vision to usher in peace, prosperity, and progress in the north-east region.

In 2015, our government signed the historic 'Naga Peace Accord' with the National Socialist Council of Nagaland (NSCN-IM) after 80 rounds of talks. This Accord brought an end to one of the longstanding political strife and armed insurgency in the country. Recently, another ceasefire pact was signed with the Niki Sumi-led Khaplang faction of the NSCN(K). Further, the government is working towards a final peace deal with all the Naga Nationalist Political Groups (NNPGs).

The 2020 "Bodo Peace Accord" with factions of the National Democratic Front of Bodoland (NDFB), All Bodo Students Union (ABSU), and other stakeholders have brought peace in the lower Assam region. The long-pending issues of the Bru-Reang people who were living as Internally Displaced People (IDPs) have been resolved in both Tripura and Mizoram, due to sustained efforts by the Modi government. The recent "Karbi-Anglong Peace Accord" ended a three-decades-old political issue in the Karbi-Anglong district of Assam. The Government of India, under the visionary leadership of PM Modi, continues to work towards ensuring a peaceful North East, where all people, of all ethnicity, language, and culture can live together in peace and harmony, and thrive.

HOPEFUL FUTURE
It was people's unshakable faith and trust in Modi Ji which made it possible for a Gorkha youth from a remote village in Manipur to get an opportunity to represent the prestigious Darjeeling Lok Sabha seat.

As other contentious issues concerning North-East India are resolved, there is much excitement and hope in our Darjeeling hills, Terai, and Dooars region too, where people have firmly stood behind PM Modi Ji and awaited the Permanent Political Solution to the long-pending political issues confronting our region. There is hope finally, that after decades of strife and heartbreak, the people of the Darjeeling region too will be able to lead their lives with dignity and respect.
Click to expand...

Barring the recent killing of our troops in Manipur & the botched Nagaland operation, this peace is what the terror groups fear. Because peace makes them irrelevant. Never in our modern history have we seen such lengths of peace in the region collectively speaking.

The Northeast will look very different 10 years from now 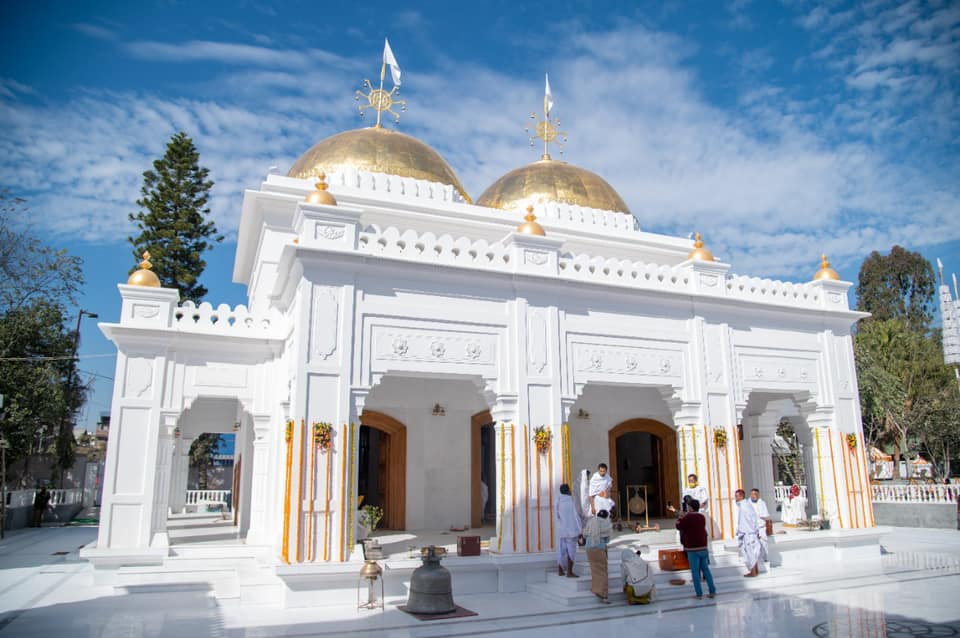 oh yea reminds me,guwahati is getting a very aesthetically and feature cool airport,wonder if that skyscraper is getting built 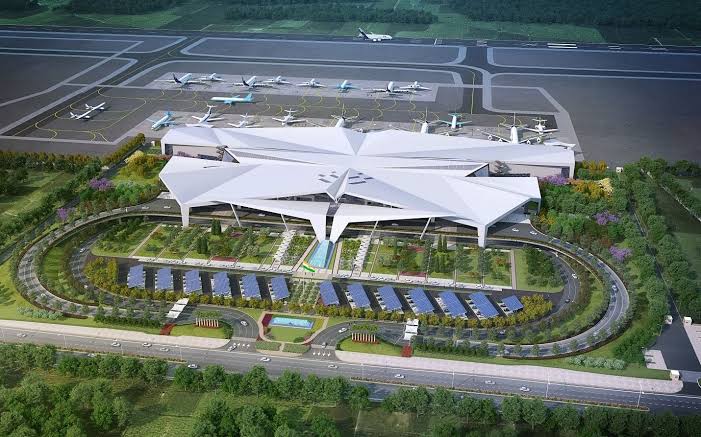 Is this pic taken in North East?

Having spent many years of my childhood in the northeast I feel very connected to its culture and people. My family spent 2.5 years in tenga valley in arunachal Pradesh . I am still in touch with many of my local friends from there most of them from Nyishi and Monpa tribes.