In his message the President has said, "I extend my warm greetings to our citizens on the auspicious occasion of Lohri, Makar Sankranti and Pongal.

May these festivals bring joy, health and happiness to all.”

Shri M Venkaiah Naidu inaugurates Sankranti celebrations at Akshara Vidyalaya near Nellore in Andhra Pradesh
The Vice President of India, Shri M Venkaiah Naidu has said that today’s younger generations must understand the rich and vibrant cultural heritage of the country. Addressing a gathering after participating in Sankranti celebrations at Akshra Vidyalaya near Nellore in Andhra Pradesh today, he called upon everyone to contribute for the development of the country.

The Vice President said that Makar Sankranti is a celebration about our association with Nature. It is the time to remember our ancestors and elders who have sacrificed on many things to give better life to next generations. It is the time to leave bad and embrace good, he said.

The Vice President further said that every festival in our country has significance and it teaches many lessons to lead a disciplined and responsible life by helping others. Festivals like Makar Sankranti teach us the importance of nature, animals, birds and it recognizes their contribution in making our lives better, he said.

Serving the unnerved should be our motto: Vice President

The Vice President of India, Shri M Venkaiah Naidu has said that serving the unnerved should be the motto of working people like doctors and civil servants. Inaugurating a medical camp at Swarna Bharat Trust in Nellore today, he stressed on the need to help the poorest of the poor.

The Vice President said that everyone must draw inspiration from the life of Swami Vivekananda and imbibe qualities like him to serve the society and country at large.

Talking on the importance of the Makar Sankranti festival, the Vice President said all festivals of our country send the message of humanism, living together and promoting good deeds. We must leave all the bad things behind and embrace the good things from the past to make a better tomorrow.

Later the Vice President met with people from nearby villages who came to wish him on Sankranti. Shri M Venkaiah Naidu also interacted with farmers and several other representatives of the Nellore district and exchanged pleasantries.

The Vice President of India, Shri M Venkaiah Naidu has greeted the people on the occasion of Makar Sankranti and Pongal festivals. In a message, the Vice President said this festival celebrated with different names all over the country, is a celebration of a positive transformation in people’s lives.

Following is the text of the Vice President’s message:

“I extend my warm greetings and best wishes to all our citizens on the auspicious occasion of Makar Sankranti and Pongal.

Dedicated to the Sun God, Makar Sankranti symbolizes ‘Uttarayan’ or the beginning of the northward journey of the Sun. Celebrated with different names all over the country, the festivals of Makar Sankranti and Pongal symbolize the happiness that comes with good harvest and is a celebration of a positive transformation in people’s lives. Makar Sankranti Festival is also an occasion to revitalize our lives through prayers and reverence for rivers and all living beings. On this day lakhs of people take holy dip in the sacred rivers.

May these festivals usher in prosperity, tranquility and happiness in our country.”

To celebrate the idea of unity in diversity, the Ministry of Culture is organising the 7th edition of the Rashtriya Sanskriti Mahotsav under the Ek Bharat Shreshtha Bharat matrix in Karnataka beginning January 14, 2018. The Union Minister for Chemicals and Fertilisers and Parliamentary Affairs, Shri Ananth Kumar and The Union Minister of State for Culture (I/C) and Environment, Dr. Mahesh Sharma will inaugurate the Mahotsav on 14th January 2018 at 7.30pm at the Jnana Jyothi Auditorium, Palace Road, Gandhi Nagar, and Bengaluru.

The Ek Bharat Shreshtha Bharat programme was launched by the Prime Minister on 31st October, 2016 to promote engagement amongst the people of different states/UTs so as to enhance mutual understanding and bonding between people of diverse cultures, thereby securing stronger unity and integrity of India. The State paired with Karnataka is Uttarakhand. The Mahotsav will cover a profusion of art forms from classical and folk, music and dance, theatre to literature and the visual arts and would offer the chance to experience the best in established and emerging virtuosity. A handloom and handicrafts-utsav is part of the proposed event. The gastronomic culture of several partnering states will be showcased through a food festival.

The Mahotsav will be spread across the following venues in Karnataka:

Cultural utsavs will be held at all the venues in Karnataka. In addition to the cultural fiesta, a gamut of events have been planned for the Mahotsava in Bengaluru:-

At the Manikyavelu Mansion (National Gallery of Modern Art)

At the Indira Gandhi National Centre for the Arts, (Southern Regional Centre)


Also at the main venue:- 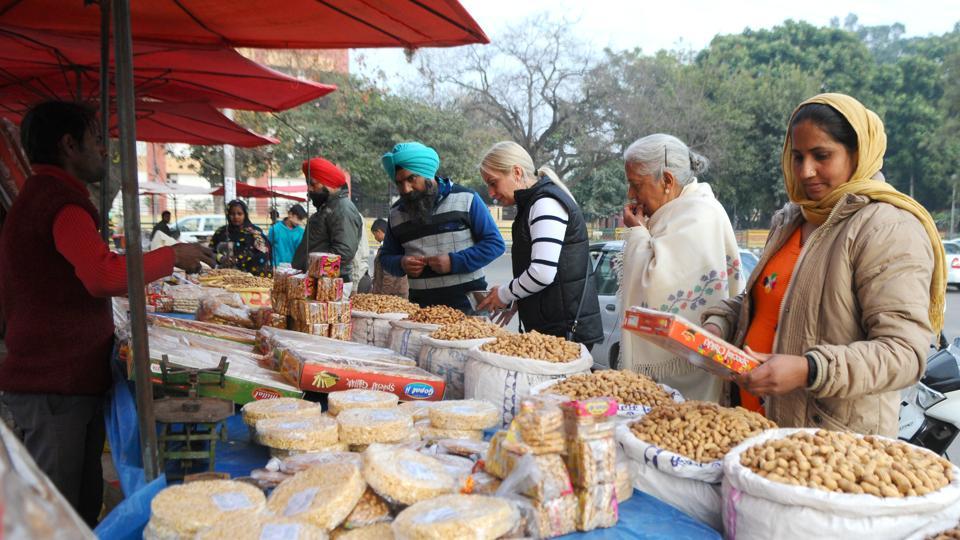 PM said " Greetings to everyone on the auspicious occasion of Lohri. I pray that this special festival fills our society with joy and prosperity."

The Prime Minister, Shri Narendra Modi has greeted the people on the occasion of various festivals across India. 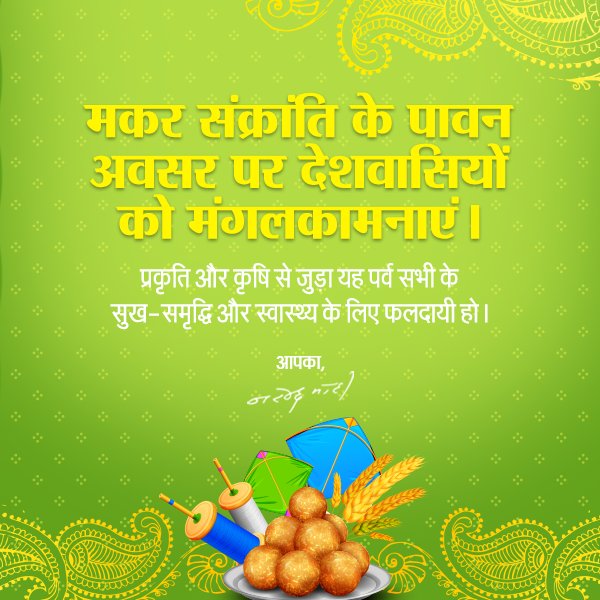 Pongal greetings to everyone! 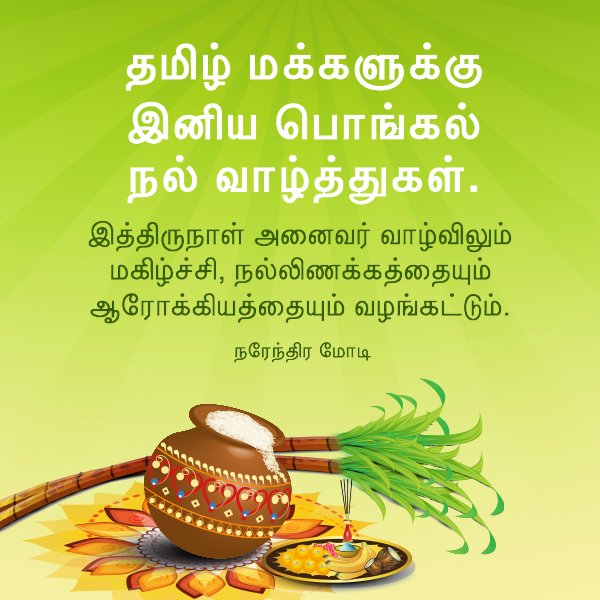 The Vice President, Shri M. Venkaiah Naidu celebrating Bhogi with family and elders residing at the Senior Citizens Home, at Swarna Bharat Trust, in Venkatachalam near Nellore, in Andhra Pradesh on January 14, 2018. 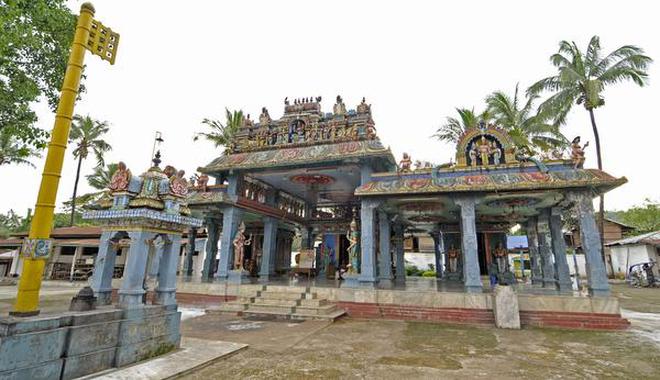 The Angala Parameshwari Muneeswarar temple at the Indo-Myanmar border town of Moreh in Manipur. File | Photo Credit: The Hindu

Tamil Sangam Moreh, an organisation of Tamil traders, said the three-day Pongal festival will conclude with a feast at the Kondong Lairembi temple near Moreh.

Tamil Sangam Moreh, an organisation of the Tamil traders at the India-Myanmar border town of Moreh organised its 50th Pongal festival on January 14. It will continue for three days. People from other communities too took part in the festival.

Though there were over 15,000 Tamil traders in Manipur, most of them had left the State after a legalisation on restrictions on border trade. The once thriving businesses came to a halt with freelance traders becoming redundant for various reasons.

A prominent trader at Moreh said that today there are a little over 1,000 Tamils.


On the last day of the festival, a lunch will be being arranged for thousands of people from across all faiths at Kondong Lairembi temple near Moreh.

A South Indian-style Hindu temple had also been constructed at Prem Nagar in the Moreh. Tamil leaders say the Angala Parameshwari Muneeswarar temple is the second largest Hindu temple in the entire northeast.

A Manipuri resident of Moreh said that people from all communities take part in the Pongal festival. "We have no differences based on religion or languages.

PM said, " Sankranti wishes to my sisters and brothers of Karnataka. My Sankranti greetings to all Kannadigas. May this auspicious festival brings happiness, harmony and well being to all."