In one year, the F-35s lost an average of almost 7 hours of flight time per month:

I think it is very likely that the 100 (the famous 108 we talked about 4 years ago) older ones will not fly anymore, not even for training. As a reminder, the USAF had asked in 2017 if these Block2i should be updated or reformed. They may have been upgraded to Block 3F, but they were certainly reformed.

But it gets better. It's been 8 months in a row that the total of existing f-35s can't produce more than 10000 flight hours in any month.

Fonck83 said:
It's getting worse and worse.
Click to expand...

Suddenly, The F-35 Fighter Is Everywhere
Loren Thompson09:42am EDT
If the F-35 fighter was a normal Pentagon program, this July would look like a landmark month of spectacular successes. Instead, it is shaping up to be a fairly typical month in the recent history of the world’s biggest weapons project.

The government of South Korea announced it would increase the size of its planned F-35 fleet by 50%, to 60 aircraft.


And news out of the Farnborough Air Show was that the Pentagon and airframe integrator Lockheed Martin LMT had reached agreement on the next three production lots of F-35, with the aim of buying 375 fighters in three versions for the Air Force, Navy, Marine Corps and various overseas partners. 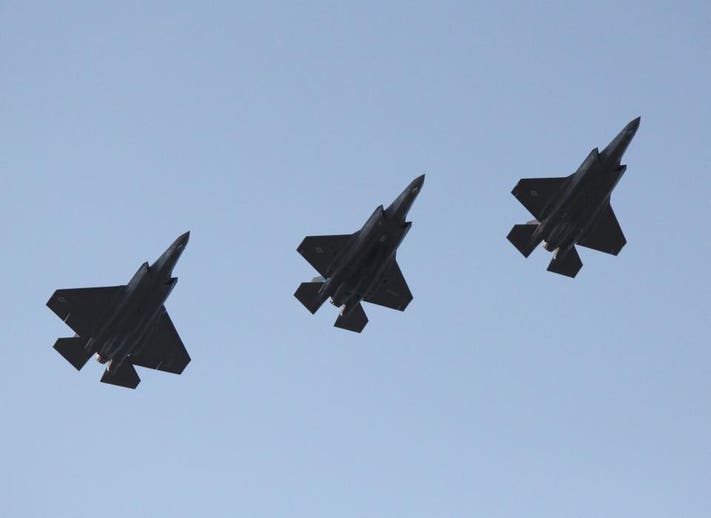 Navy, Marine and Air Force variants of the F-35 [+]Wikipedia

Meanwhile, F-35 pilots, of whom 1,700 have been trained, continued to fly training and operational missions, having accumulated well over half a million flight hours.

In the Baltic region, U.S. F-35s flying out of Estonia supported regional air defense. In the Mediterranean, they flew from Souda Bay on Crete to train with Greece’s air force. In Northeast Asia, they conducted exercises with the F-35s of South Korea’s air force.

Elsewhere in the Pacific, sea-based F-35s participated in Pacific Rim exercises off Hawaii, and Australia announced that it had stood up the first full-service depot for maintaining F-35 engines in the Indo-Pacific—organized to support the 100 F-35s Canberra is buying plus those of Japan, South Korea, and U.S. services operating in the region.

F-35 is fast becoming the most ubiquitous tactical aircraft in the world, the fighter every friend wants and every enemy fears.

With 830 fighters delivered and thousands more to come—the U.S. alone plans to buy 2,456—it seems that F-35 will define what air dominance means through mid-century. The Pentagon plans to operate them until 2070, and is already pursuing technology upgrades to assure they will always “overmatch” adversaries (to use a favored term of Pentagon jargon).

Even without the upgrades, F-35 out-performs other fighters in the U.S. fleet. It defeats adversary aircraft in exercises by a 20-to-1 margin, it accomplishes a broader array of tasks, and it is easier to maintain. By some measures, it is the most reliable tactical aircraft in the joint fleet.

But there was a time, not so long ago, when the fate of the F-35 was far from certain. The program was conceived during the early years of the Clinton Administration, when the collapse of the Soviet Union had undercut any sense of urgency about investing in future military technology.


Determined to wring a “peace dividend” from the demise of communism, officials loaded up what was then called the Joint Strike Fighter with a slew of performance requirements so they could avoid buying other things.

The fighter had to be nearly invisible to enemy radars. It had to provide pilots with unprecedented situational awareness. It had to collect and process vast amounts of intelligence. It had to be securely networked to other military aircraft. It had to meet the distinctly different needs of three separate military services.

And oh by the way, it also had to be affordable—bending the cost curve that previously drove up the price-tag of each new generation of fighters.

Nobody had ever before tried to combine all those features in a single military aircraft. At the program’s inception, it seemed possible that nobody could. But Lockheed Martin led an industry team that satisfied all of the “key performance parameters,” and confounded analysts by delivering each new production lot at a lower cost per plane than the Pentagon had projected.

Pratt & Whitney, the company that won the contract to provide each fighter’s engine, delivered a propulsion system that combined unprecedented thrust, flexibility, and even stealth.

Both of these companies, and several others supporting them, gave money to my think tank, so I secured a front-row seat for the agony they felt each time Congress threatened to scale back the program or kill it entirely.


Lawmakers had reason to doubt good-news accounts of how the program was faring, because the technical demands were so imposing that success was uncertain.

But success is what the companies ultimately delivered. A flight-test regime of over 9,000 sorties proved Lockheed and Pratt had met performance goals, and once that was demonstrated they turned to refining sustainment practices to keep the fighters affordable across a 50-year service life.

The sustainment challenge continues to be worked, but once you grasp the functionality each fighter delivers, it looks like a bargain even if it costs more to maintain than a legacy fighter. After all, what is it worth to America to defeat Chinese pilots 19 times out of 20 in a future conflict?

So now the F-35 really is poised to be everywhere that matters, from Finland to Italy to Poland to Israel to Australia to Japan. Sixteen countries are buying it or have expressed an intention to do so, and other countries will reportedly join the community of users in the near future.

F-35 is, by any reasonable standard, a smashing success. It is one of the greatest technological achievements of this generation.

However, there is nothing “sudden” about the increasing ubiquity of the F-35. It required two decades to get to this point, and a domestic political system that was willing to set aside partisanship for the sake of national security.


If anyone tells you Washington can’t get big things done anymore, remind them of the F-35—a program that Clinton, Bush, Obama, Trump and Biden have all agreed needed to be kept on track.

Today, the F-35 fighter thrives as an example of what discipline and innovation can accomplish despite the naysayers, and despite the frictions of a contentious political culture.

Super Flanker said:
Here is the EOTS "system" on the F-35. It's a low drag, stealthy system present on the F-35's fuselage. It is enclosed by a durable sapphire window. It is the first sensor to combine forward-looking infrared & infrared search and track functionality in "one".

EOTS is a combination of IRST and FLIR/Targeting pod. Being a targeting pod gives EOTS certain advantages such as having a bigger resolution sensor than a typical IRST for better target ID and greater magnification

Will amca have EOTS or IRST anyone knows?
W 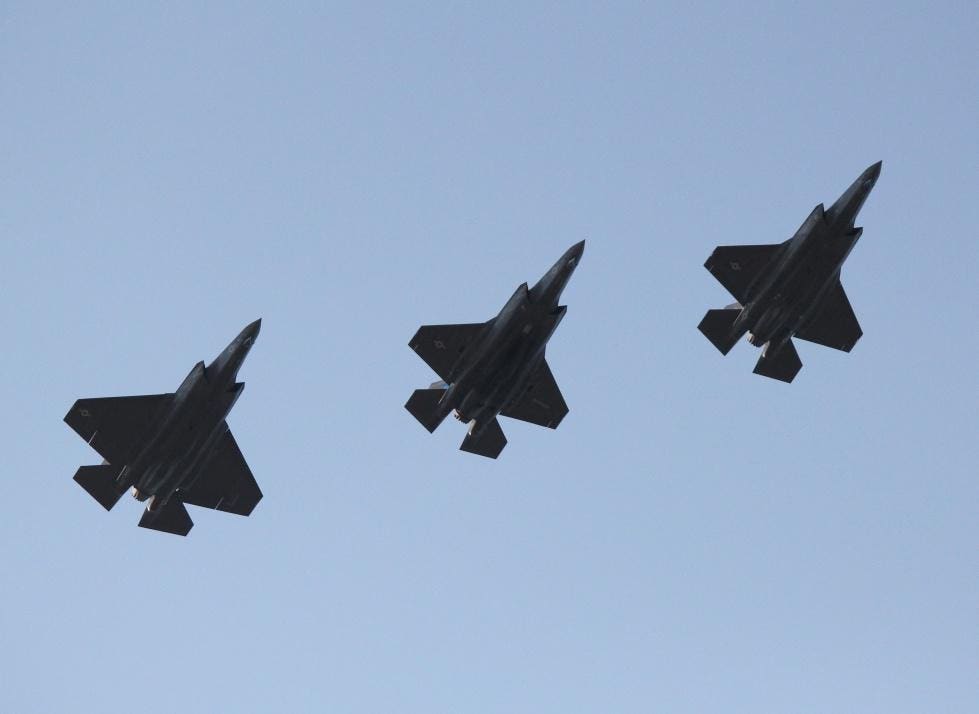 Suddenly, The F-35 Fighter Is Everywhere

The F-35 fighter is fast becoming ubiquitous around the world as doubts about its performance and affordability disappear.

NoobWannaLearn said:
Will amca have EOTS or IRST anyone knows?
Click to expand...

I am not sure about this. Personally speaking, I am expecting to see an EOTS like sensor (like the one found on F-35) in AMCA mk-2. In Mk-1 it will be IRST, like in SU-57. Recently a wind tunnel model of AMCA was unveiled and it was having IRST in it.

NoobWannaLearn said:
Will amca have EOTS or IRST anyone knows?
Click to expand...

As per he wind tunnel models AMCA Mk.1 is expected to have IRST. EOTS will be fielded in AMCA Mk. 2.

Dark Sorrow said:
As per he wind tunnel models AMCA Mk.1 is expected to have IRST. EOTS will be fielded in AMCA Mk. 2.
Click to expand...

Will it be true fifth gen then? Or just mk2 will be?

NoobWannaLearn said:
Will it be true fifth gen then? Or just mk2 will be?
Click to expand...

Aircraft development is a continual process. You develop technologies and modify/assimilate the developed technology in your aircraft. One doesn't develop new aircraft with technological improvements.

Aircraft development is a continual process. You develop technologies and modify/assimilate the developed technology in your aircraft. One doesn't develop new aircraft with technological improvements.

Aha I see will fufa be a 6th gen then?

NoobWannaLearn said:
Aha I see will fufa be a 6th gen then?
Click to expand...

FUFA will start with a mix of 5th generation and 6th generation characteristics. and then will improve further.
F

Wisemarko said:
“Meanwhile, F-35 pilots, of whom 1,700 have been trained, continued to fly training and operational missions, having accumulated well over half a million flight hours.” (500,000>10,000 in US)

Suddenly, The F-35 Fighter Is Everywhere

The F-35 fighter is fast becoming ubiquitous around the world as doubts about its performance and affordability disappear.

Better simulators are available for F-35 reducing the need for higher flight time per month. 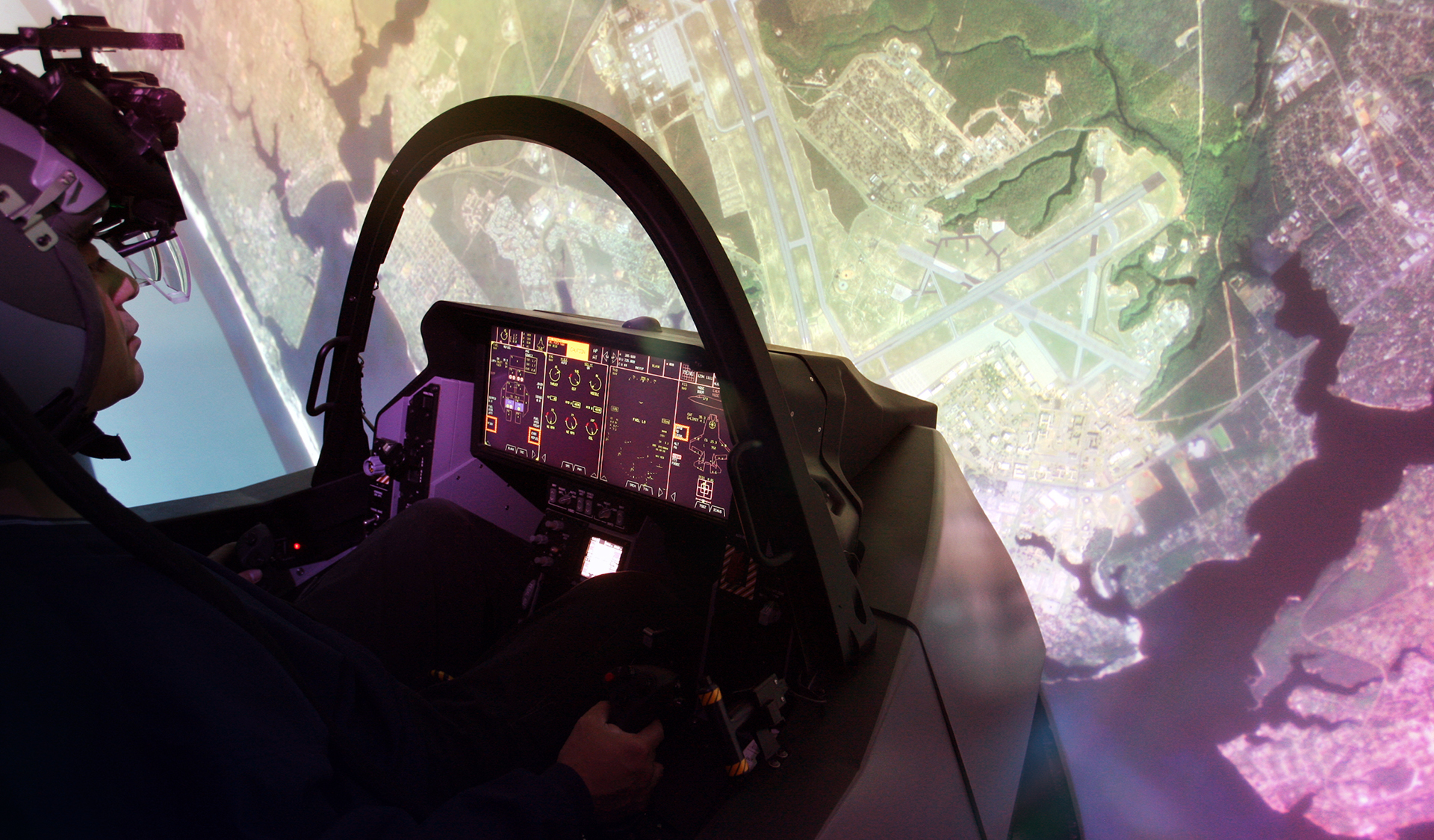 The F-35 Lightning II Pilot and Maintenance Training systems are designed to blend together a variety of training media to create a total training solution for the state-of-the-art F-35 weapon system.

In India such simulators have been developed for Tejas and MKI reducing the need for higher flight time per month.
F

Simulators don't explain why with more and more F'35 delivered every month, the flying hours per month or per year don't change.
Remember to be a NATO pilot you need to make more then 18 hours / month for each pilots and there are 1700 of them.

Dark Sorrow said:
FUFA will start with a mix of 5th generation and 6th generation characteristics. and then will improve further.
Click to expand...

NoobWannaLearn said:
So we can expect a fufa mk2 too with more advanced technology
Click to expand...

Its to early to speculate but logical conclusion at this stage would be yes.

Dark Sorrow said:
Its to early to speculate but logical conclusion at this stage would be yes.
Click to expand...

Nice I suppose no work has started on this project yet? So will see it in late 30s

NoobWannaLearn said:
Nice I suppose no work has started on this project yet? So will see it in late 30s
Click to expand...

The project is in conceptual stage. We are still identifying its perspective required specification.

Dark Sorrow said:
The project is in conceptual stage. We are still identifying its perspective required specification.
Click to expand...